Over the past 24 years, Damasko has pushed the durability of the mechanical watch to its absolute limit, through in-house developed, patented technologies. The DC 56 Si exemplifies this by passing extensive Airbus endurance testing, earning status as the official watch of German Eurofighter pilots.

The DC 56 Si is Damasko’s pure expression of the modern pilot’s chronograph, with an enhanced movement and silicon hairspring. The dial stays true to the core principles of the pilot’s watch, featuring easy to read, bold numerals and markers, as well as large hands and their signature offset date. The chronograph functions add a layer of technical complexity but not distraction, as they’ve been well-incorporated into the design. At 40mm it’s a comfortable all-day size as well. In true form, the DC 56 Si’s modest appearance belies the bounty of tech it holds, including an ice-hardened steel case (the black version also features their DAMEST® coating), magnetic field protection and Damasko’s patented crown and gasket systems. (More on the tech below the gallery)

Watches are hand-built and ship within 4-6 weeks of order. 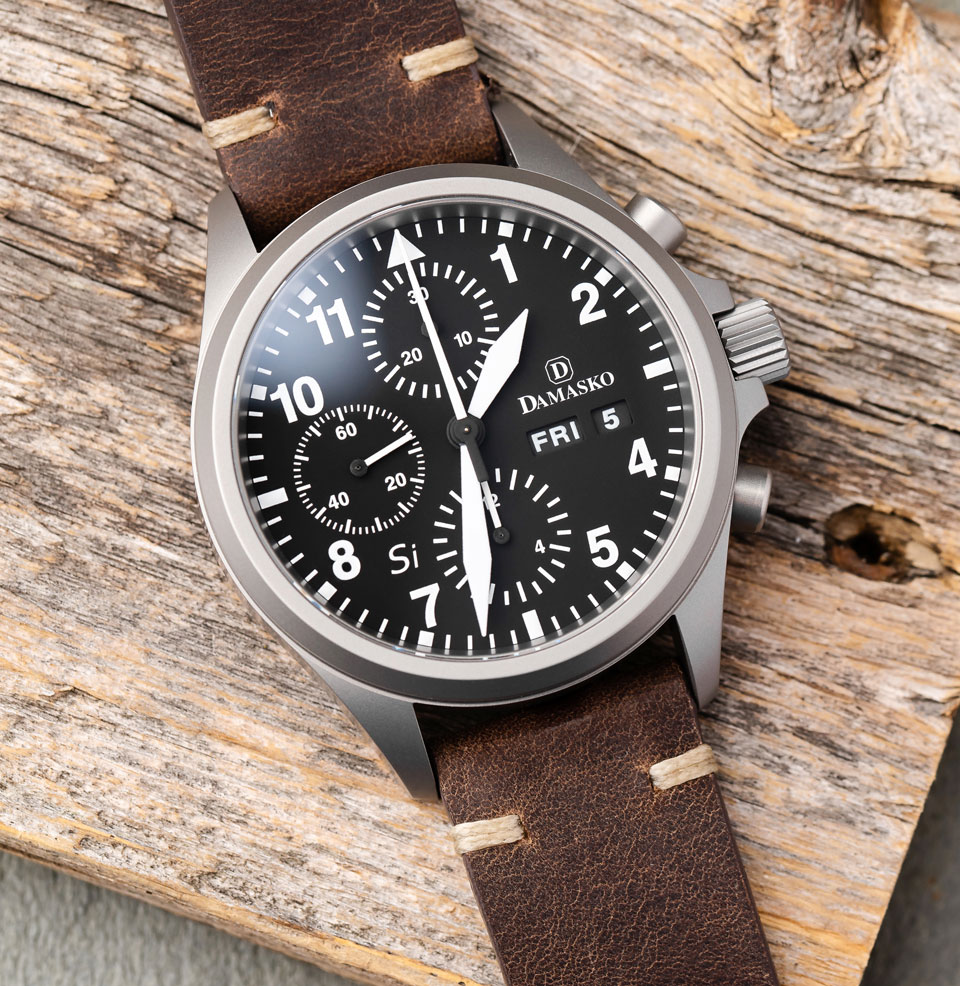 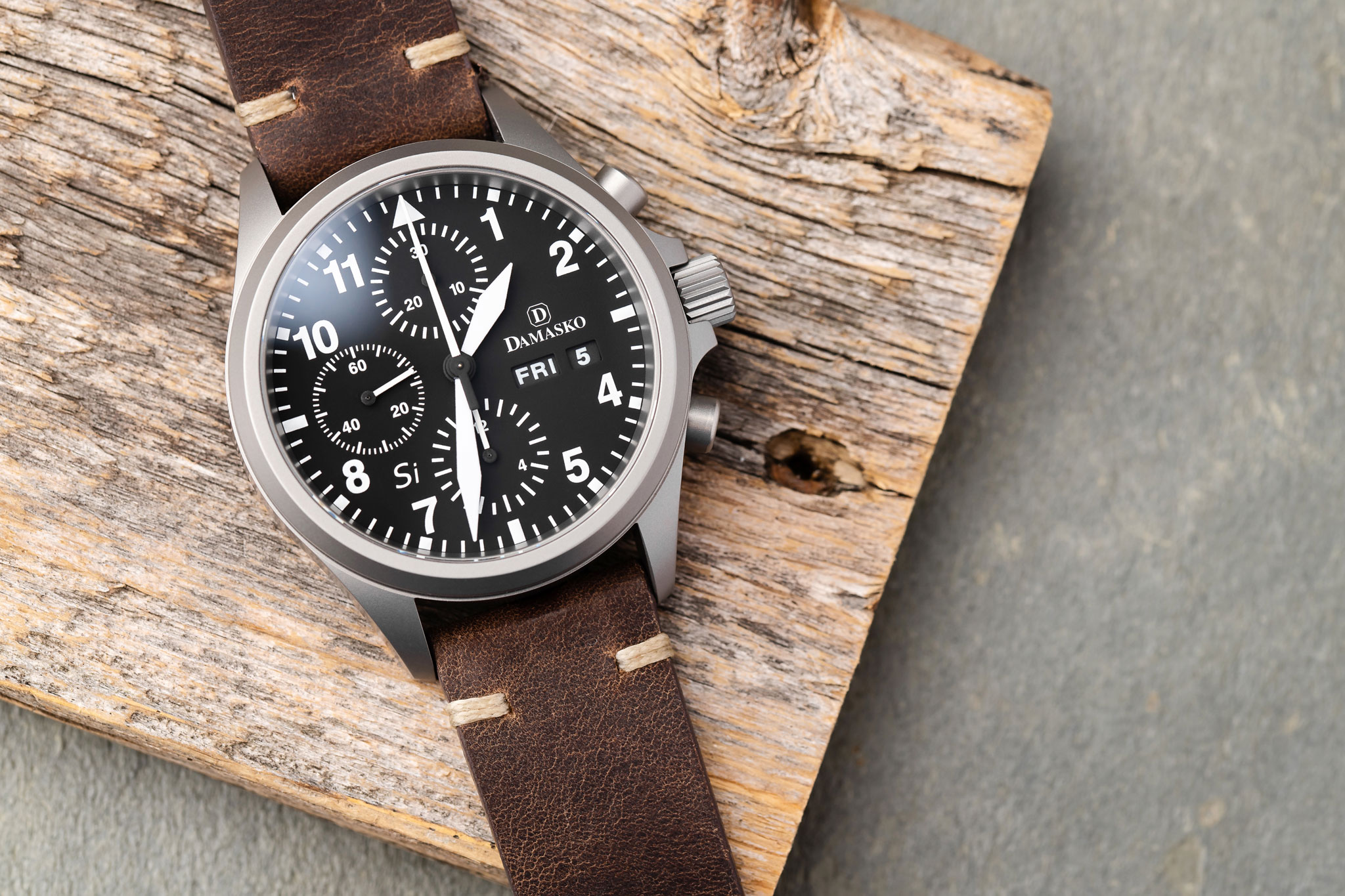 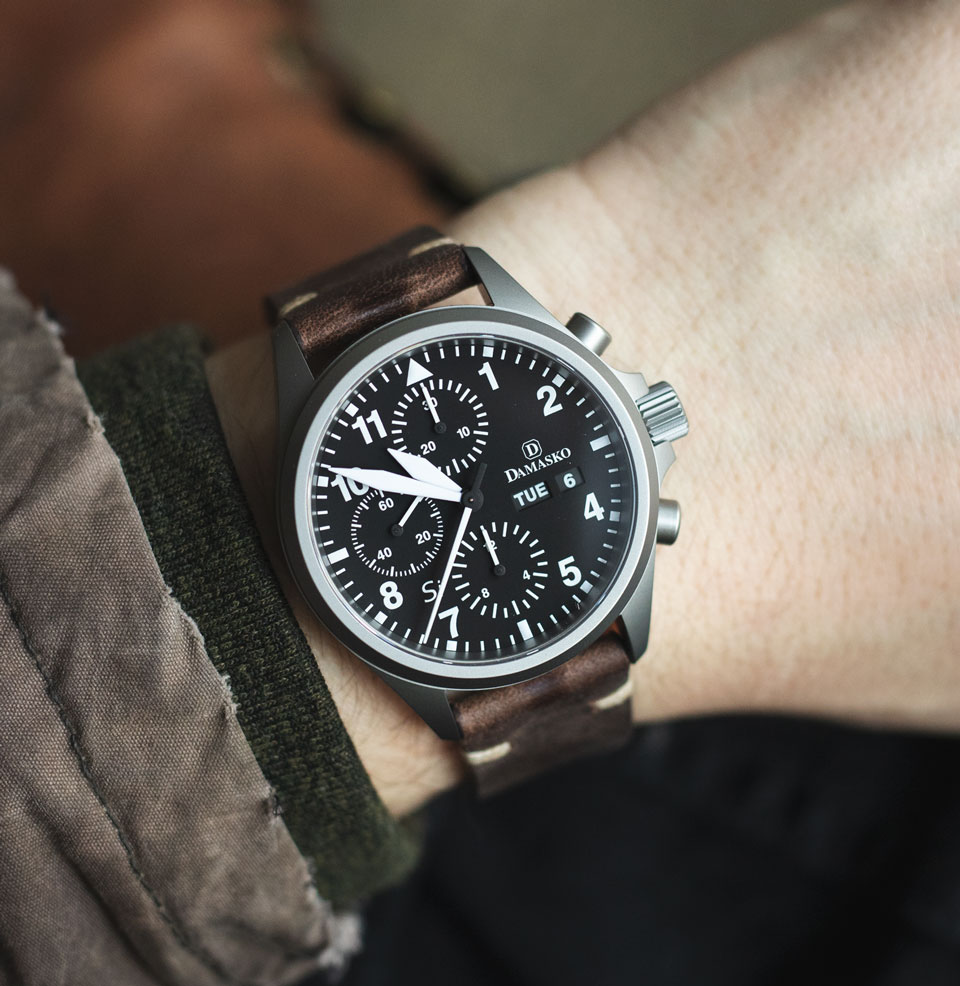 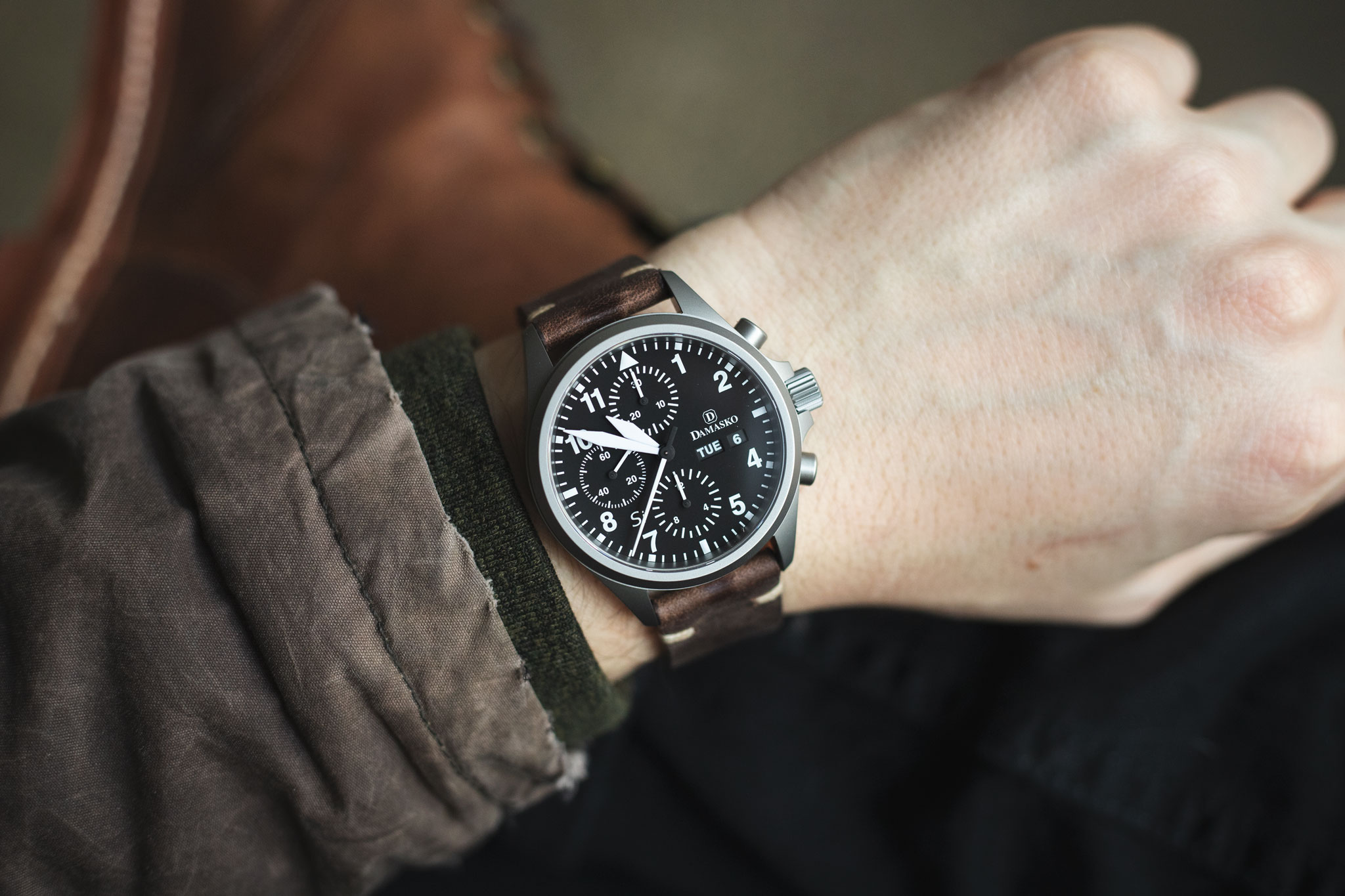 40mm on a 7" wrist
The DC 56 Si wears exceptionally well for an automatic chronograph, and has a classic, rugged feel. 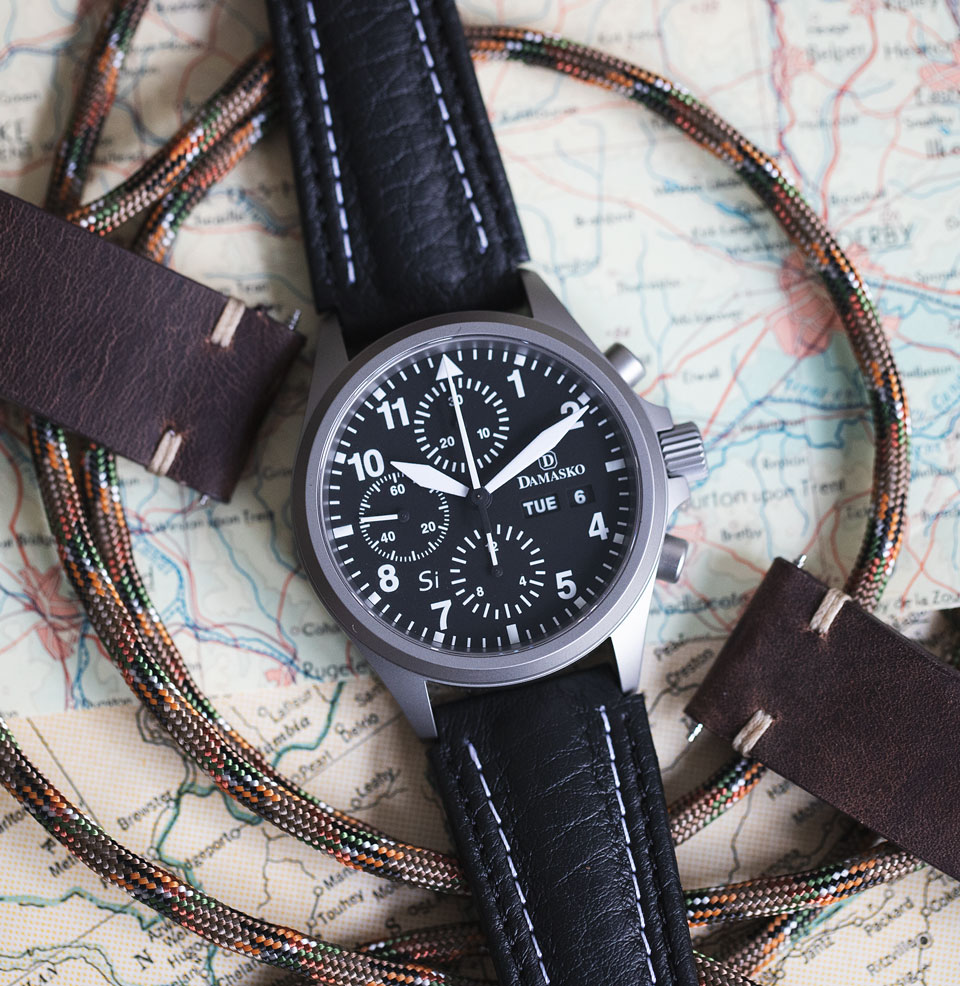 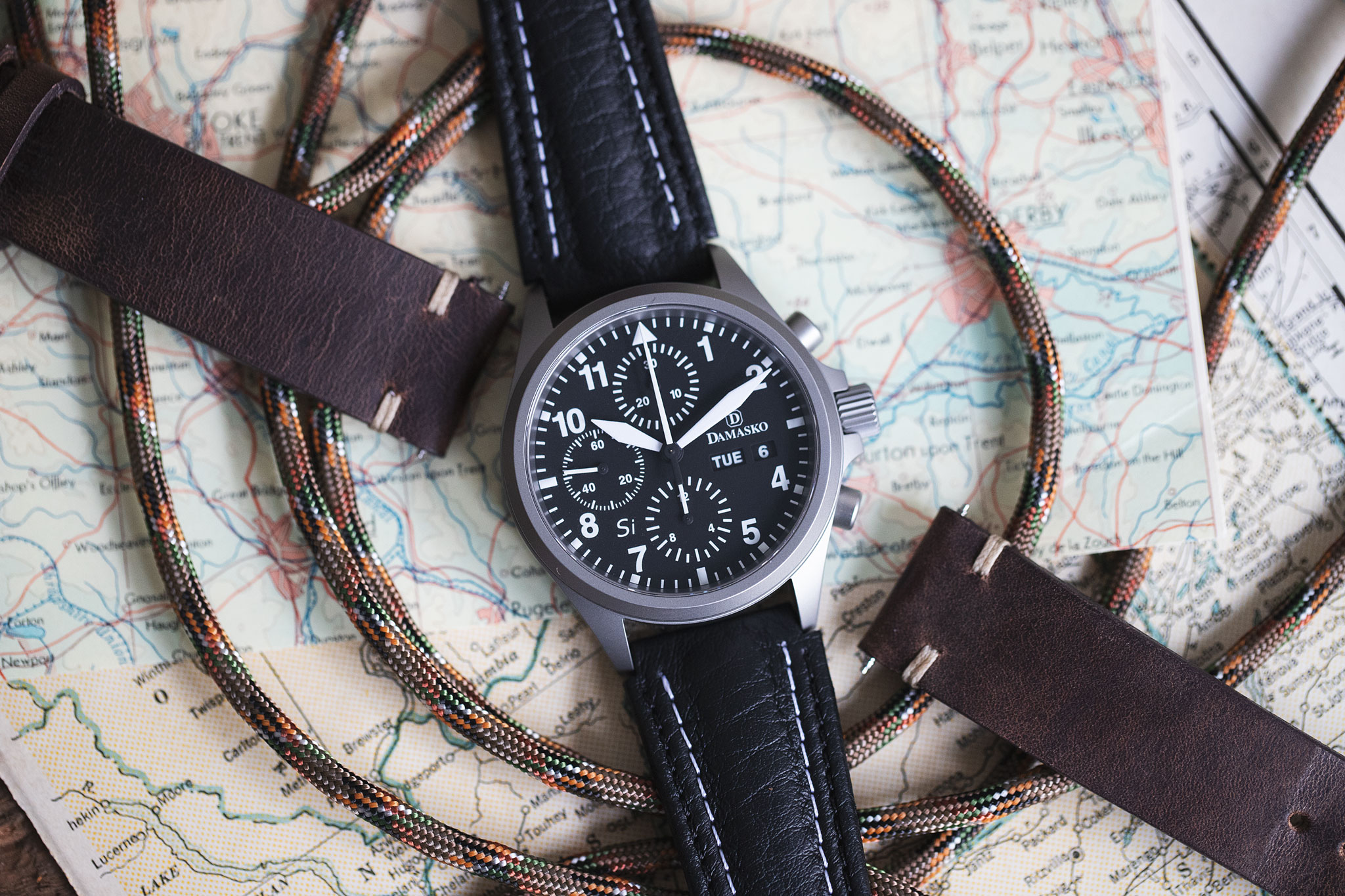 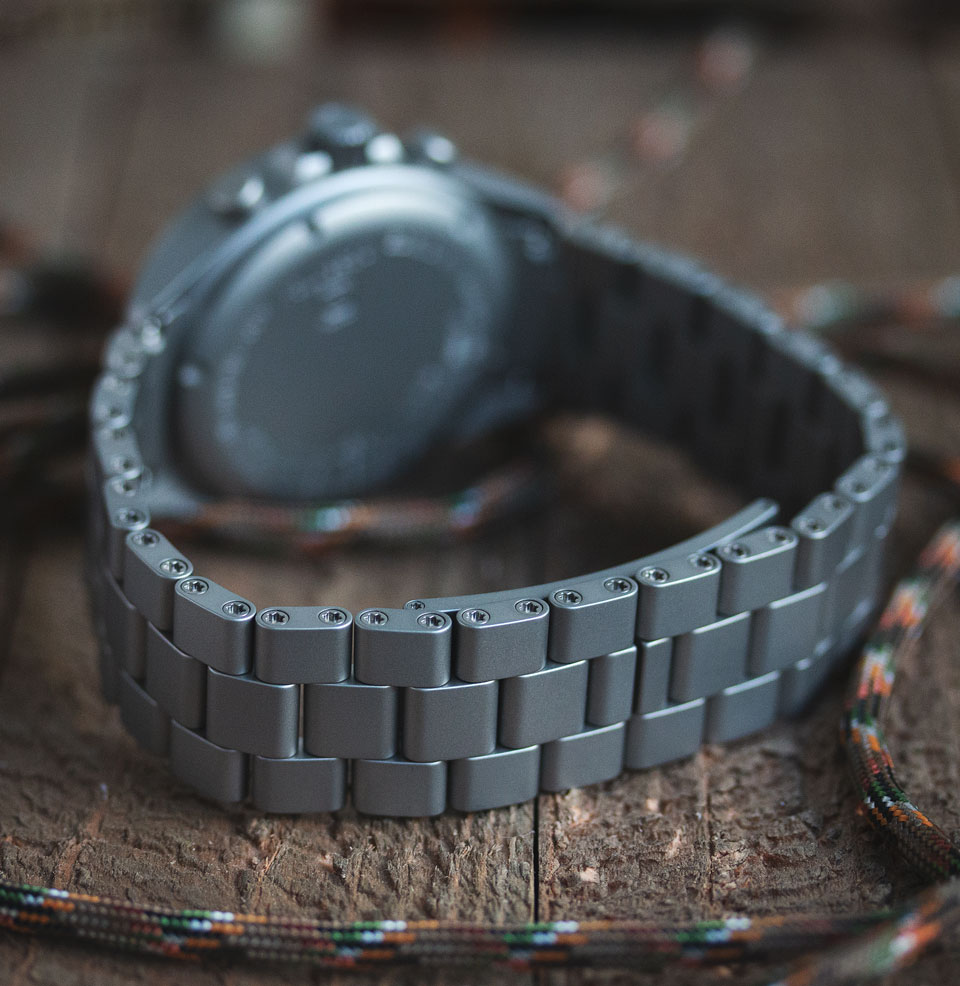 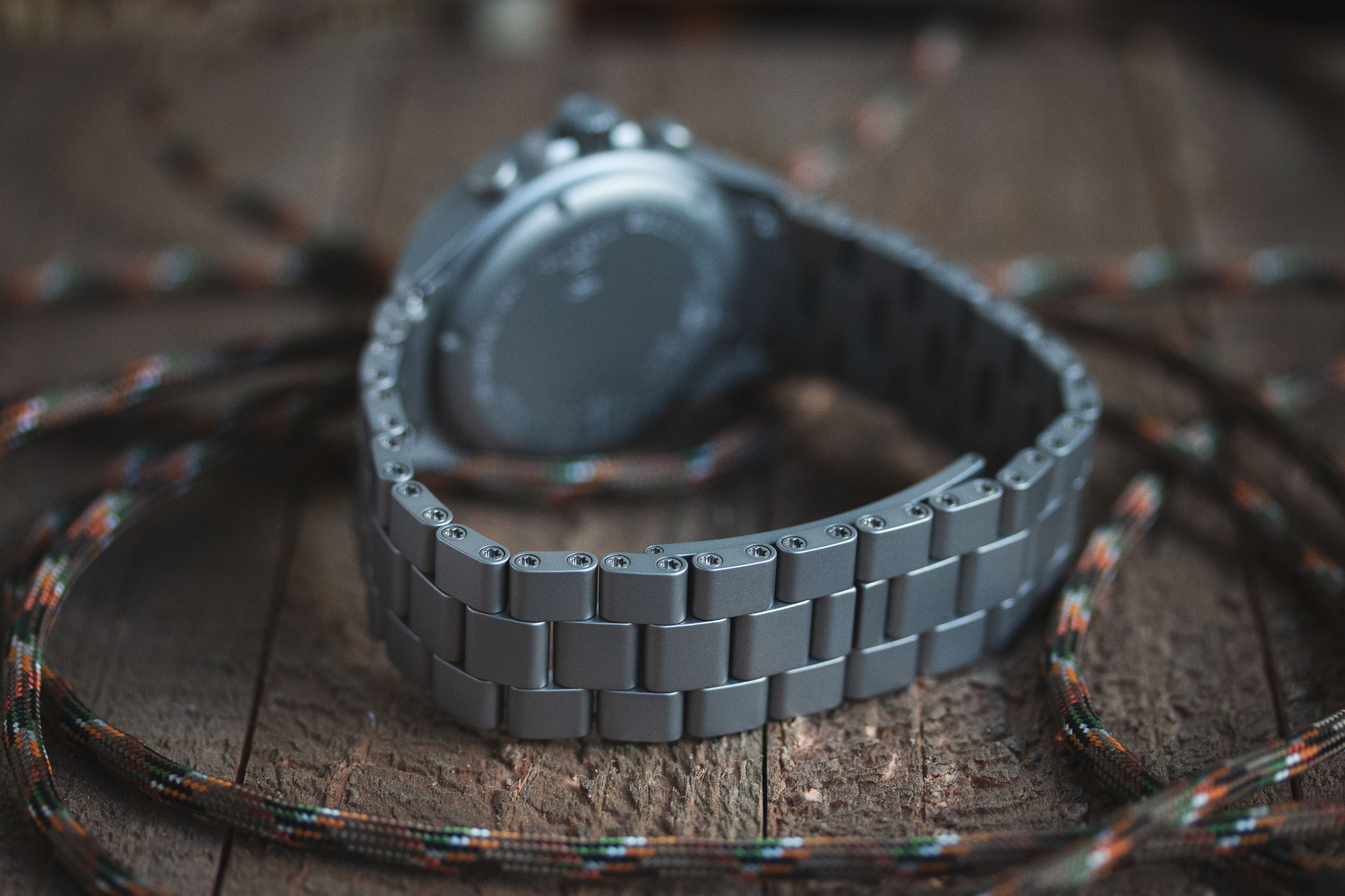 Optional Ice-hardened Bracelet
The ultimate accessory for the DC 56 Si, the bracelet is fully hardened and tough as nails 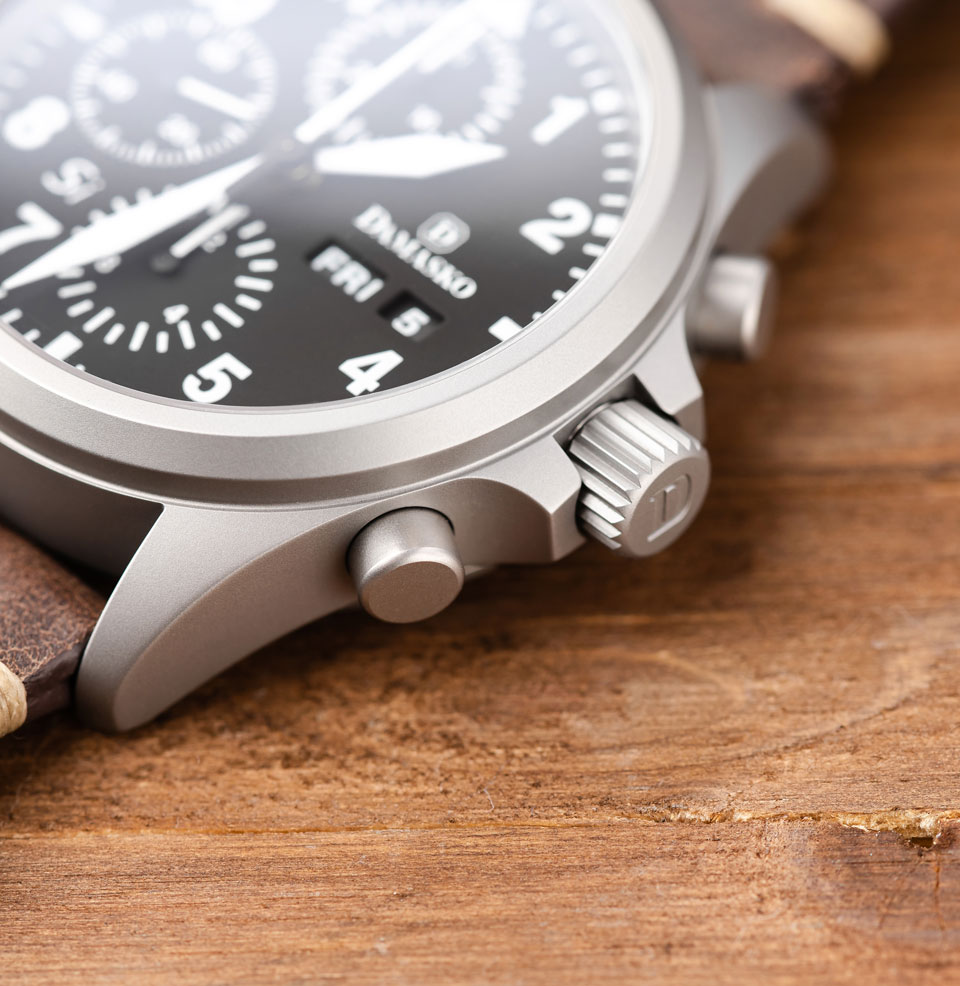 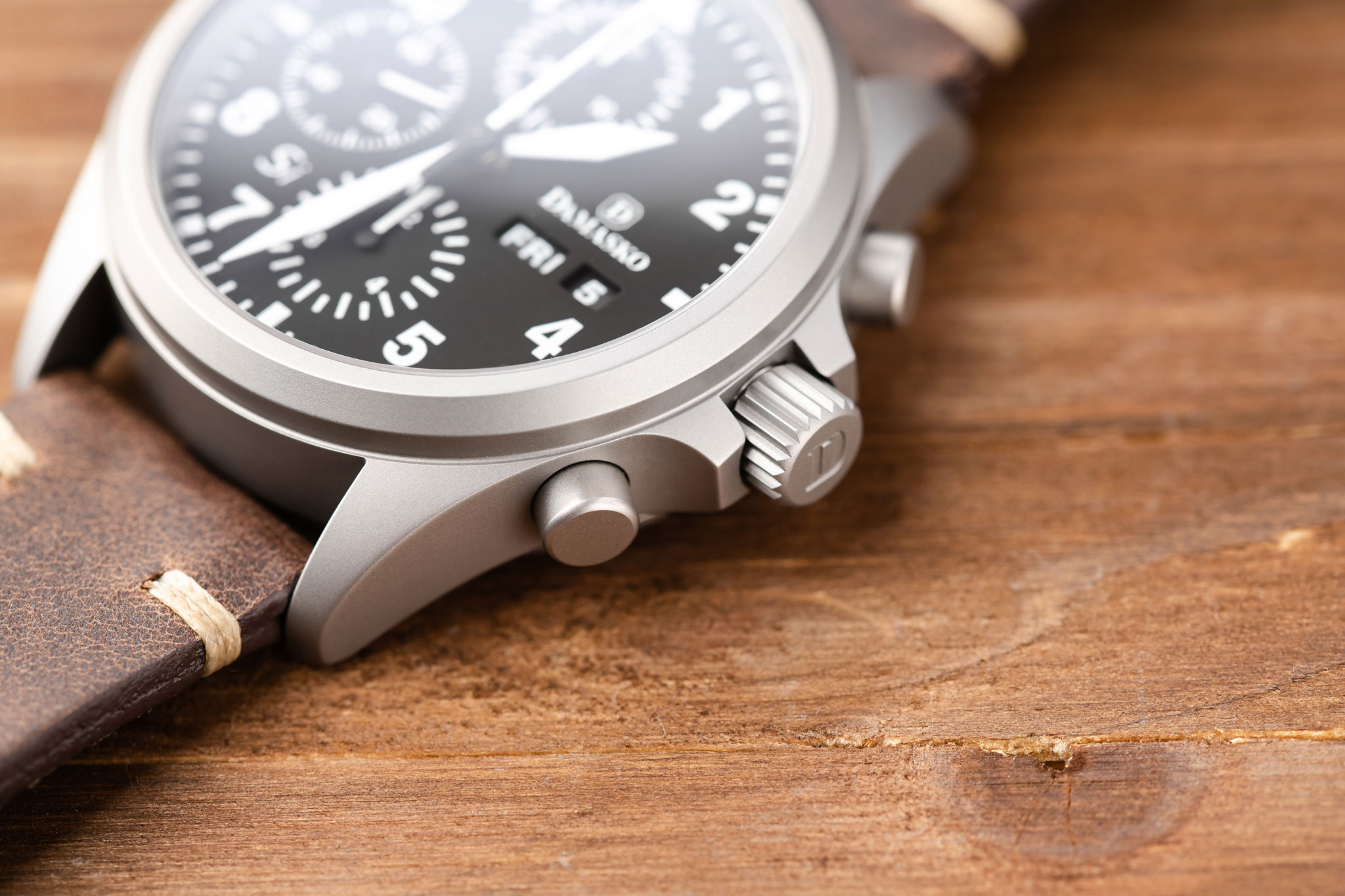 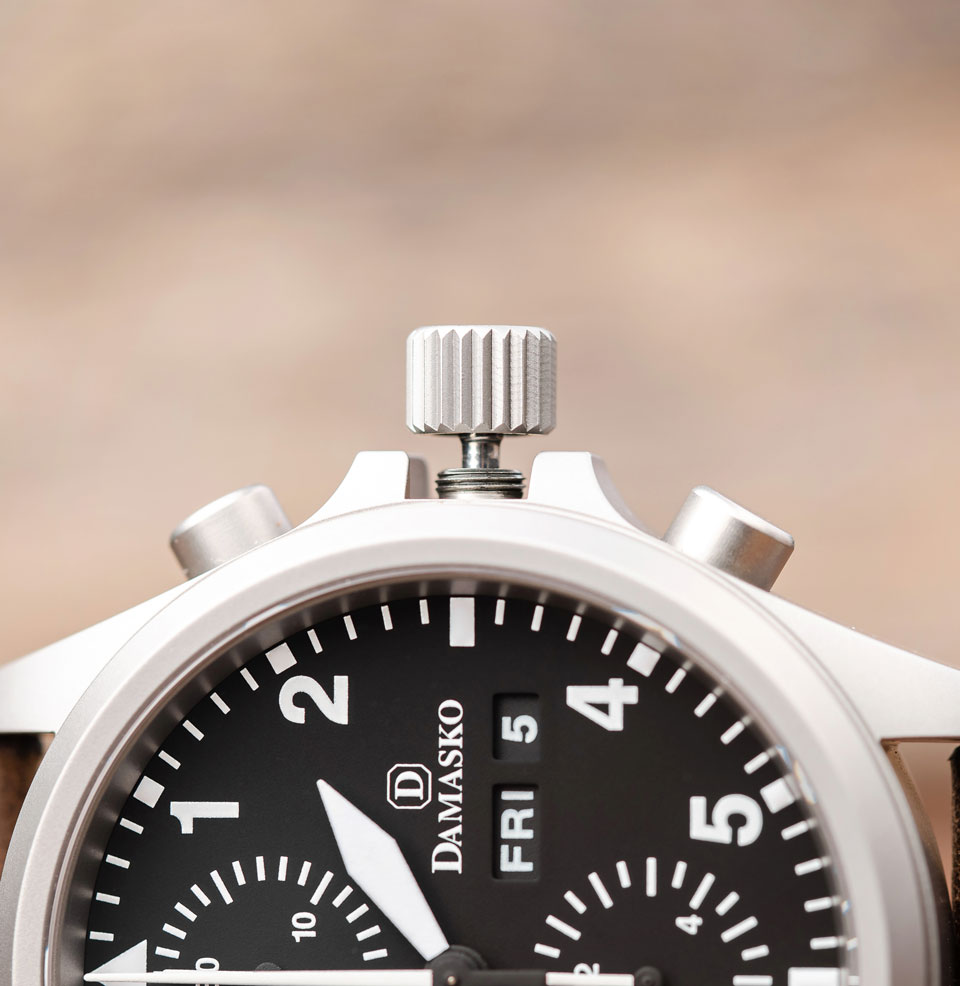 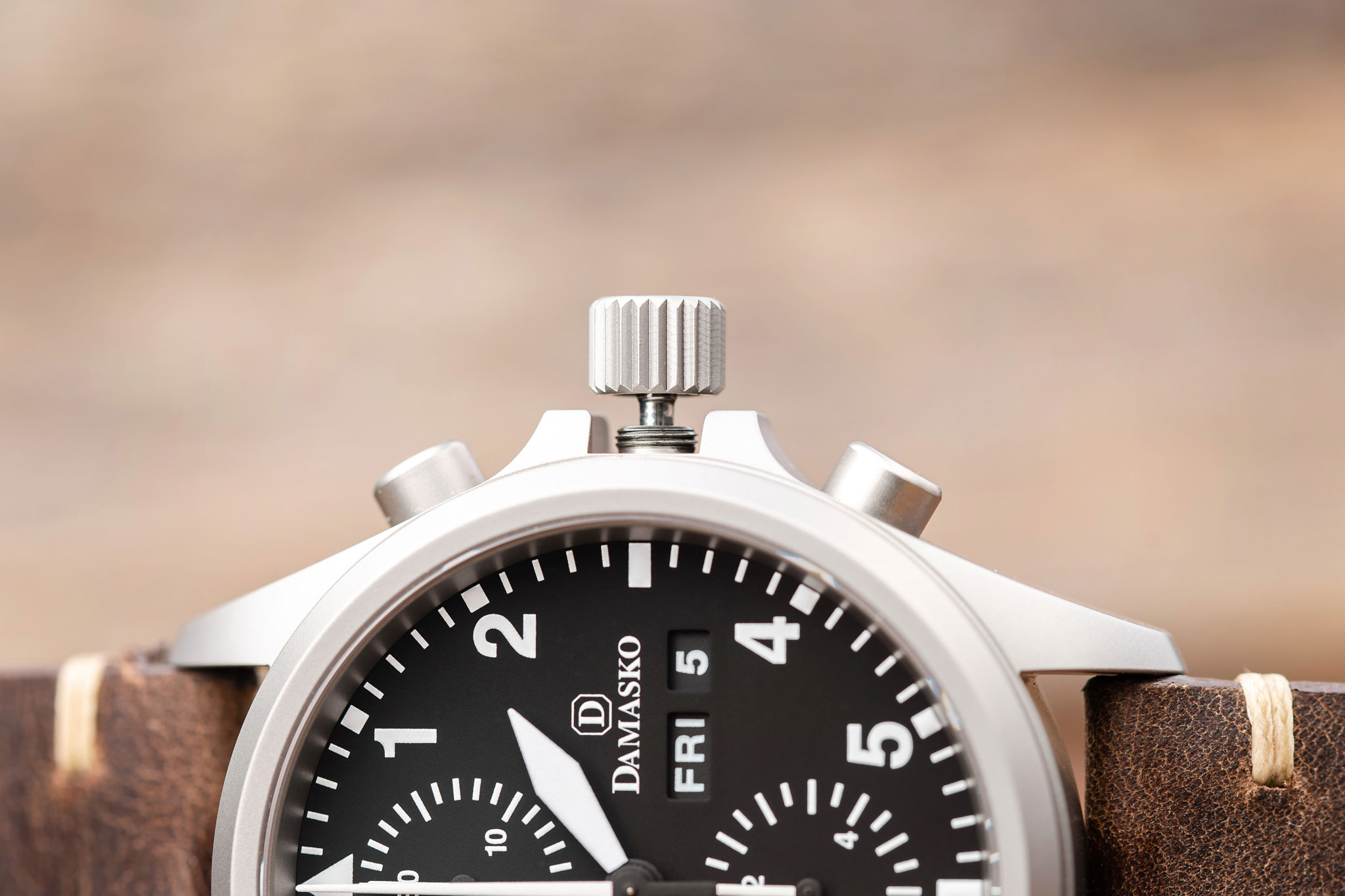 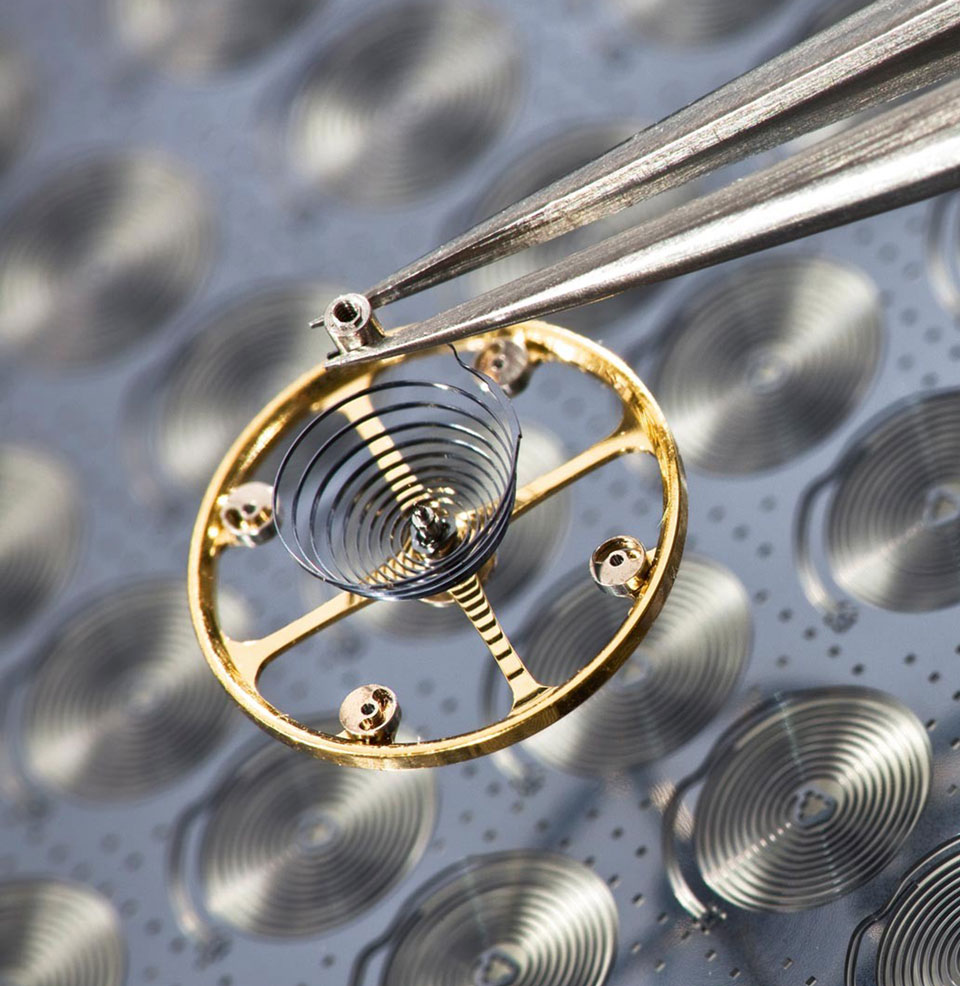 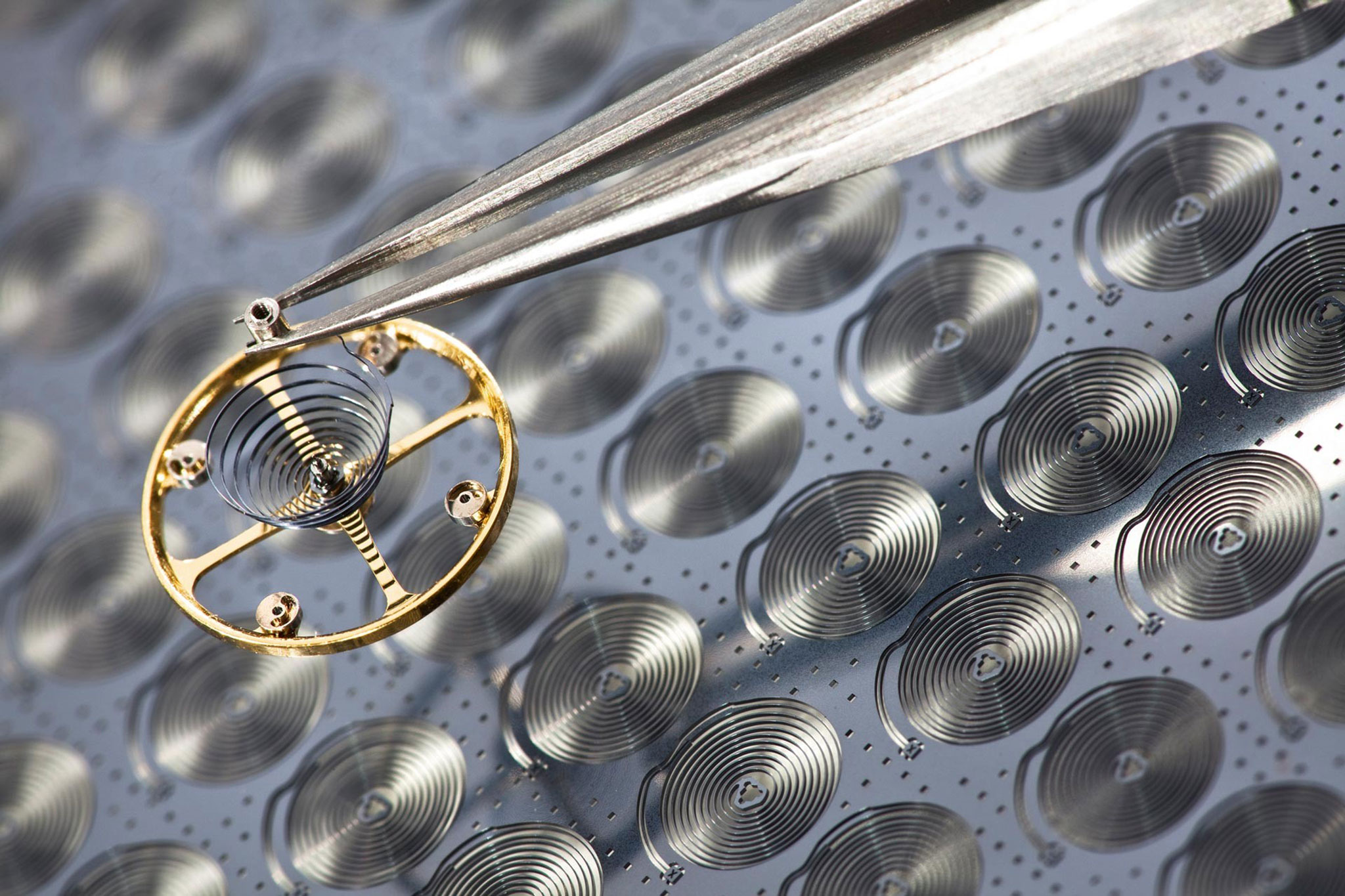 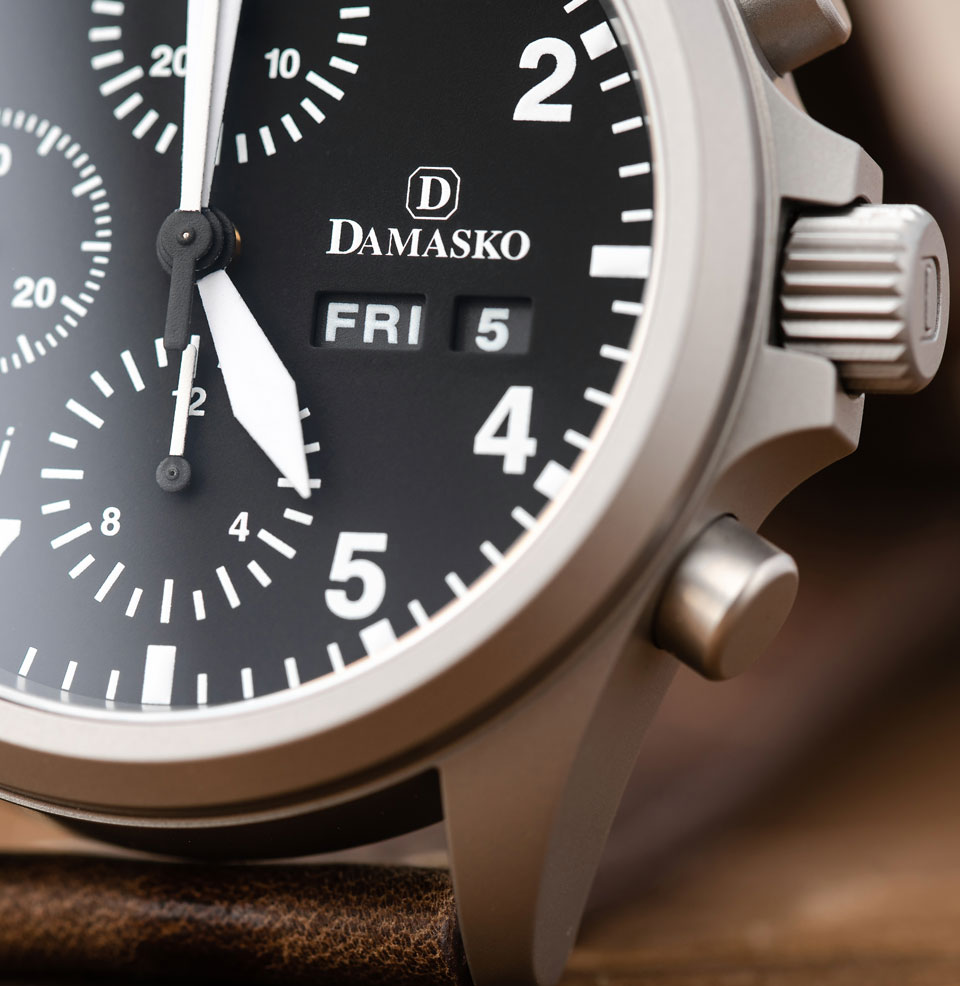 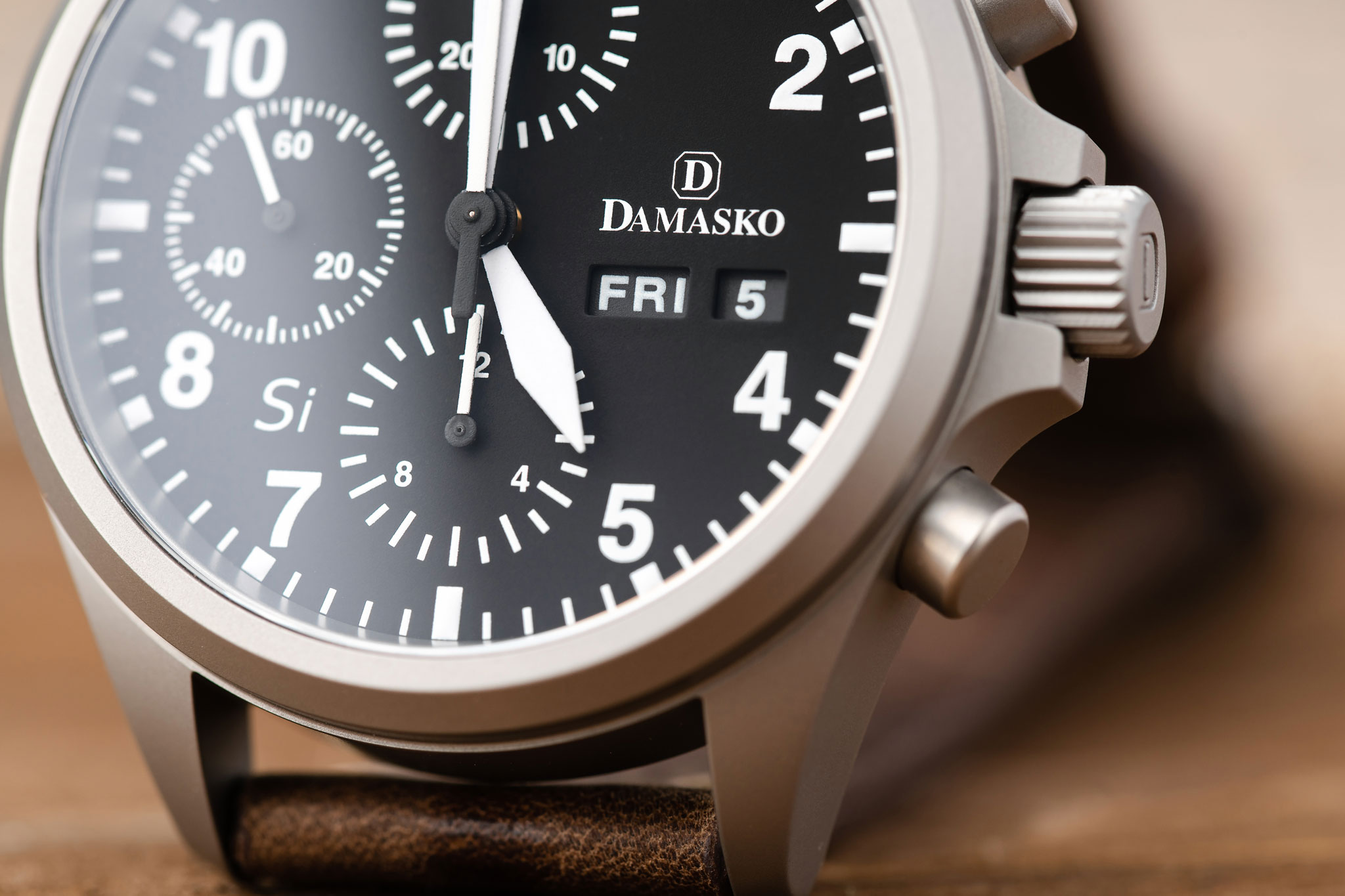 Offset Day / Date Window
The 7750 movement has been fit with custom day + date disks, allowing for the unique offset display 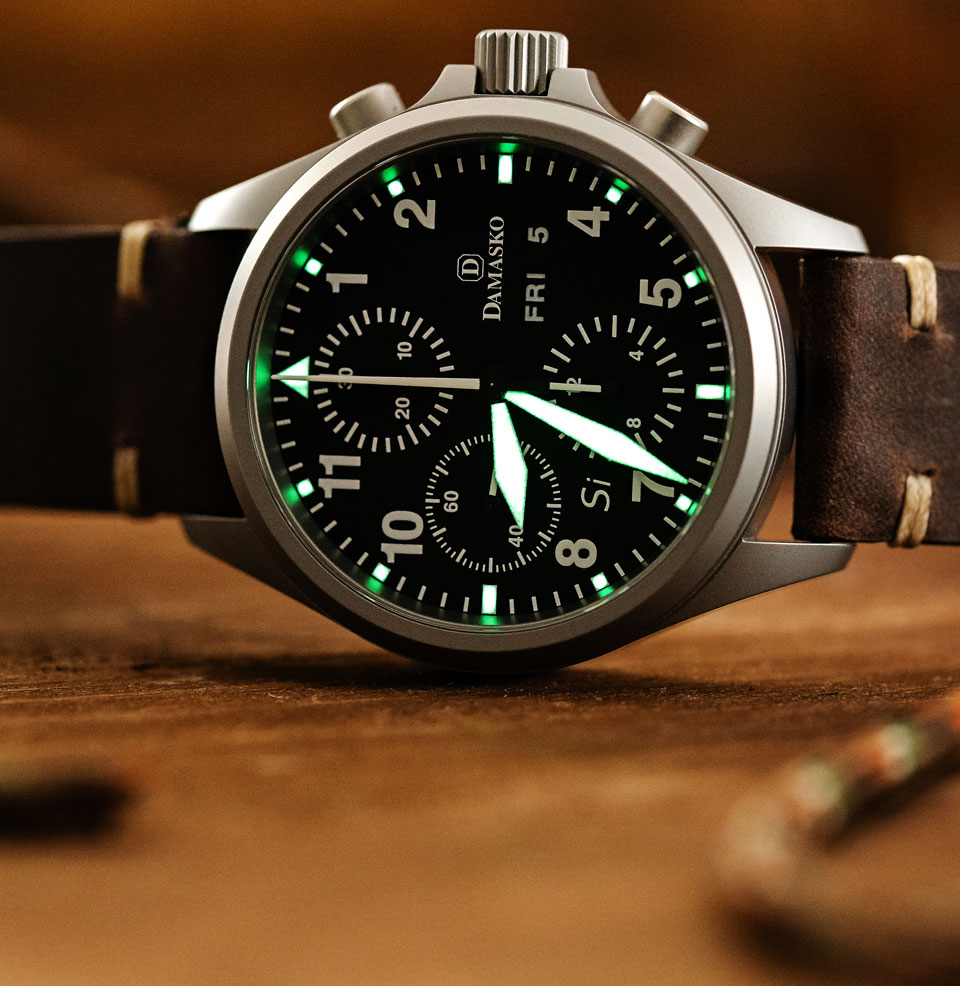 Bright green lume on the dial and hands
+ 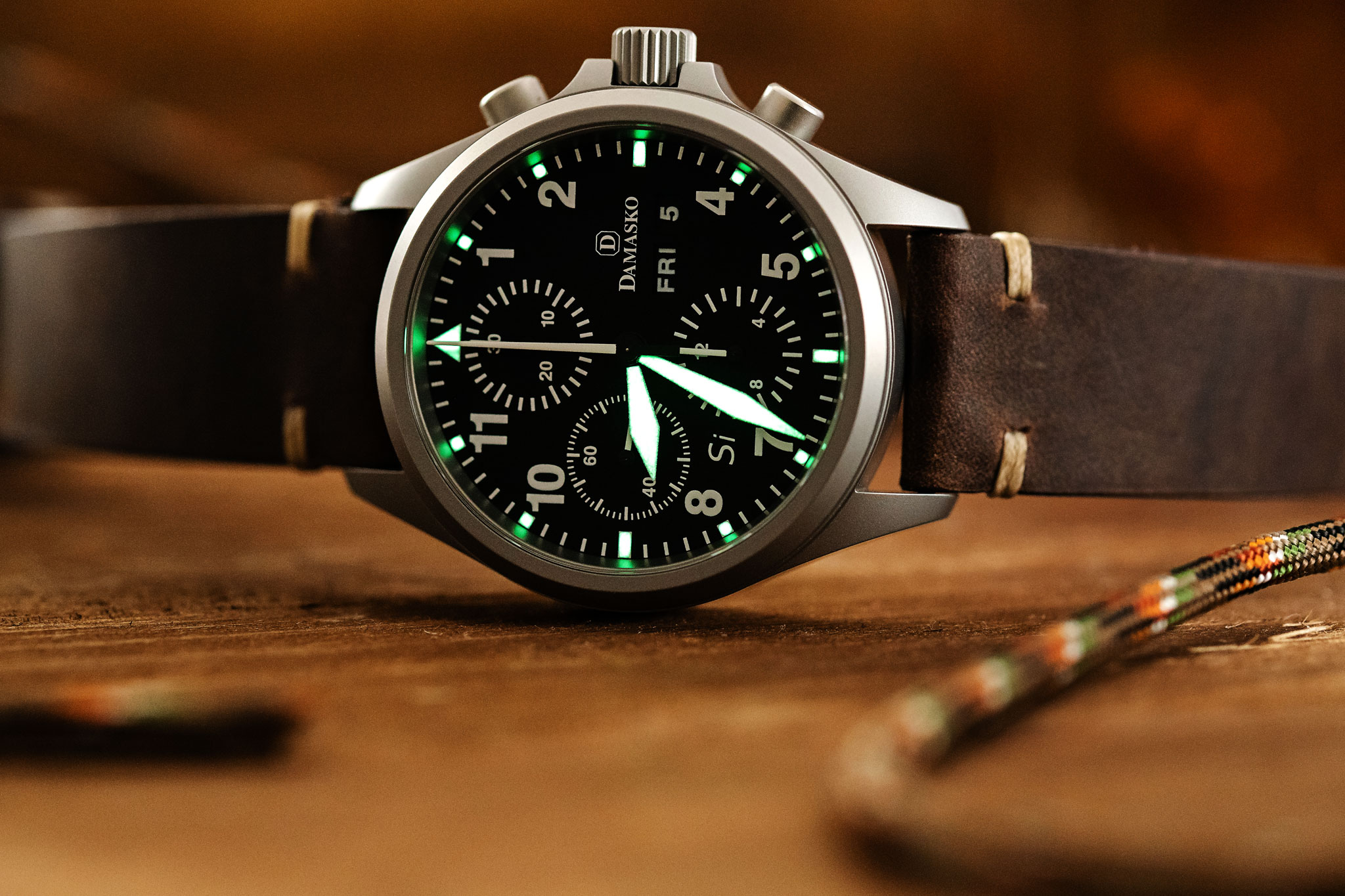 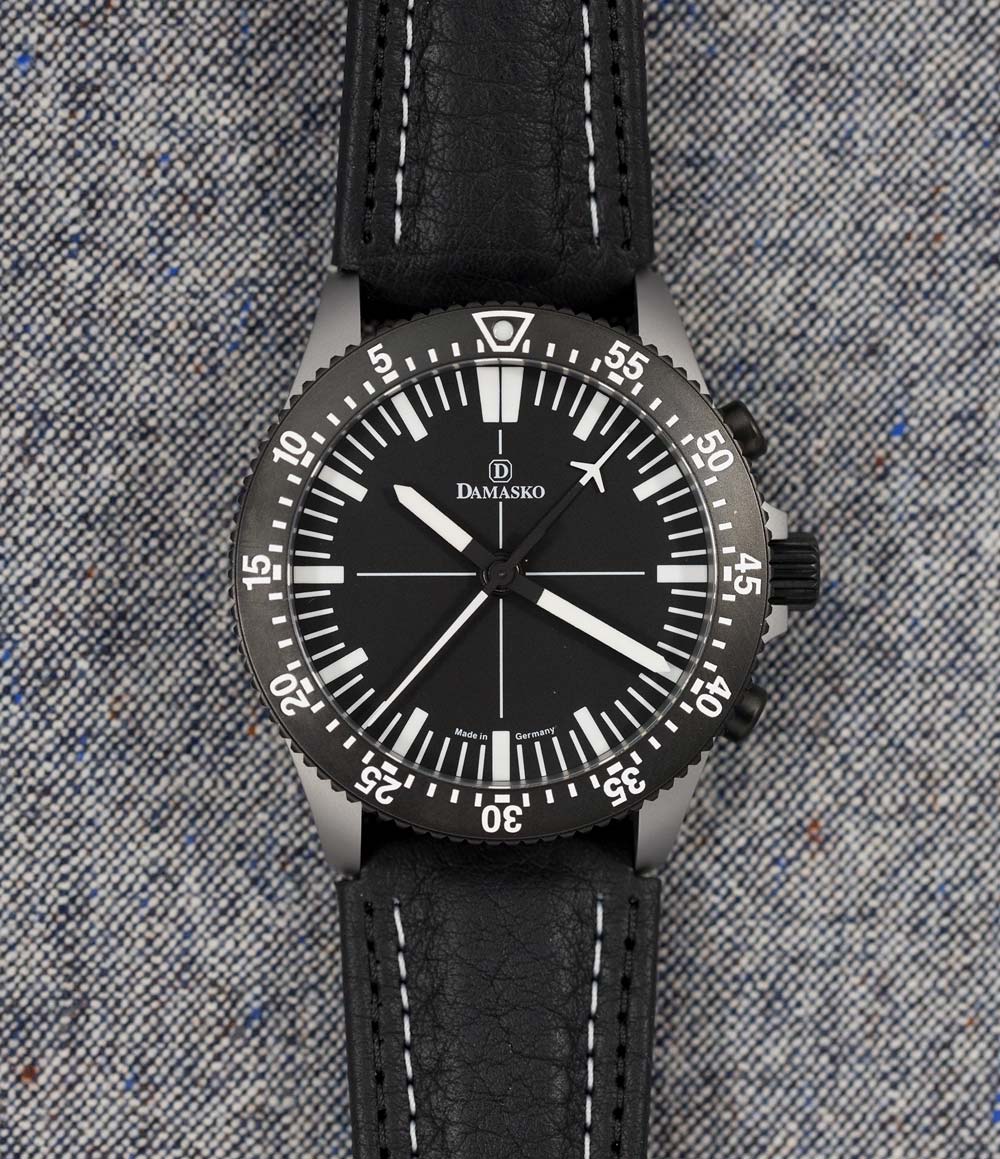 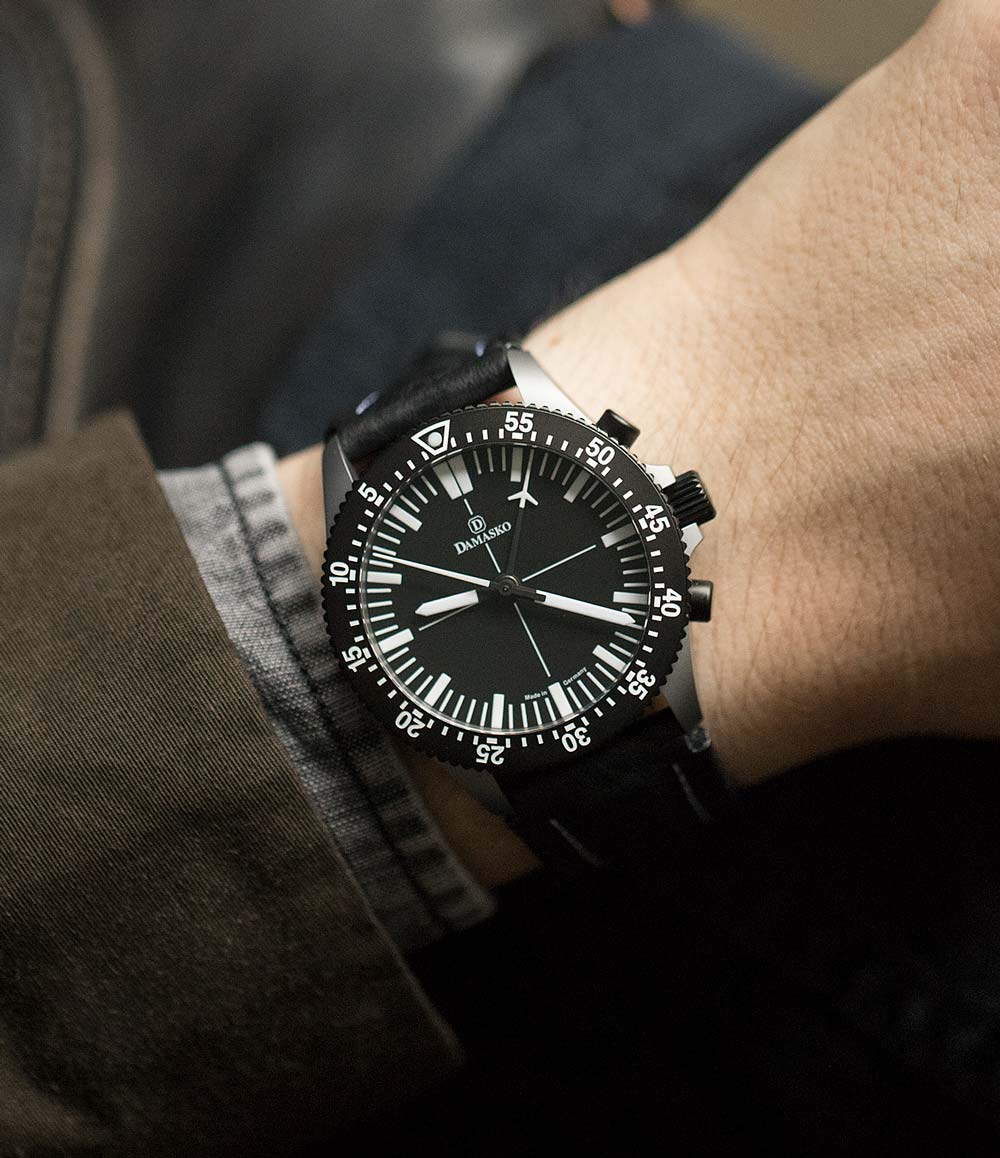 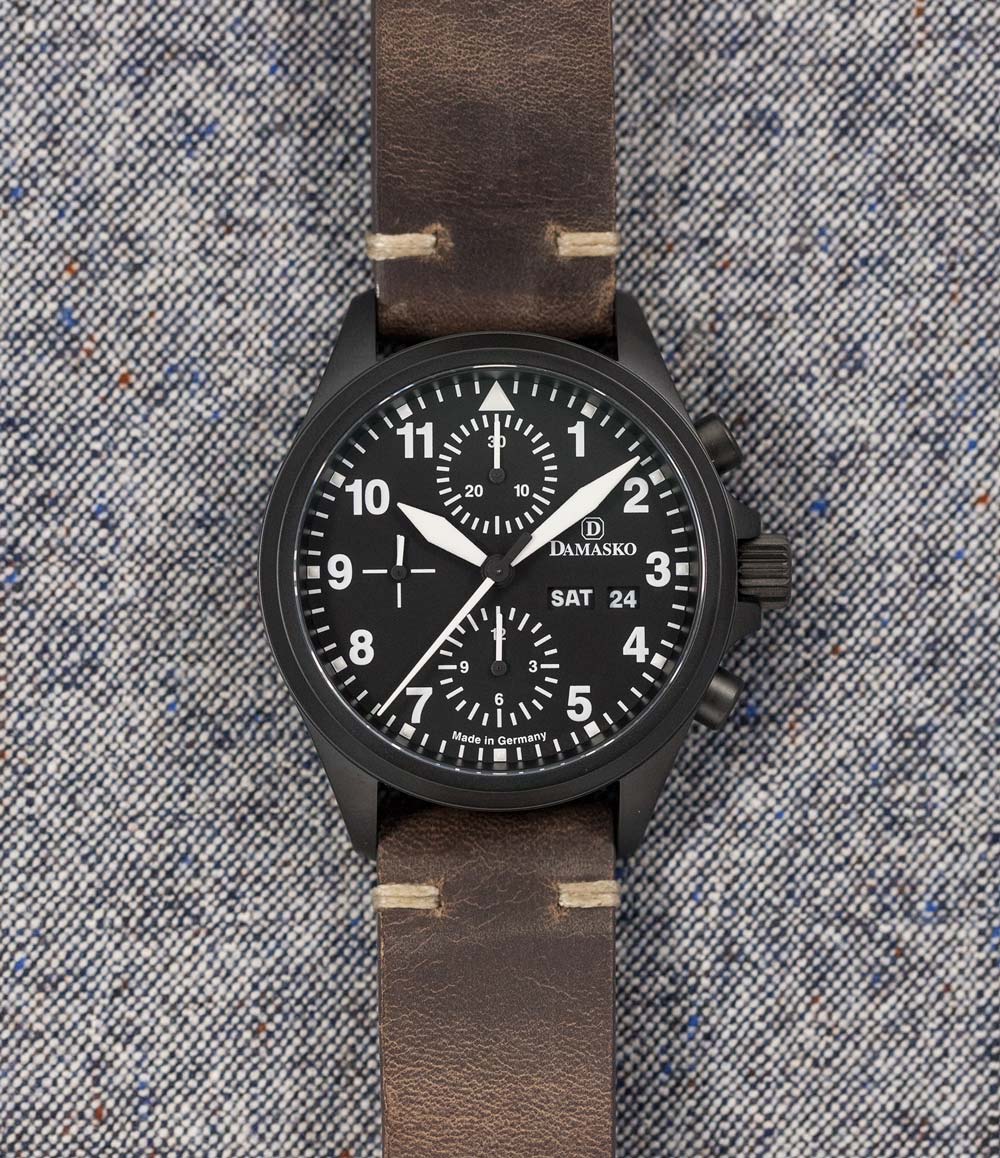 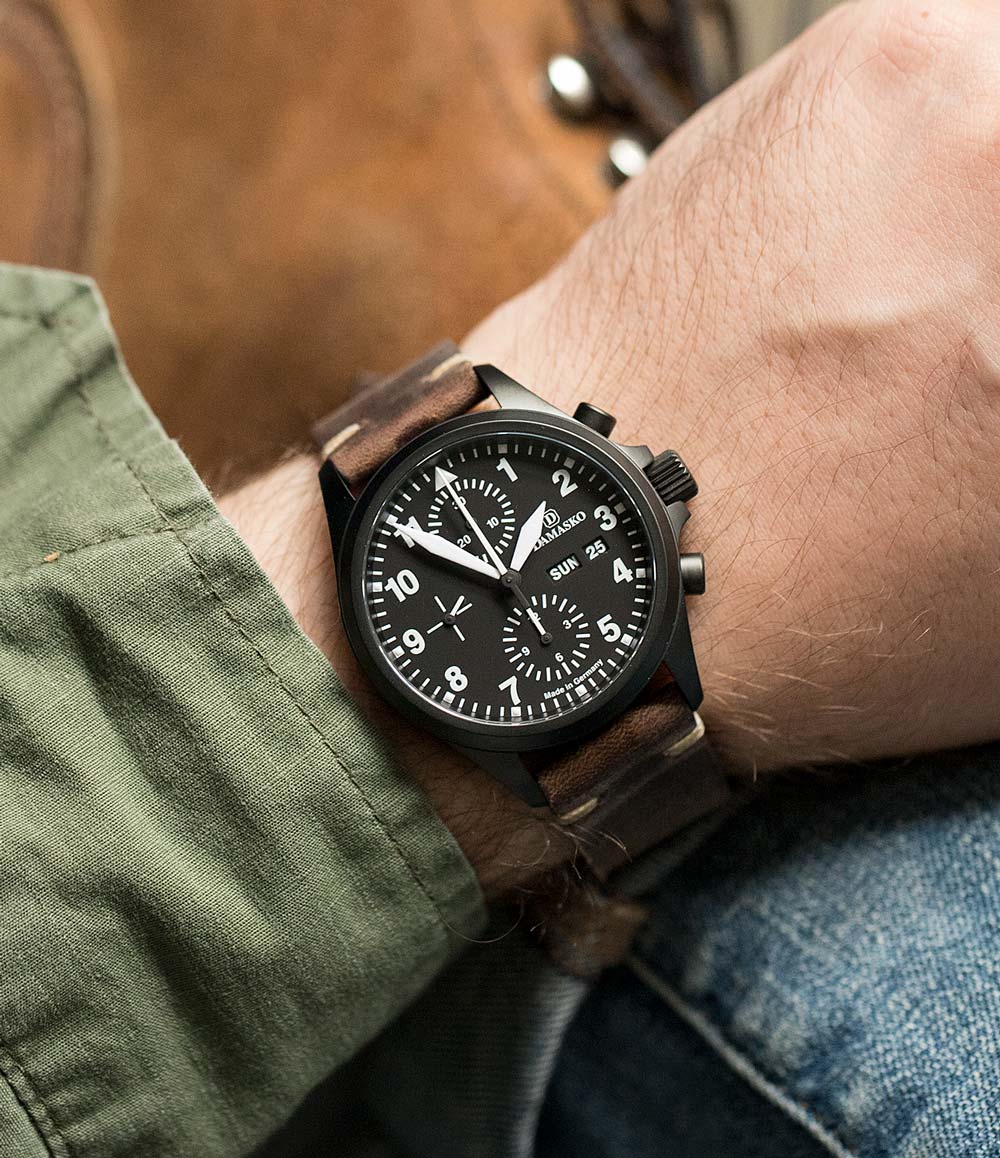 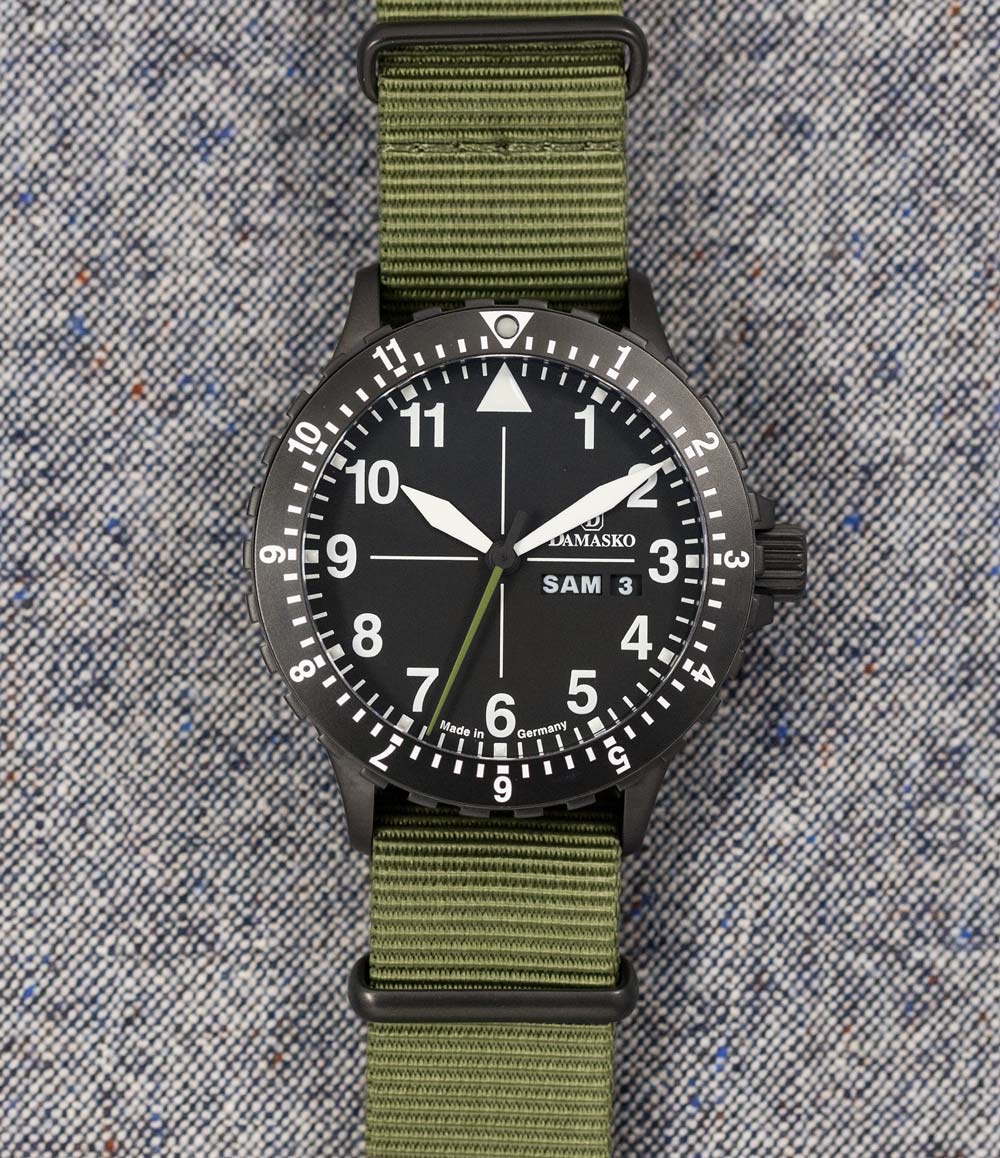 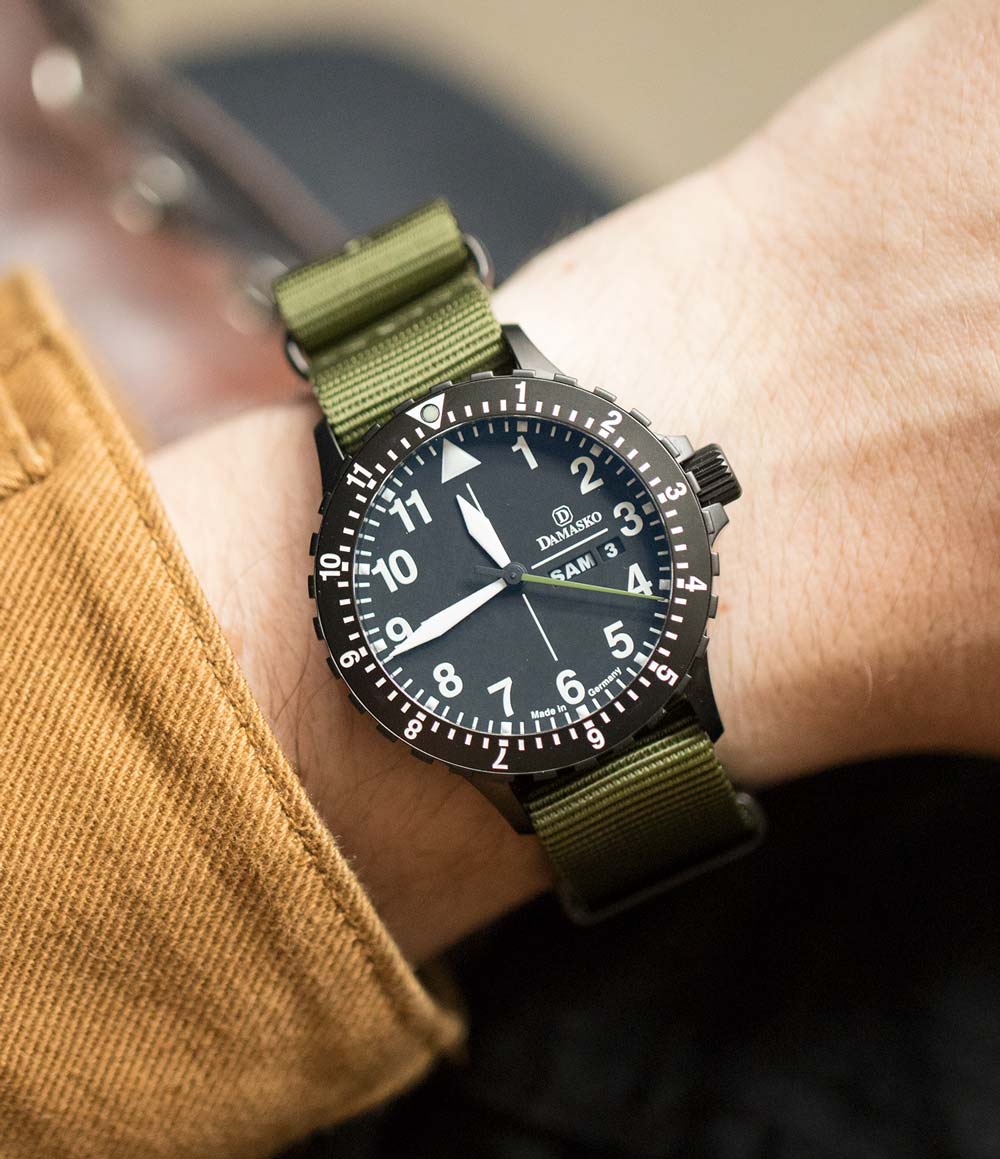 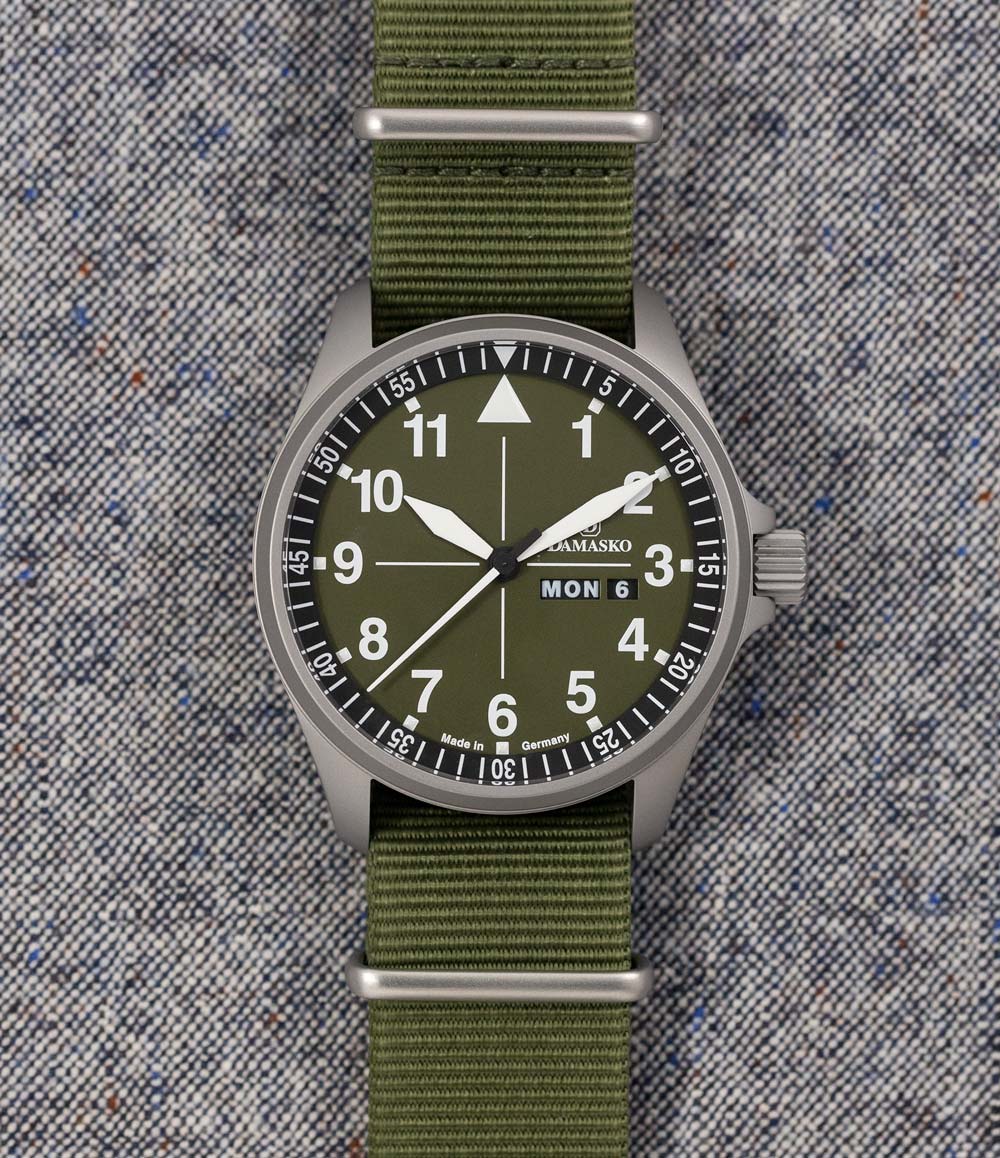 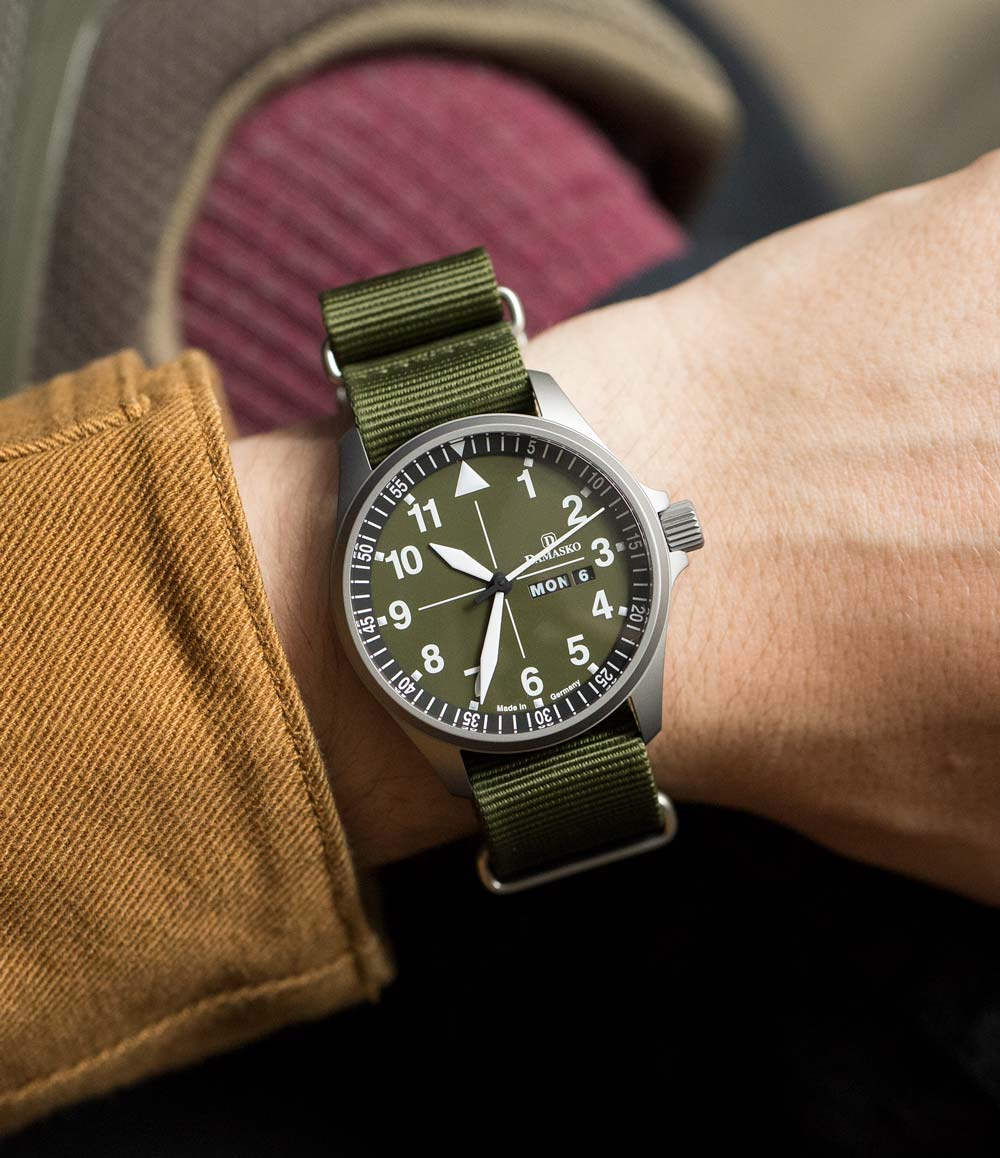