Add To Cart
$995.00
Finish selections for price & availability
Free shipping on orders over $100 in the US
Hamilton
Khaki Field Murph Auto
The Watch worn by "murph" in Interstellar
Width
Dial
Email Me When Available
Item no longer available

Add To Cart
$995.00
Finish selections for price & availability
Free shipping on orders over $100 in the US

Eureka! The "Murph" watch is based on the custom Hamilton that was worn by the eponymous character in Christopher Nolan's hit sci-fi film Interstellar. Not just a fashion accessory for the character, the watch plays a critical role in the film, transcending time and space itself! Though originally not intended for release, due to the popularity of the film and overwhelming demand from enthusiasts, in 2019 Hamilton brought the Murph to life in a form very true to the one in the film, save one small detail. Subtly printed in off-white lacquer on the second hand is the work "Eureka" represented in morse code, a clever nod to the watch's true role in the film.

Apart from the film relationship, the Murph is a field watch with a distinctly early 20th century aesthetic. Featuring a 42mm brushed steel case with a polished bezel, sapphire crystal and 100m water resistance, it's a rugged tool watch with a lot of wrist presence. The dial is matte black with warm, cream colored lume, huge numerals and cathedral hands, giving it the look of a vintage military watch.

Powering the Murph is the Hamilton H-10 Caliber. This Swiss-made automatic movement features 25-jewel, hand-winding, hacking, a frequency of 21,600 beats per hour and a whopping power reserve of 80 hours. This will allow you to take the watch off for the weekend, and come back on Monday to find it still running true. 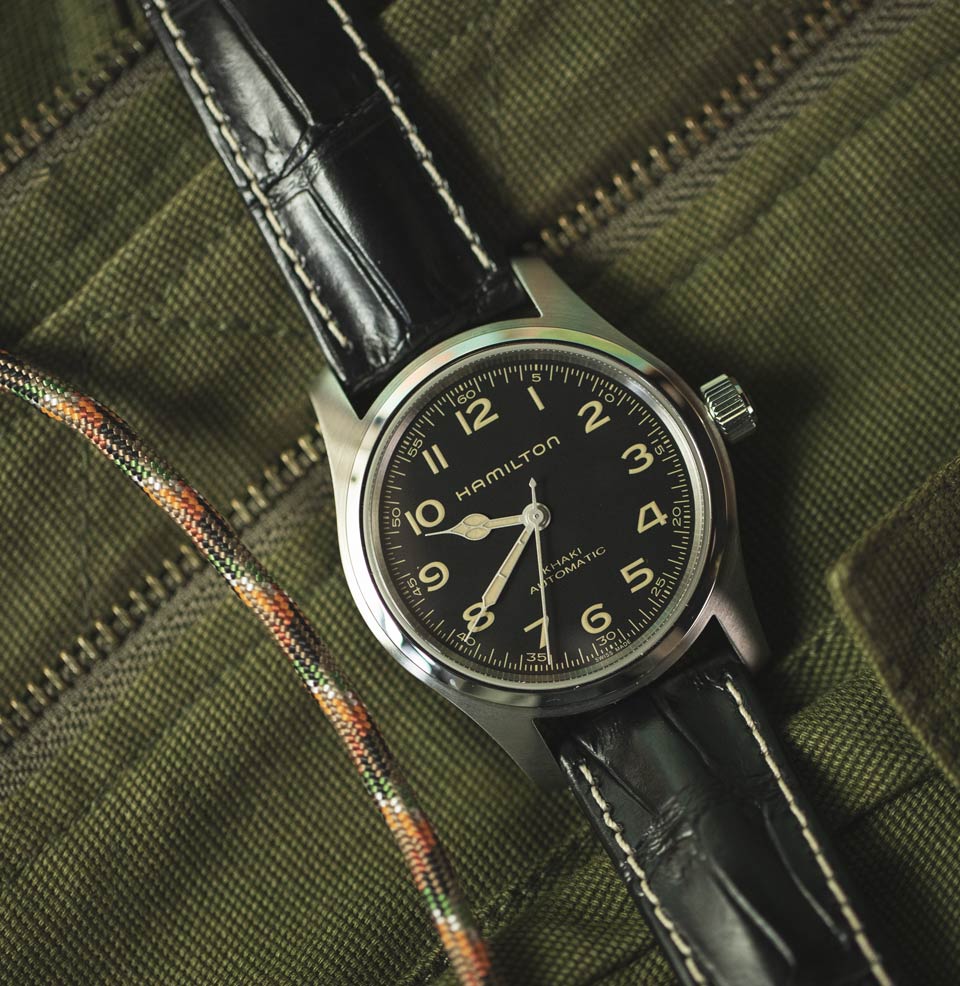 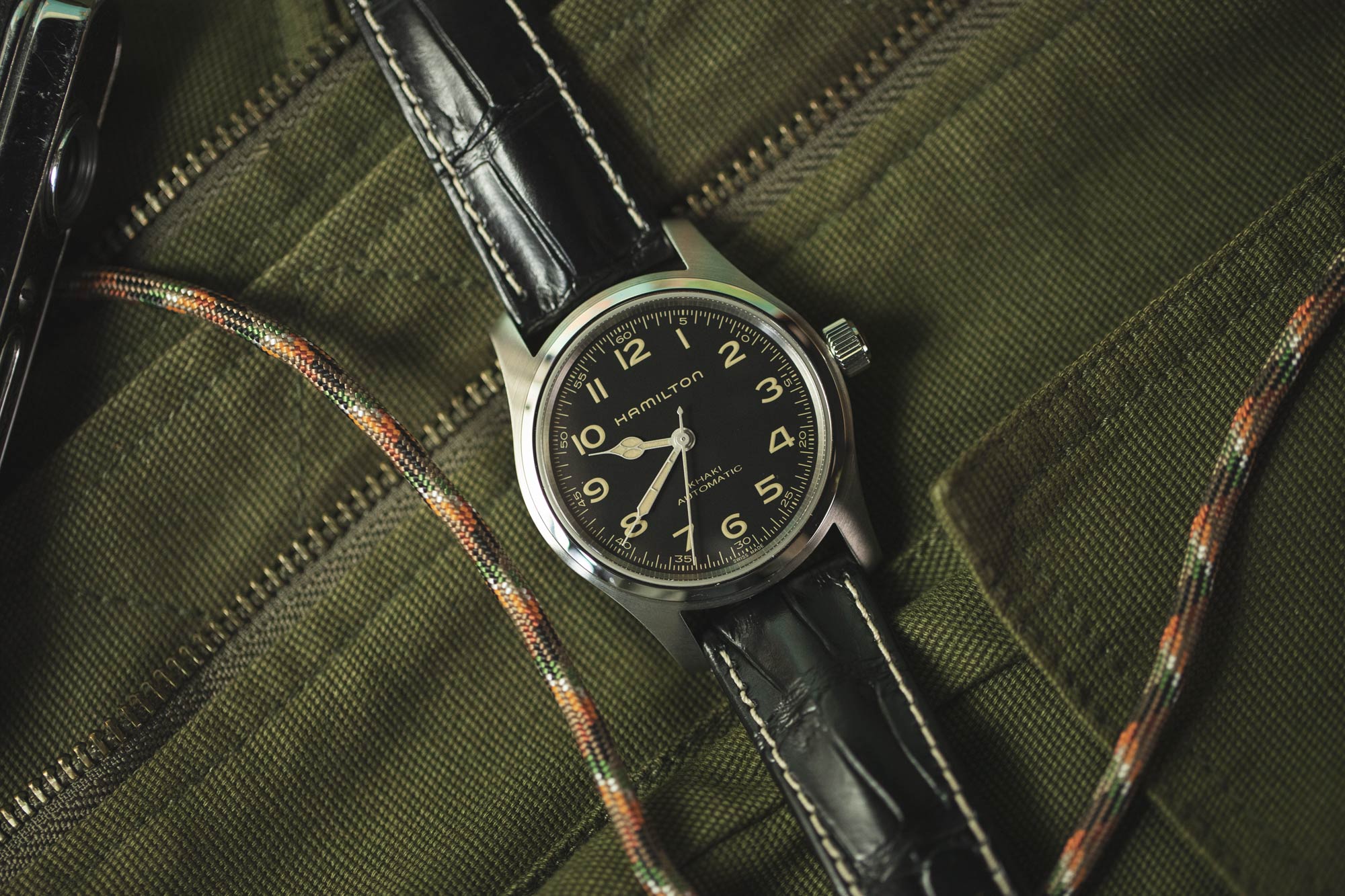 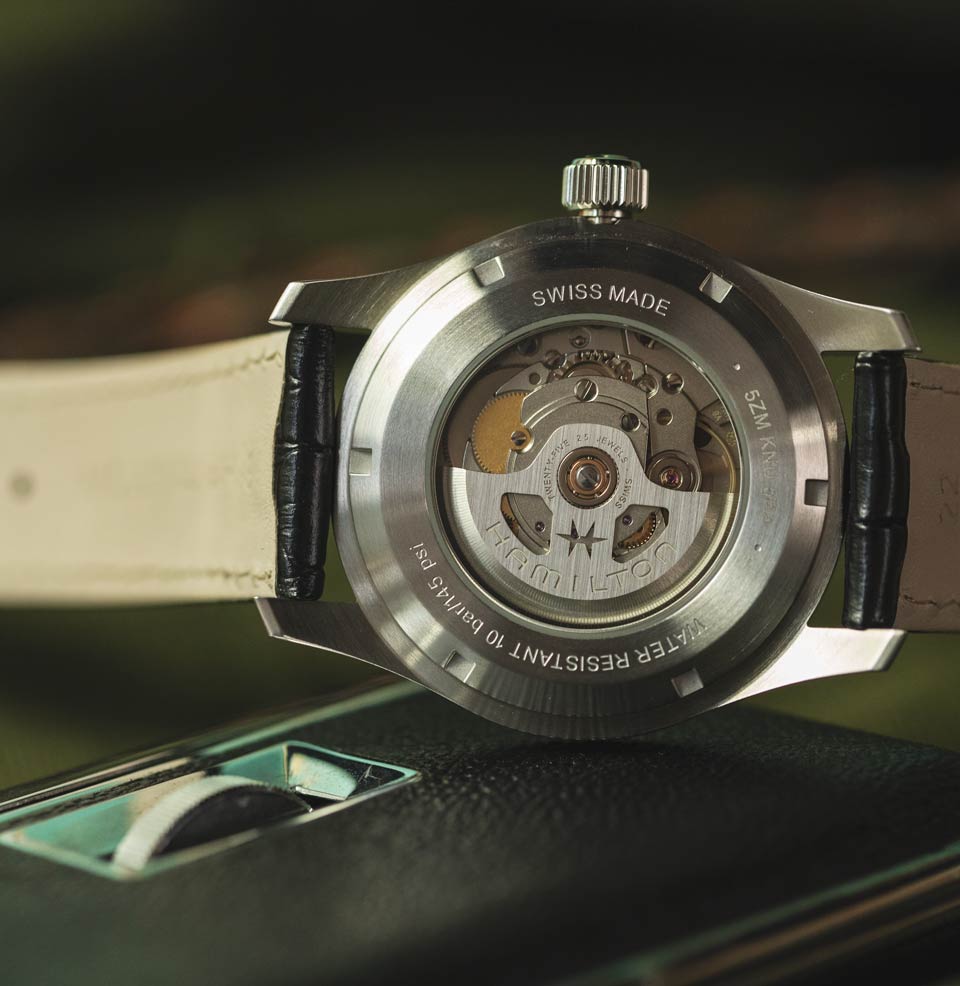 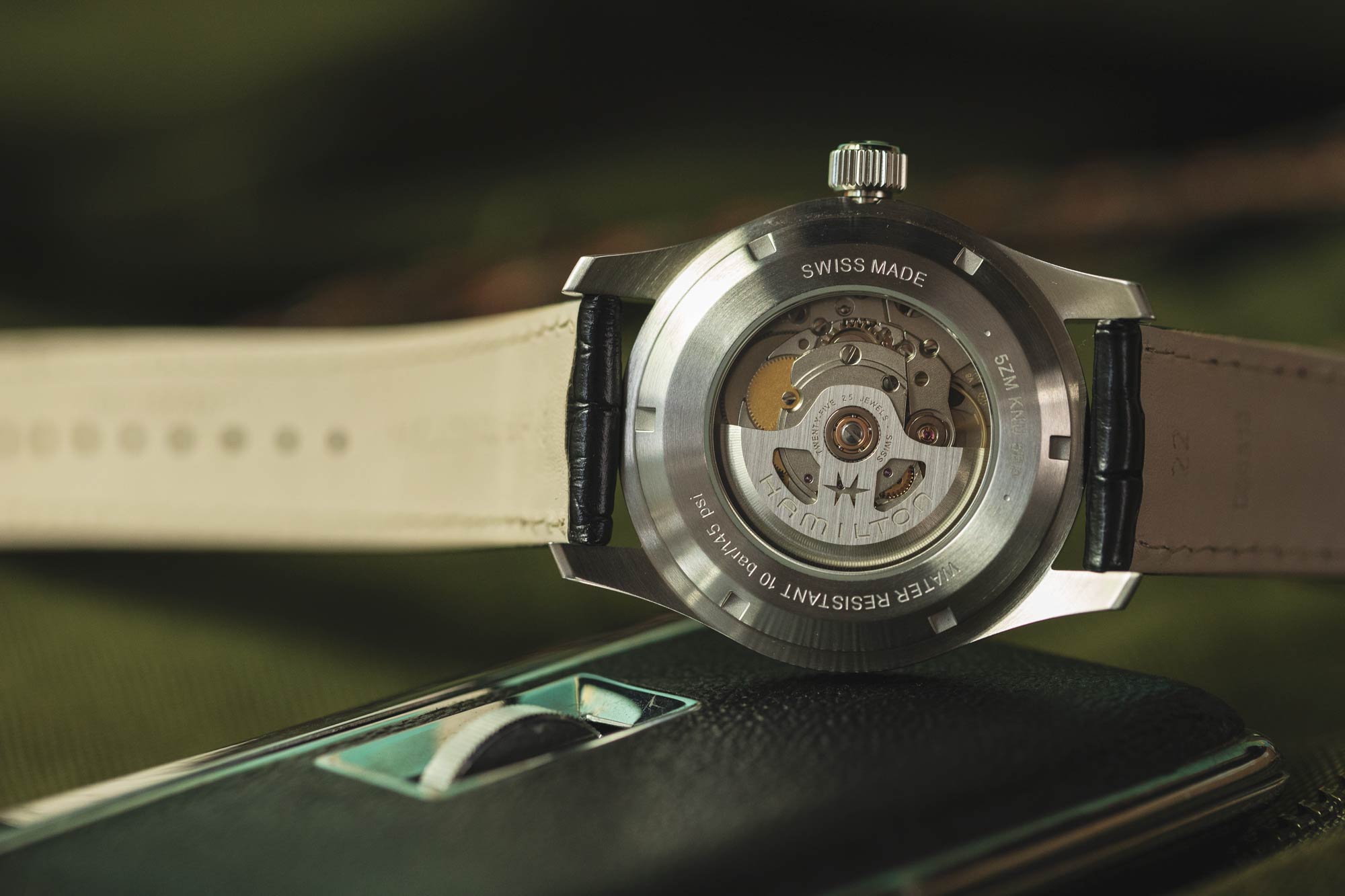 80 hour H-10 Caliber
This Swiss-made automatic has an extended power reserve, letting it keep time off the wrist for over 3 days 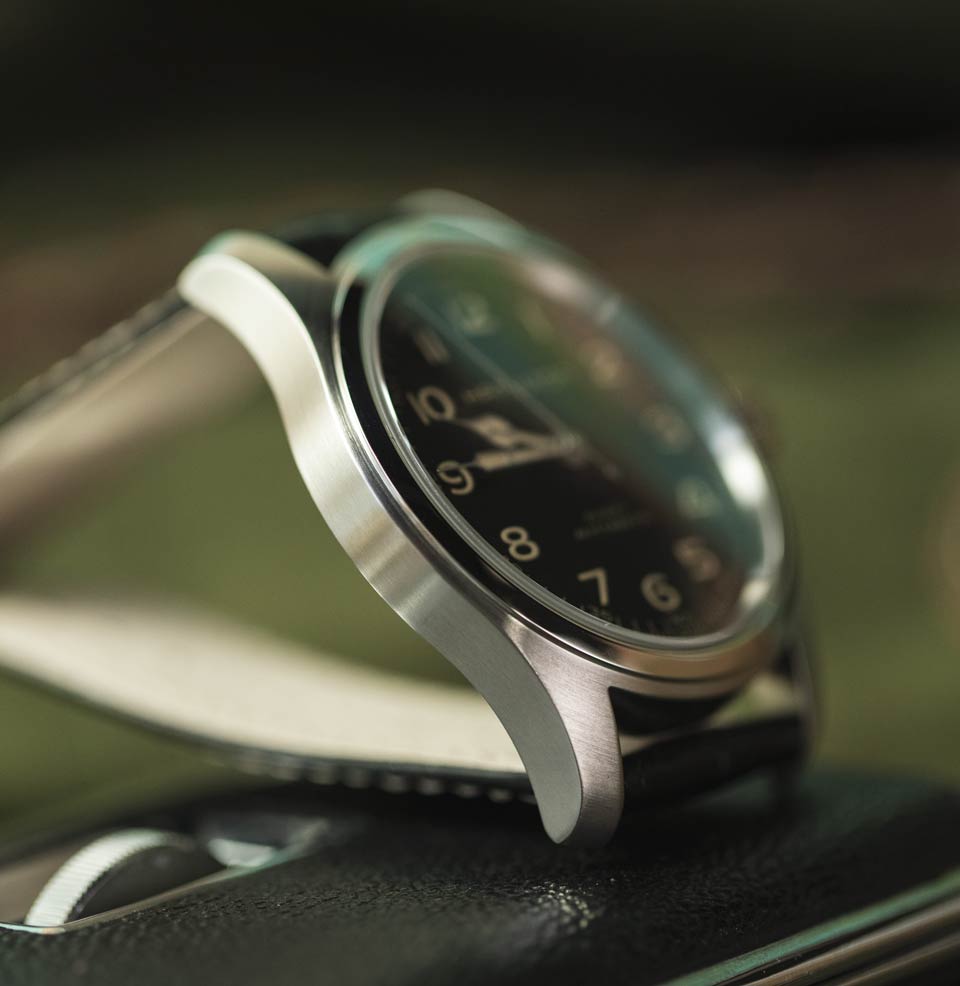 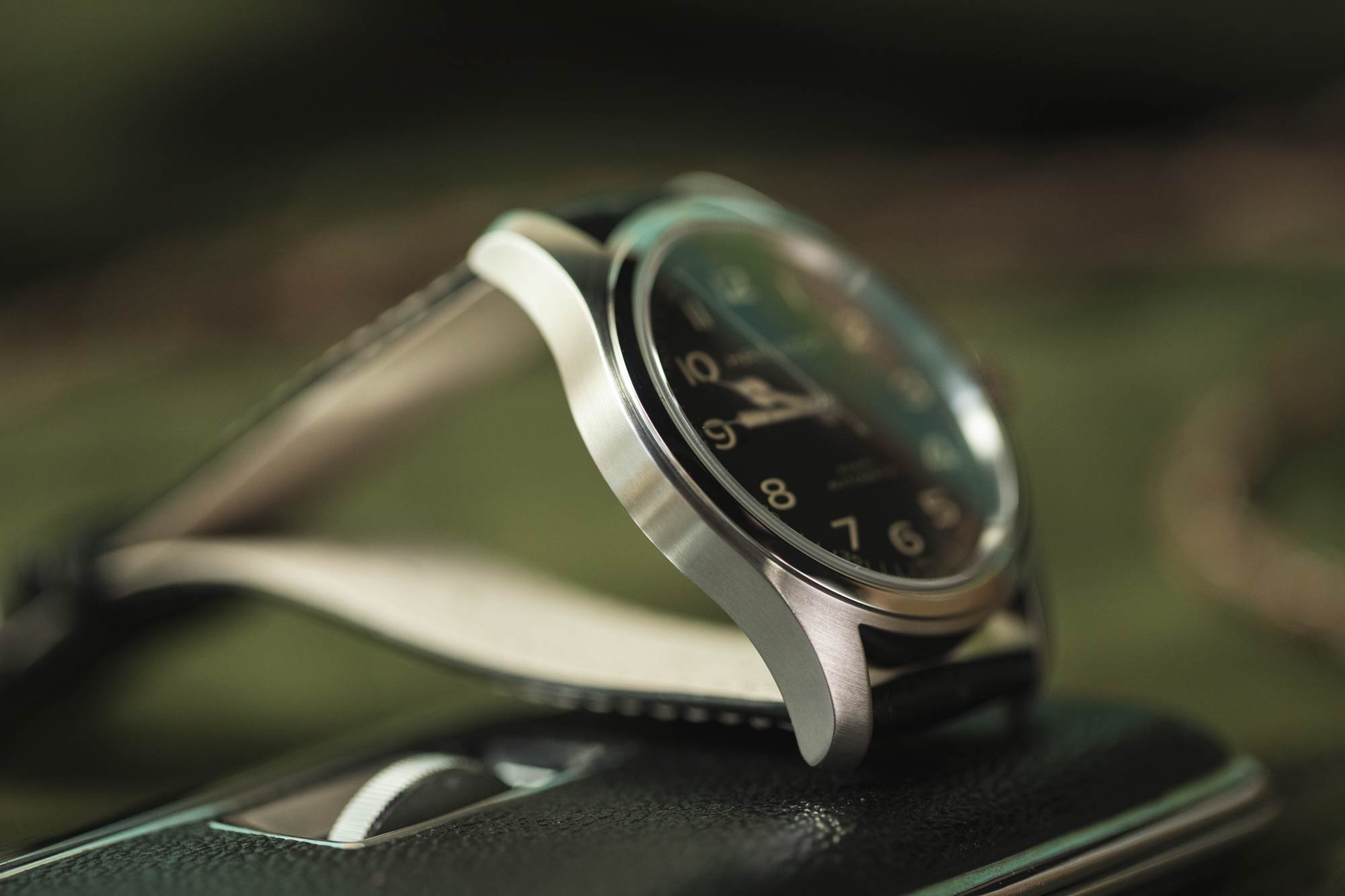 Elegant finishing
Tasteful brushing is combined with a polished bezel 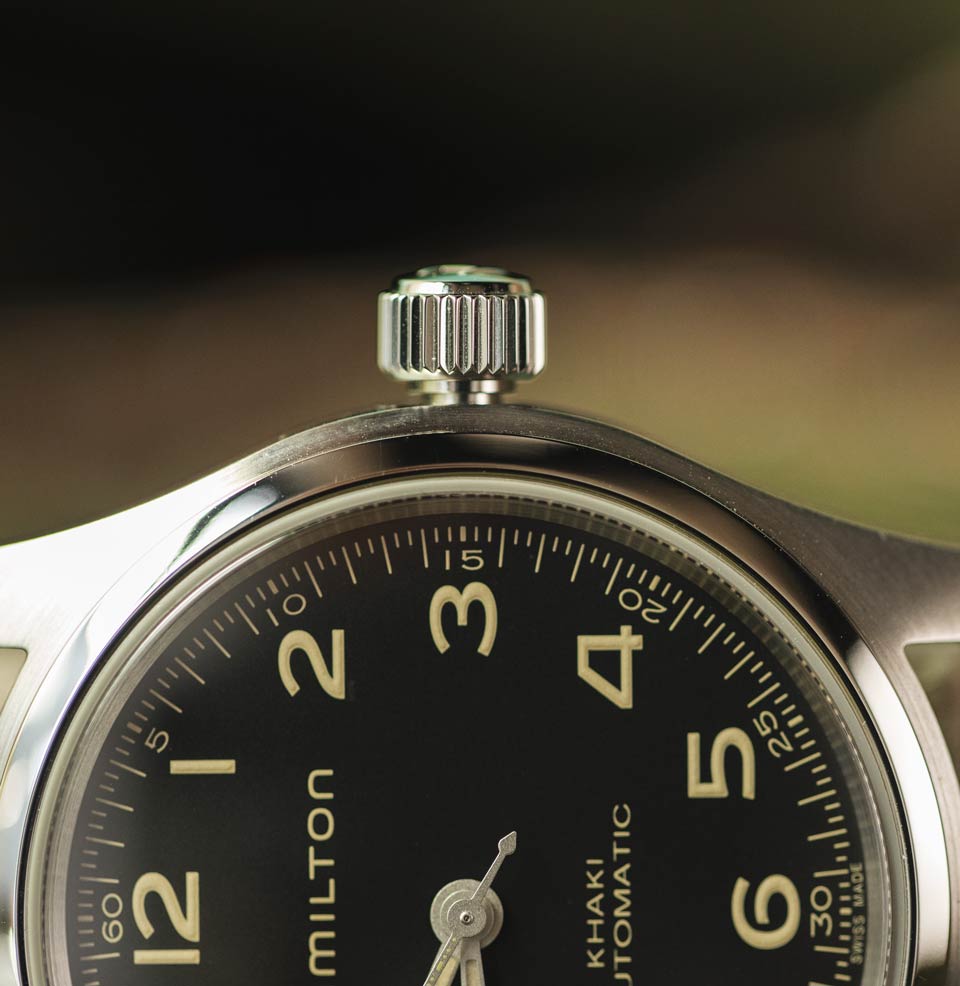 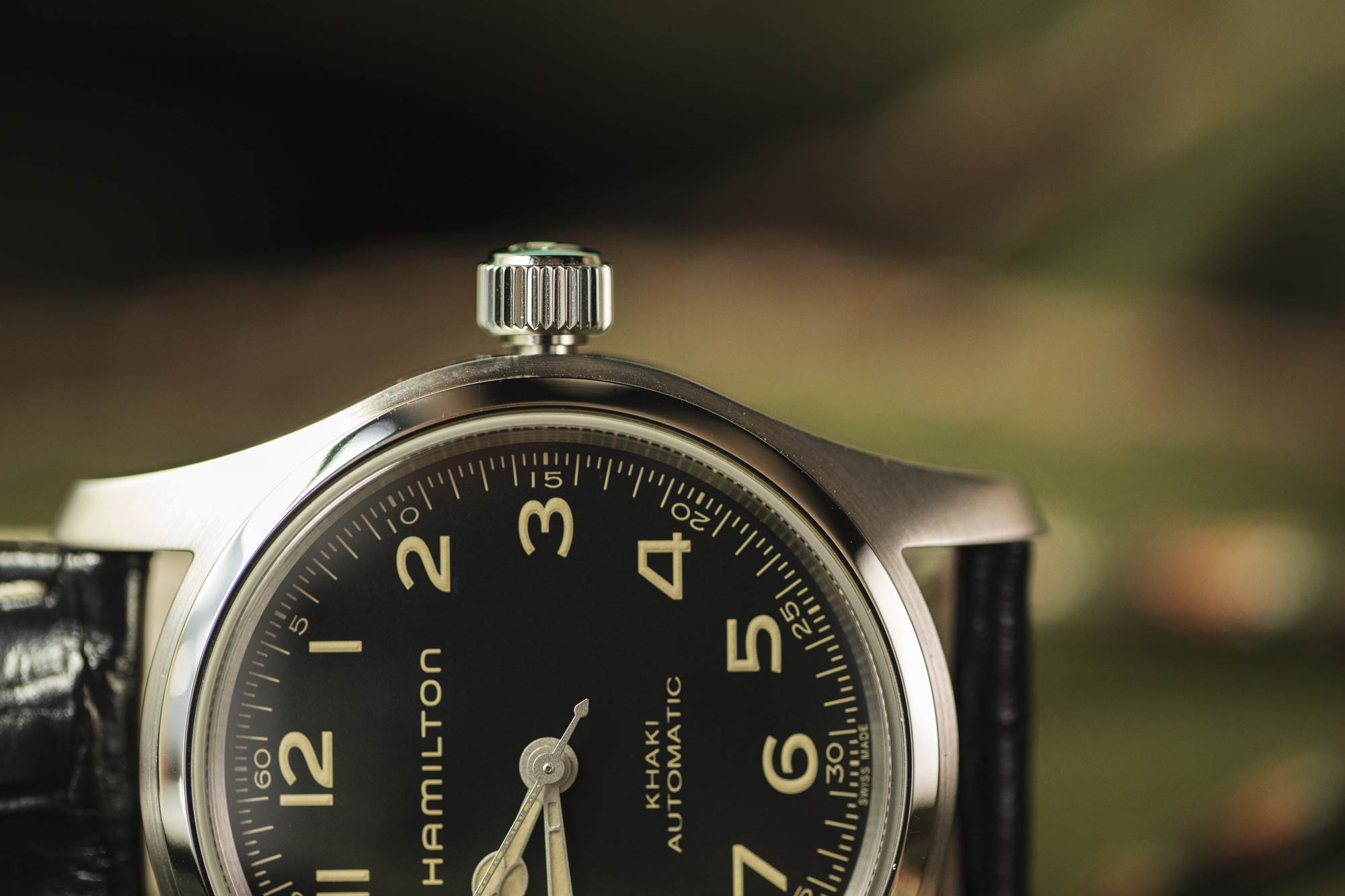 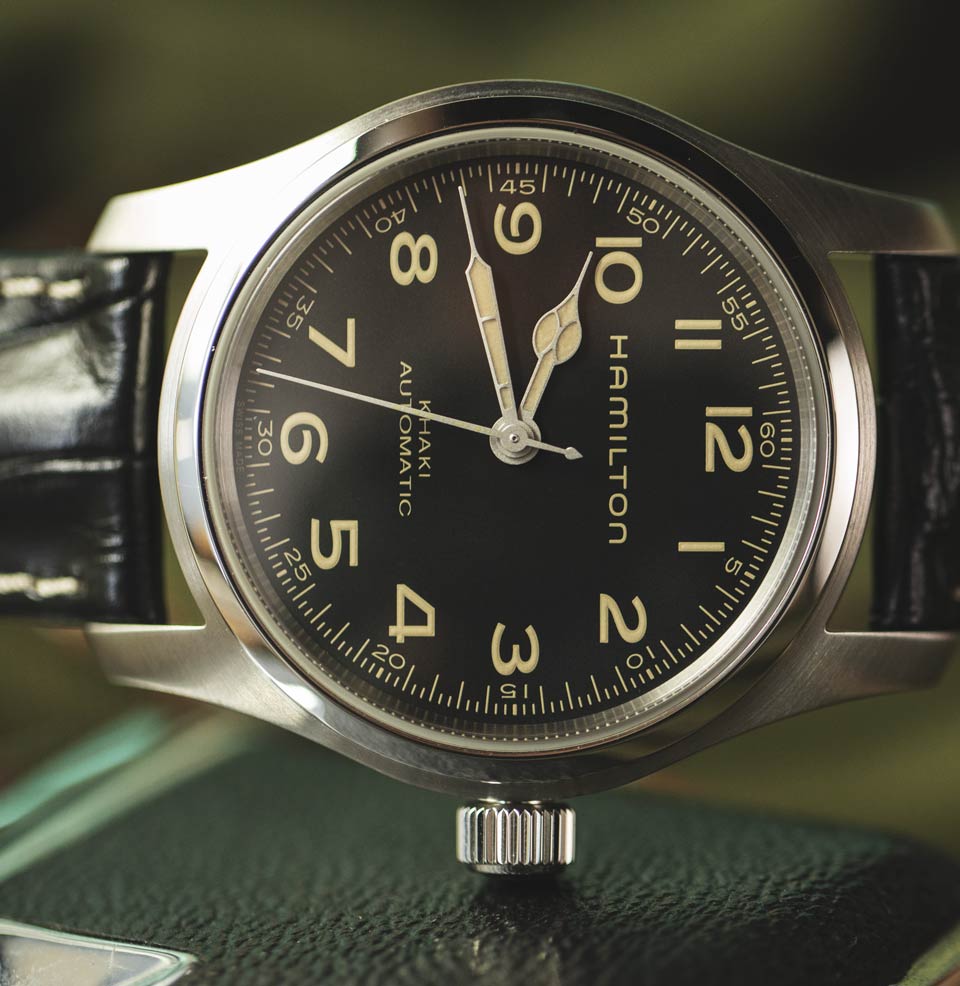 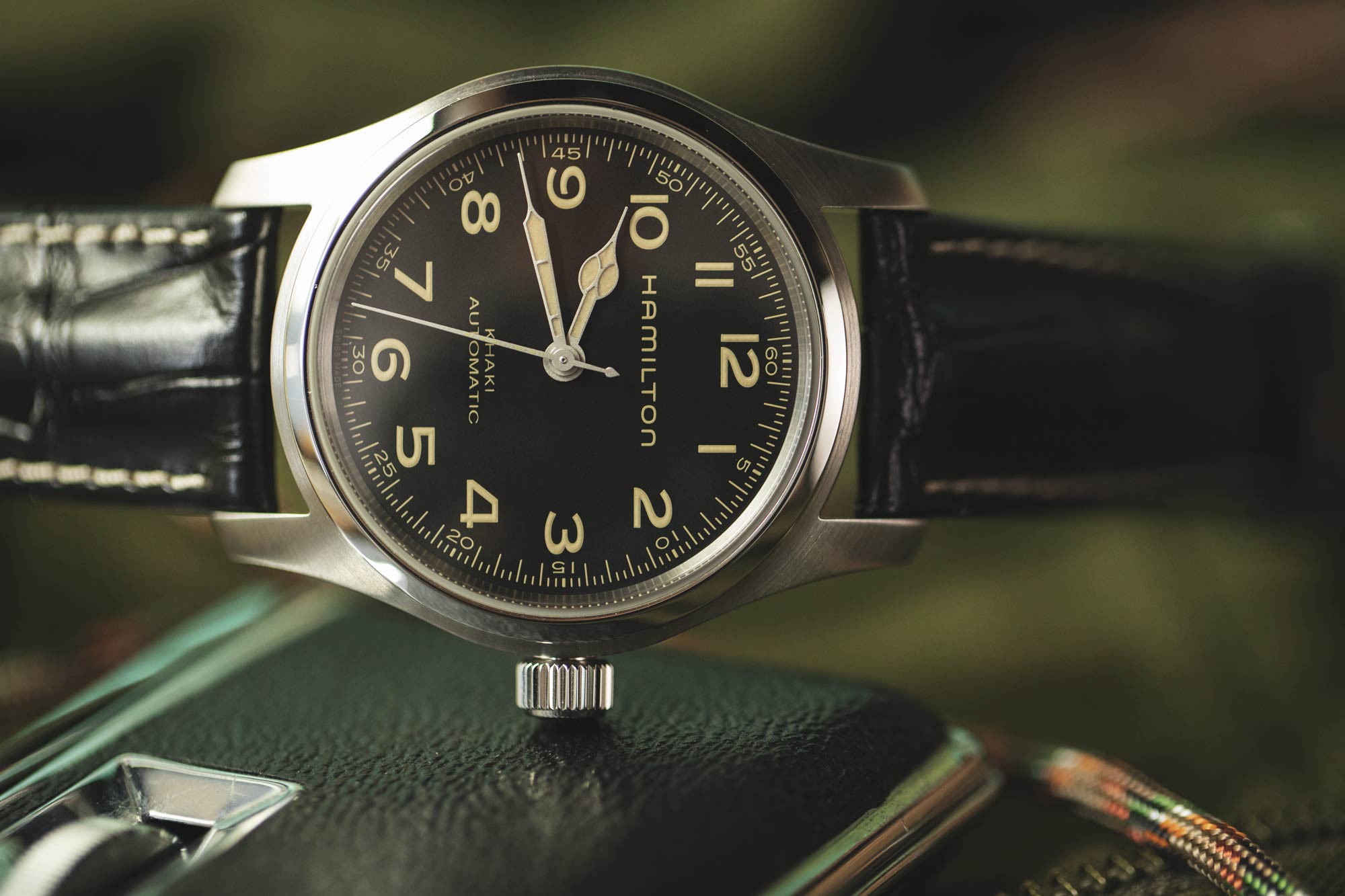 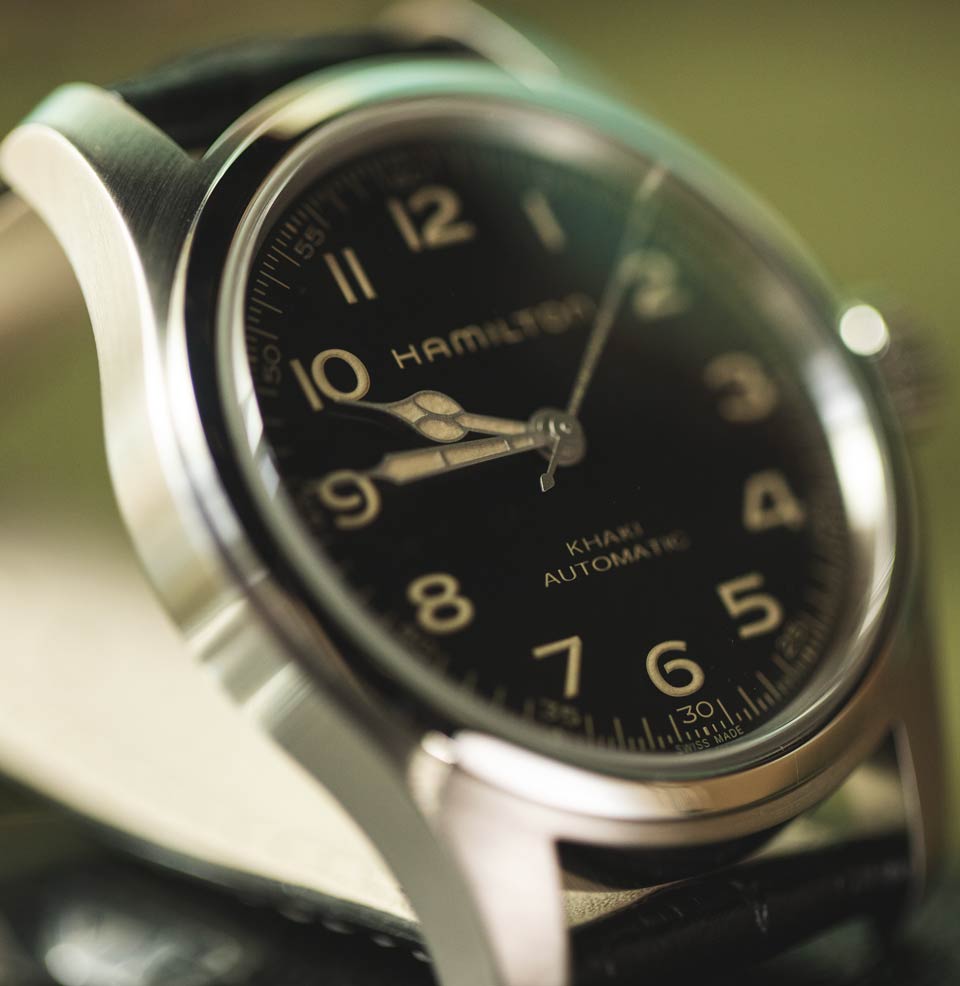 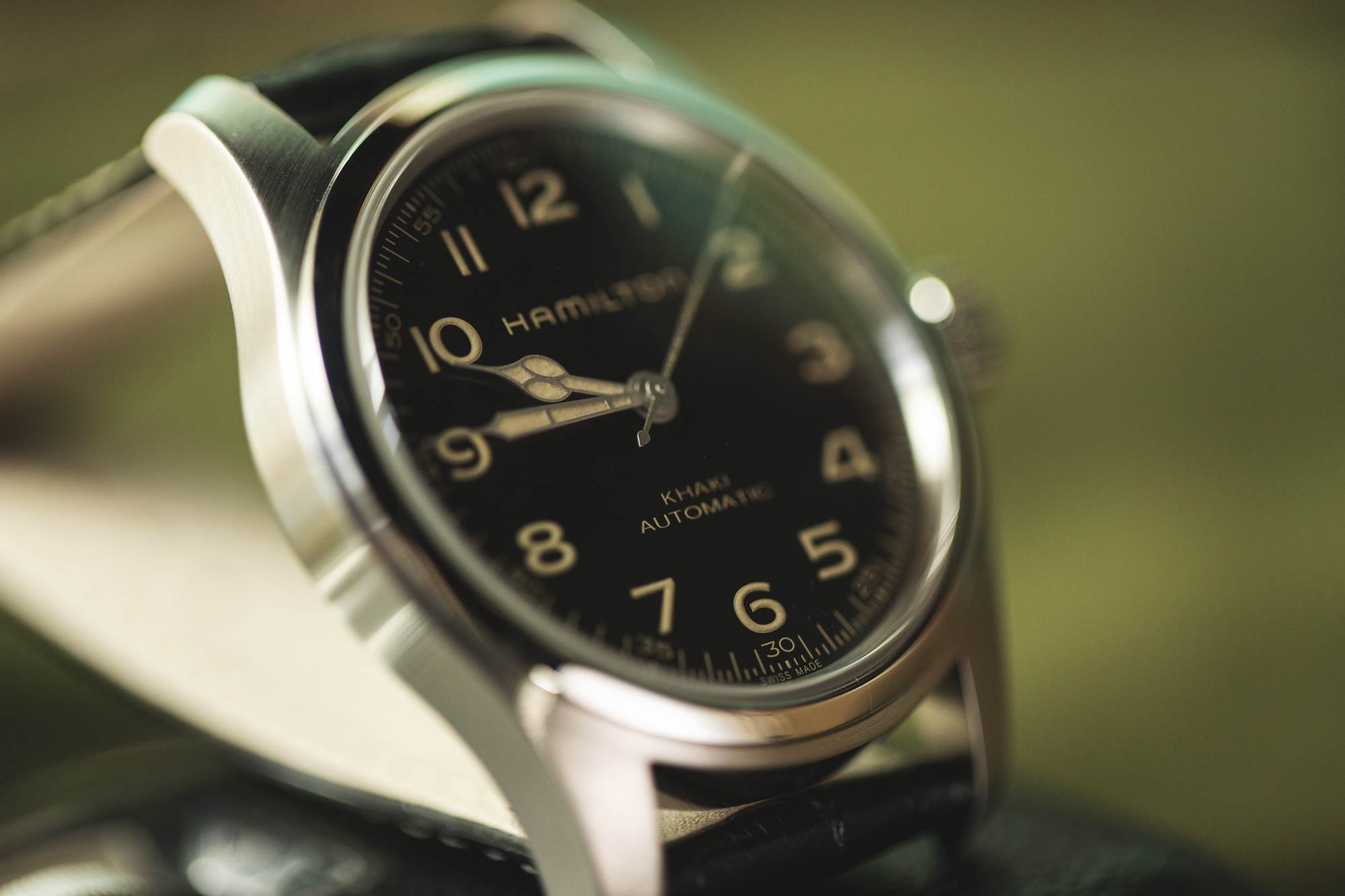 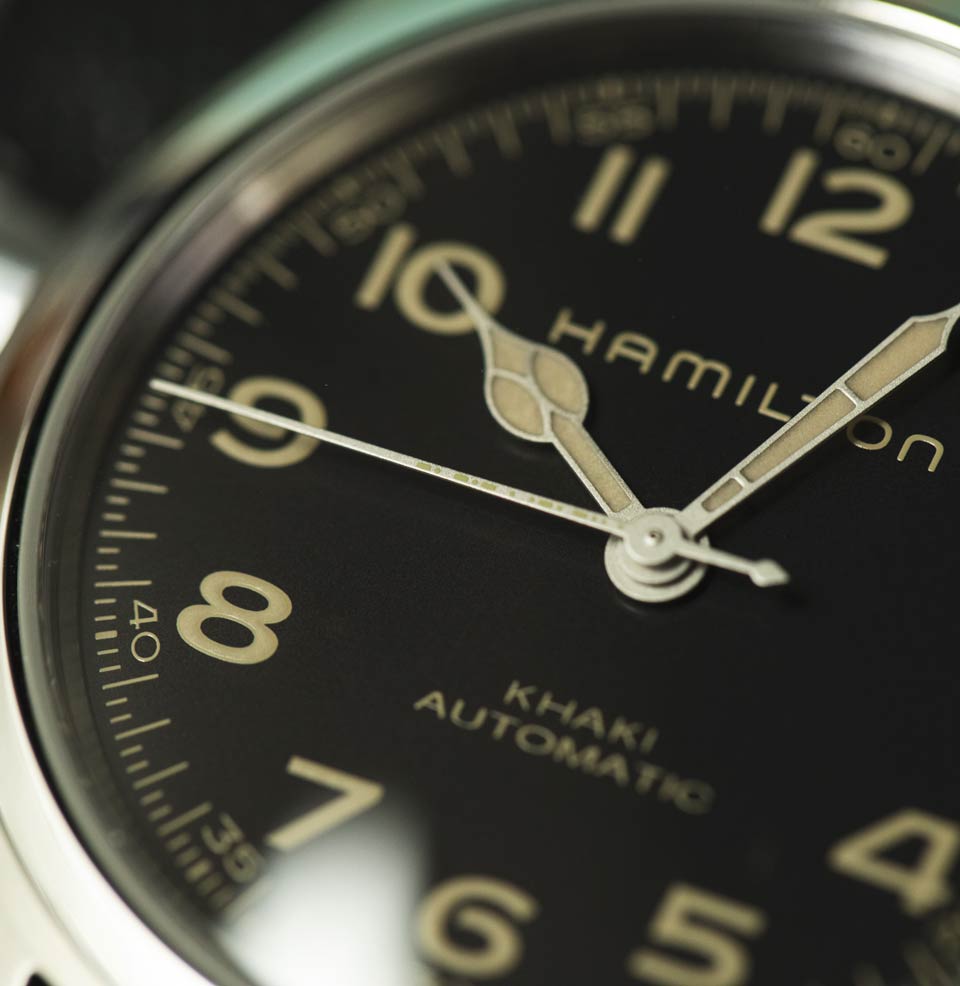 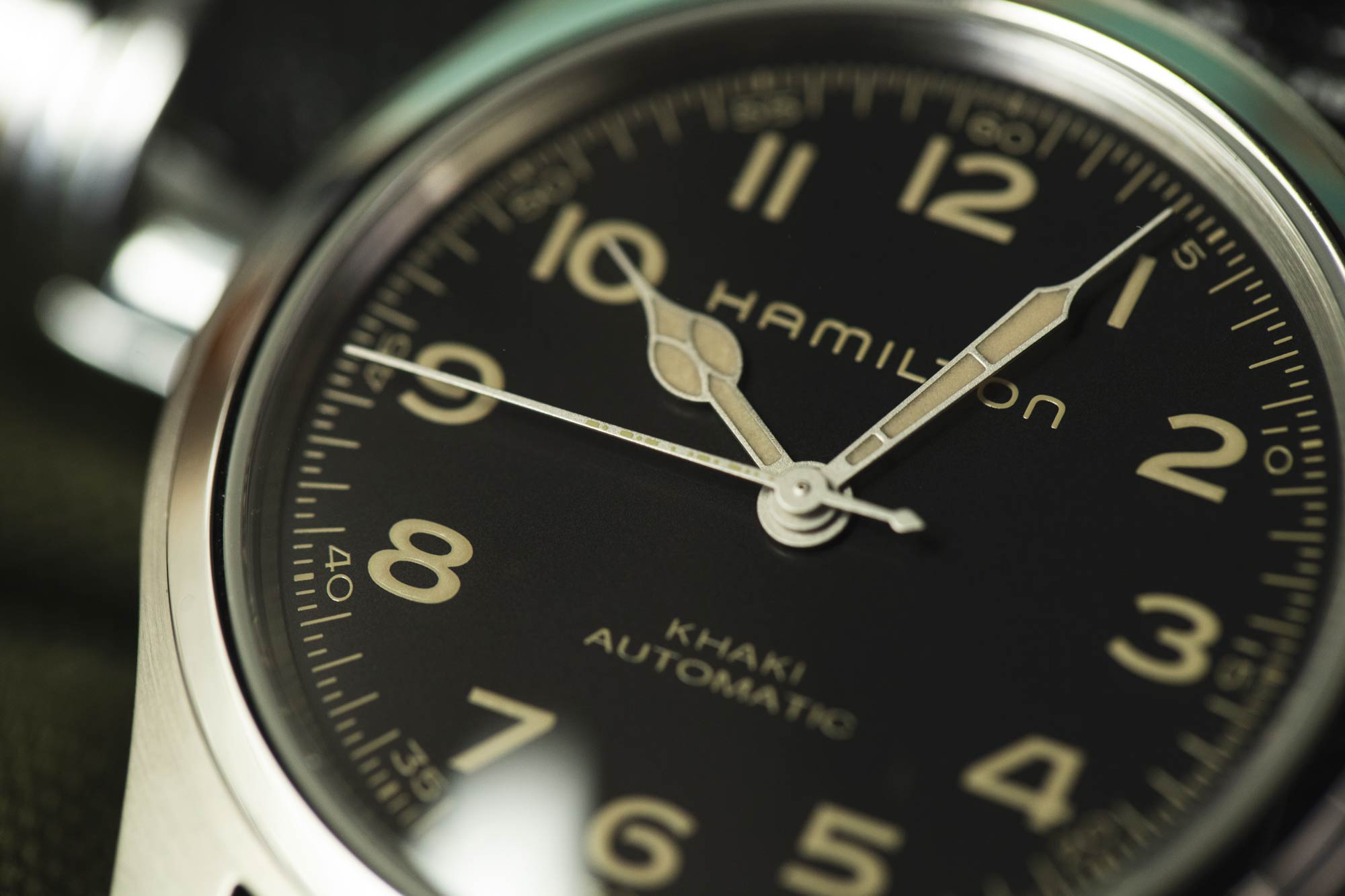 Eureka!
A gentle nod to Interstellar, the second hand has the word "Eureka" printed in morse code 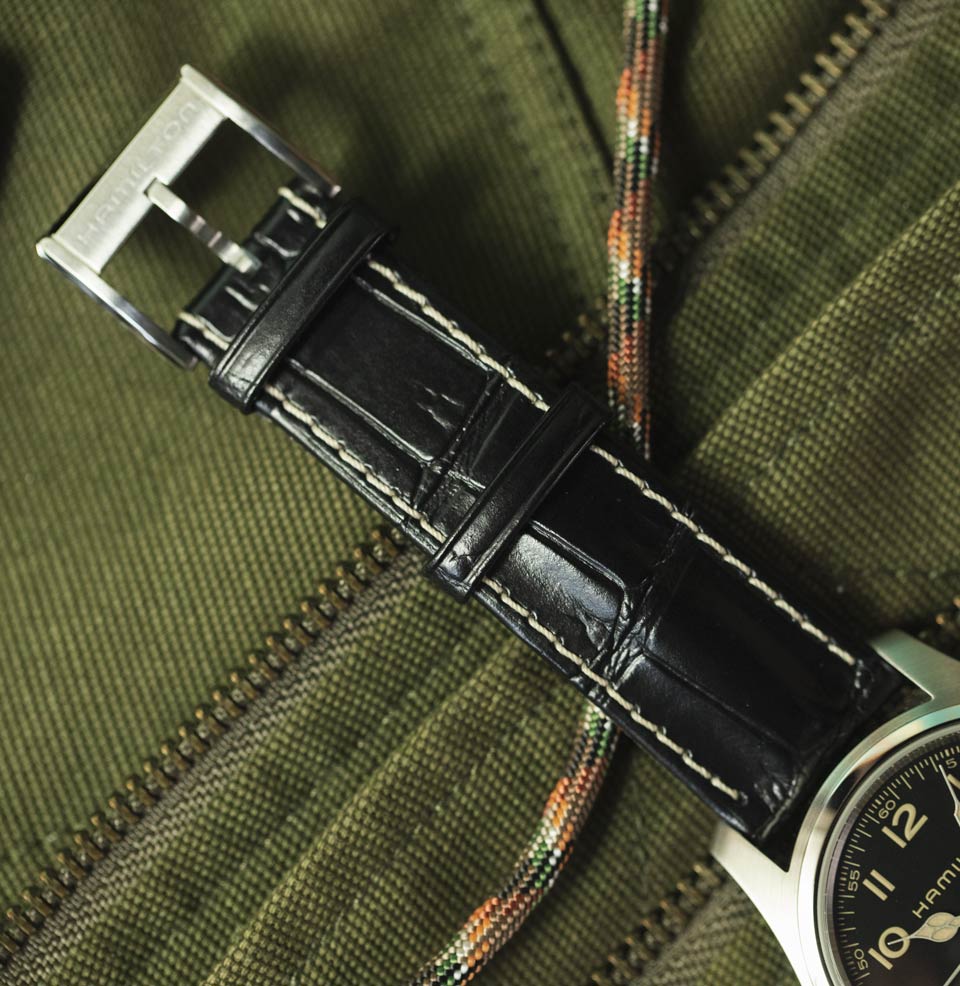 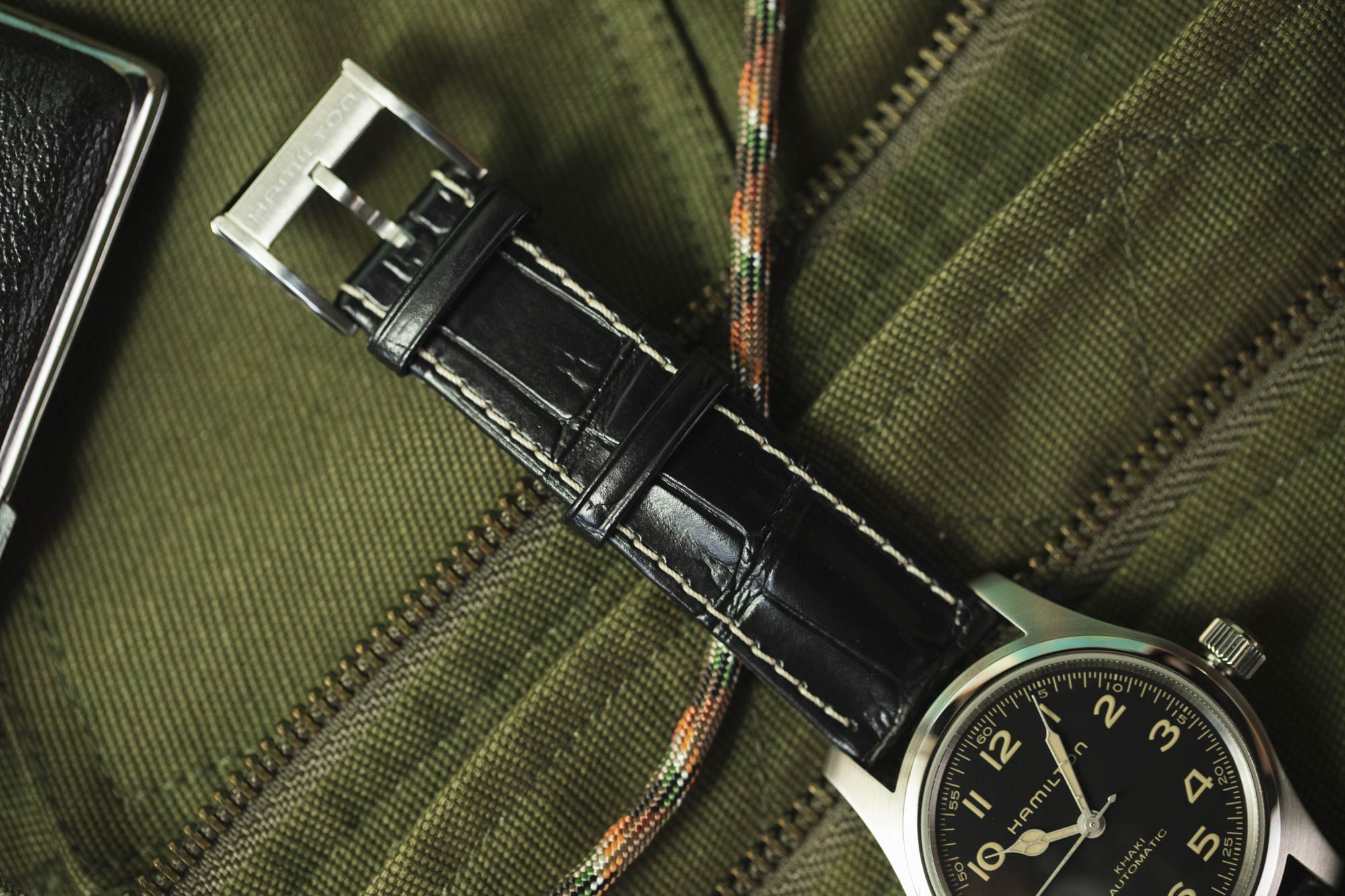 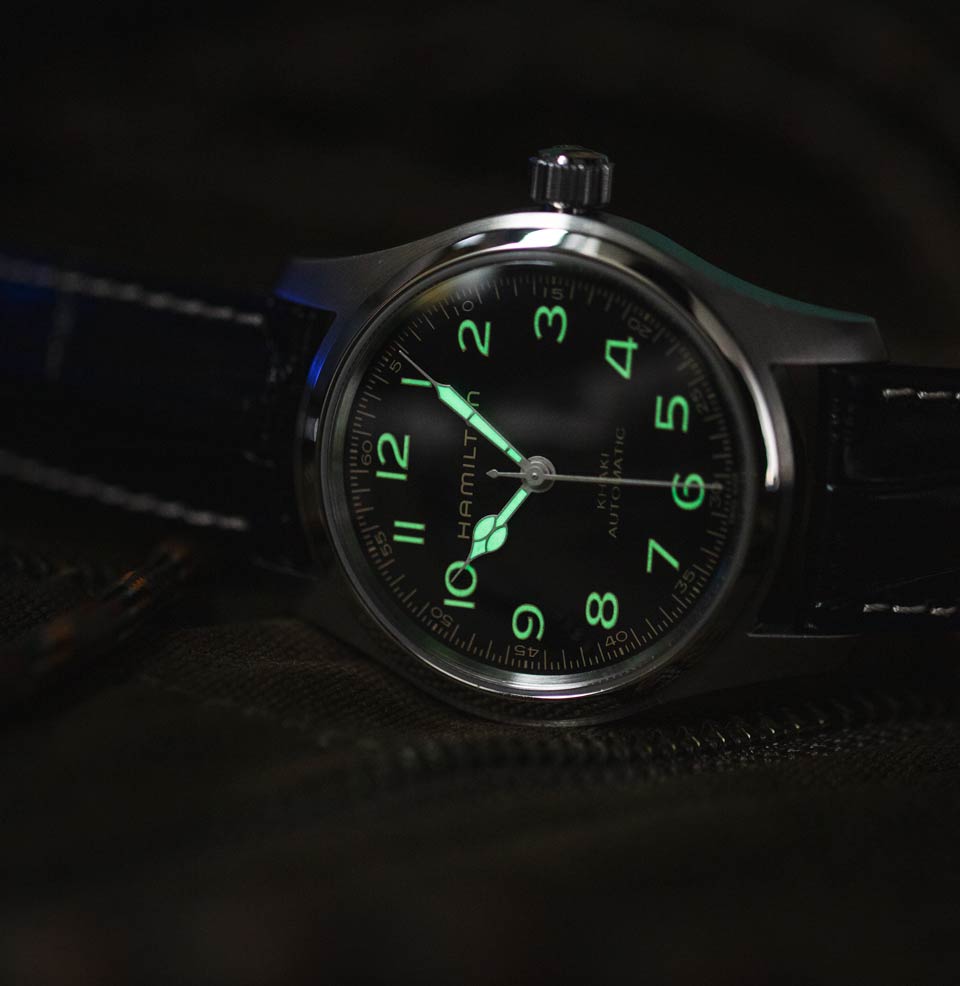 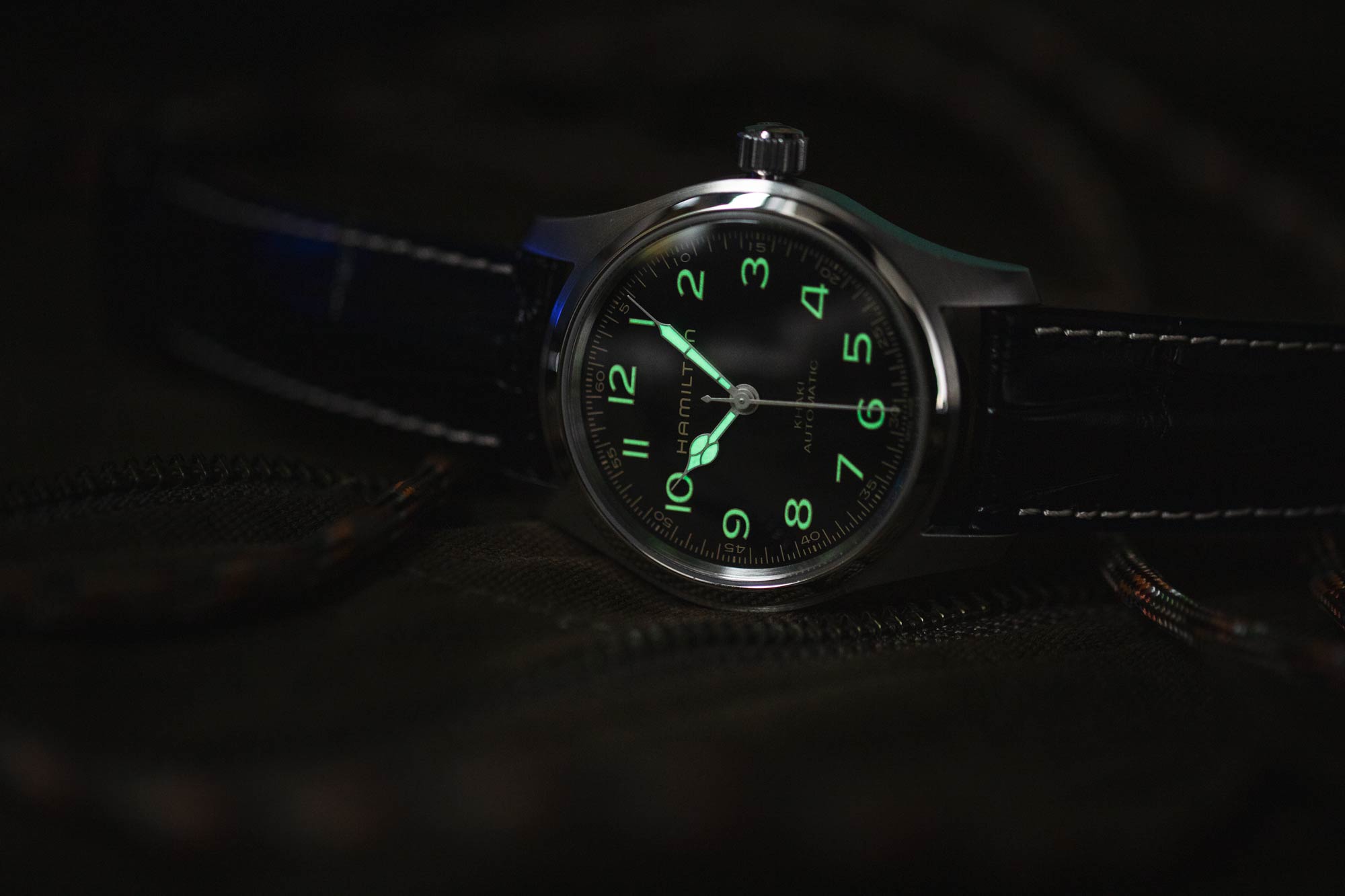 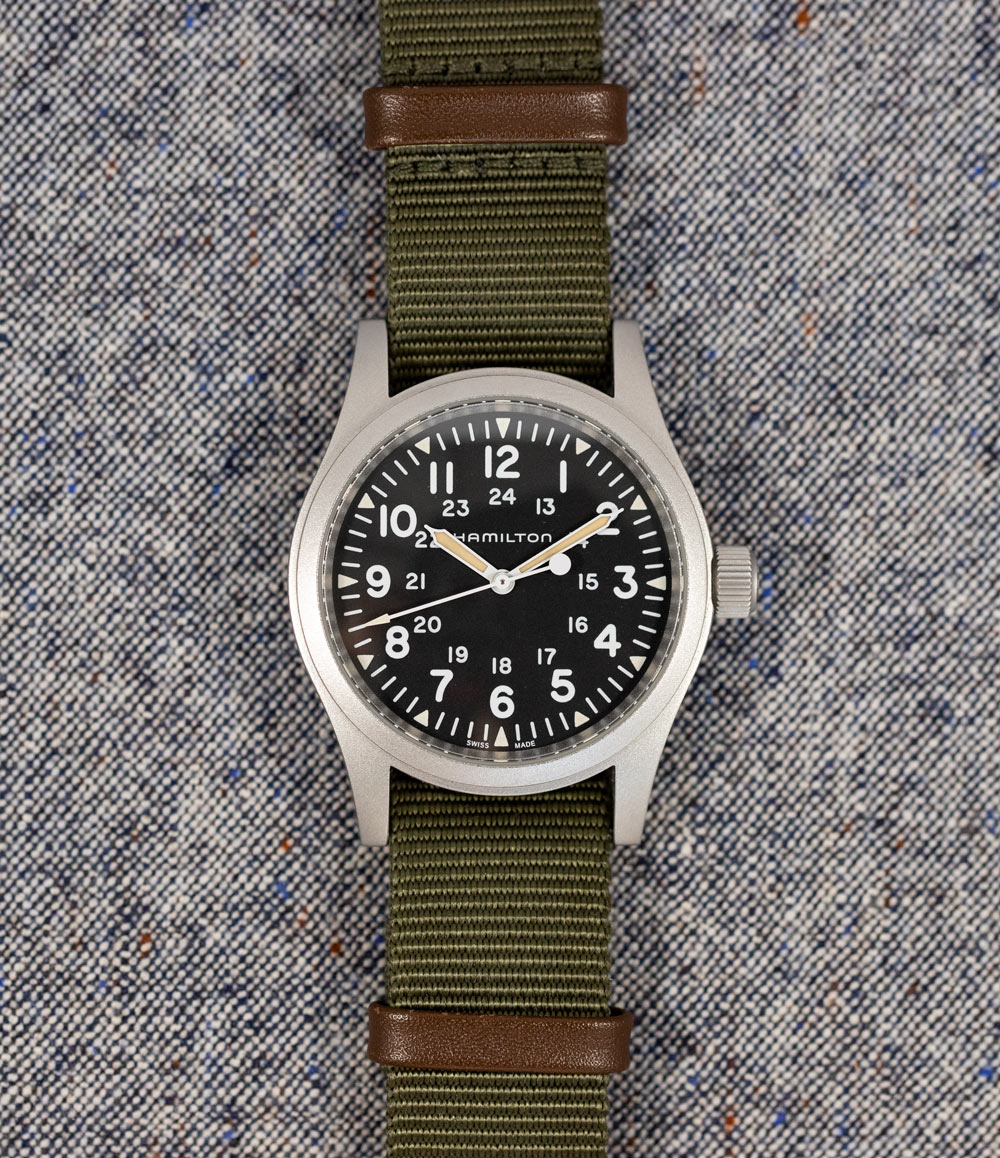 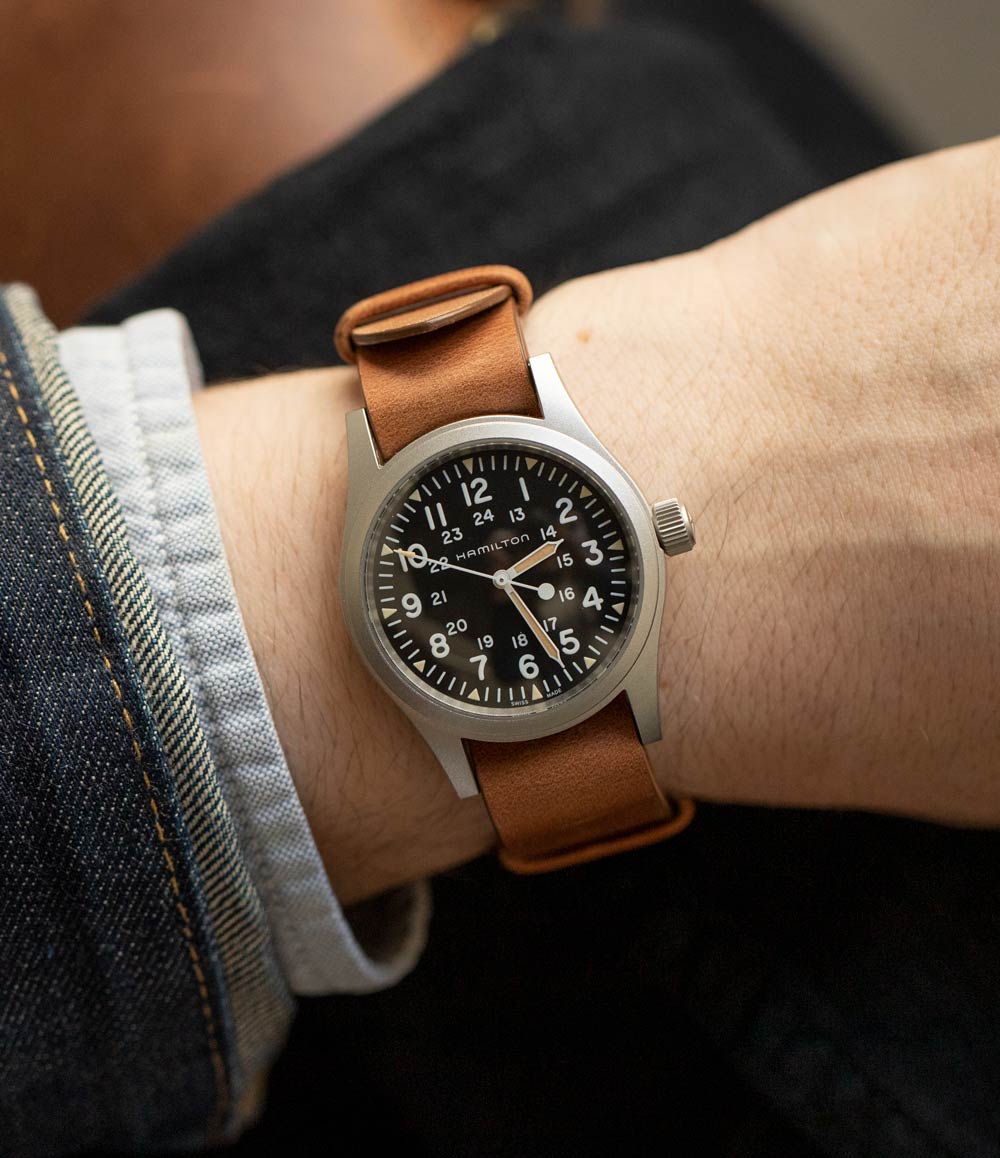 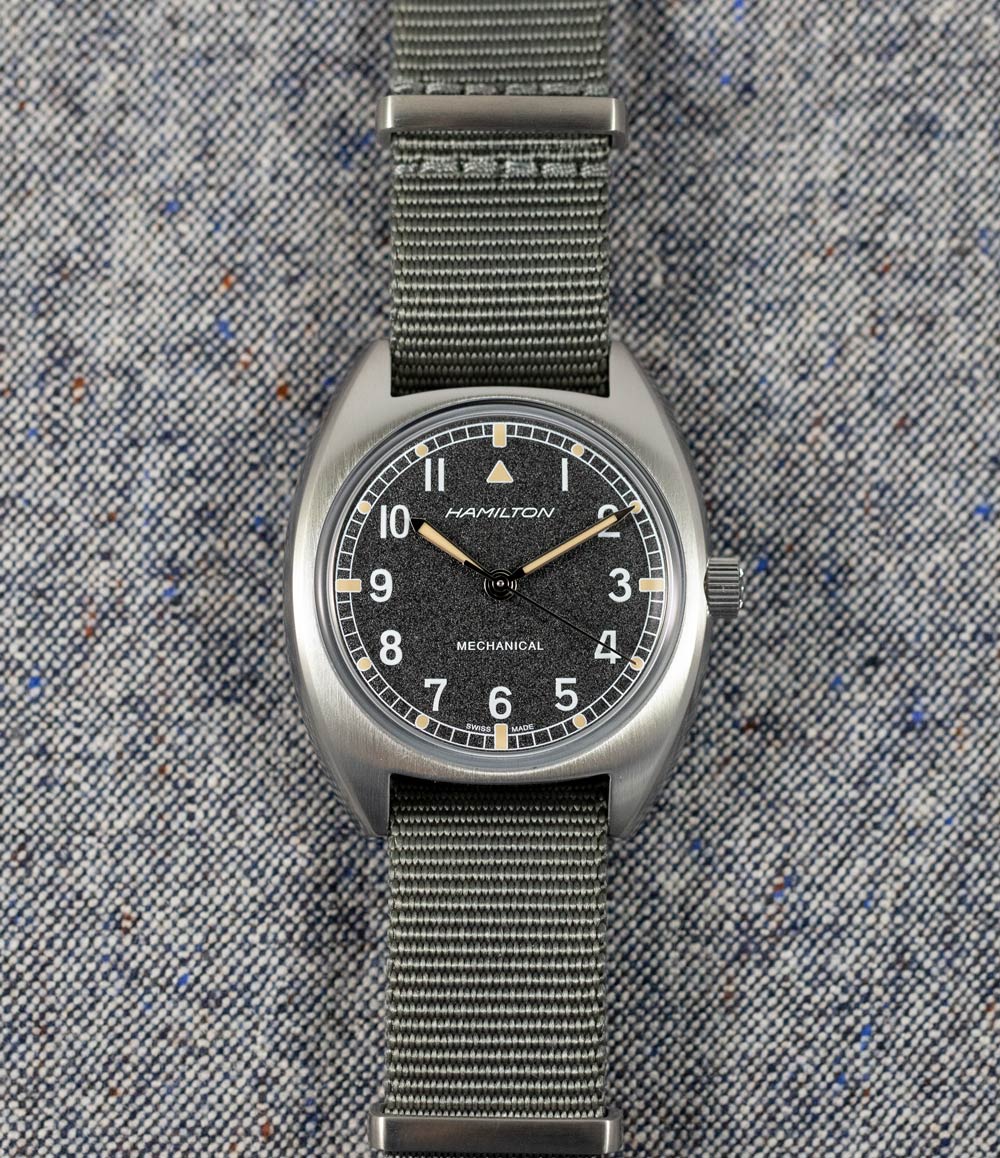 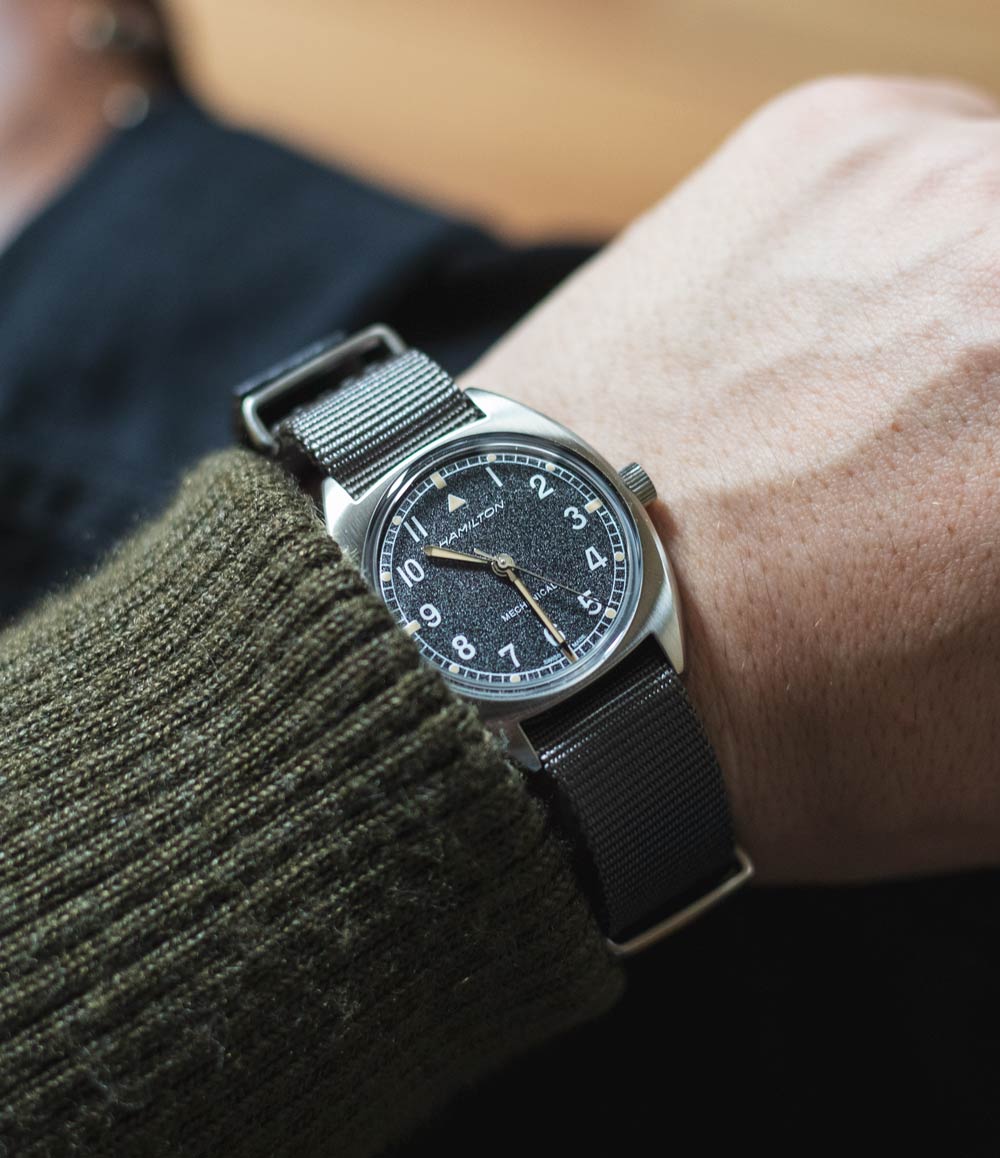 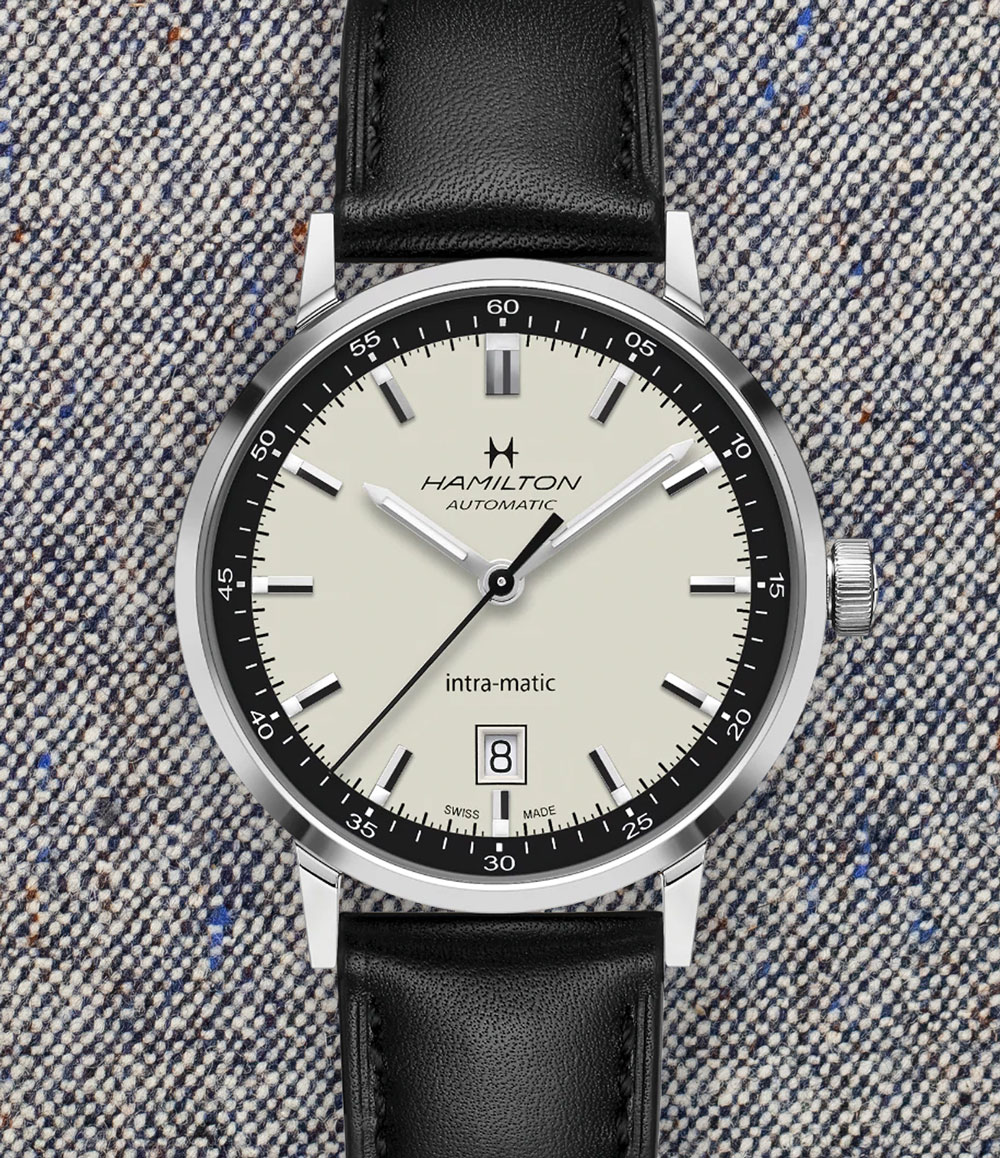 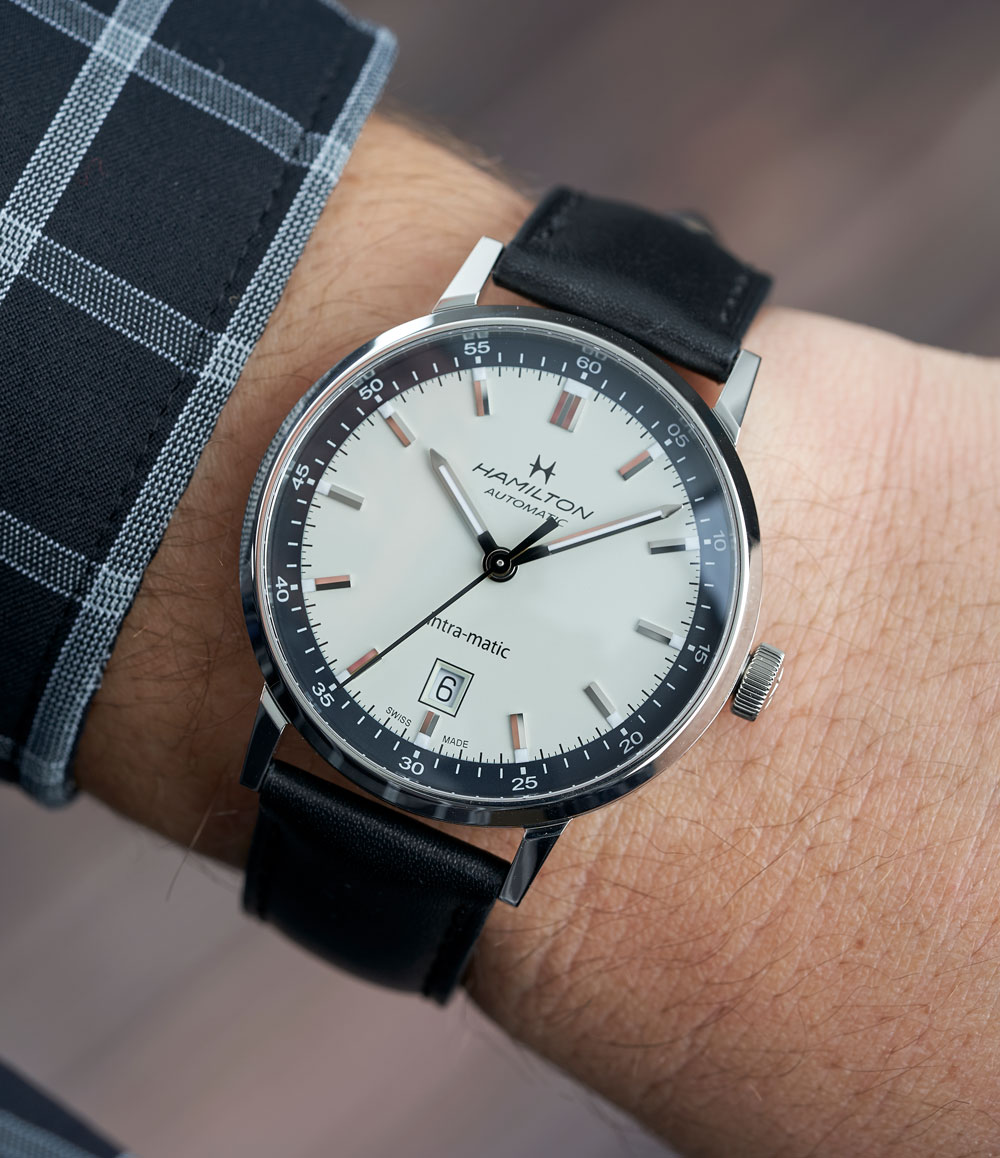 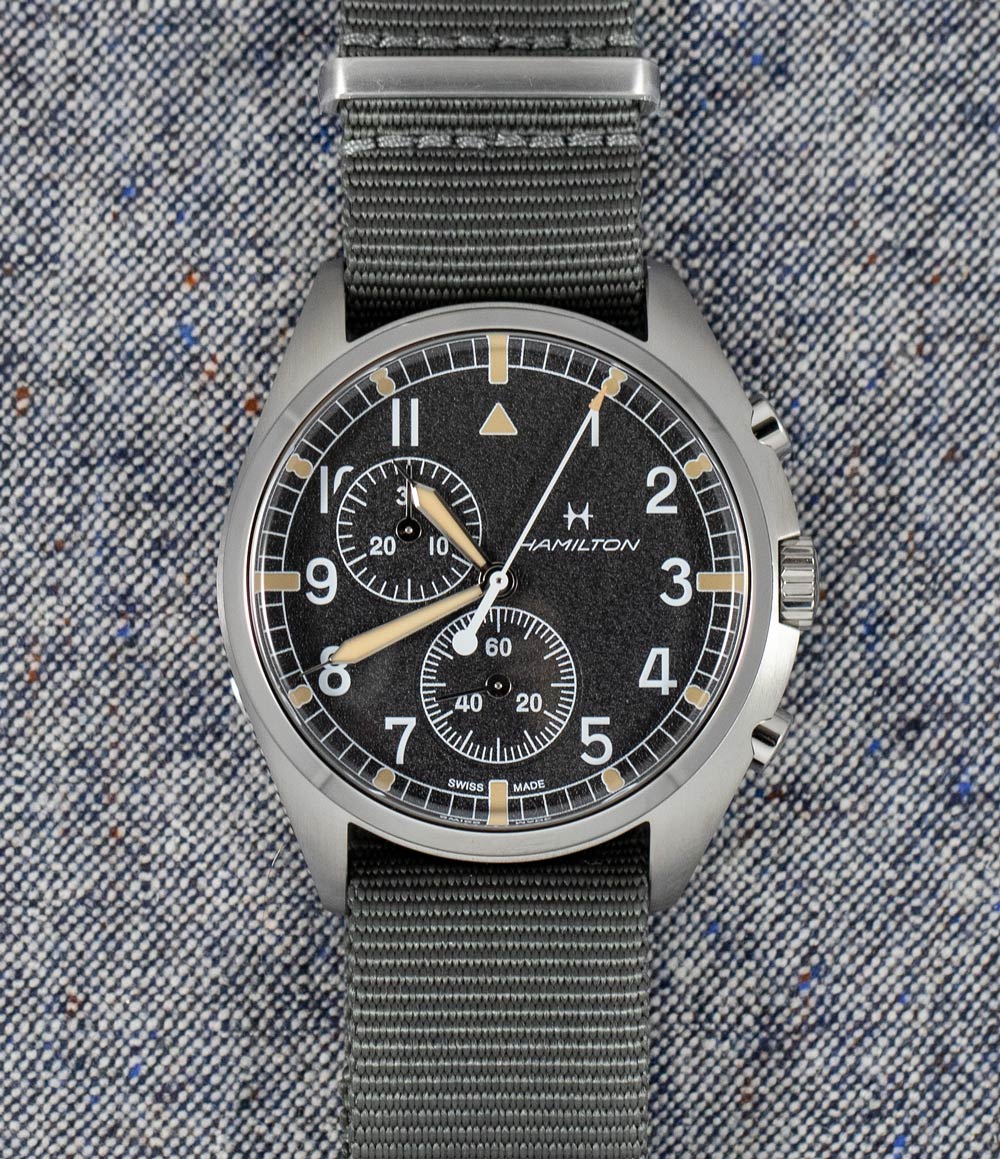 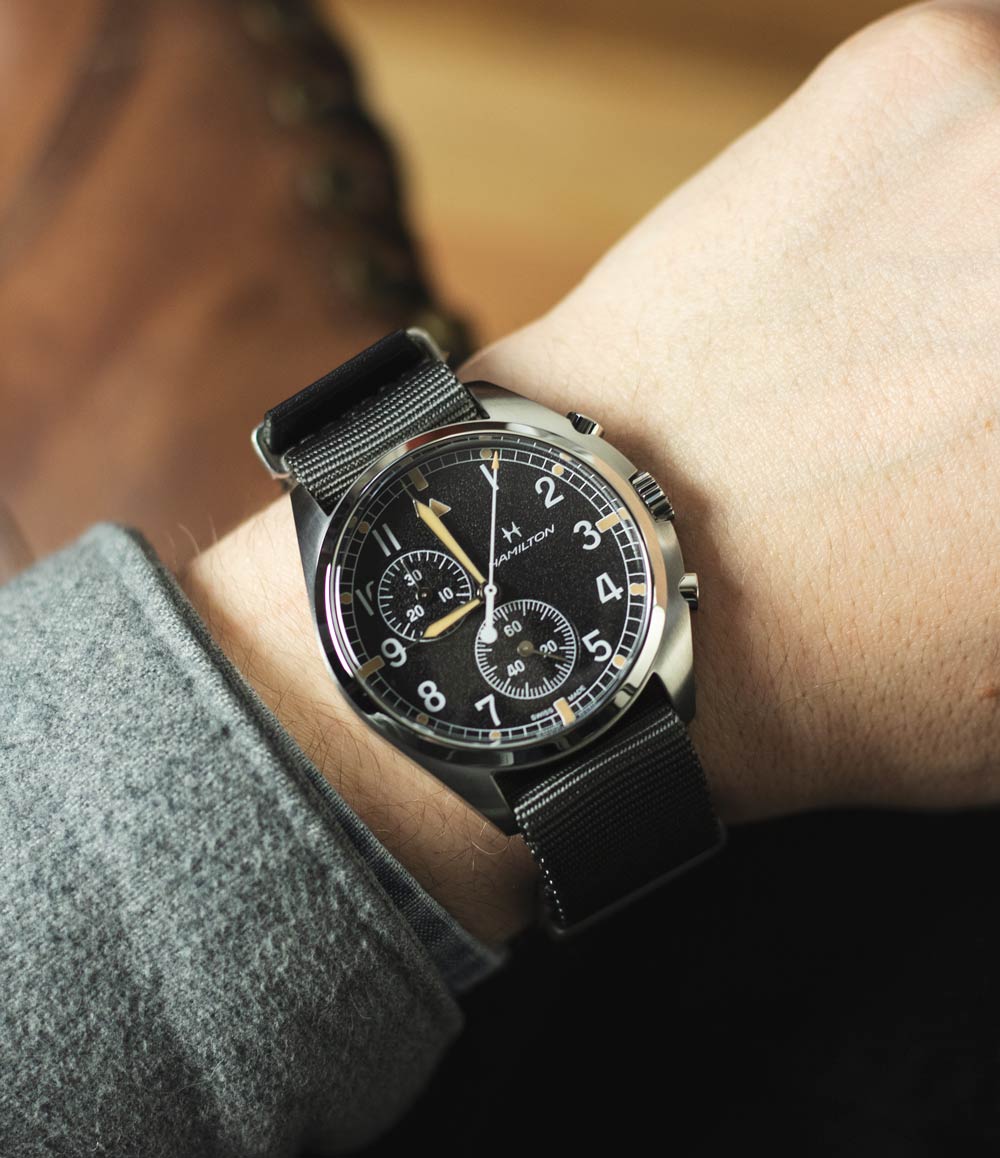 Add To Cart
$995.00
Finish selections for price & availability
Free shipping on orders over $100 in the US
Cart
X