Add To Cart
$900.00
Finish selections for price & availability
Free shipping on orders over $100 in the US

Tavannes first saw life in Le Locle, Switzerland at the tail end of the 19th century, but didn’t reach prominence until its founder Henri Sandoz relocated to the tiny village of Tavannes in 1891. That village was the home of another noted watch brand, Cyma, which until the arrival of Henri Sandoz had been known primarily for its efforts in assembly. But after the two companies merged in 1903, Sandoz’s knack for production turned Tavannes into one of the horological powerhouses of the pre-war period.

Tavannes’ stock in trade had been the production of complicated timepieces such as chronographs and minute repeaters, but the manufacture also produced some elegant time-only pieces as well. This watch on offer here is Tavannes’ spin on the Tank style of watch popularized by Cartier in the early 1900s. While many of these Tank style watches had gold cases, this one is crafted in steel. This choice of material was driven less by aesthetics and more for functionality, as this watch is part of a line of waterproof sports watches that used a “clamshell” case design first patented in 1936 by the case manufacturer Schmitz. This design featured a two part case (measuring 23mm across and 39mm lug-to-lug) held together by four screws, one on each lug.

The watch’s most attractive feature, though, is the dial, with its elegant Art Deco aesthetics. The radium filled numerals and hour markers have aged to a rich dark reddish brown. The dial is lightly speckled with patina throughout, giving it an air of distinction that is undeniably appealing to the eye.

All our vintage pieces come in a customized wind vintage pouch with a 30 days warranty provided by wind vintage. 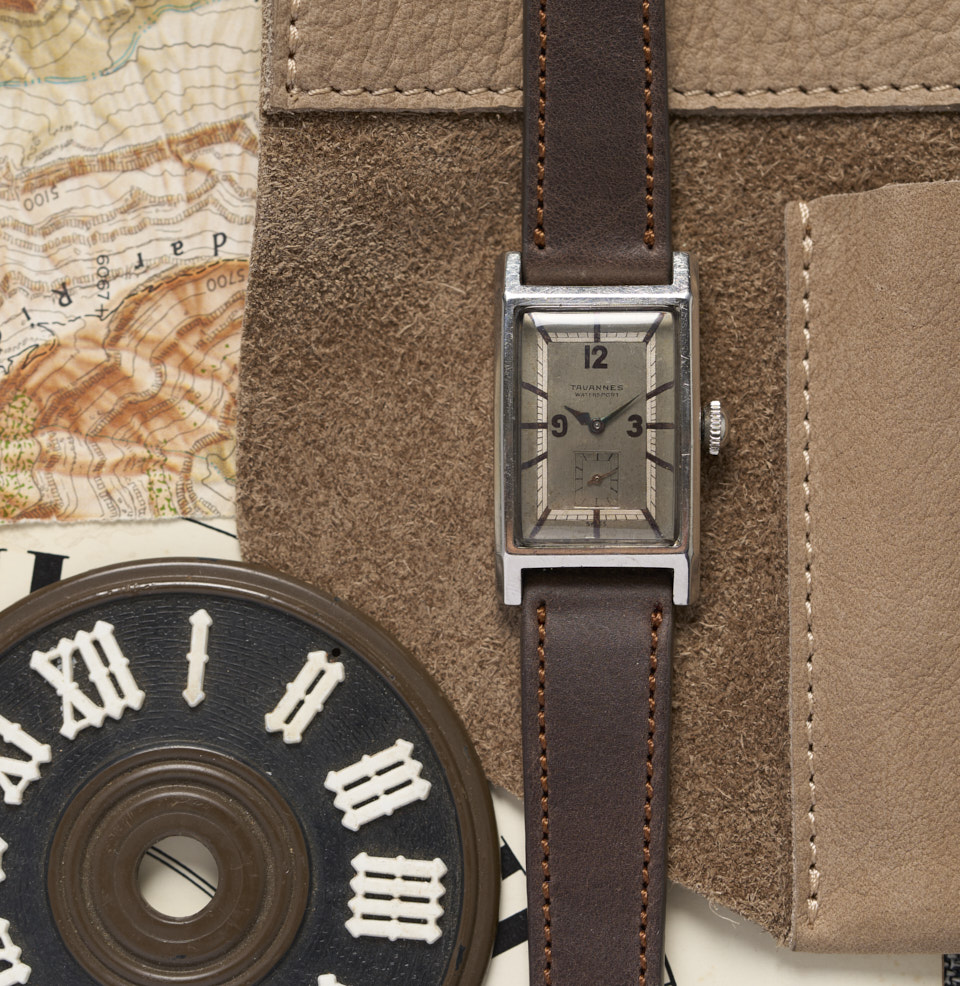 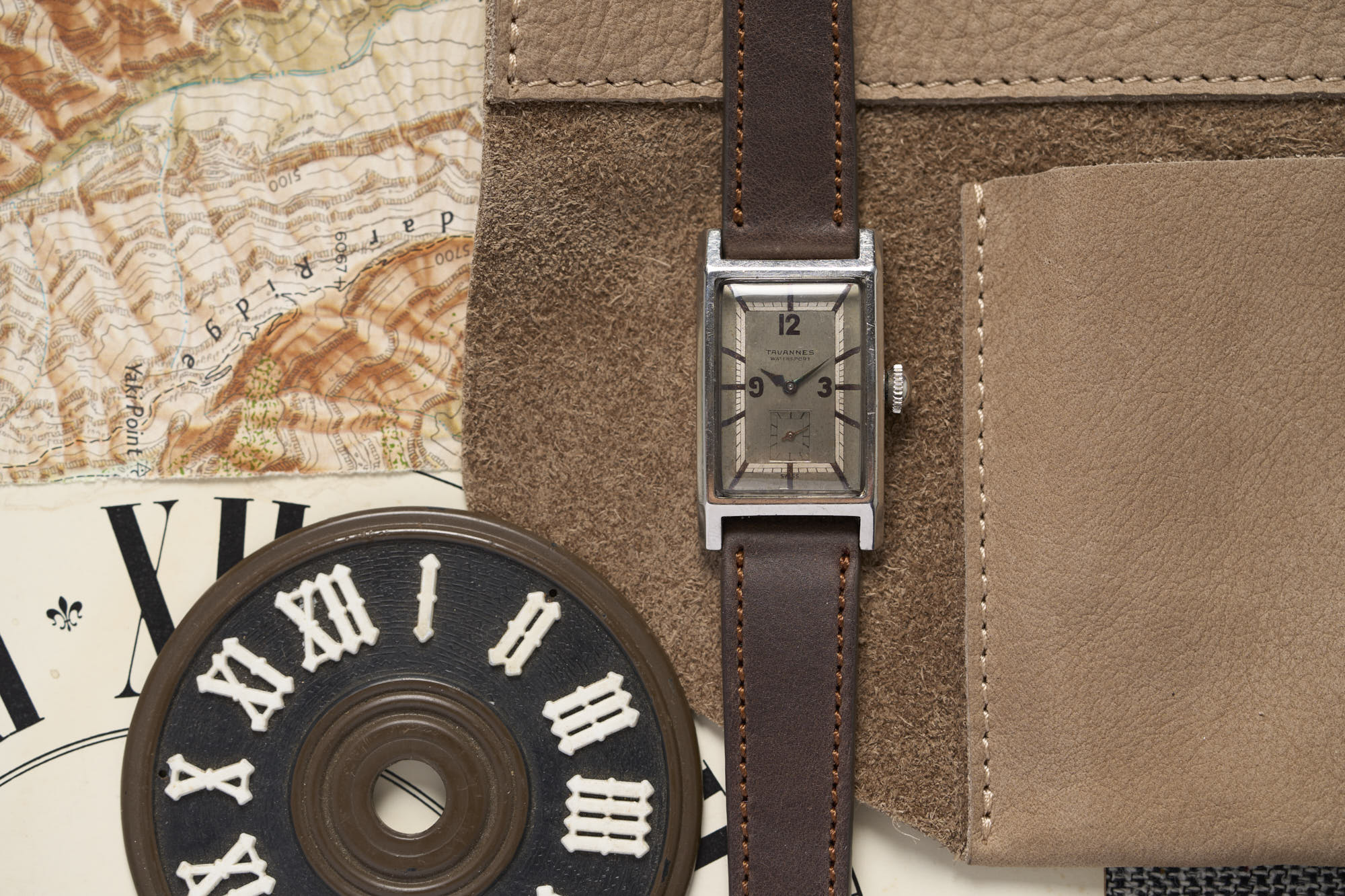 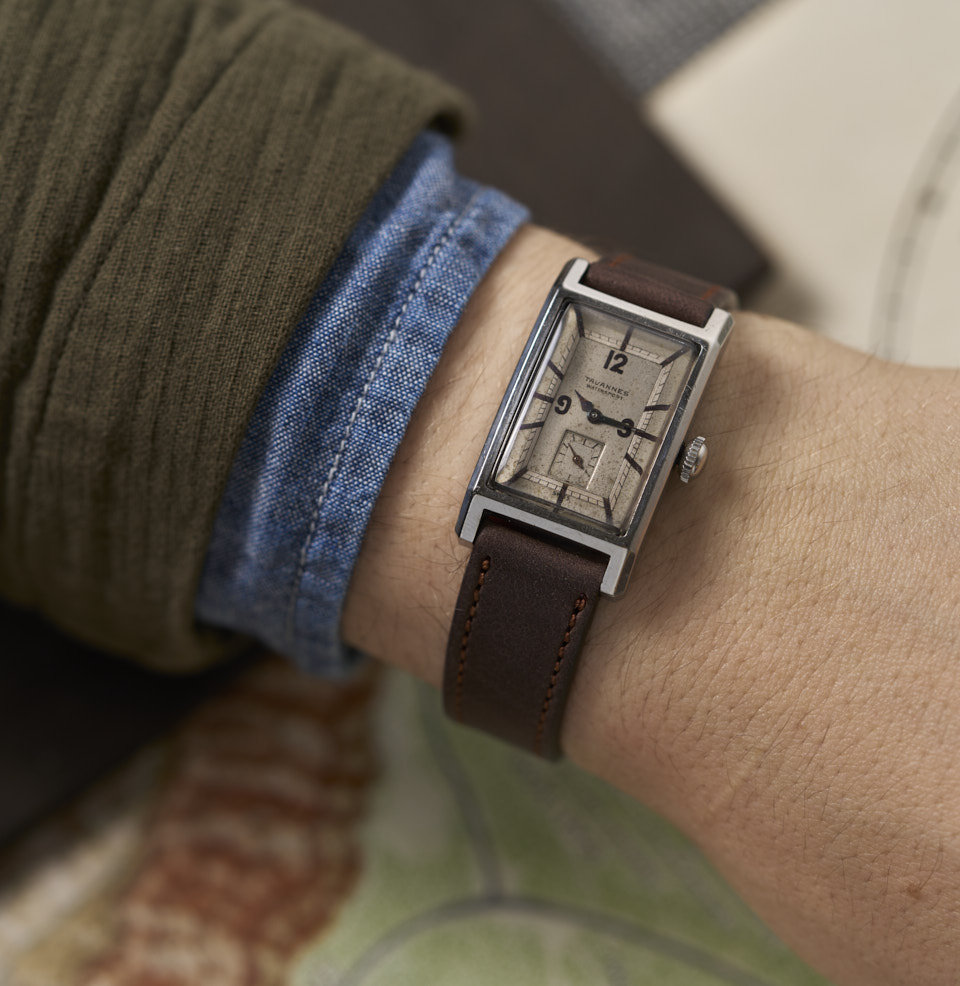 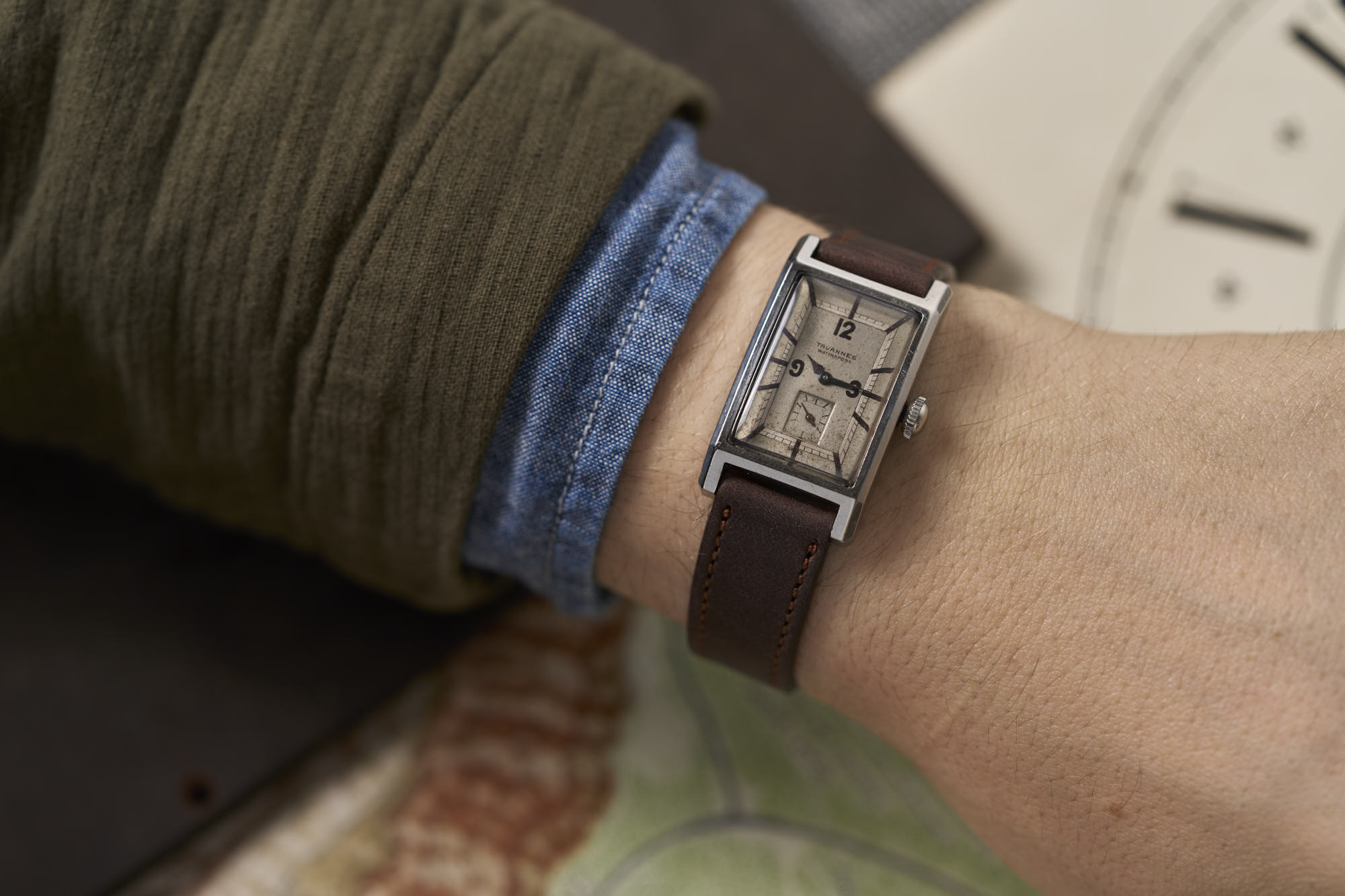 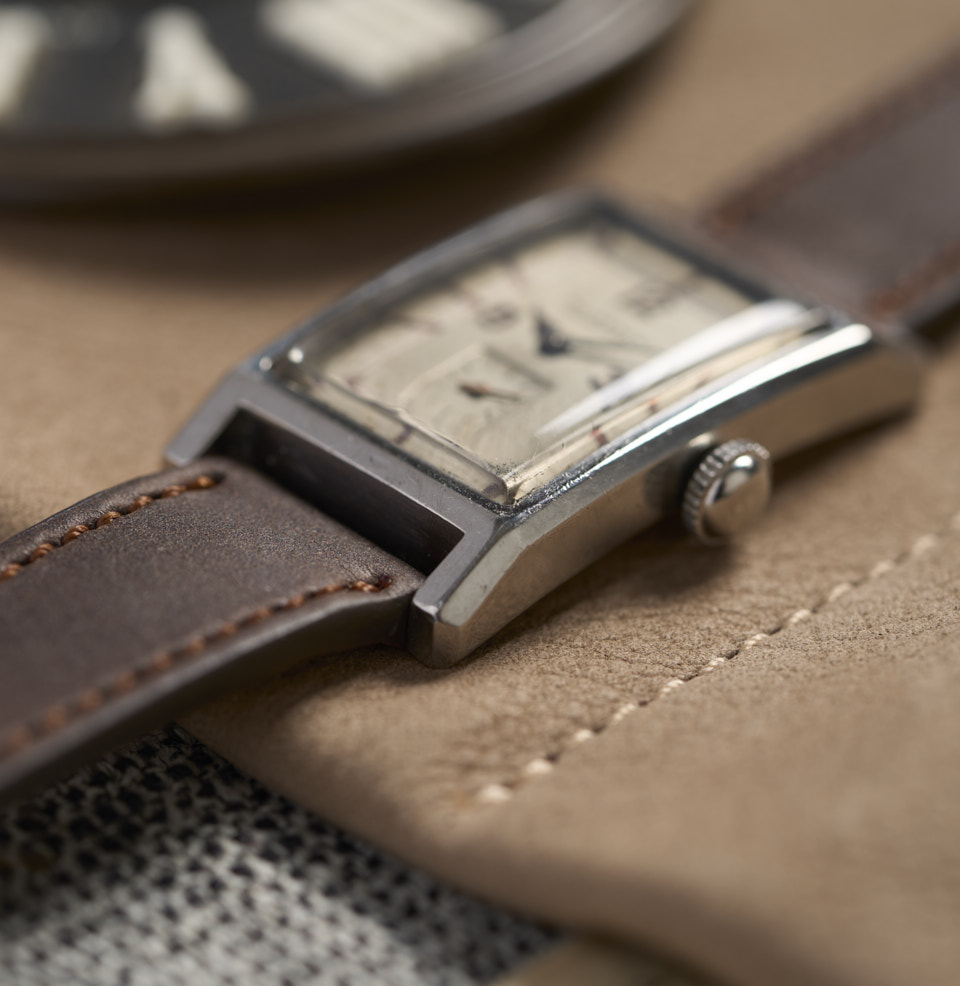 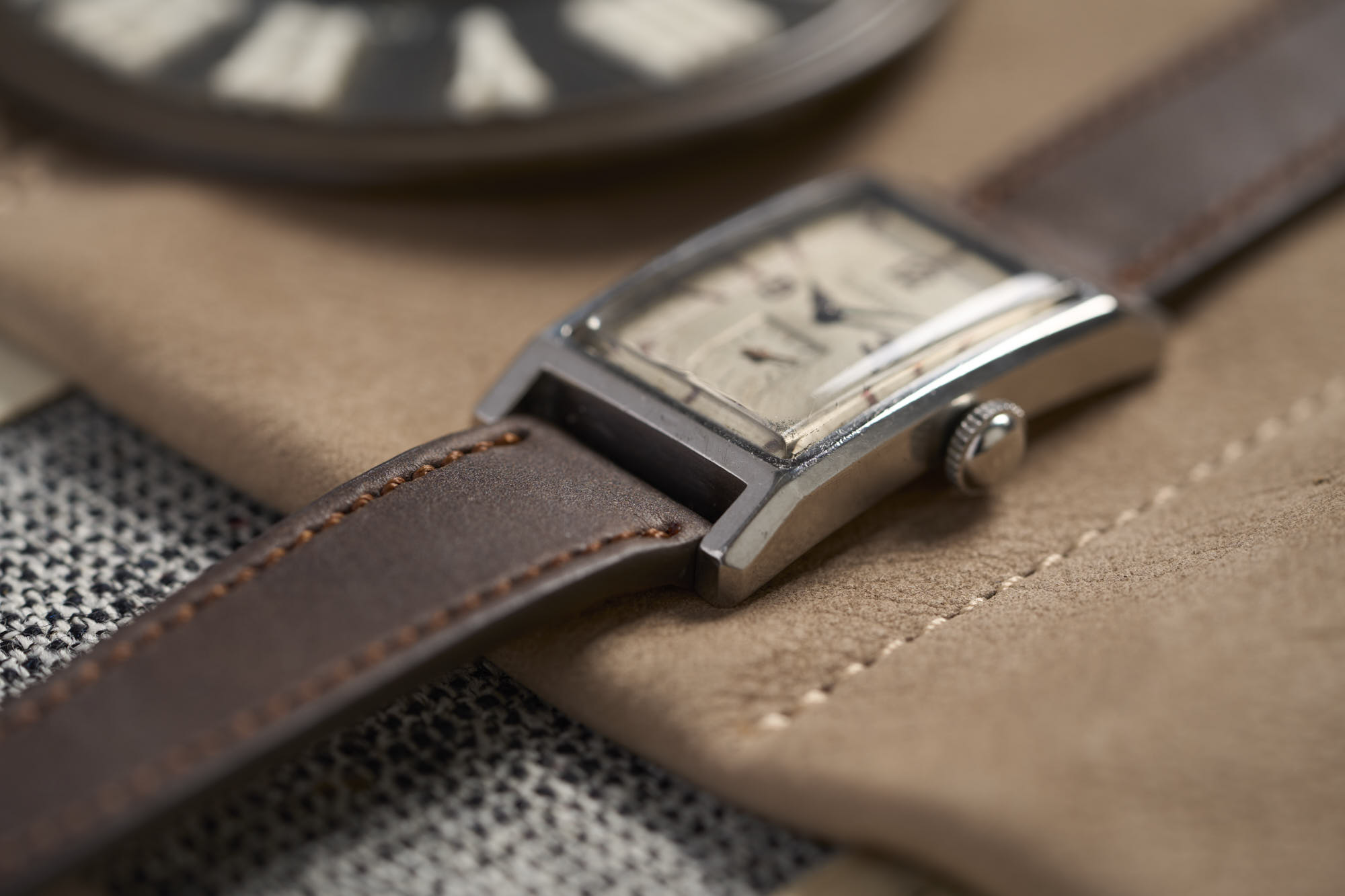 Thin Case Construction
The case being on 9mm thick, plays into its daily wearability 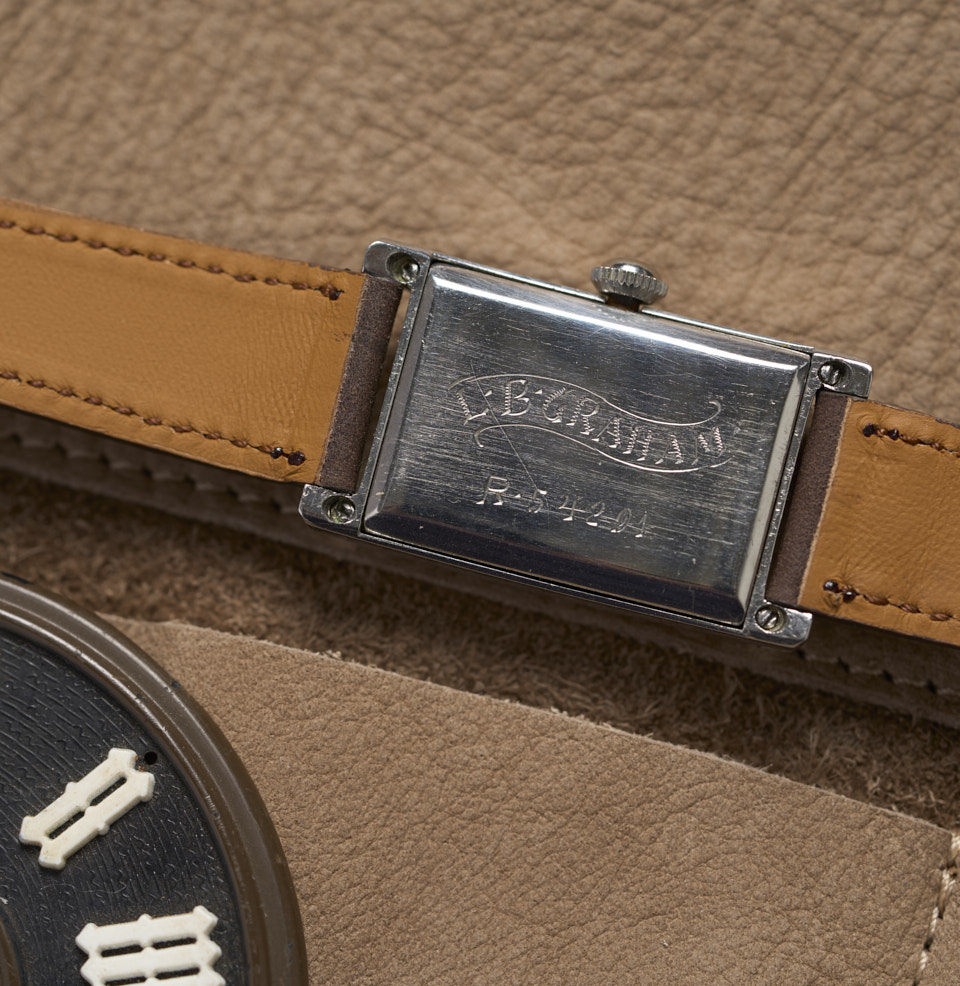 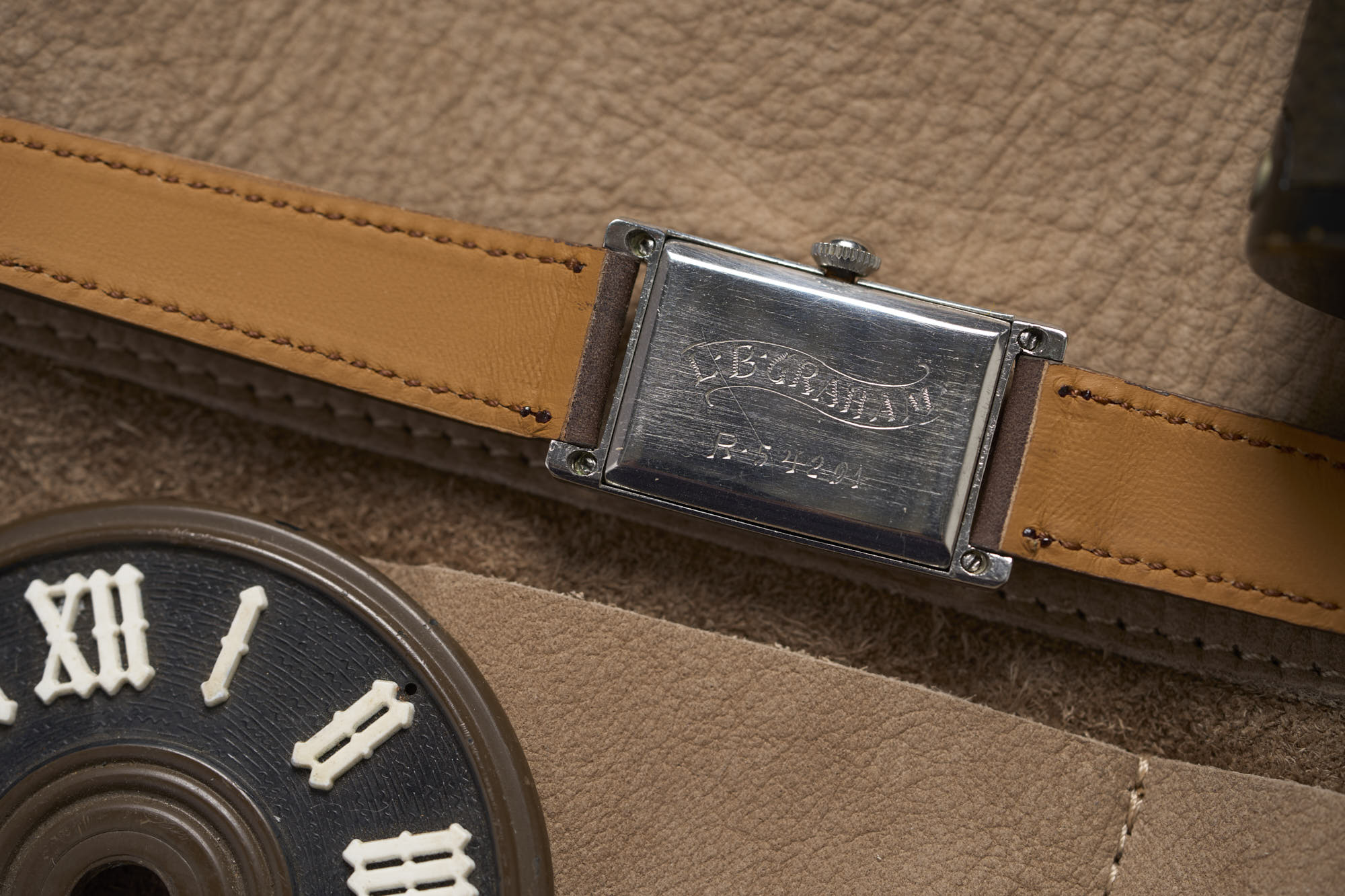 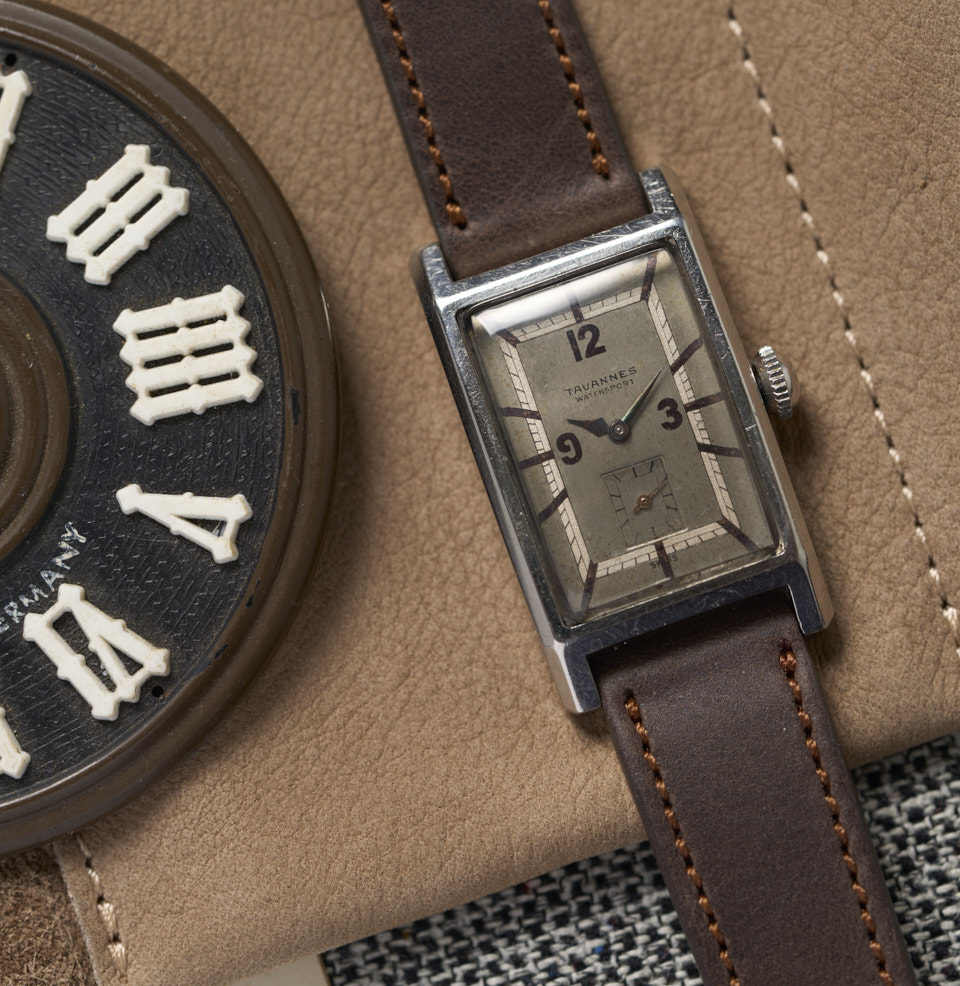 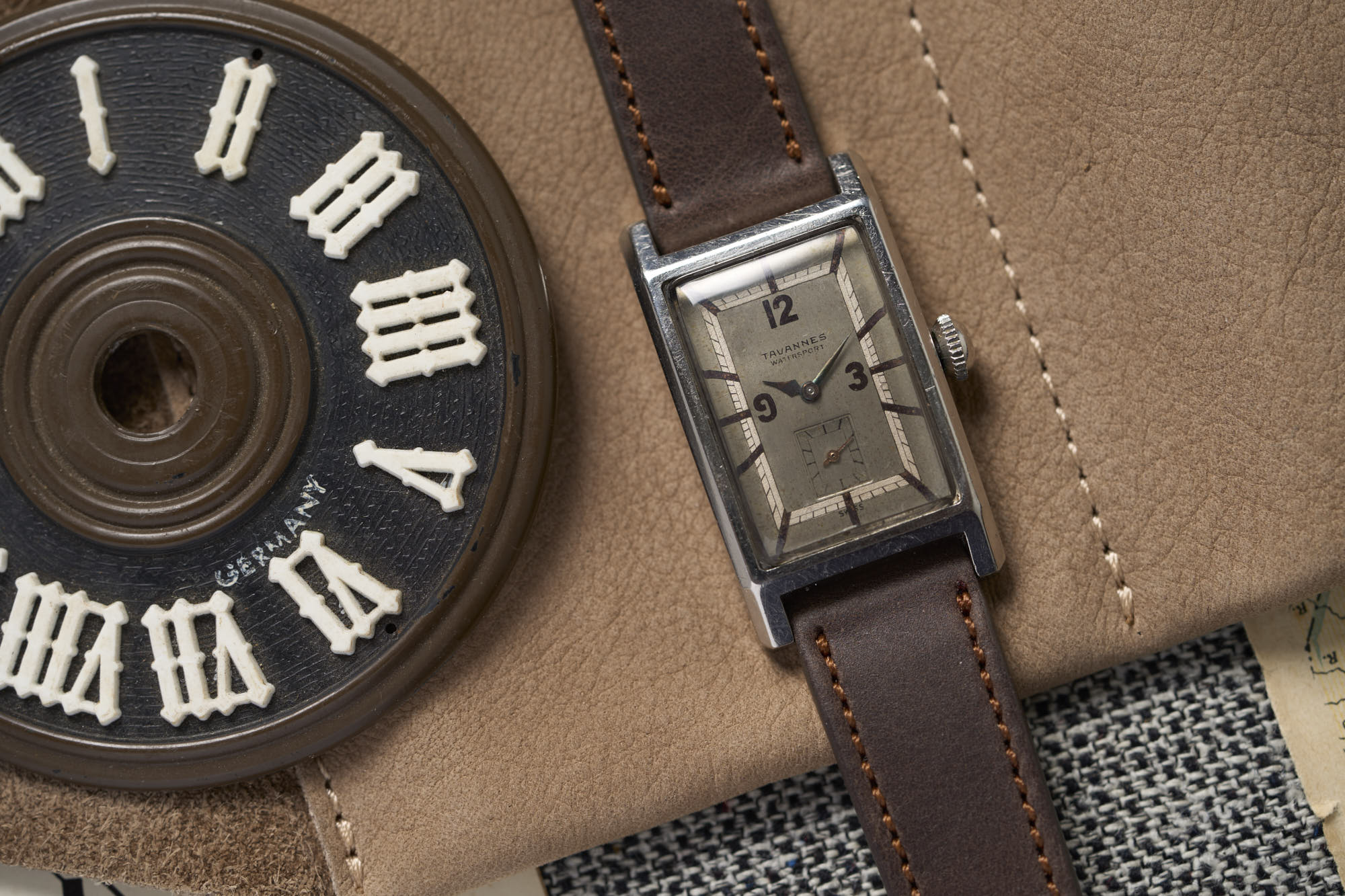 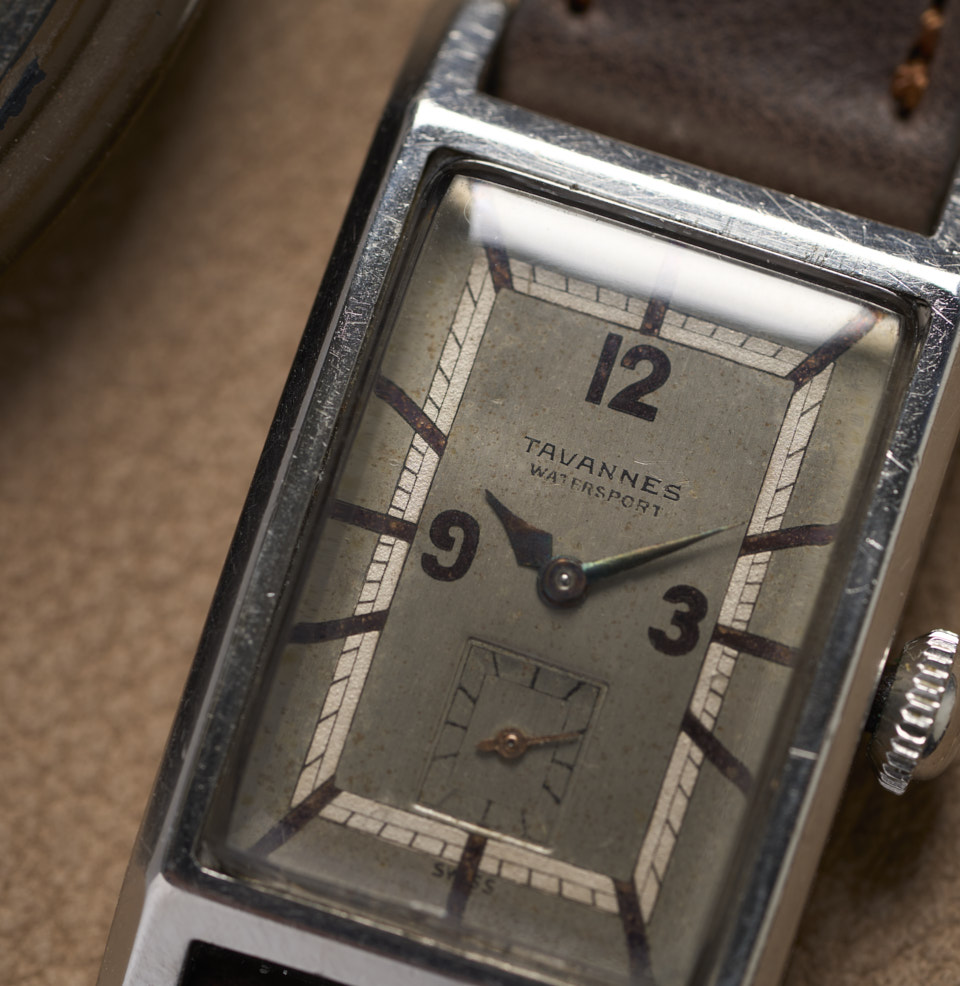 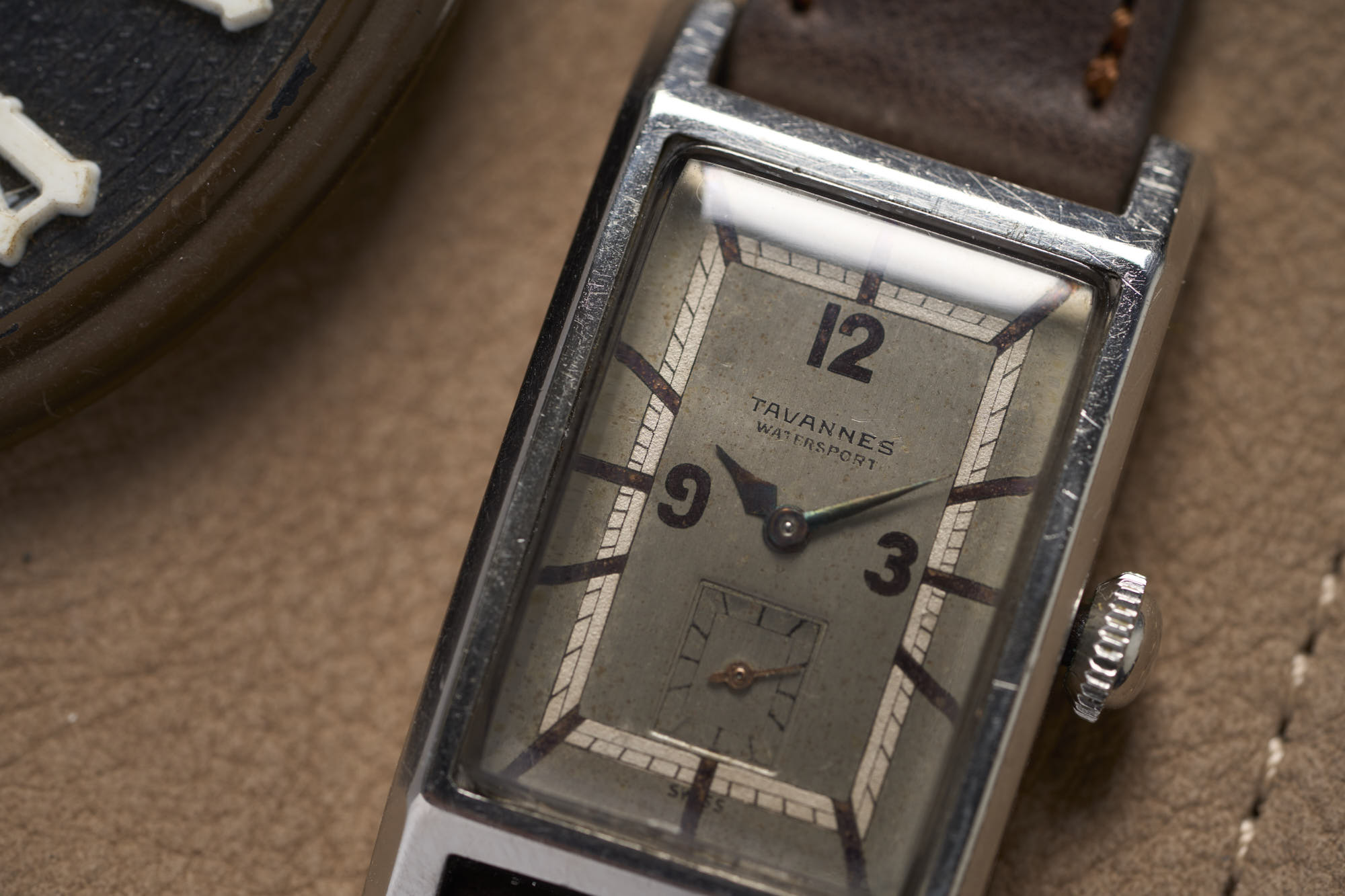 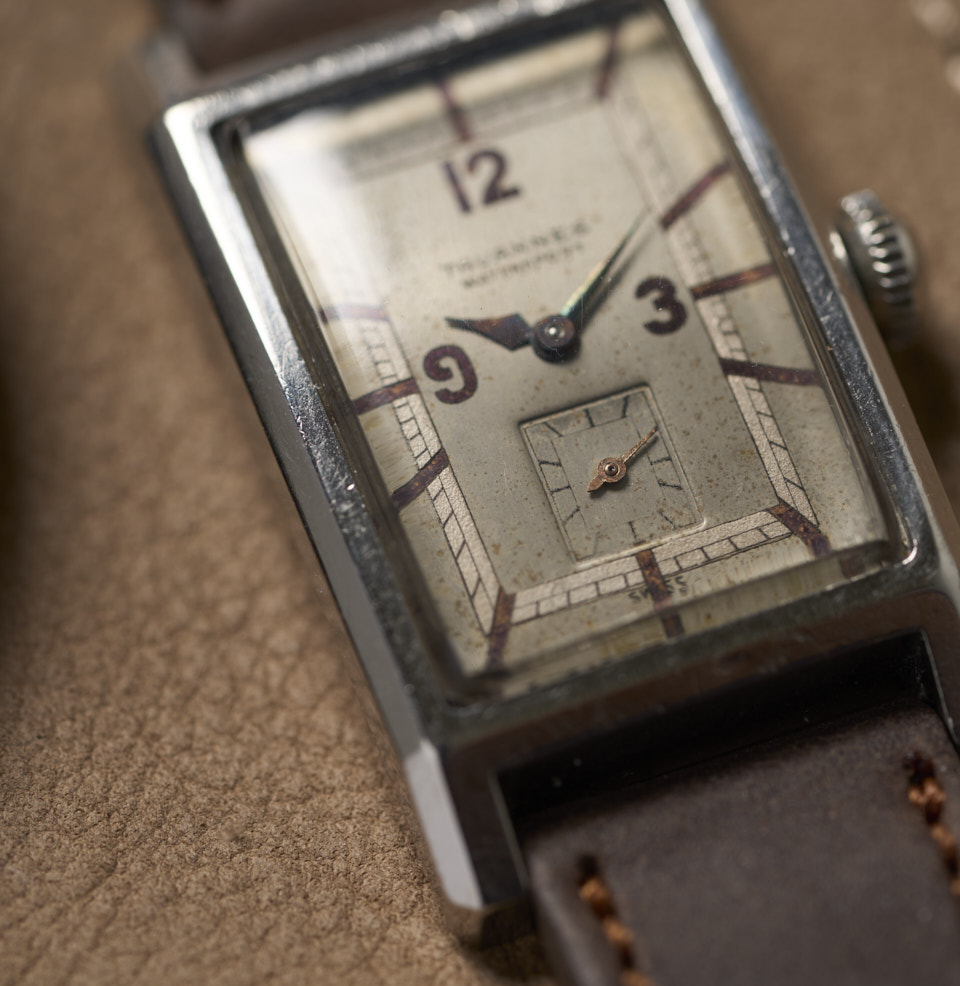 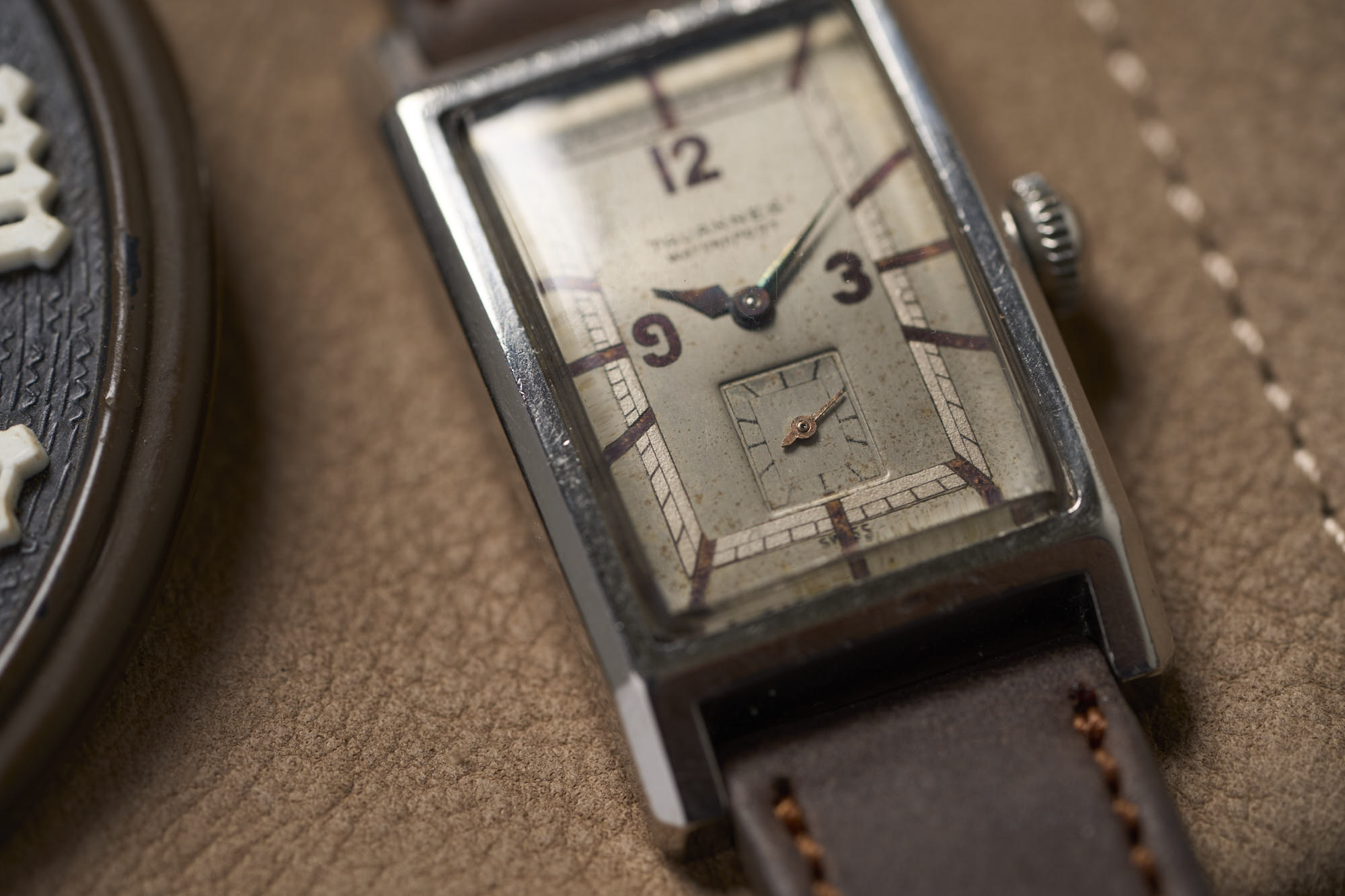 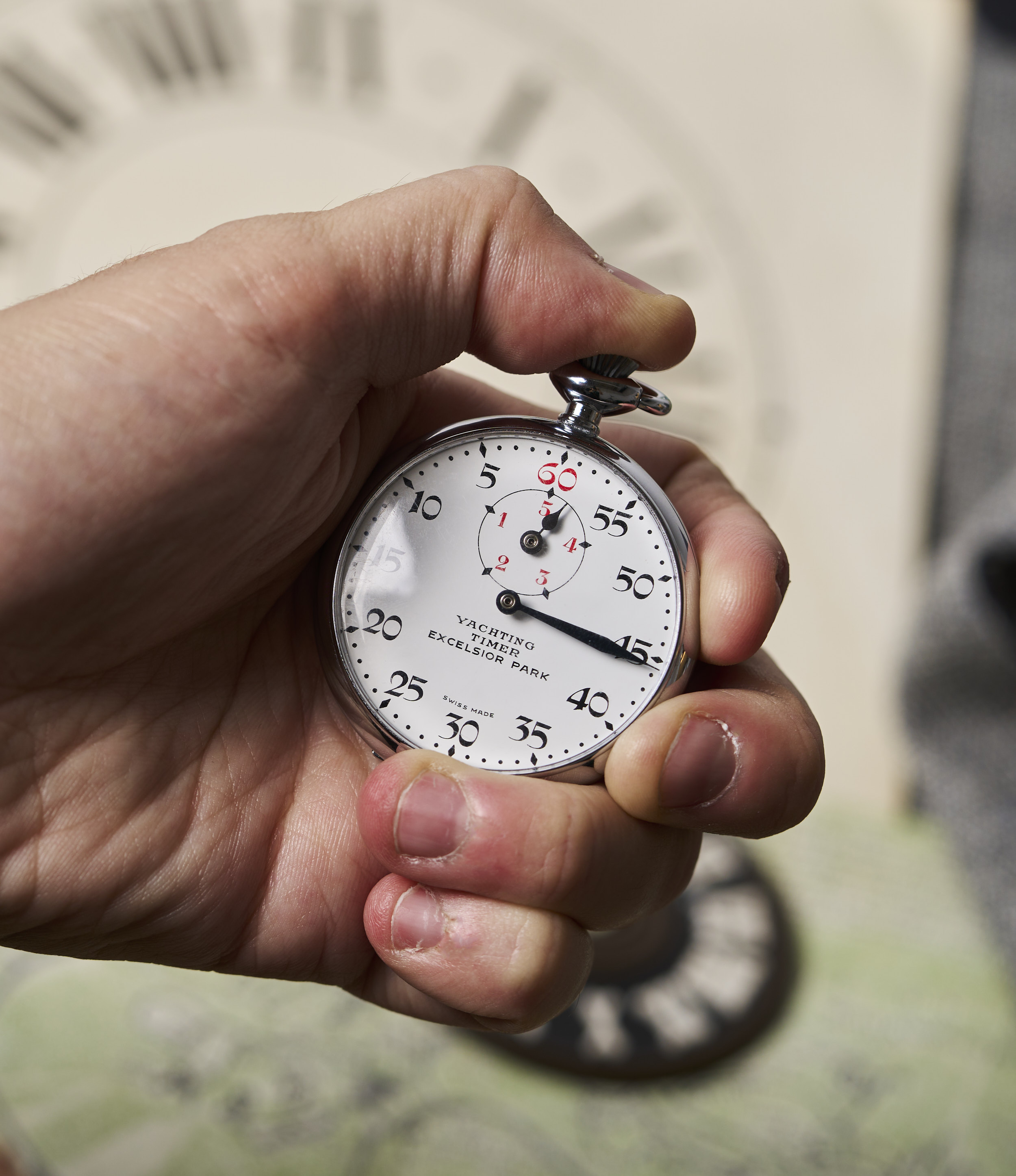 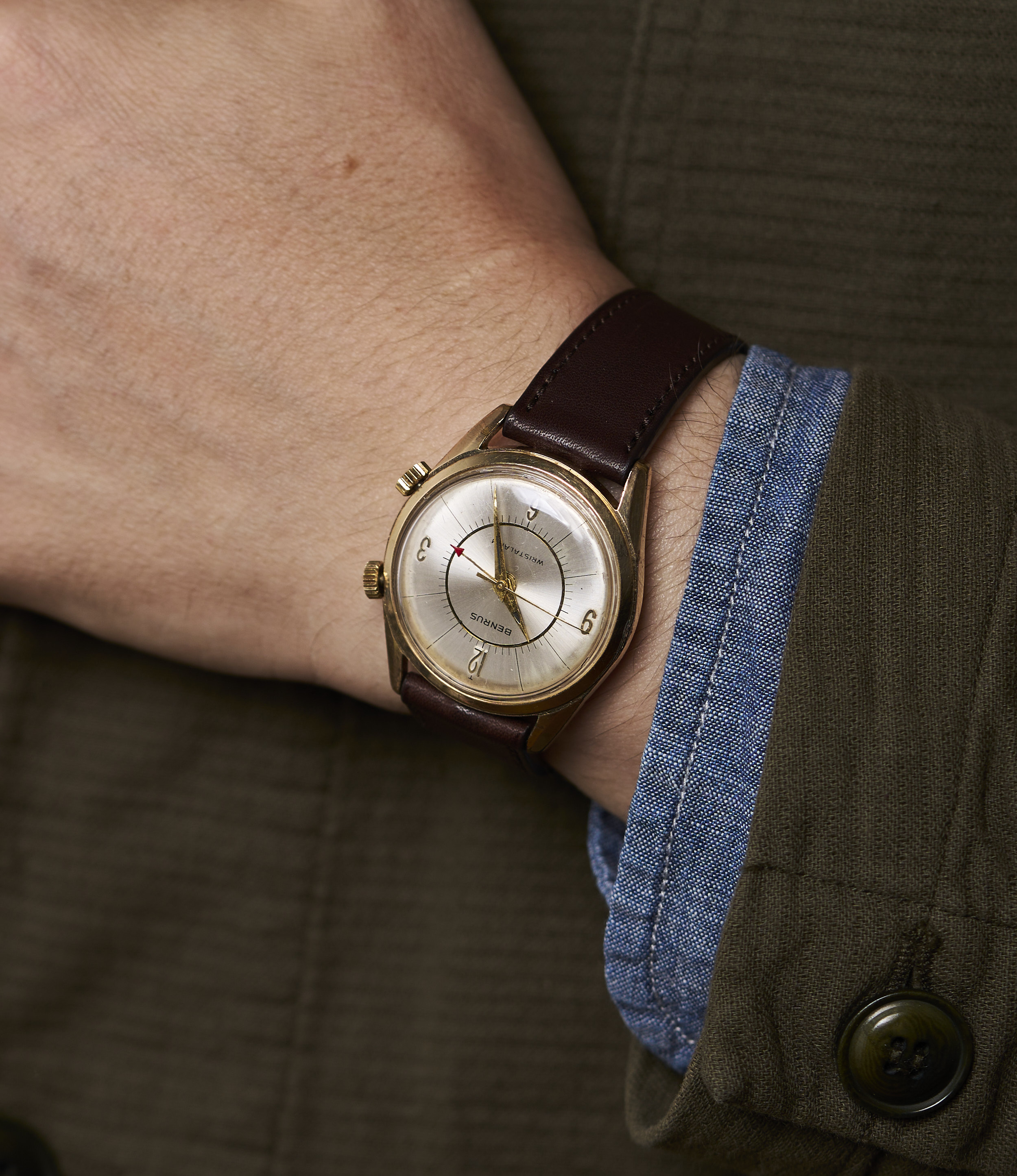 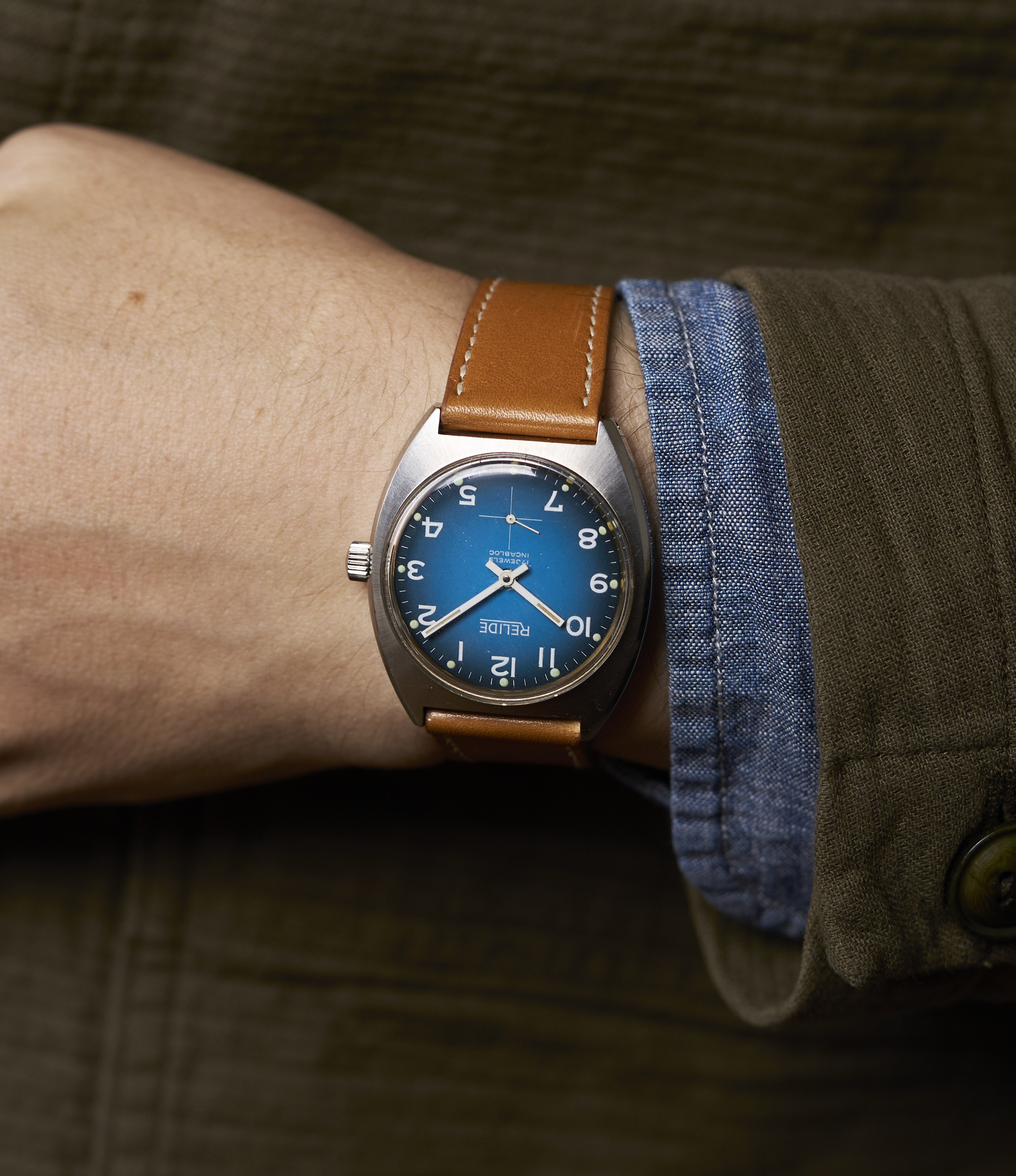 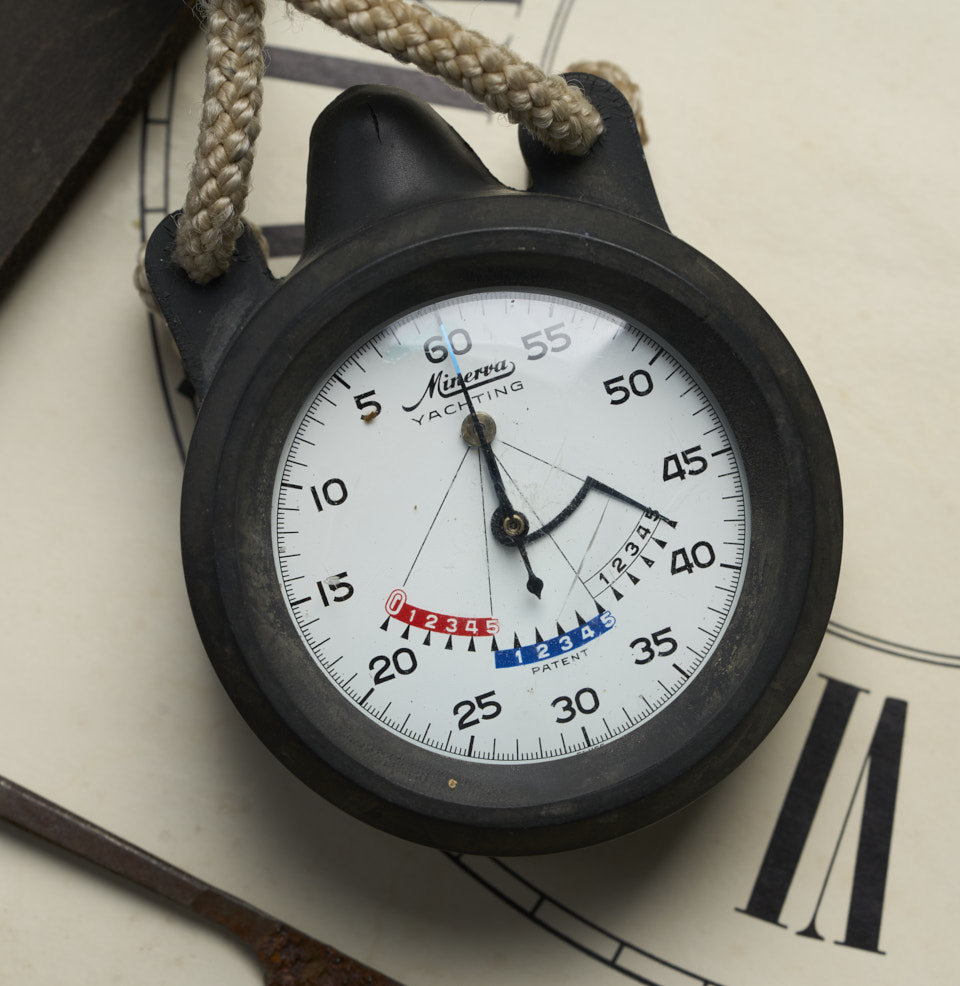 Add To Cart
$900.00
Finish selections for price & availability
Free shipping on orders over $100 in the US
Cart
X