Add To Cart
$1,800.00
Finish selections for price & availability
Free shipping on orders over $100 in the US
Autodromo
Monoposto
An automatic chronograph inspired by vintage dashboard instruments
Size
Dial
Email Me When Available
Item no longer available

Add To Cart
$1,800.00
Finish selections for price & availability
Free shipping on orders over $100 in the US

The Monoposto Chronograph was Autodromo’s first venture into mechanical chronograph; an achievement that also marked their fifth anniversary as a brand. Taking the inspiration of the original Monoposto, which was time-only, the chronograph draws on an early era of Grand Prix racing. Think single-seat race cars, drivers strapped down for dear life, and gauges that predated modern electronics. Mix in some vintage chronograph style and you have the new Monoposto. The design seamlessly mixes these elements, while featuring some Autodromo flair, notably seen in the red-line printed on the back of the sapphire crystal. At 43mm with wire lugs, the watch truly feels like a vintage gauge that was removed from a dash and then converted into wrist wear.

The Monoposto Chronograph is powered by the Seiko NE88 automatic caliber. This Japanese-made movement is an exceptional example of a modern chronograph with some truly high-end details. It features 34-jewels, stopwatch functionality, 45-hour power reserve, a frequency of 28,800 bph (beats per hour) and hacking seconds (the second hand stops when the crown is pulled out). Most notably, the NE88 also features column-wheel and vertical clutch systems, both of which create a smoother starting and stopping chronograph, and are typically found only on high-end luxury watches. 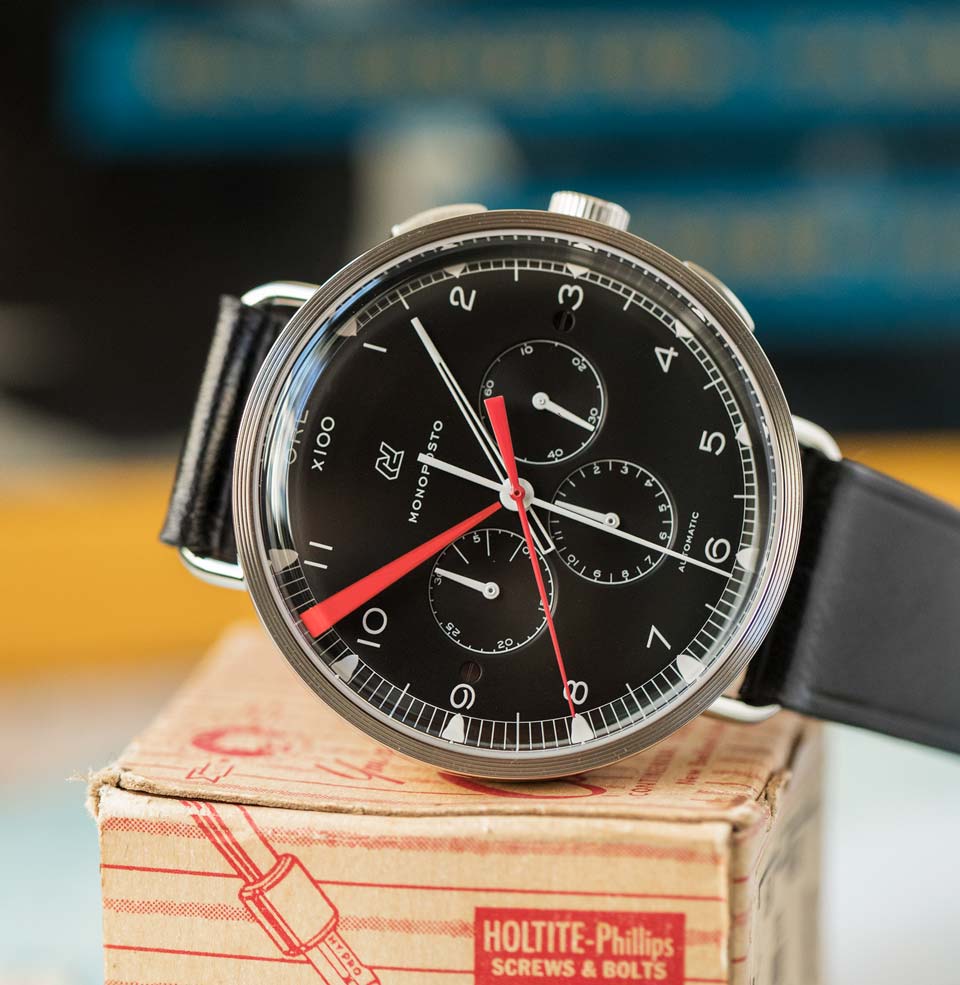 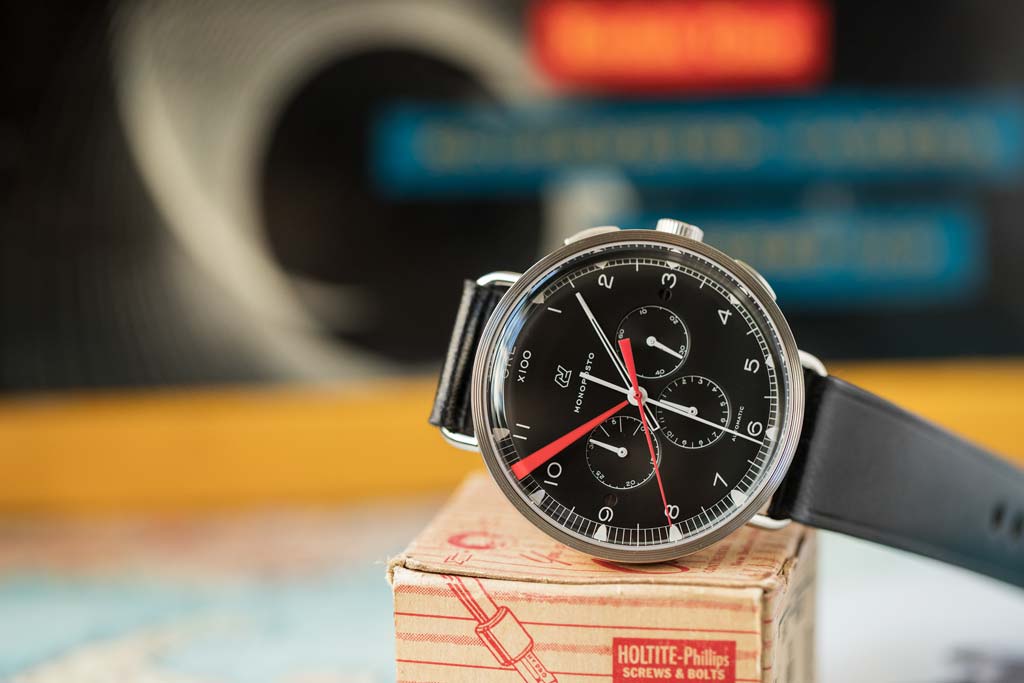 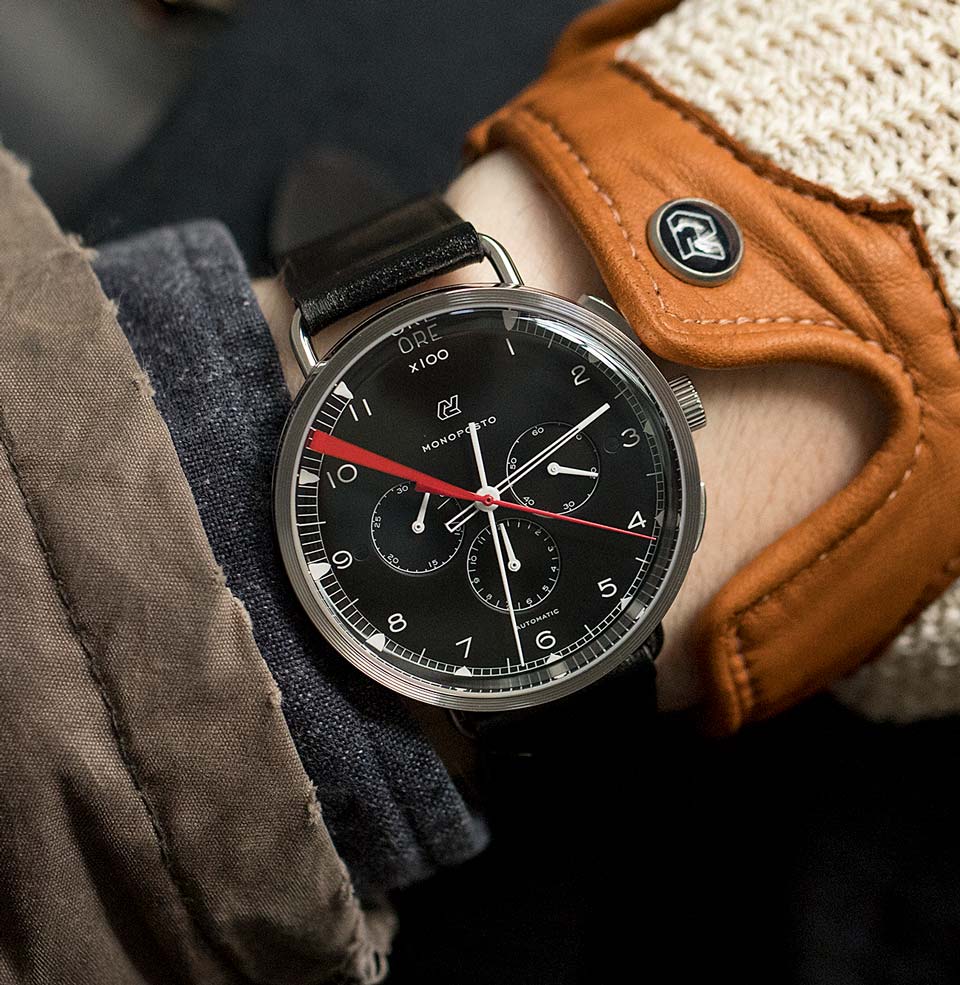 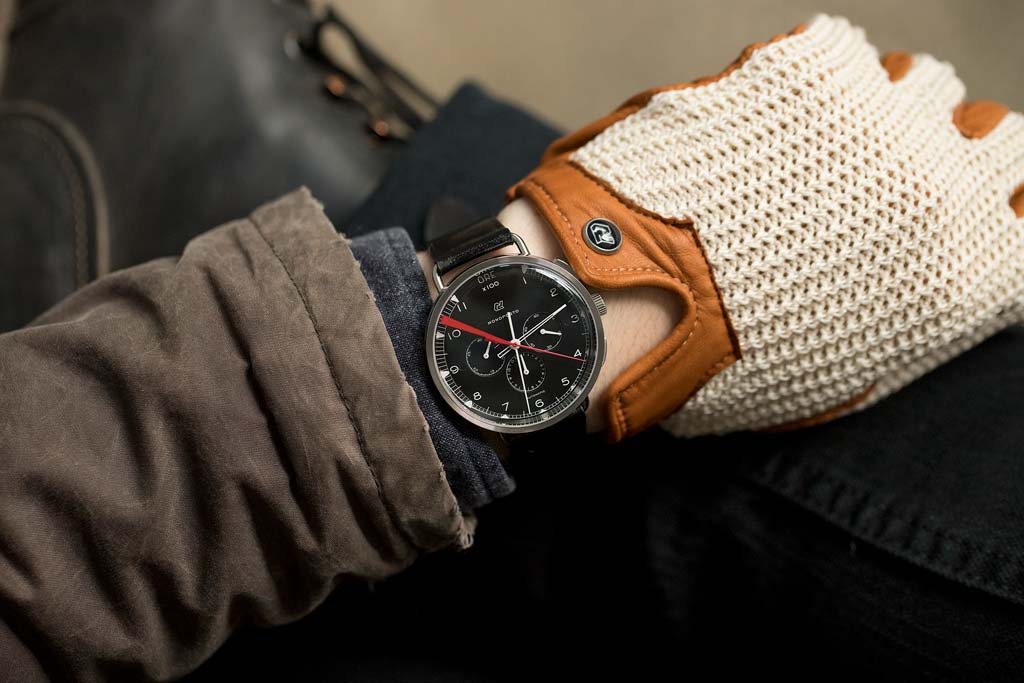 43mm on a 7” wrist
Thanks to the wirelugs, the Monoposto wears very well despite a large diameter 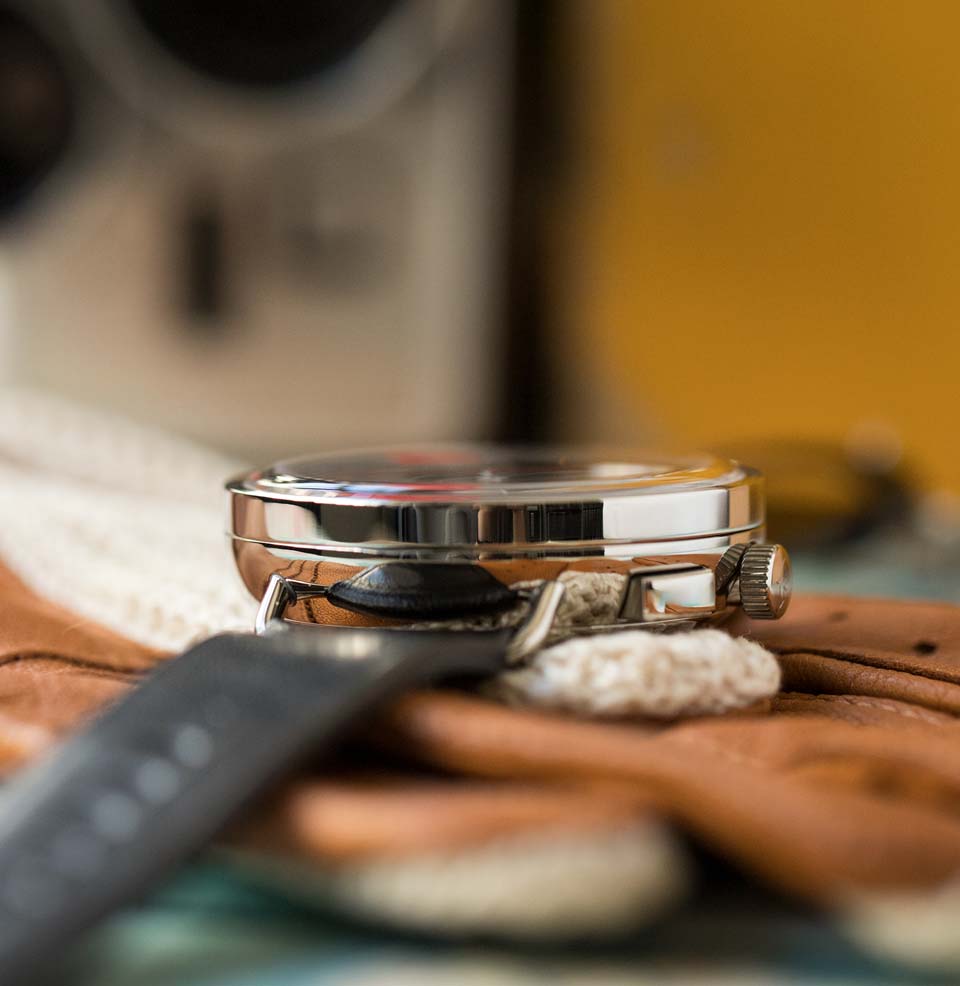 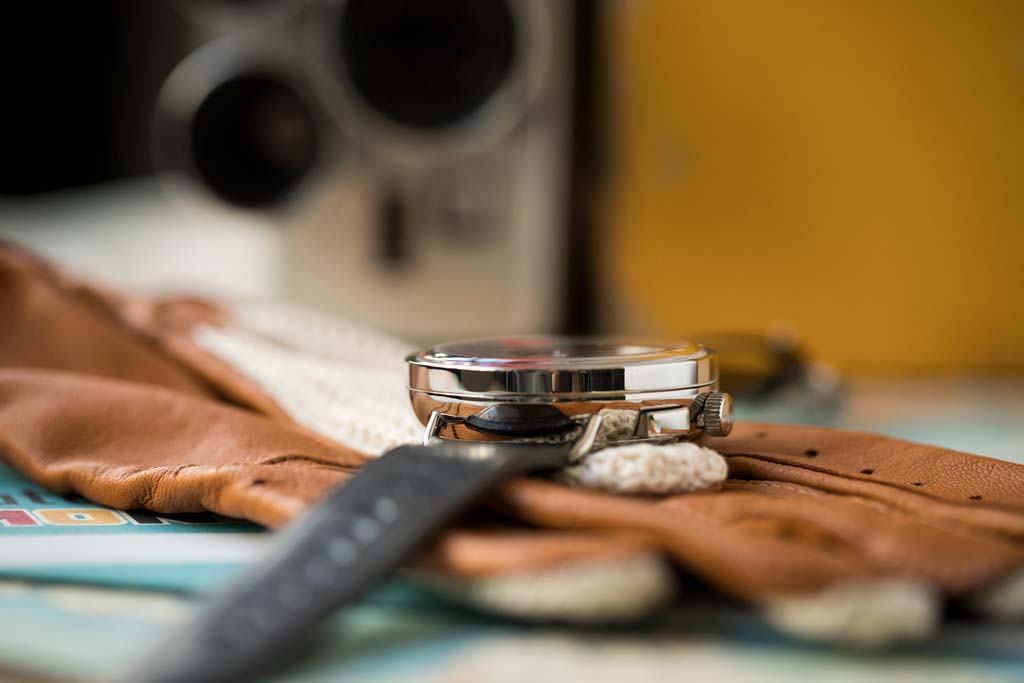 Beautiful Case Shape
The polished case is great from every angle 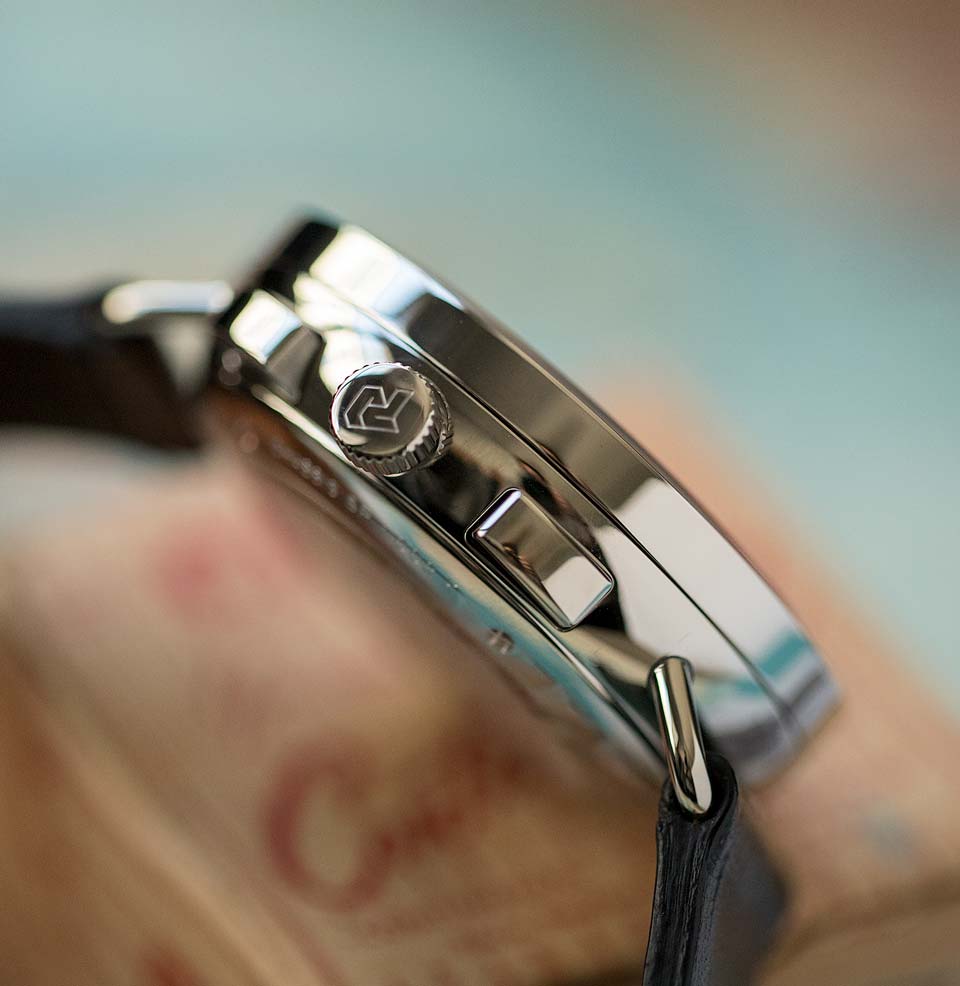 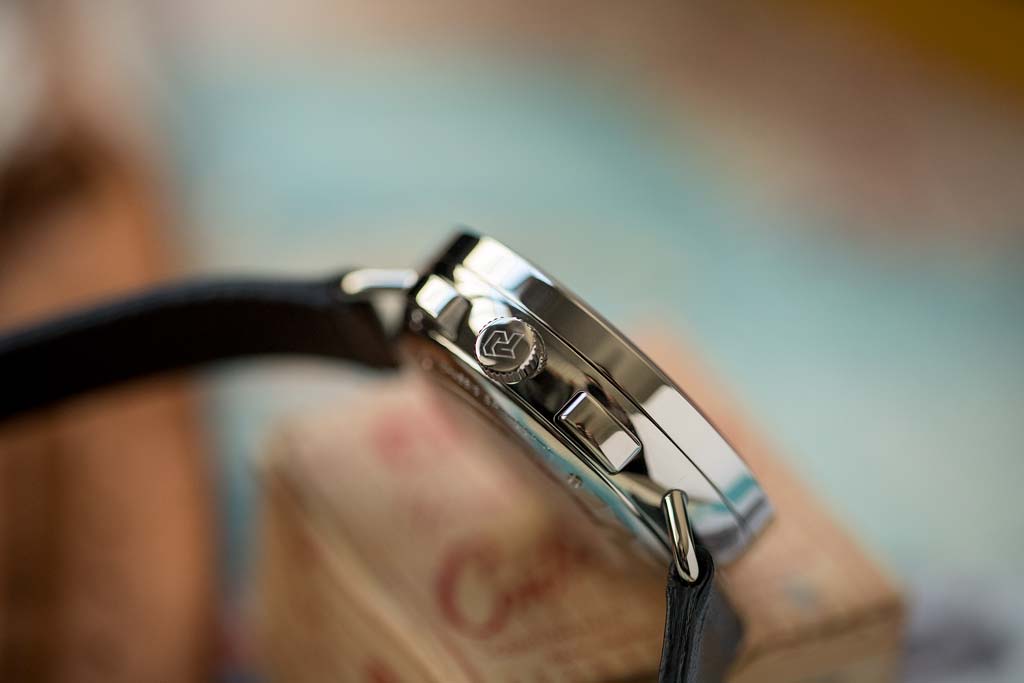 Thick Square Pushers
A pleasure to push with your thumb 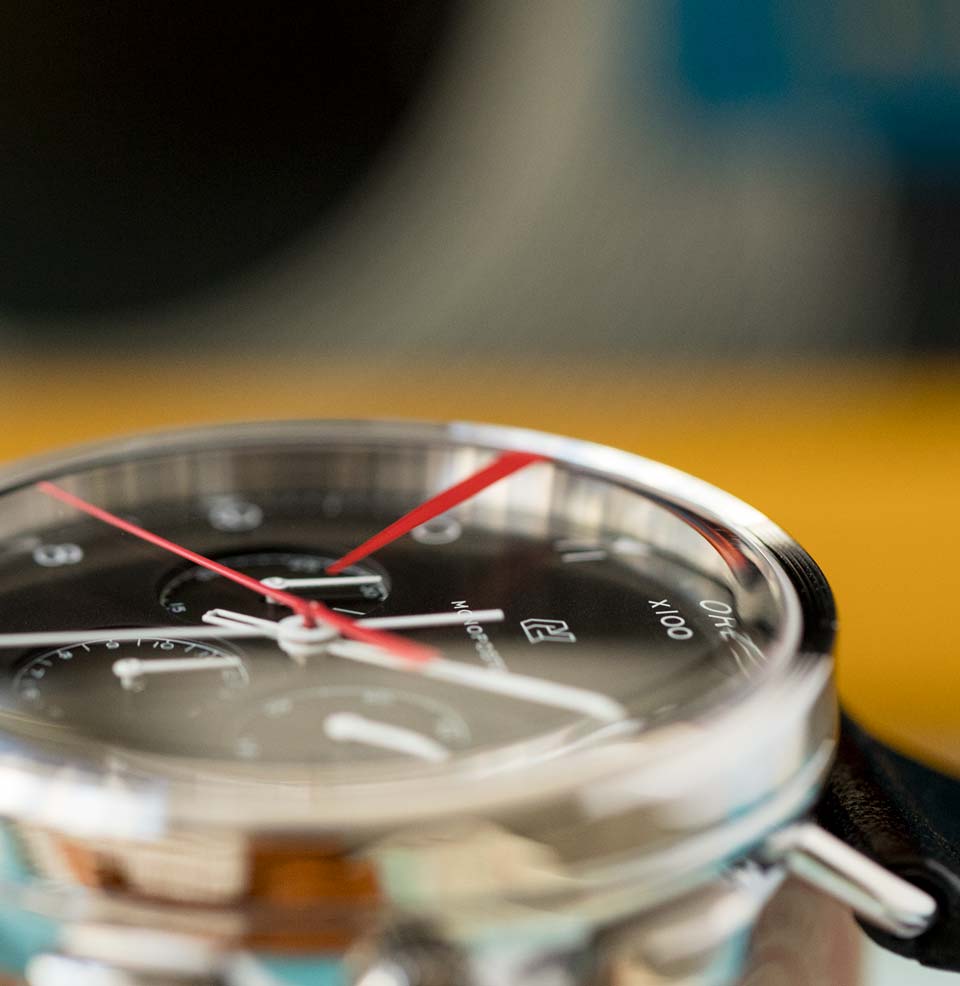 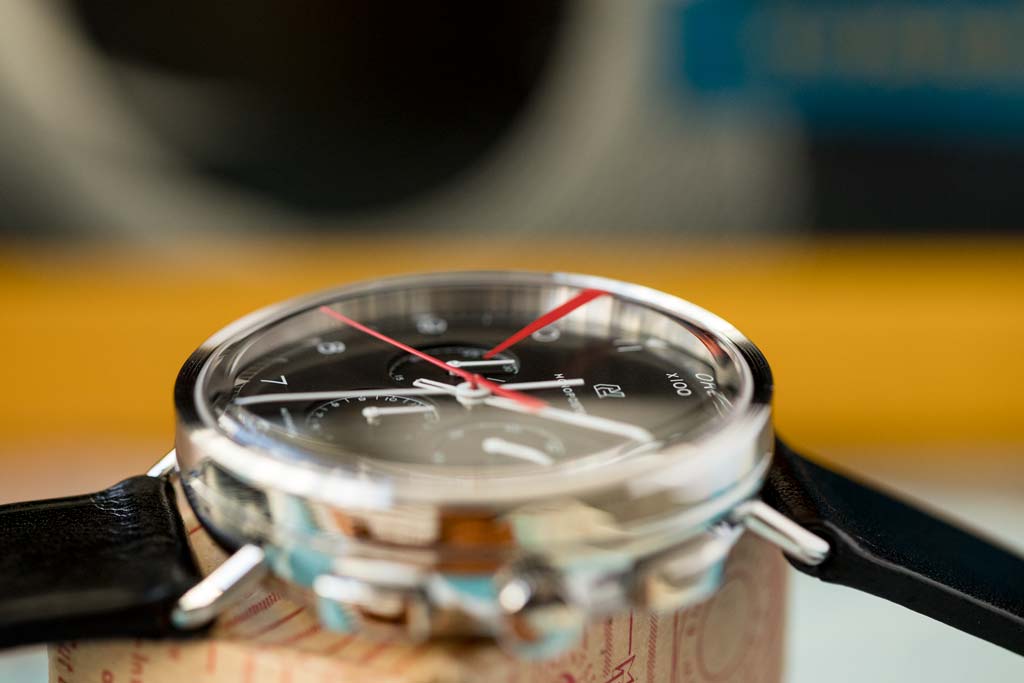 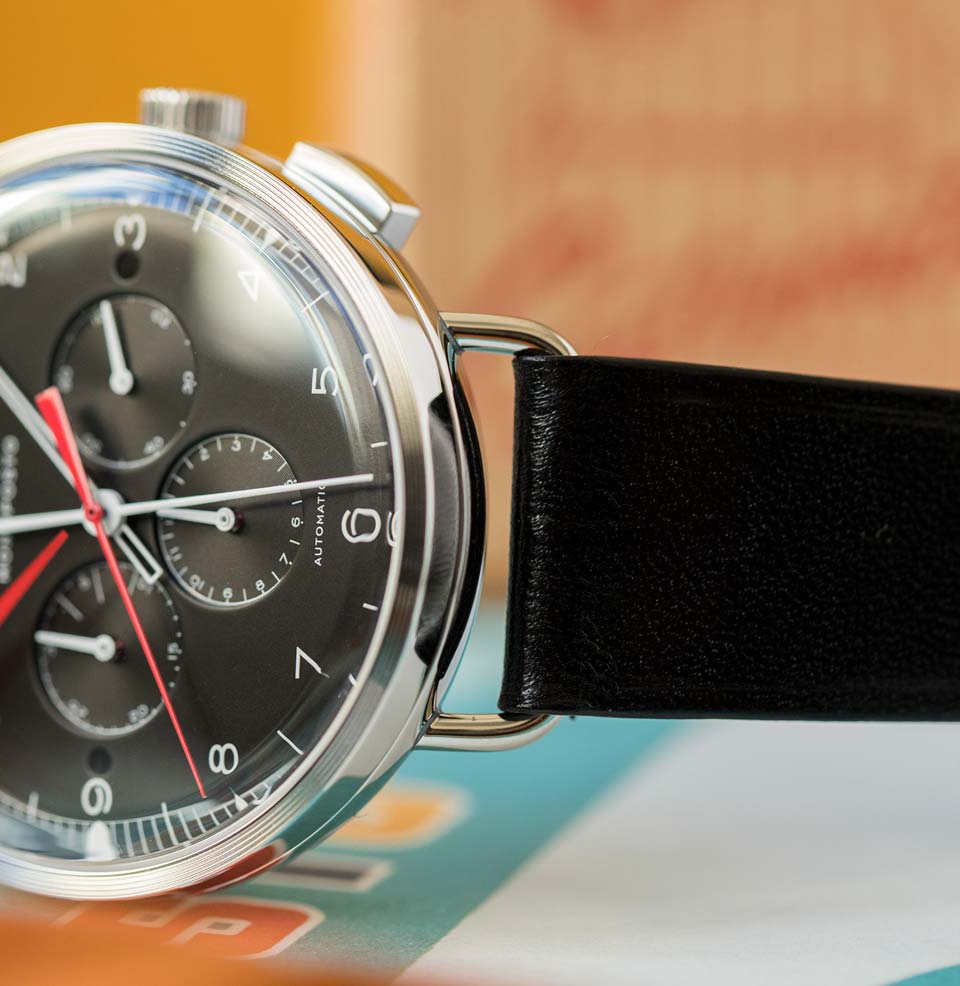 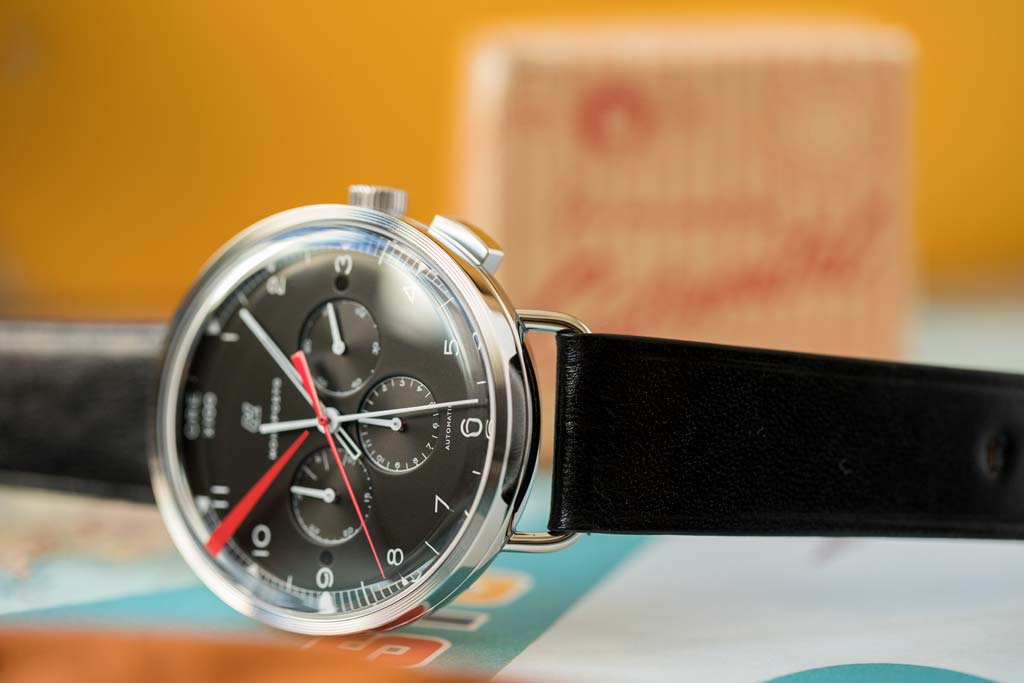 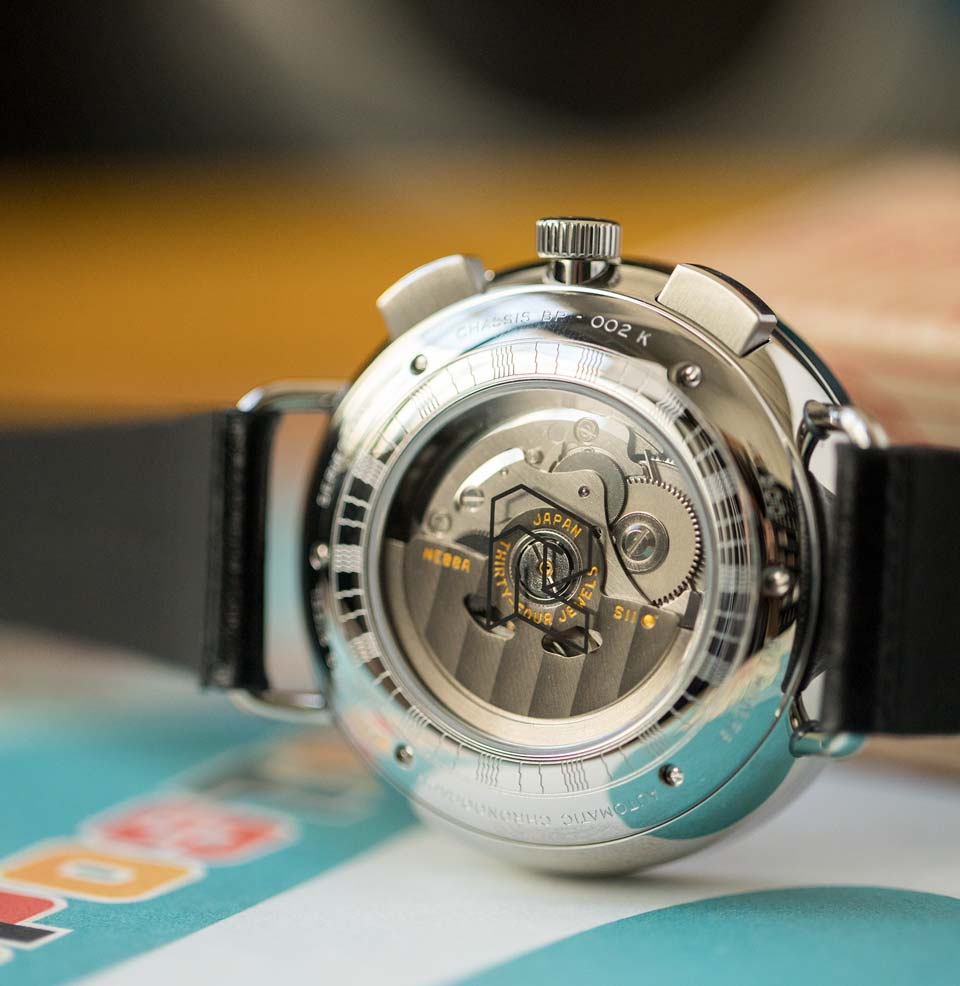 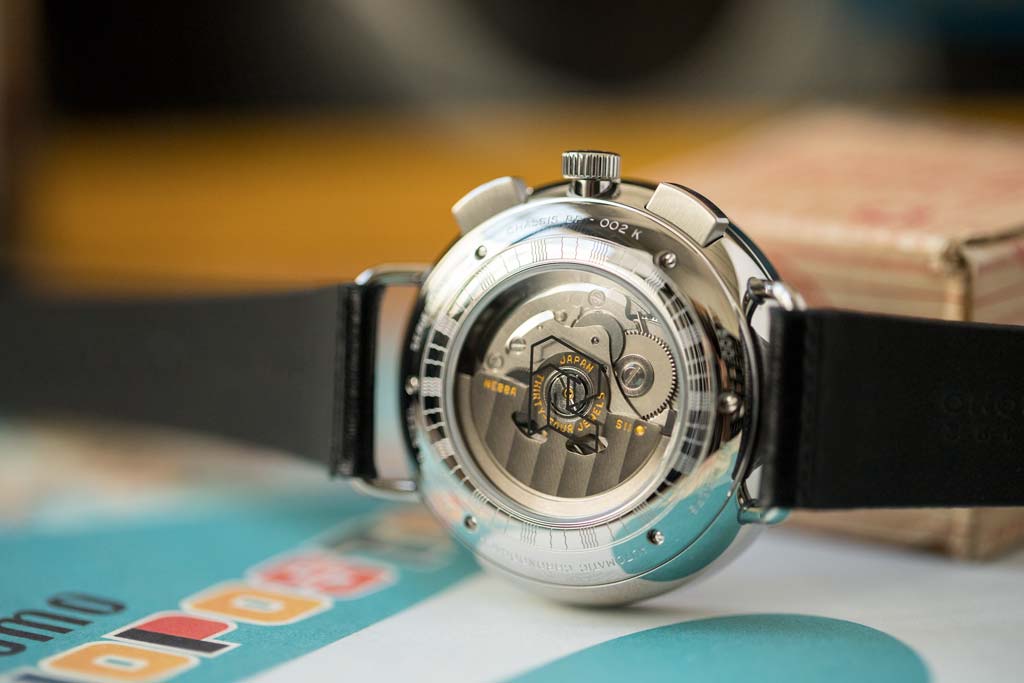 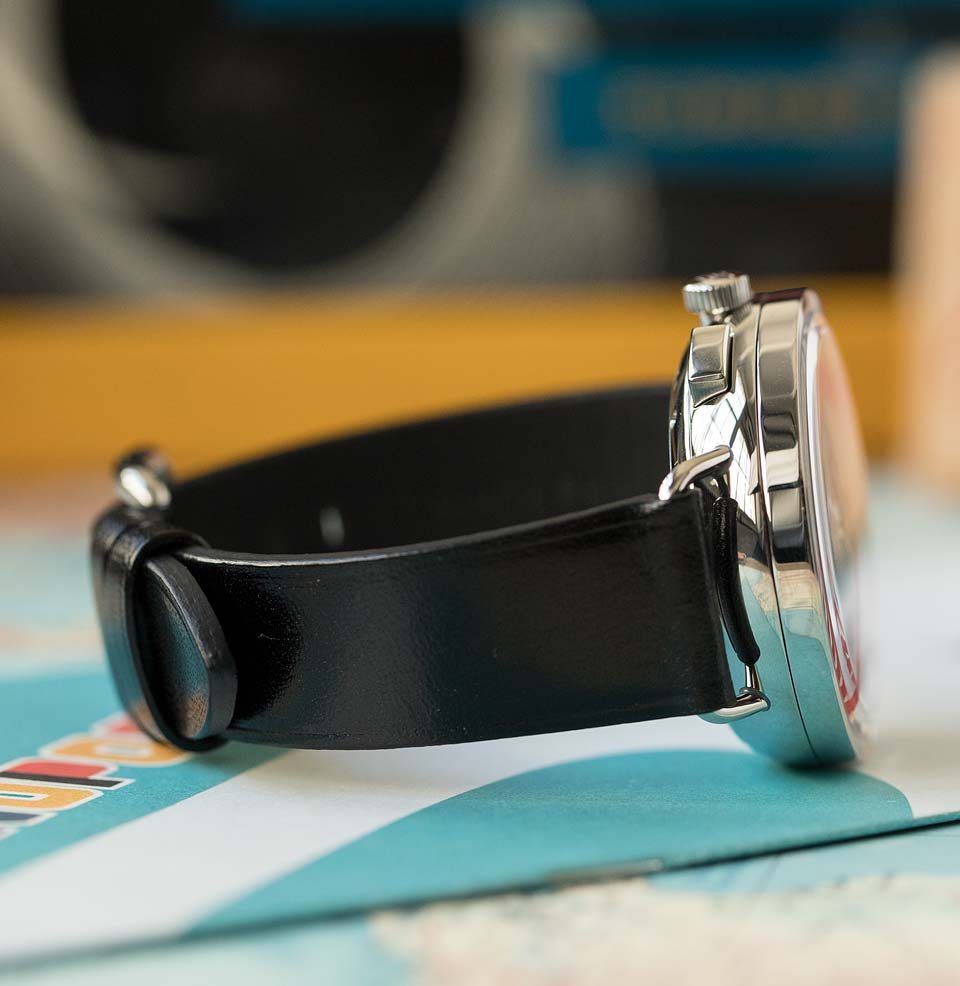 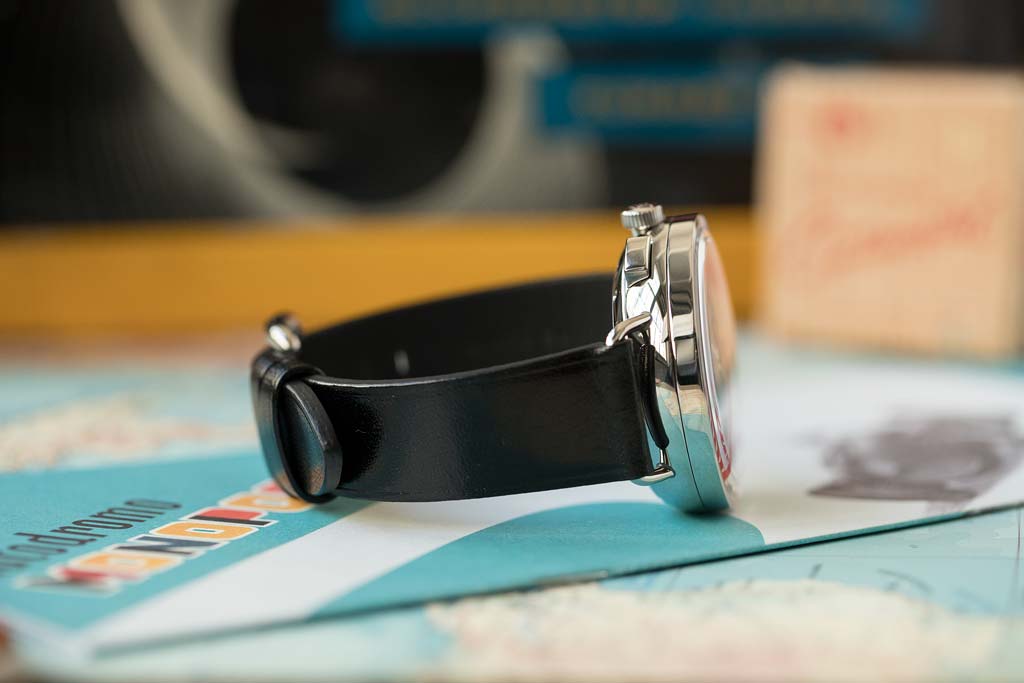 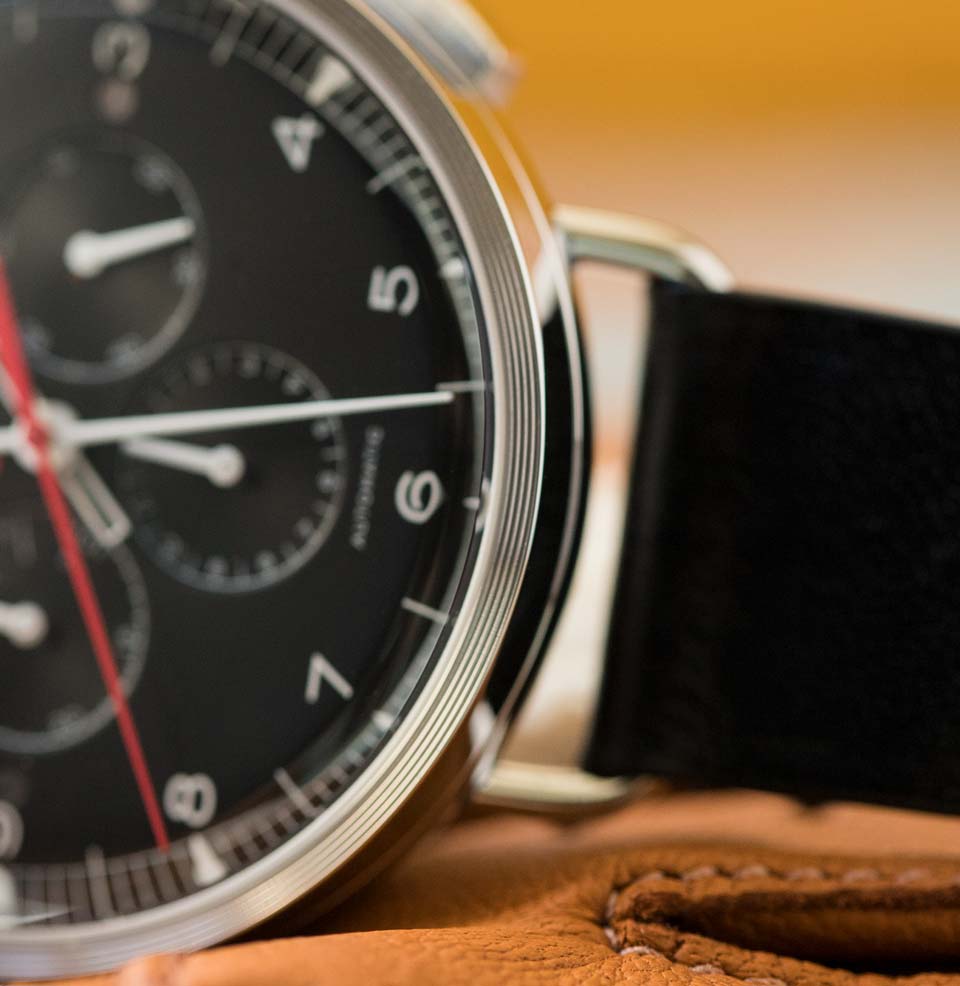 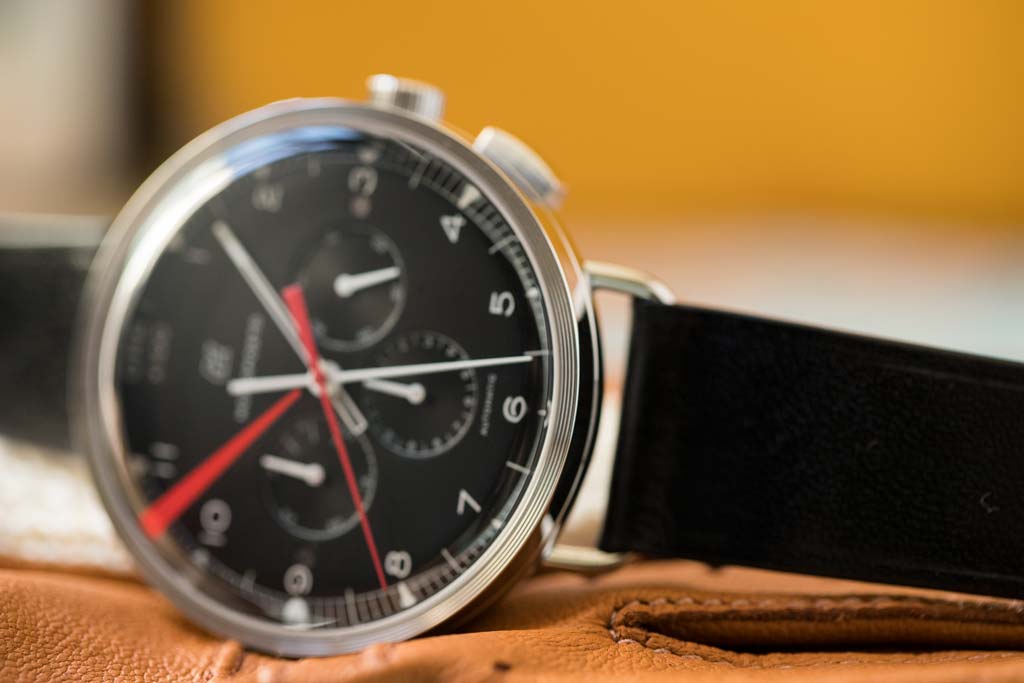 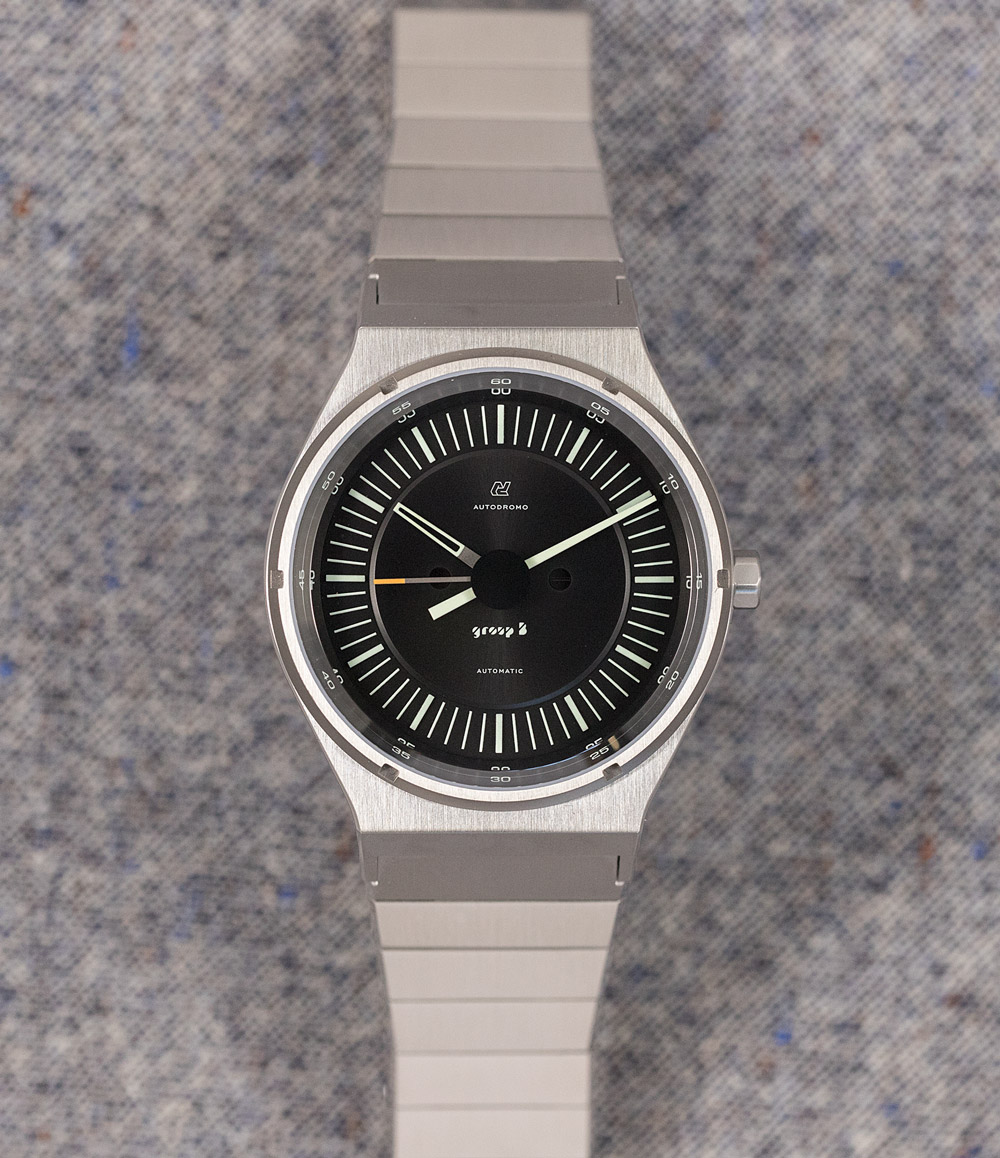 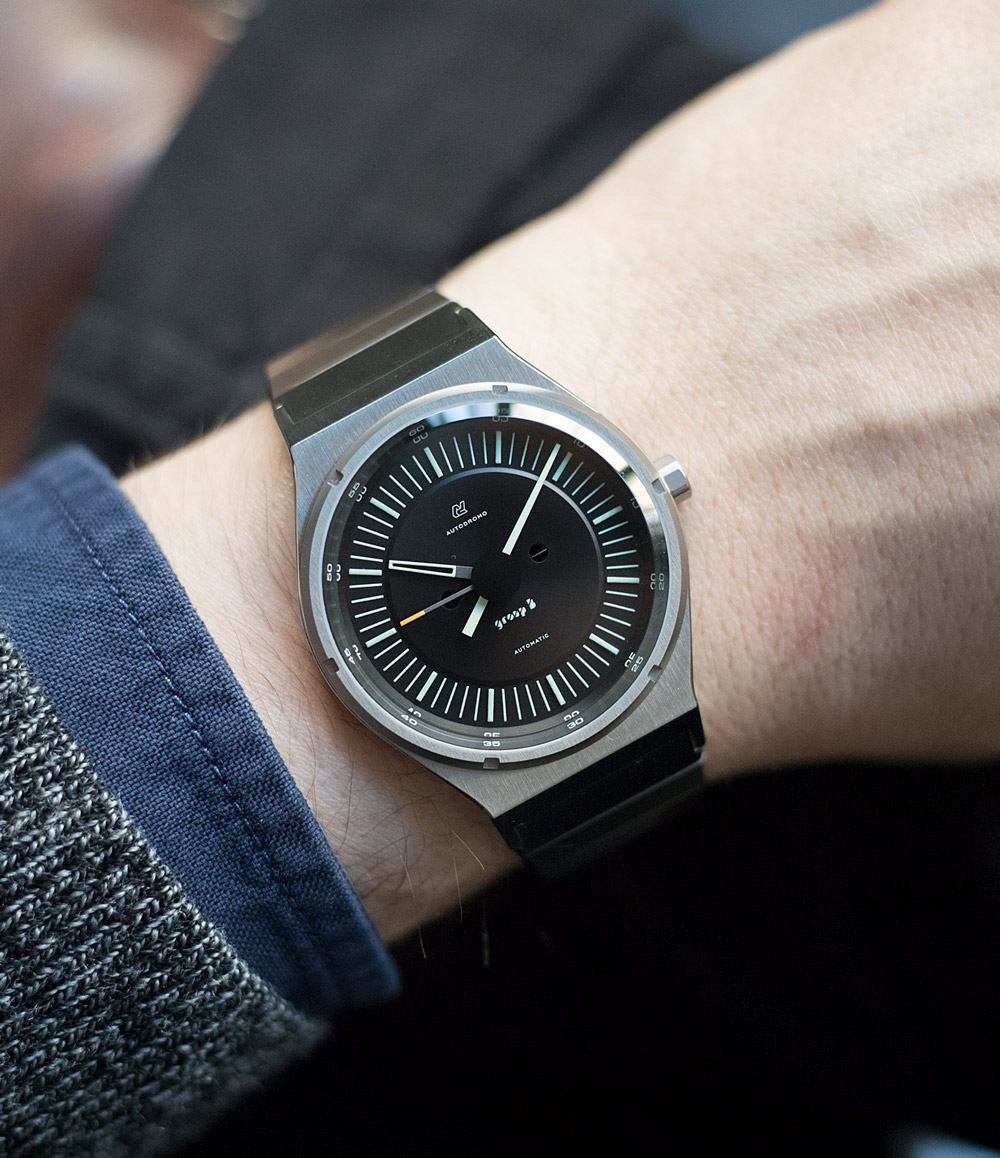 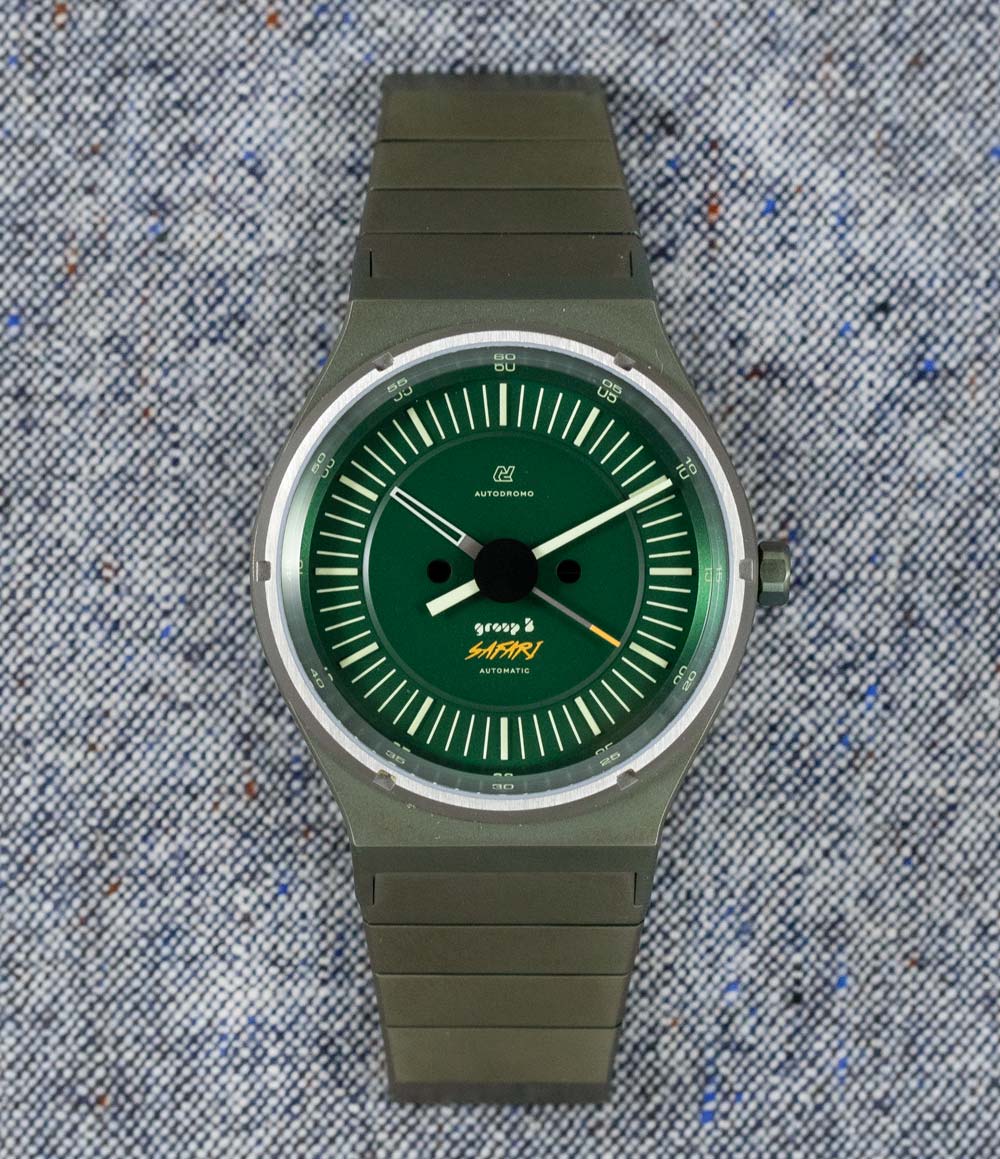 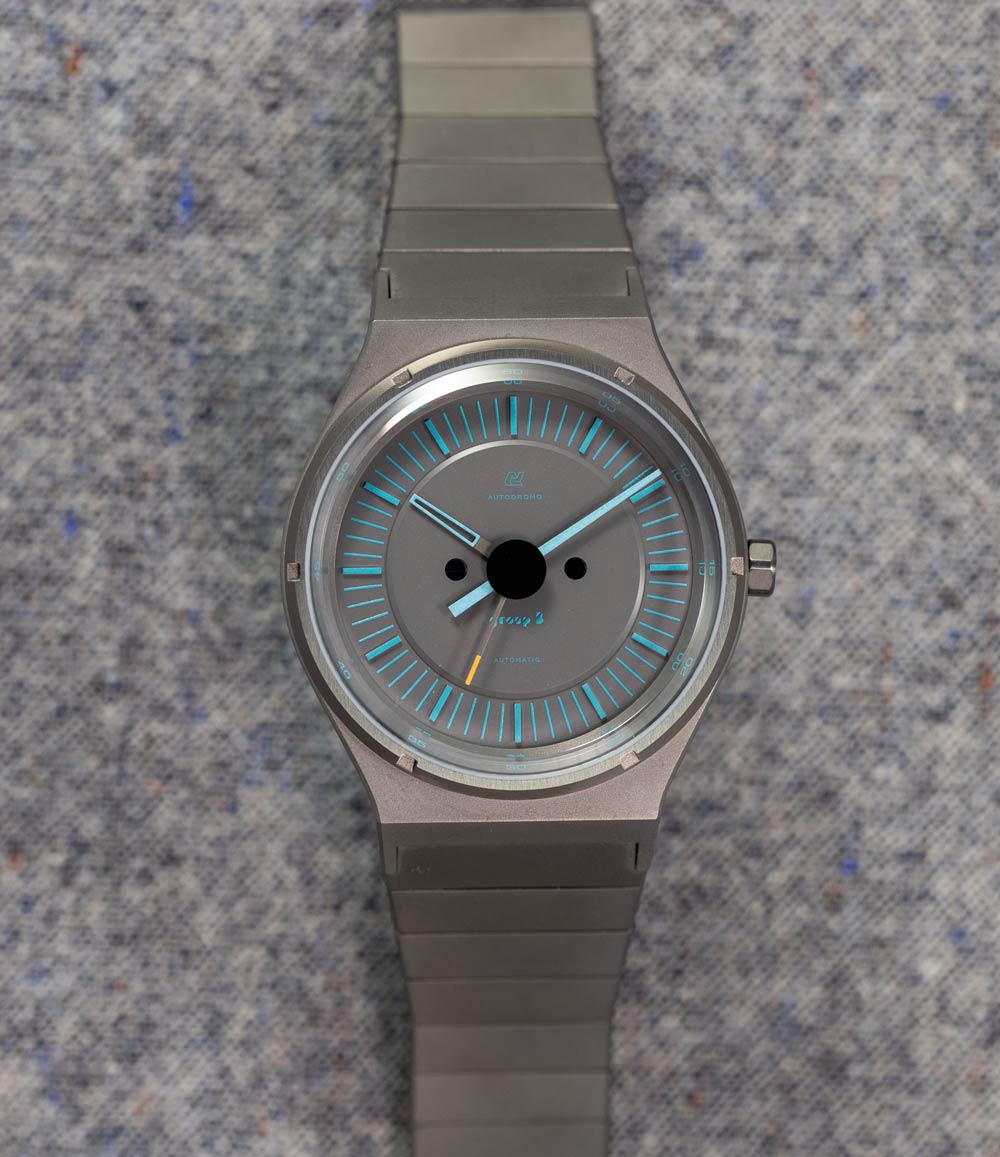 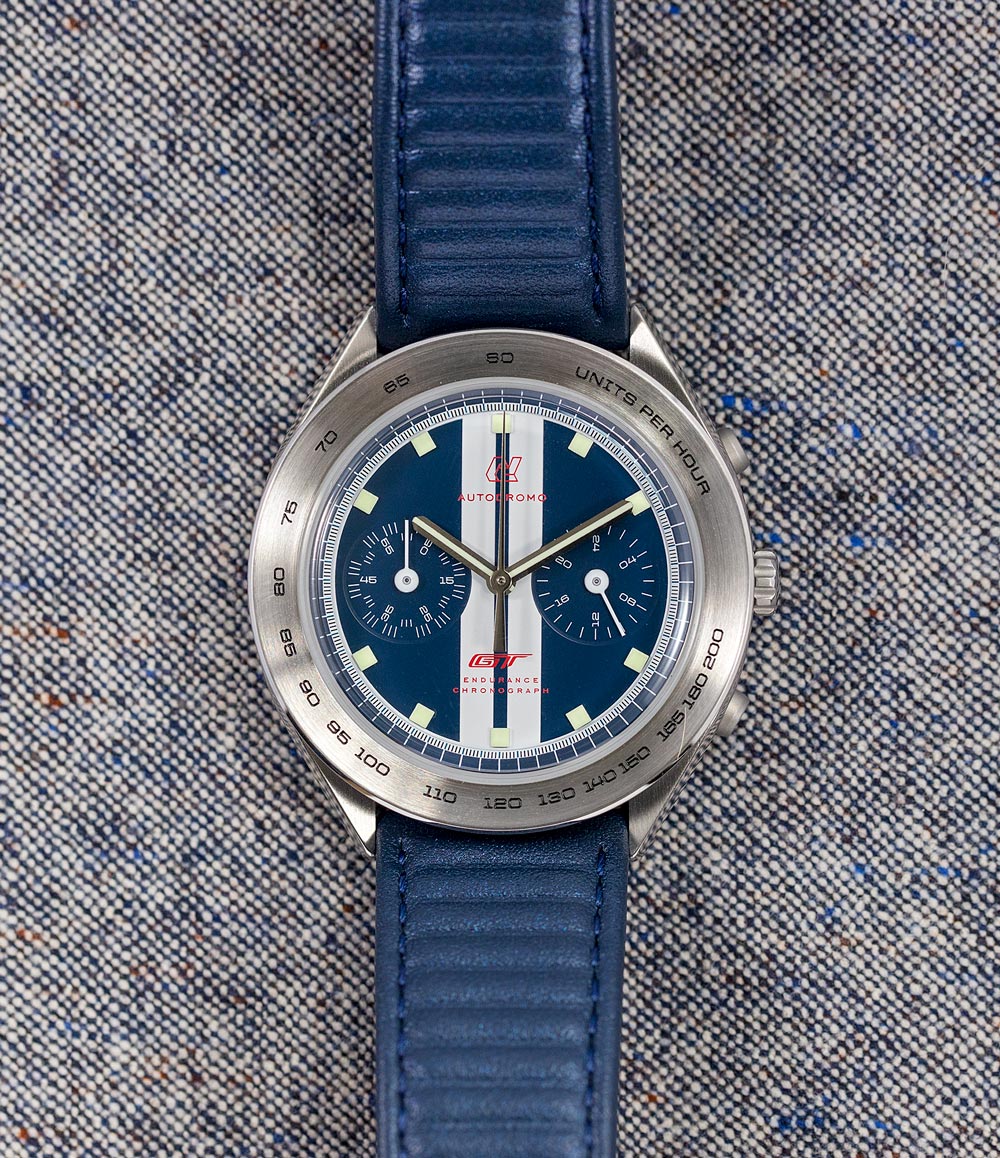 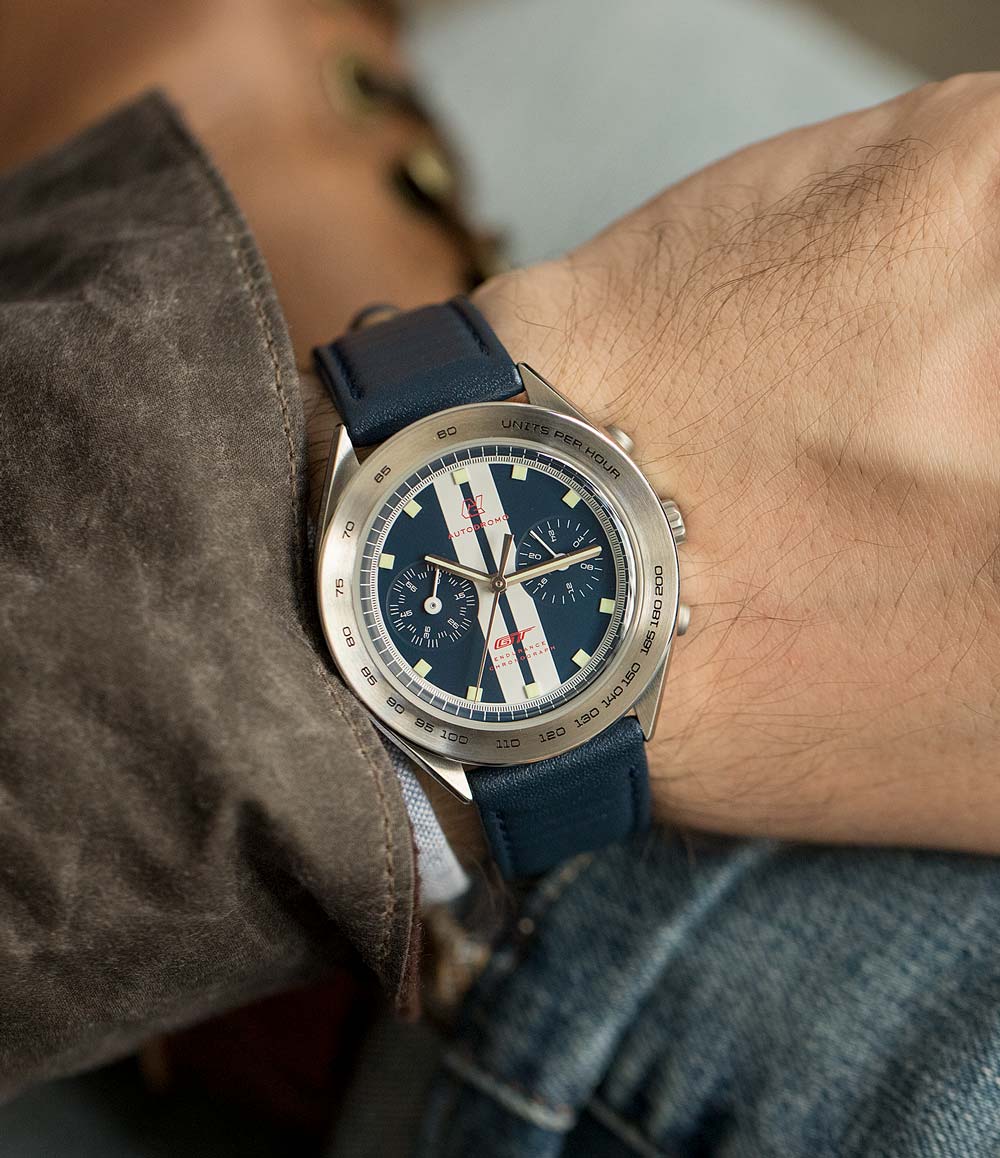 Add To Cart
$1,800.00
Finish selections for price & availability
Free shipping on orders over $100 in the US
Cart
X