Add To Cart
$230.00
Finish selections for price & availability
Free shipping on orders over $150 in the US
G-Shock
GM6900
A Mid 90s icon: remade
Case
Email Me When Available
Item no longer available

Add To Cart
$230.00
Finish selections for price & availability
Free shipping on orders over $150 in the US

G-SHOCK might not be the oldest watch brand on earth, but they have been around longer than you might think, getting started in 1983. As such, over the years there have been plenty of iconic watches produced. The DW6900 was unveiled in 1995, and for many who grew up in the 90s, is what comes to mind when they hear the words G-SHOCK. The GM6900 is a modern tribute to this icon, made with metal bezels.

53.9 x 49.7 x 18.6mm in size, the GM6900 makes a statement on the wrist, especially rendered in polished yellow gold. The semi-rounded shape makes it wear well, however. The signature dial, featuring a large LCD for primary functions, with three, small circular screens above, shouts 90s era G-SHOCK. Though based on the past, the GM6900 is still packed full of the specs and features you expect to find in a modern G-SHOCK, including the shock resistance the brand is known for, and 200m of water resistance.

The brain of the GM6900 is Module 3230. With an accuracy of +/-15 seconds a day, the Module also features a calendar programmed to 2099, chronograph, and countdown timers. 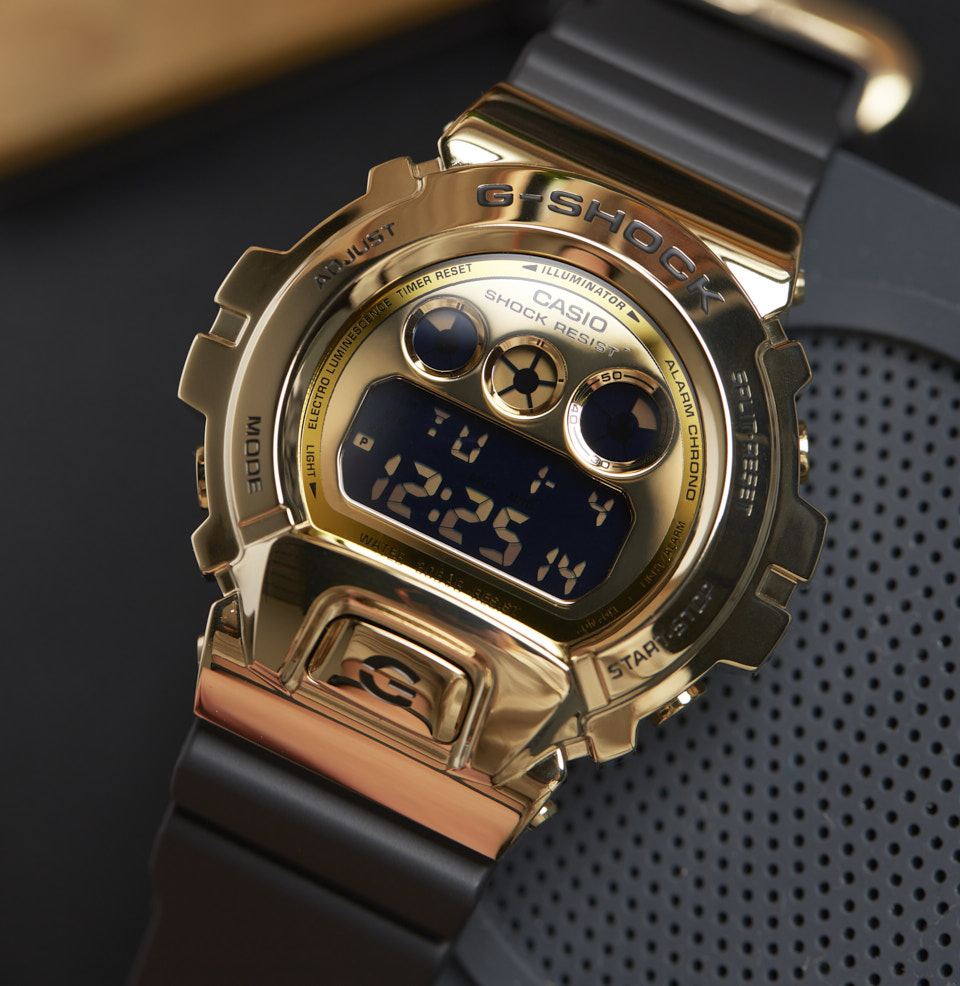 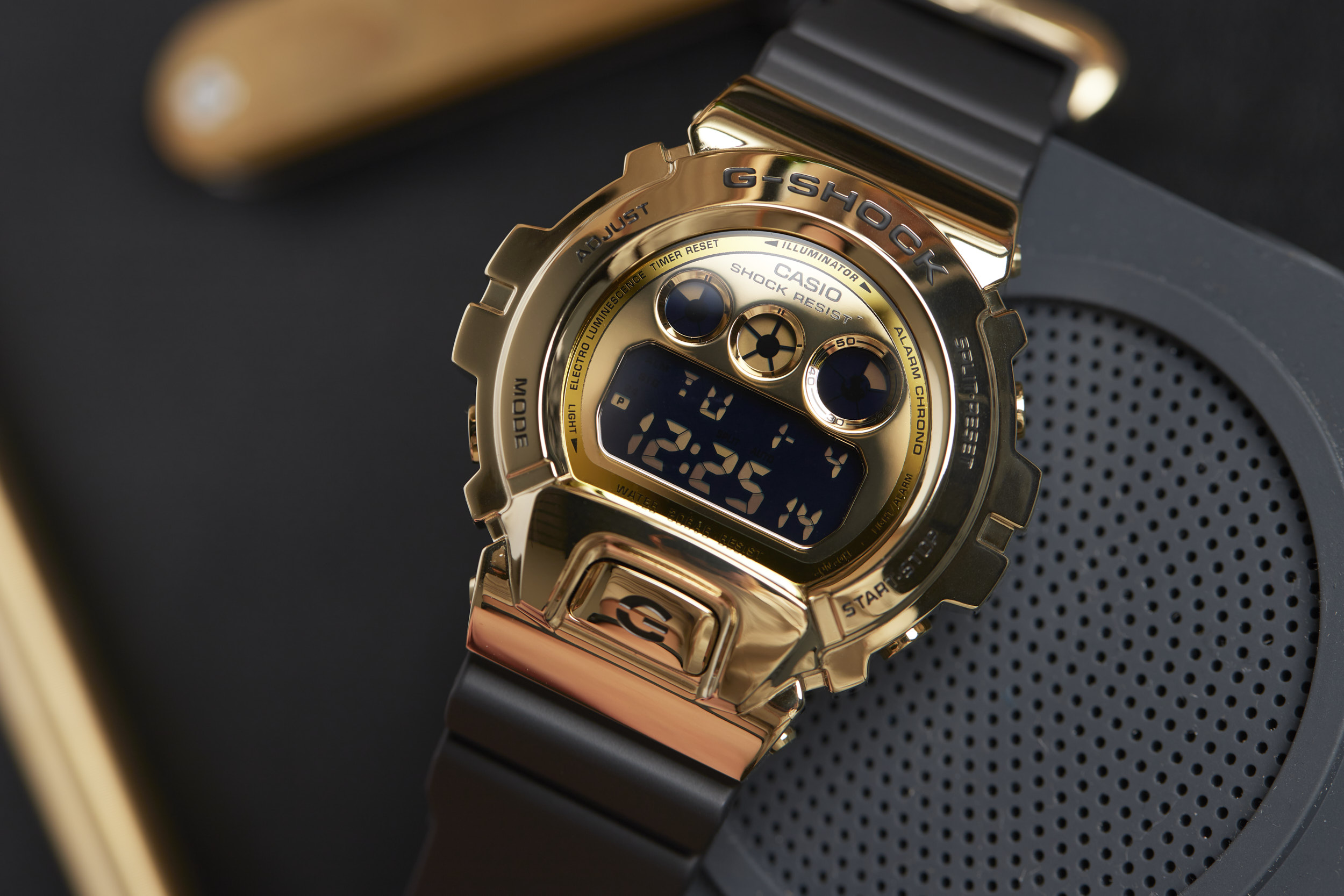 Iconic Design
Based on a model from 1995 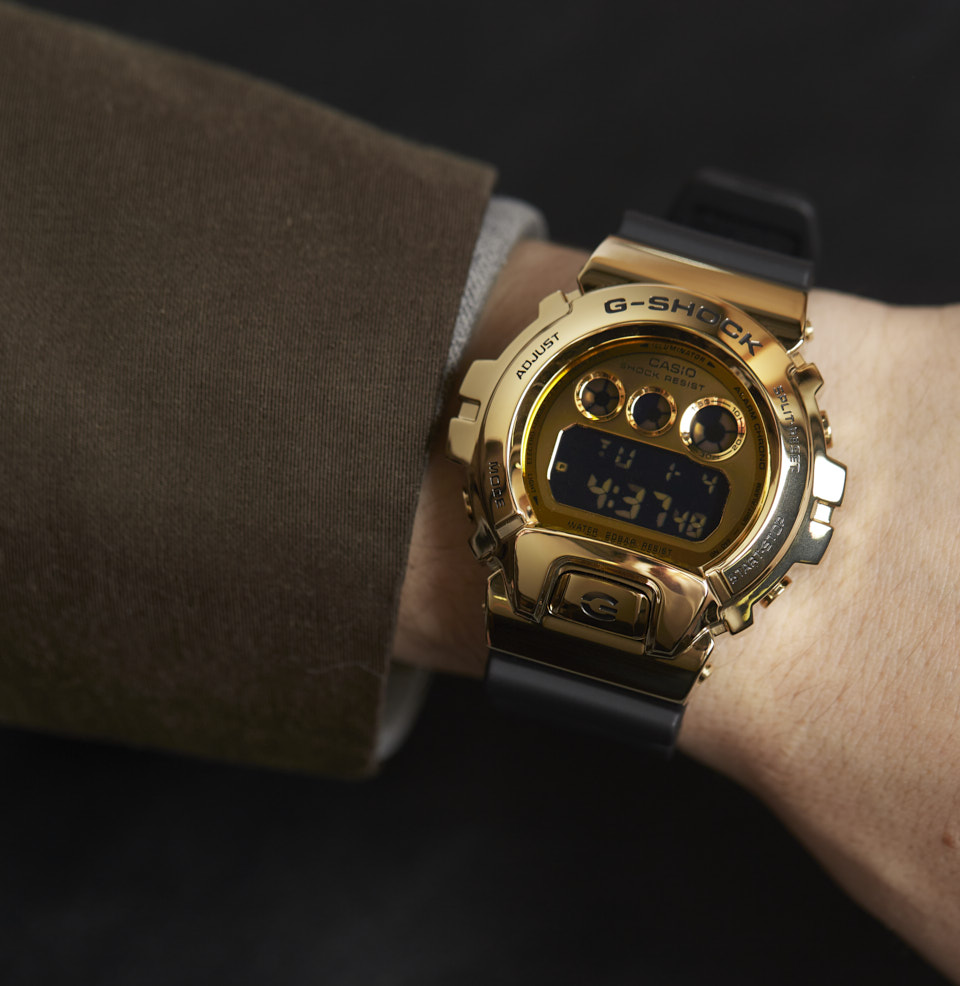 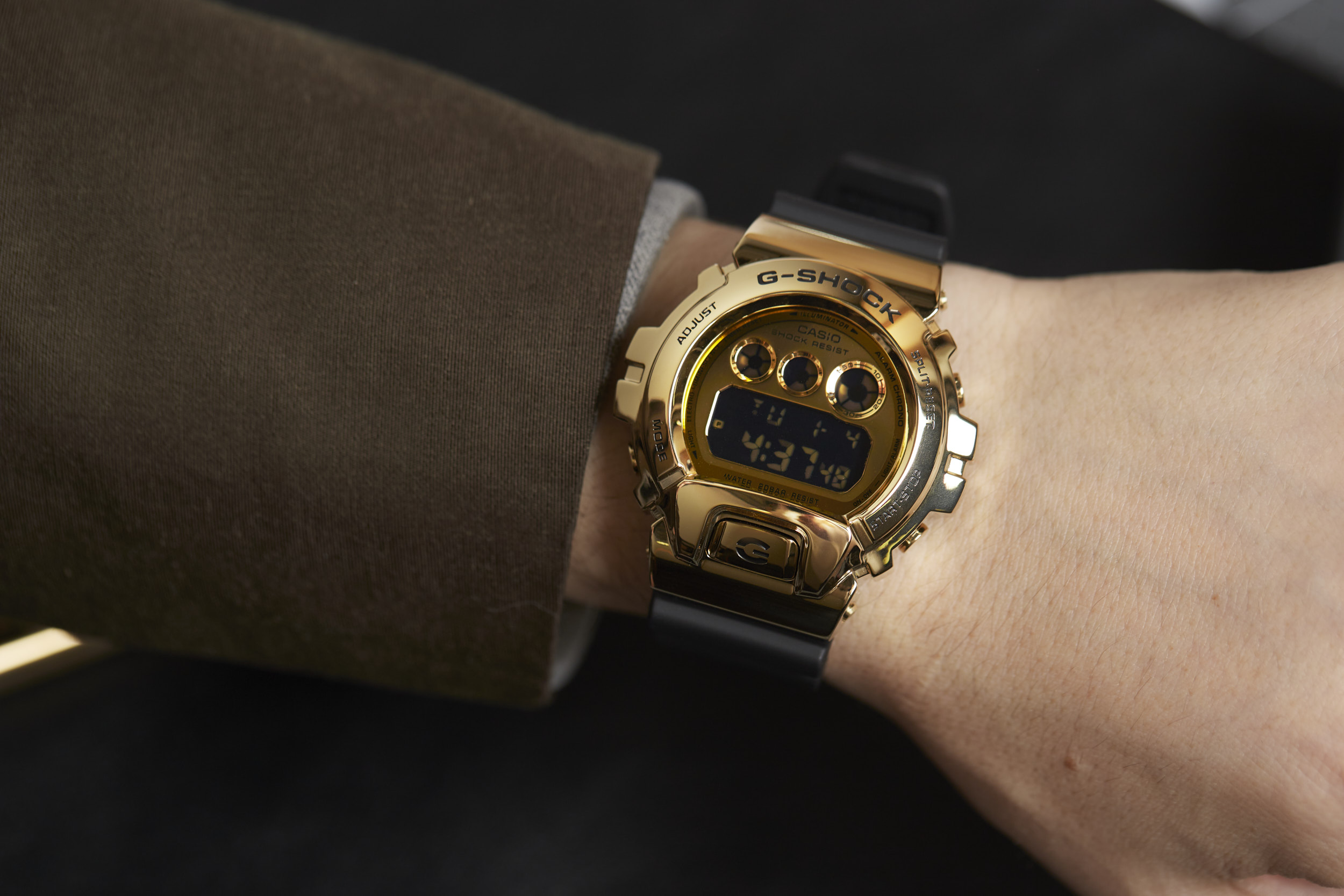 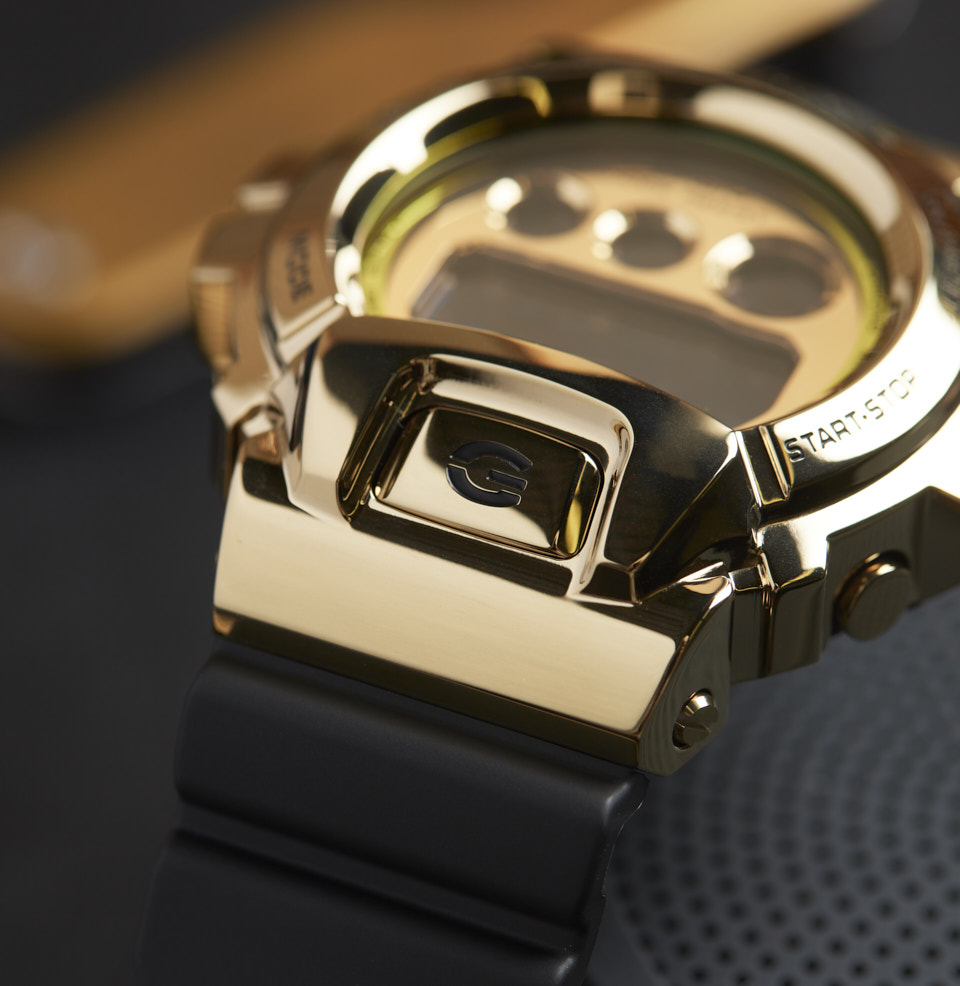 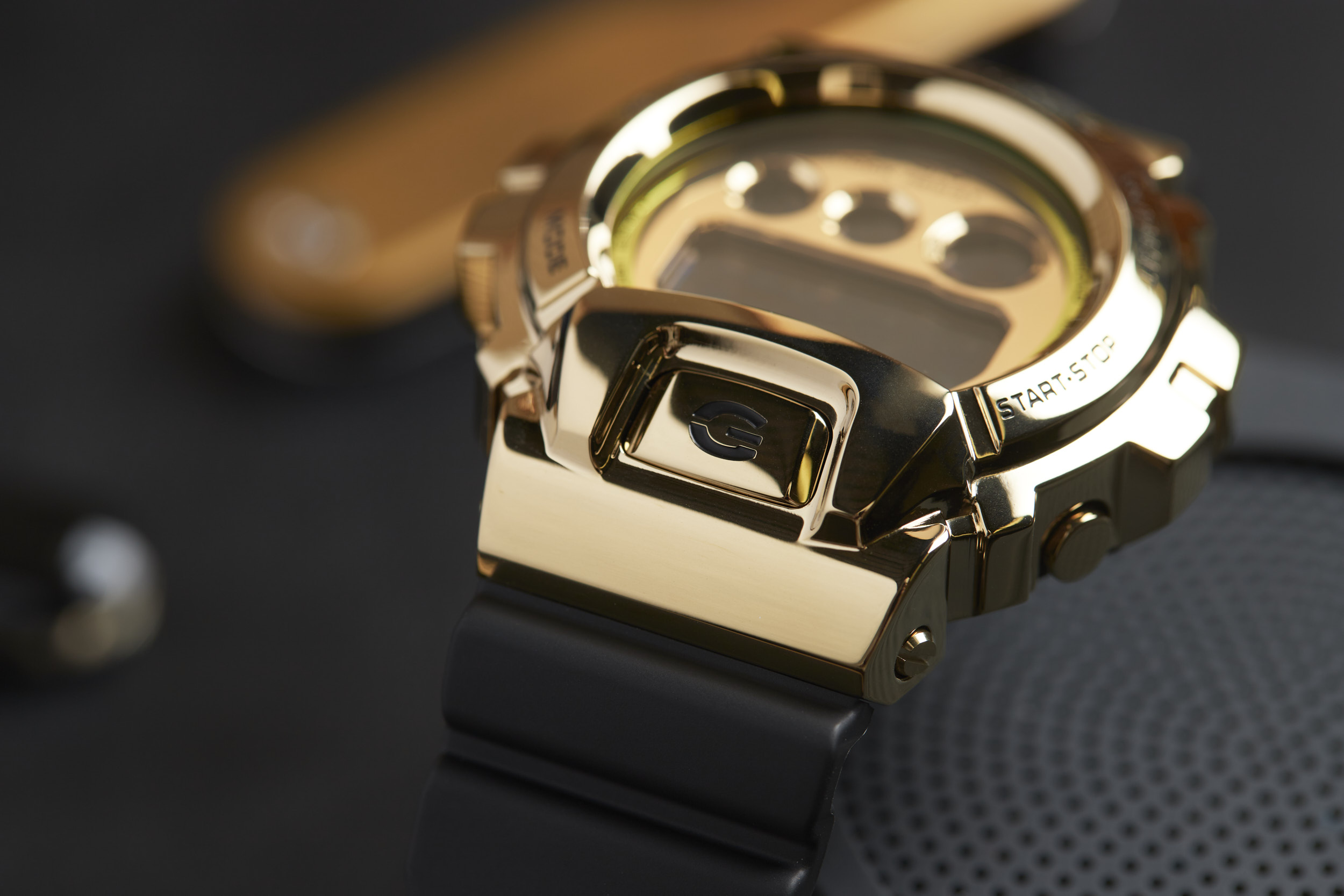 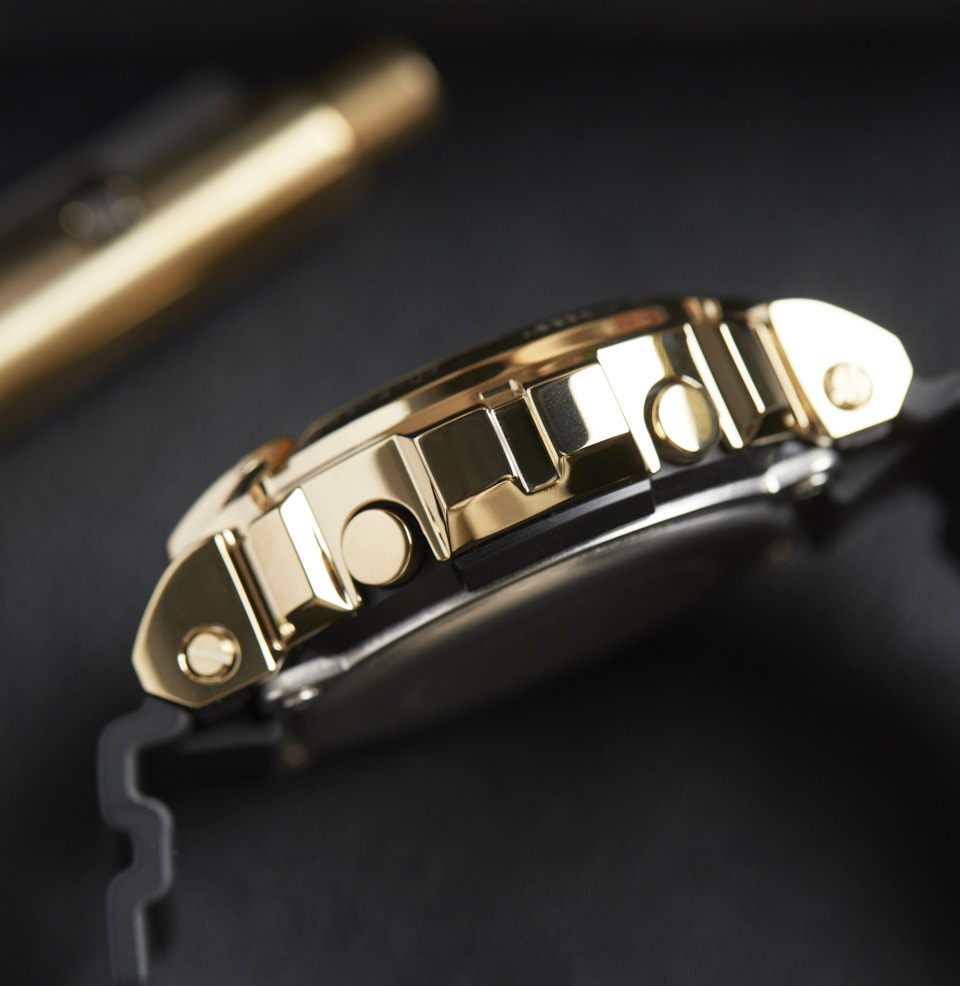 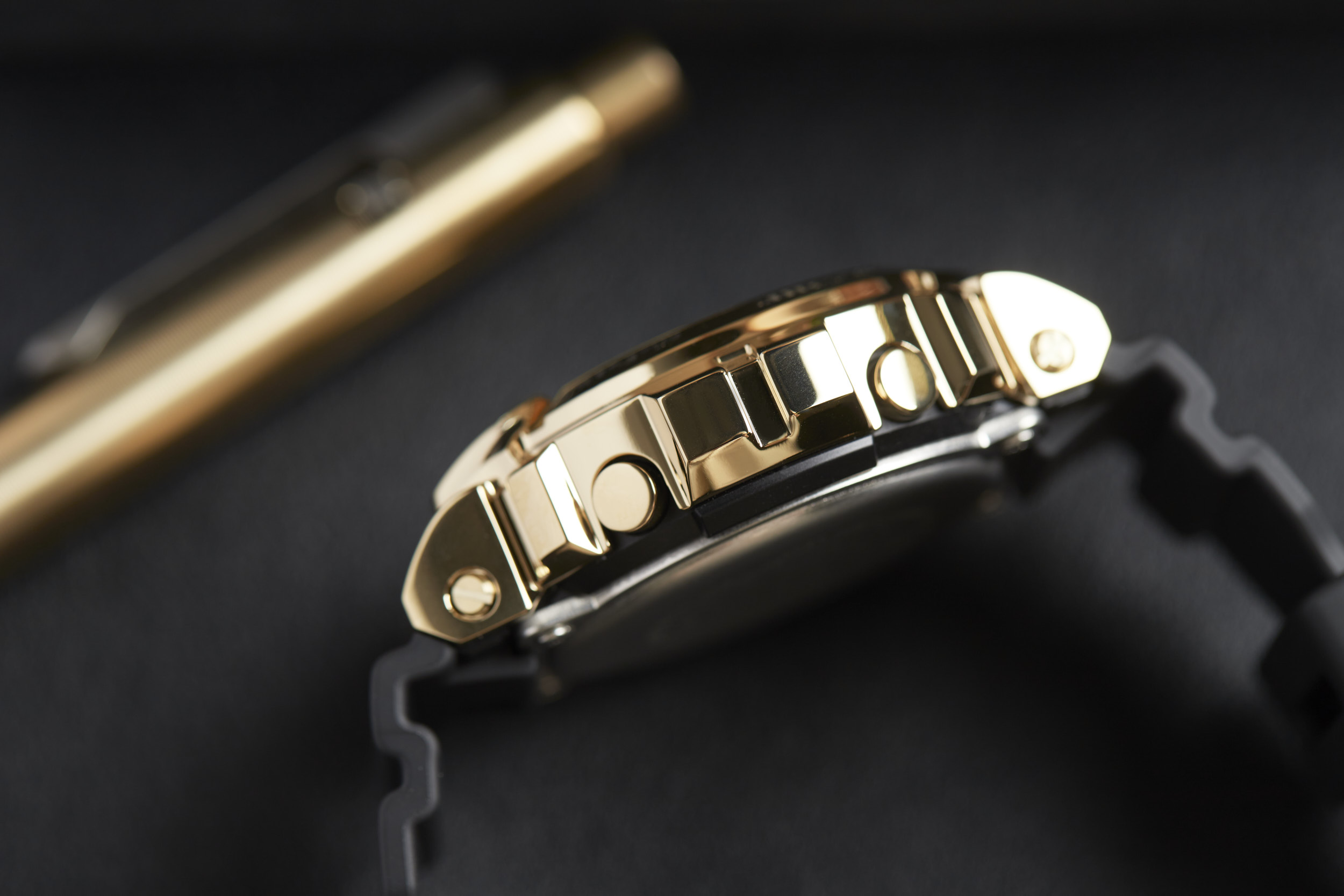 Metal Buttons
All functions set through the buttons on the sides 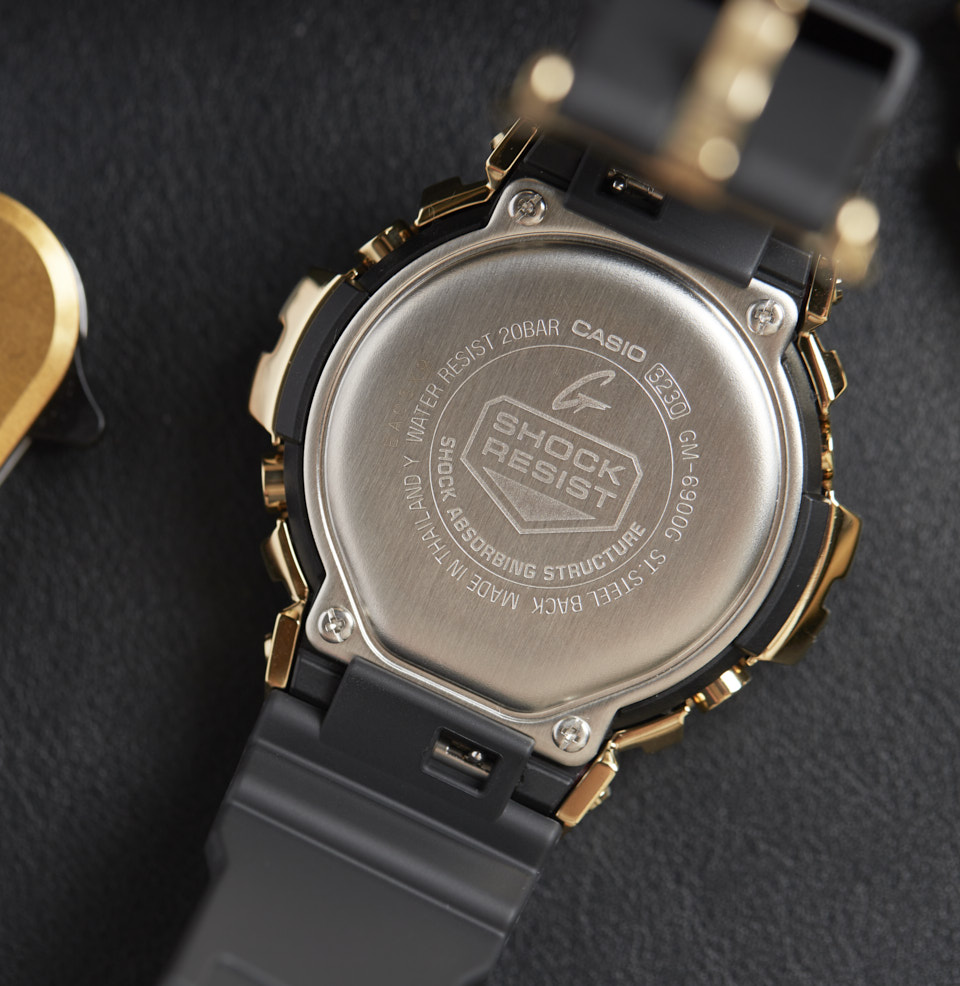 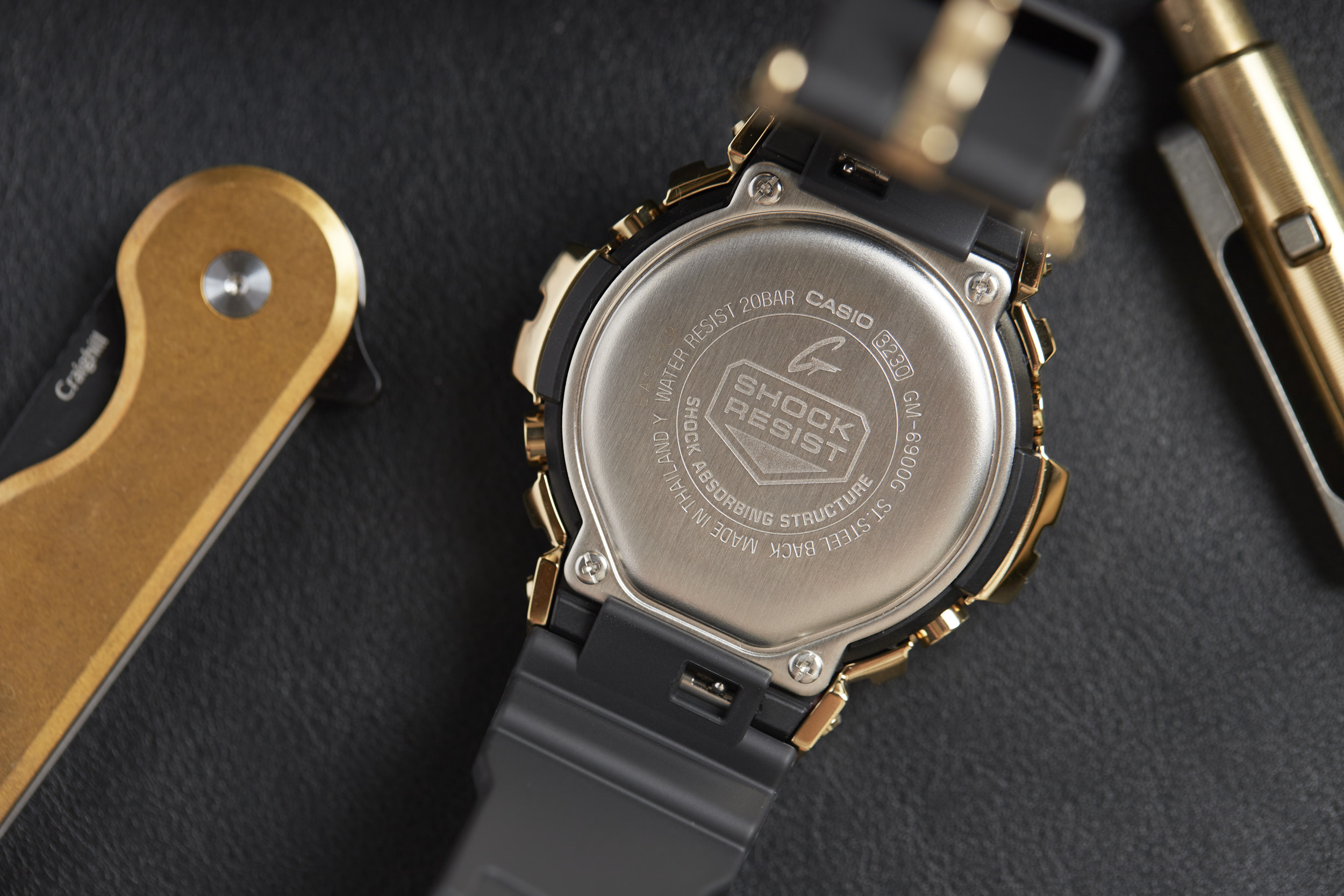 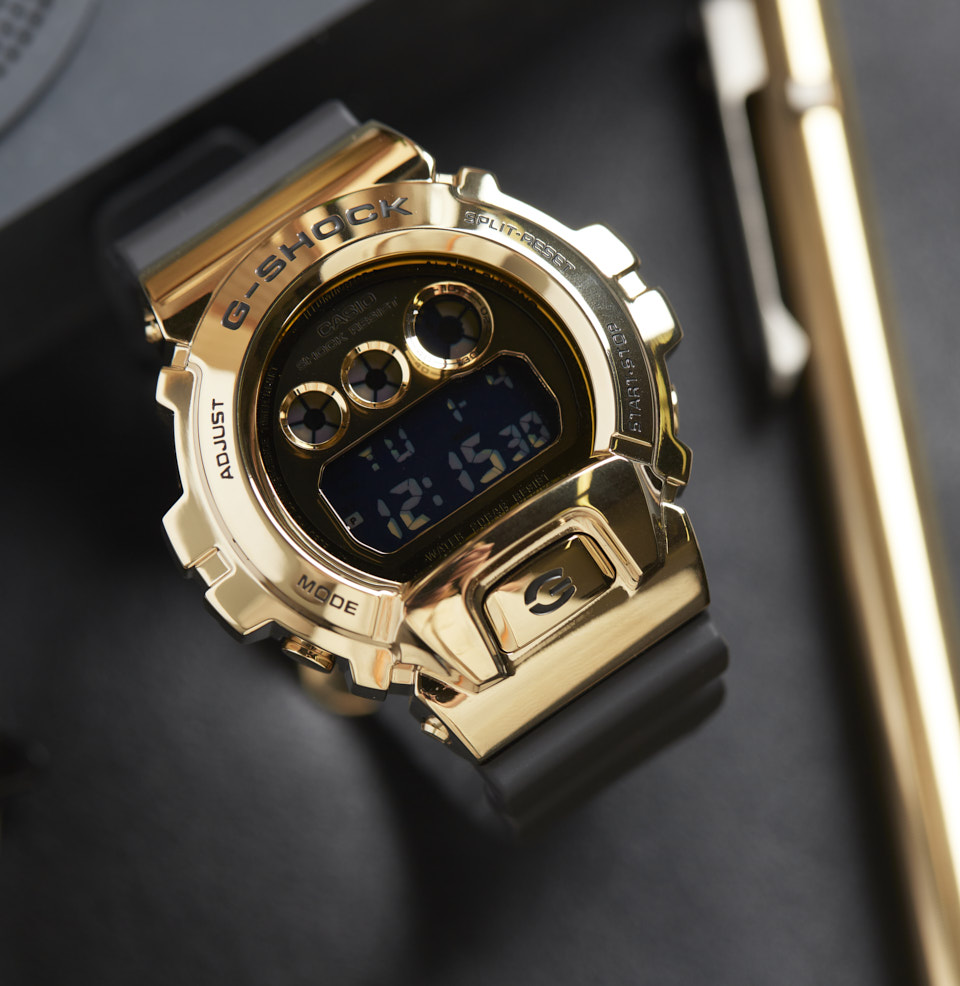 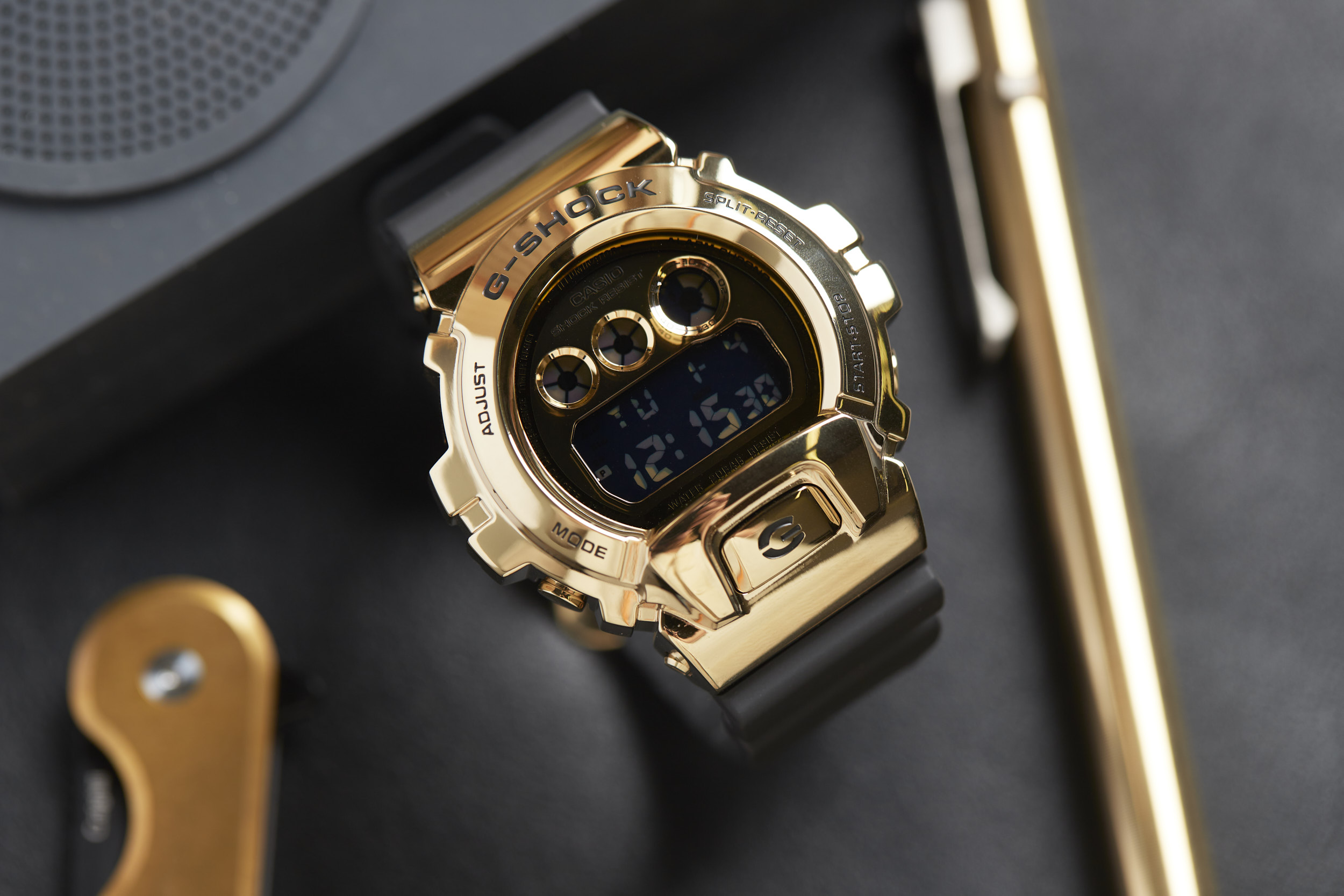 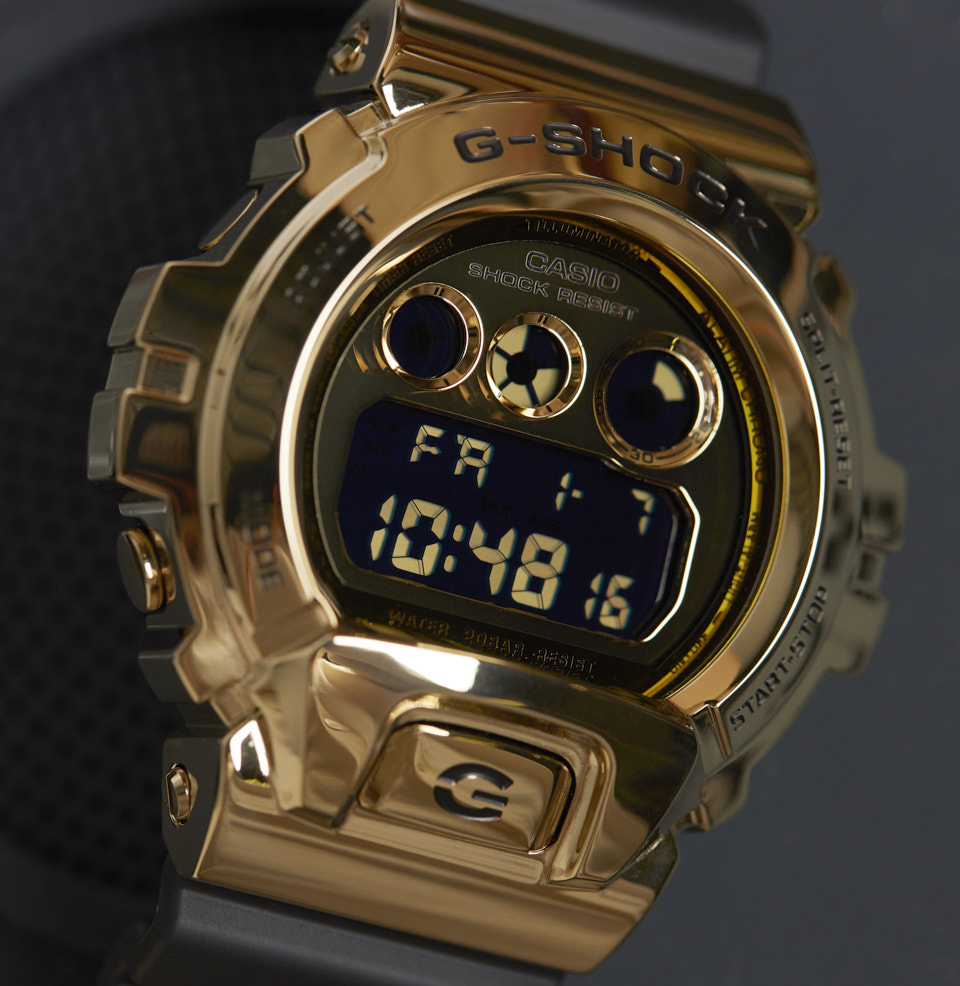 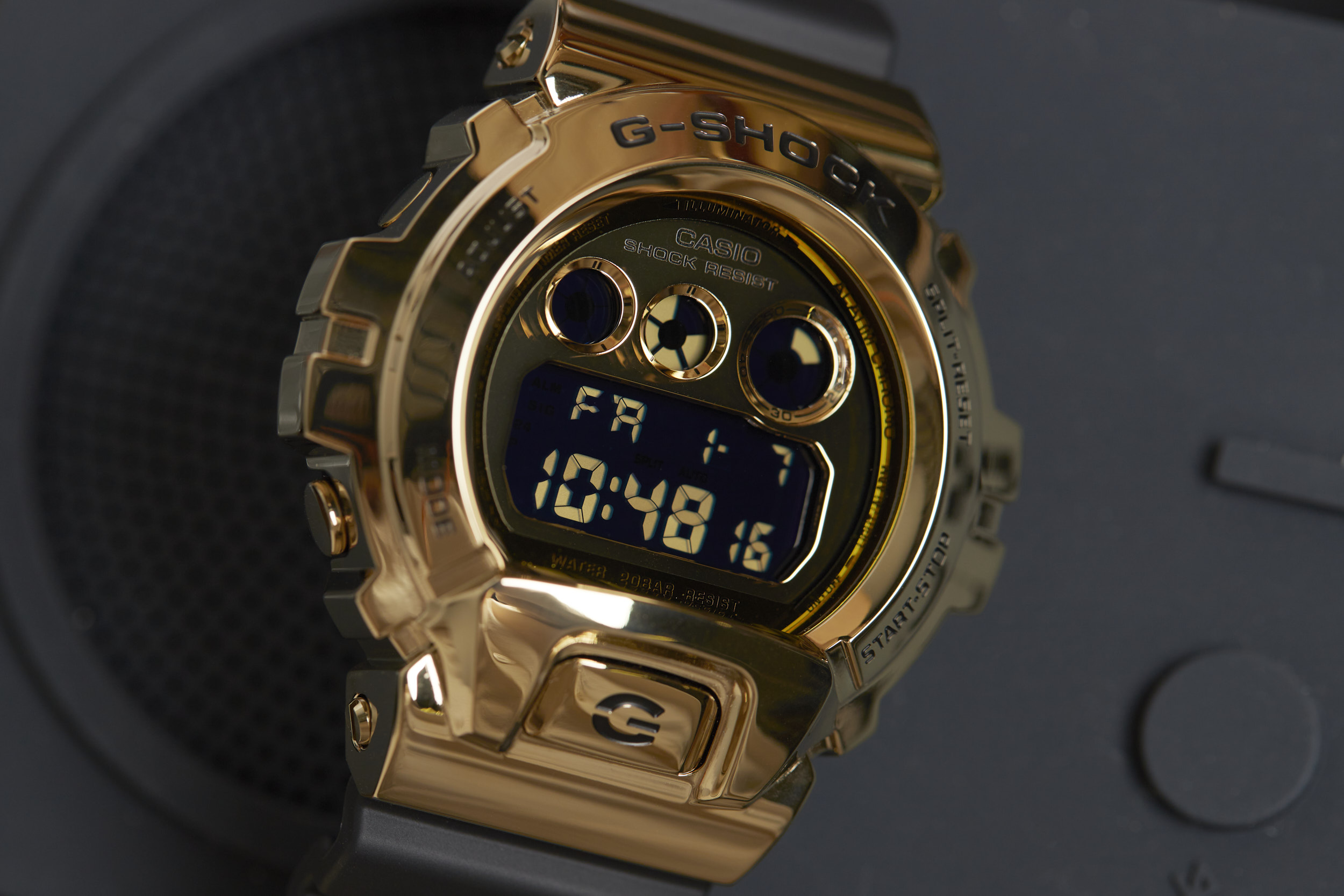 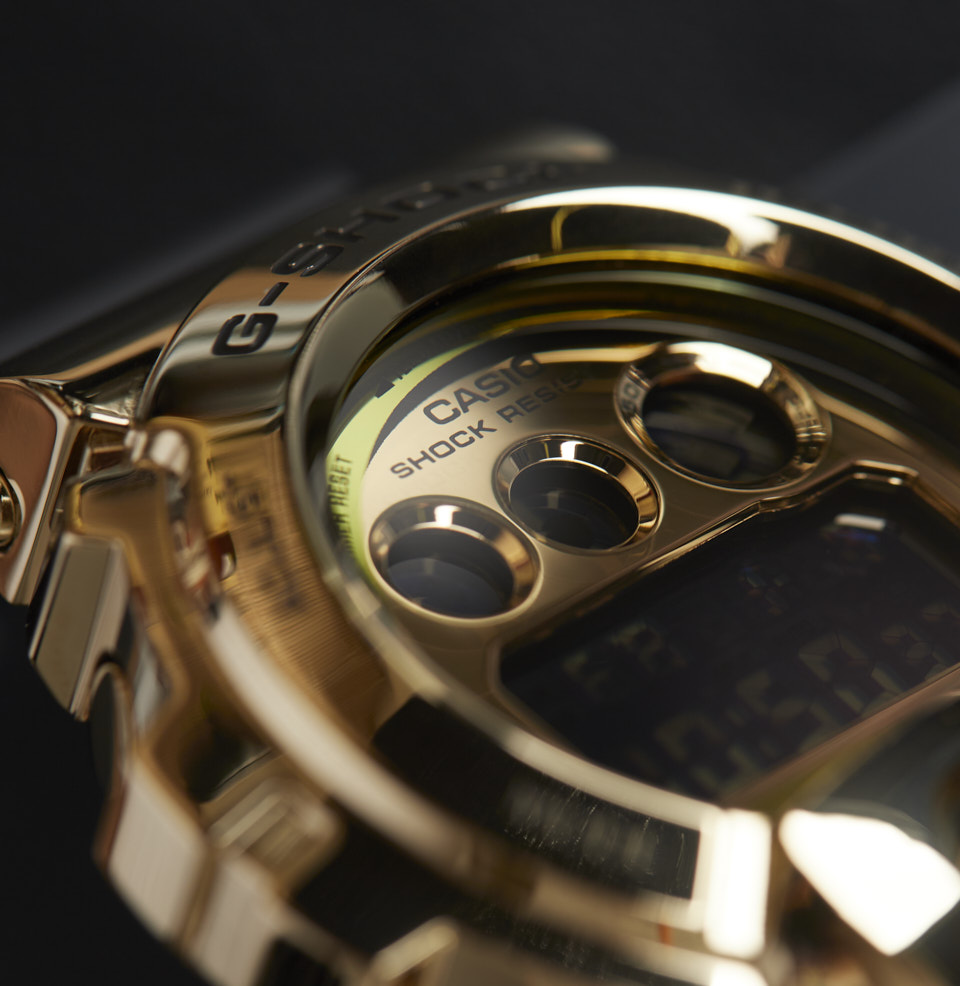 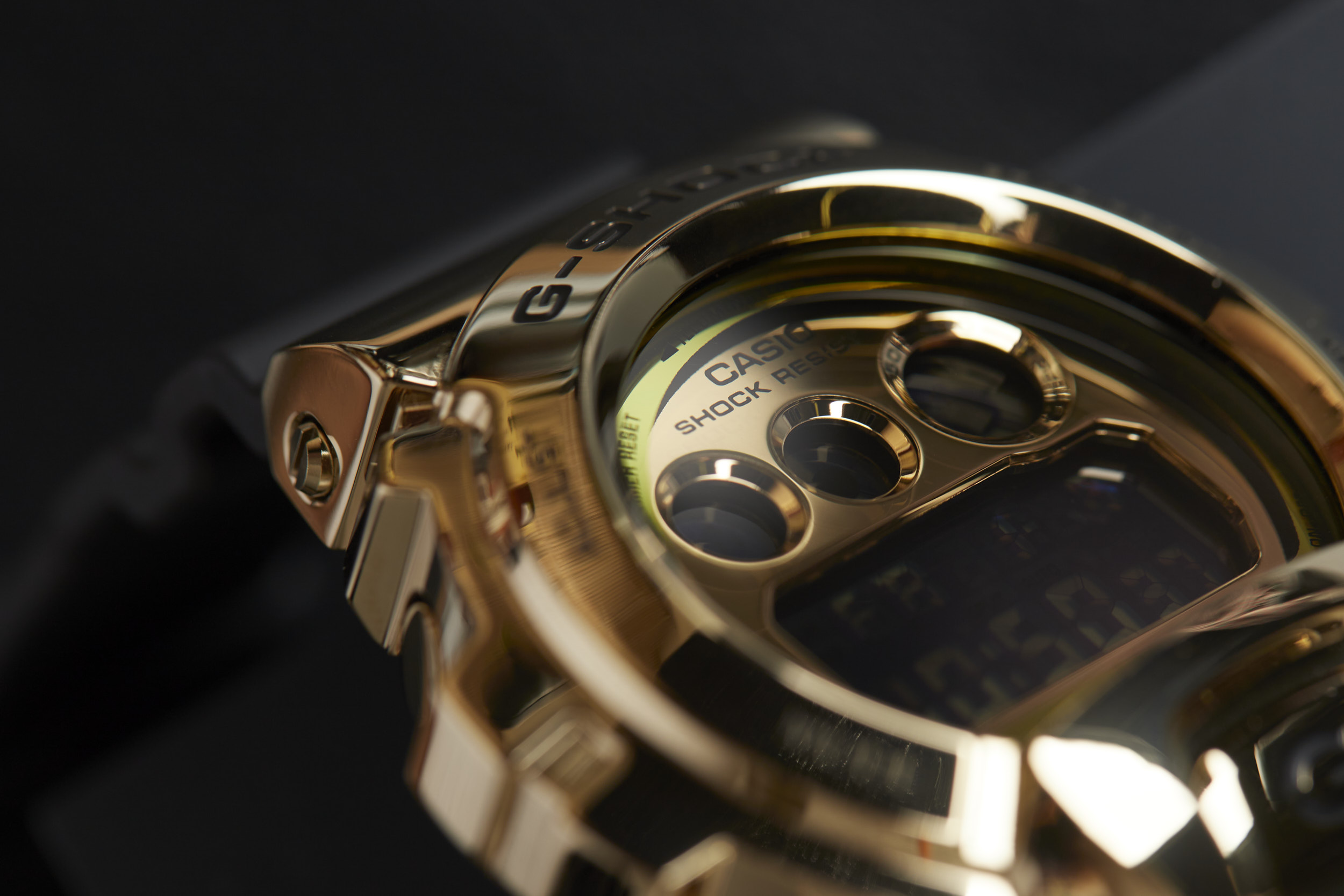 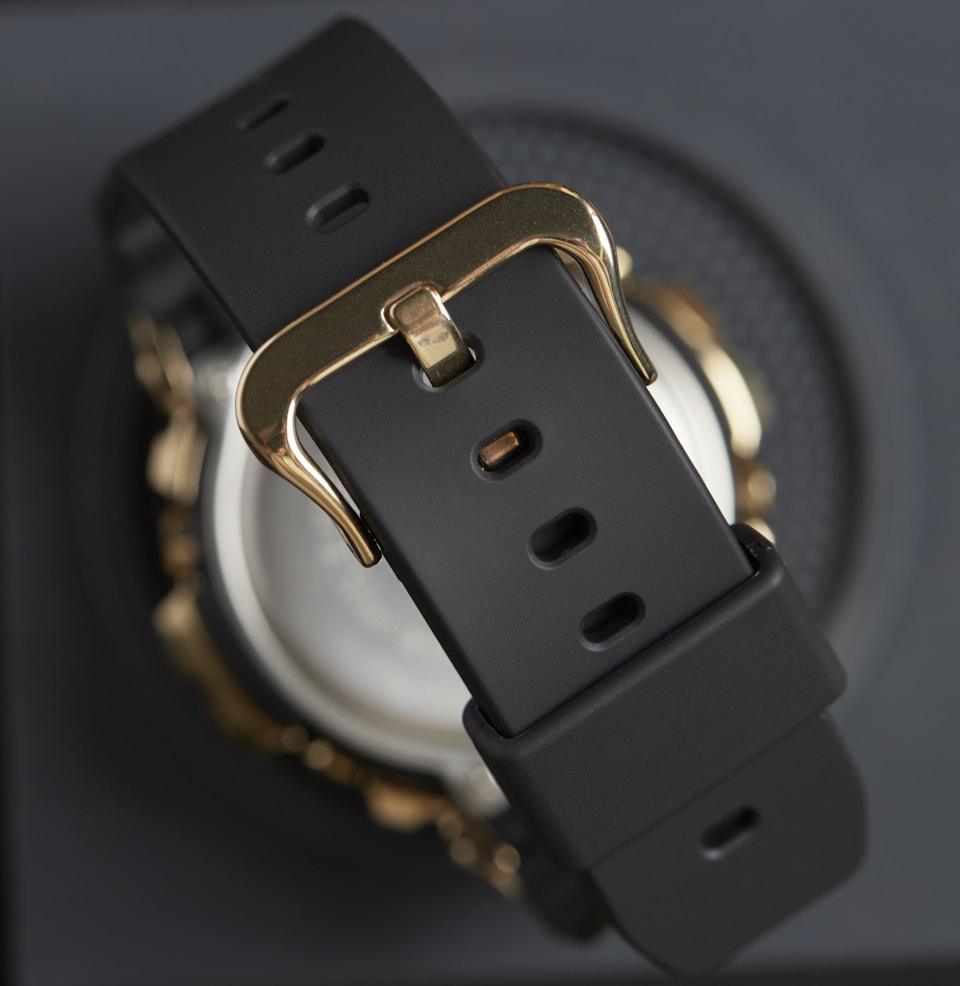 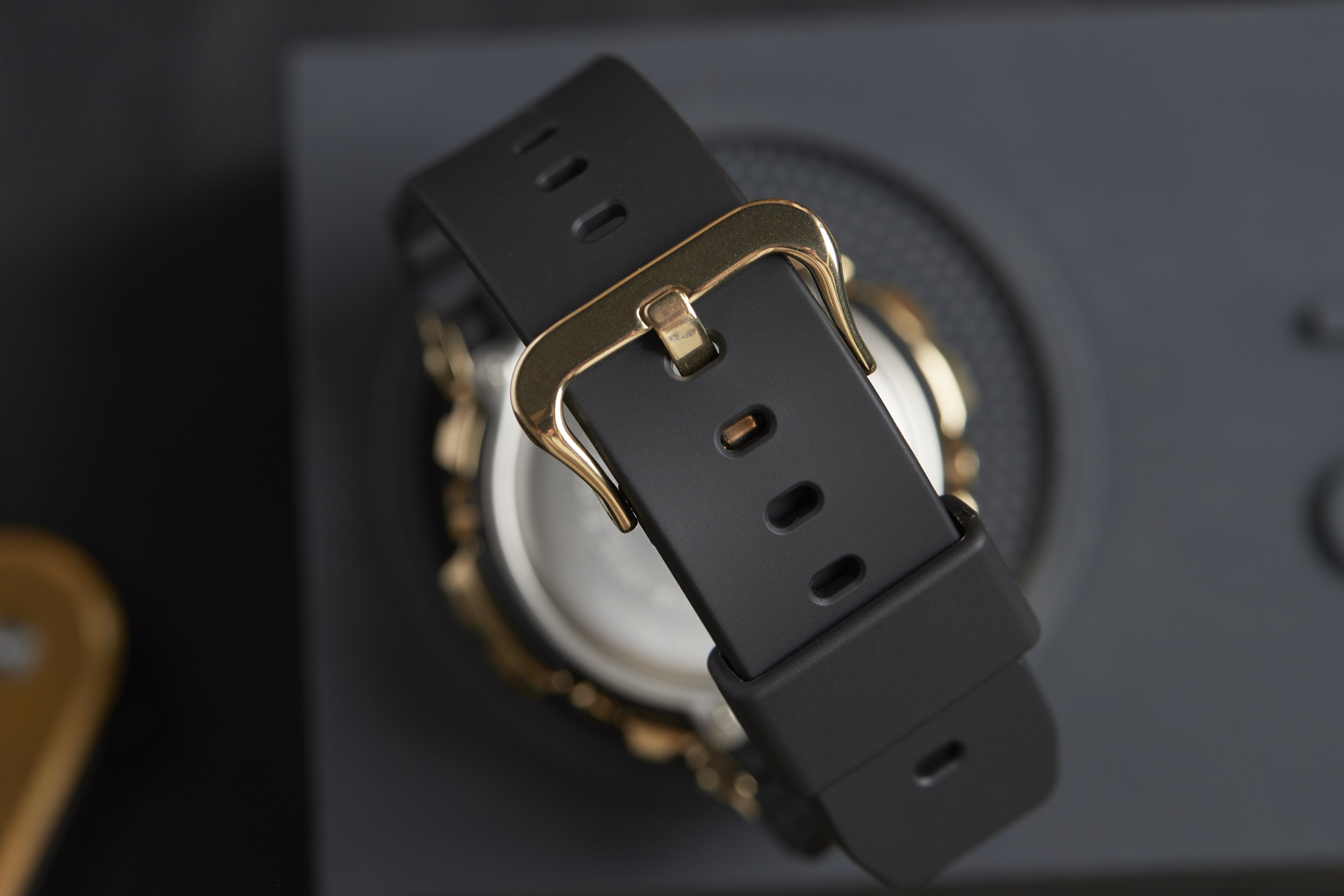 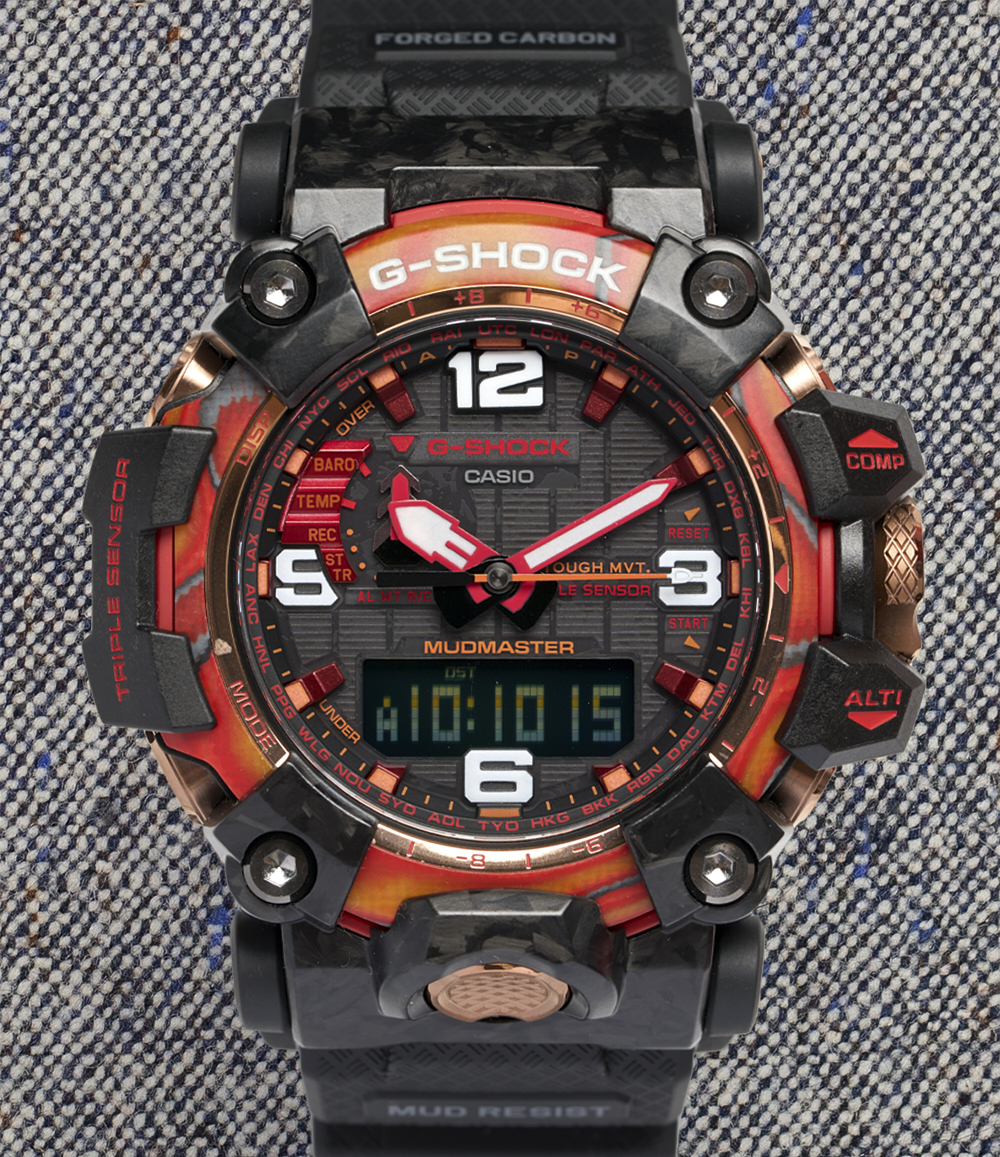 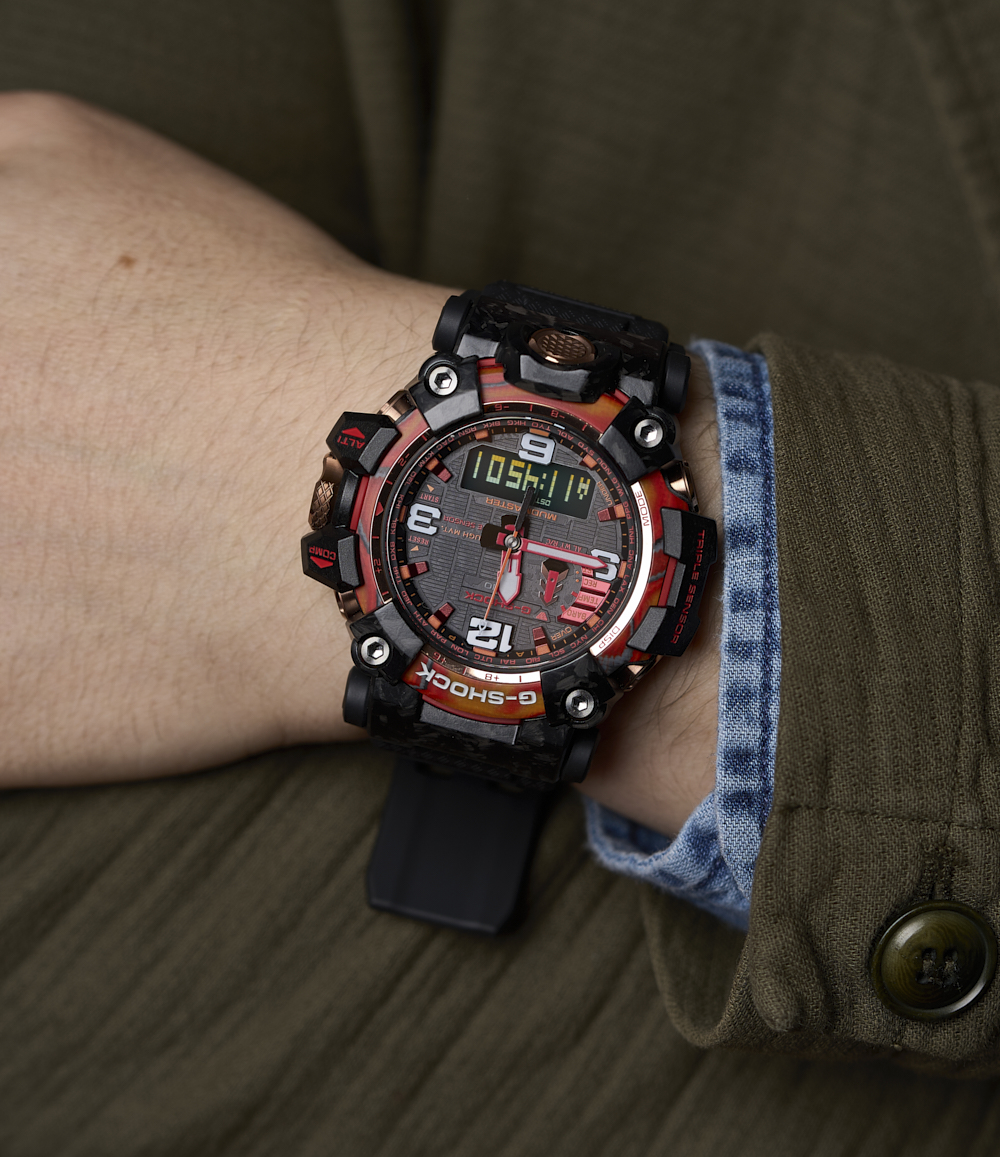 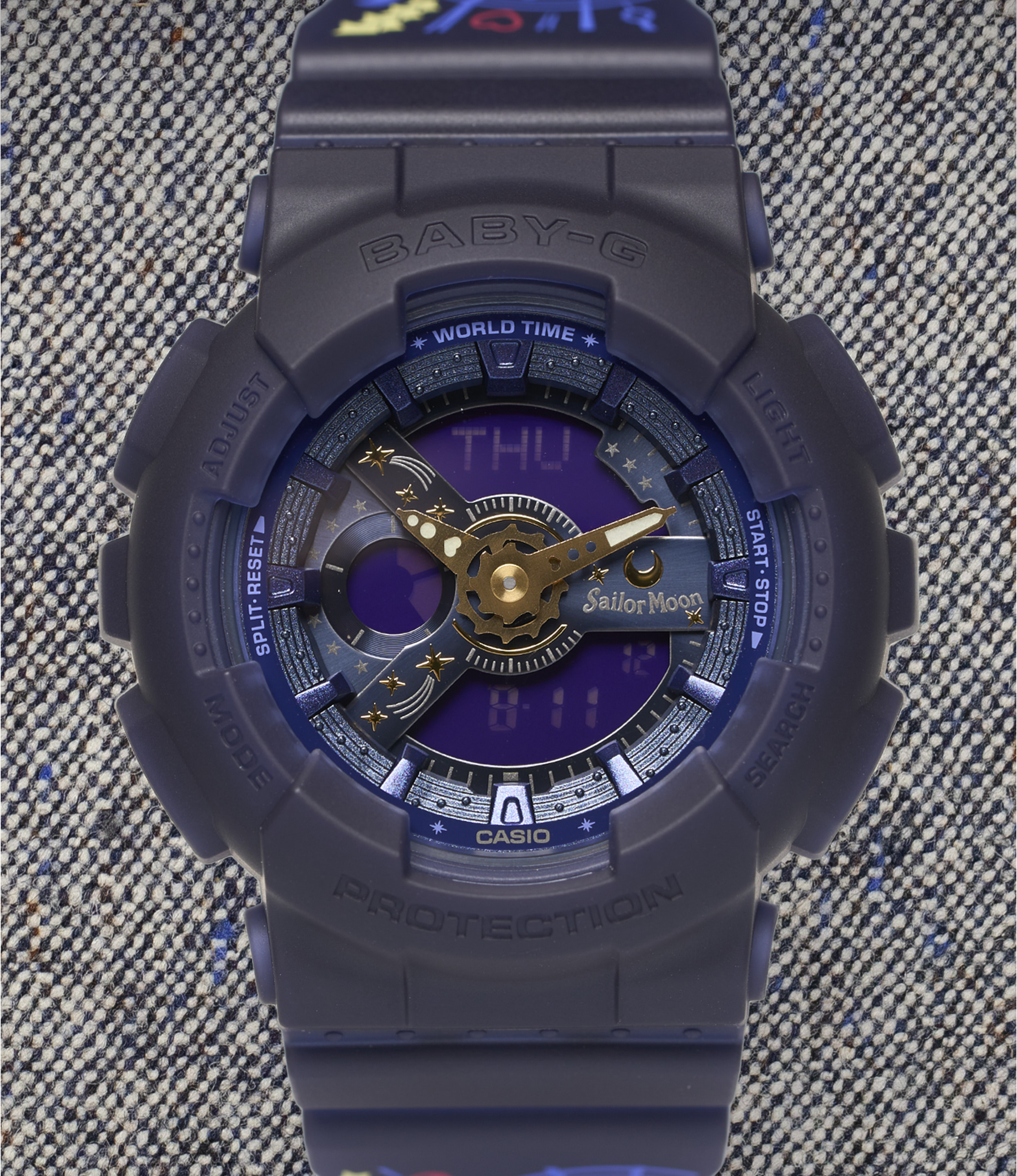 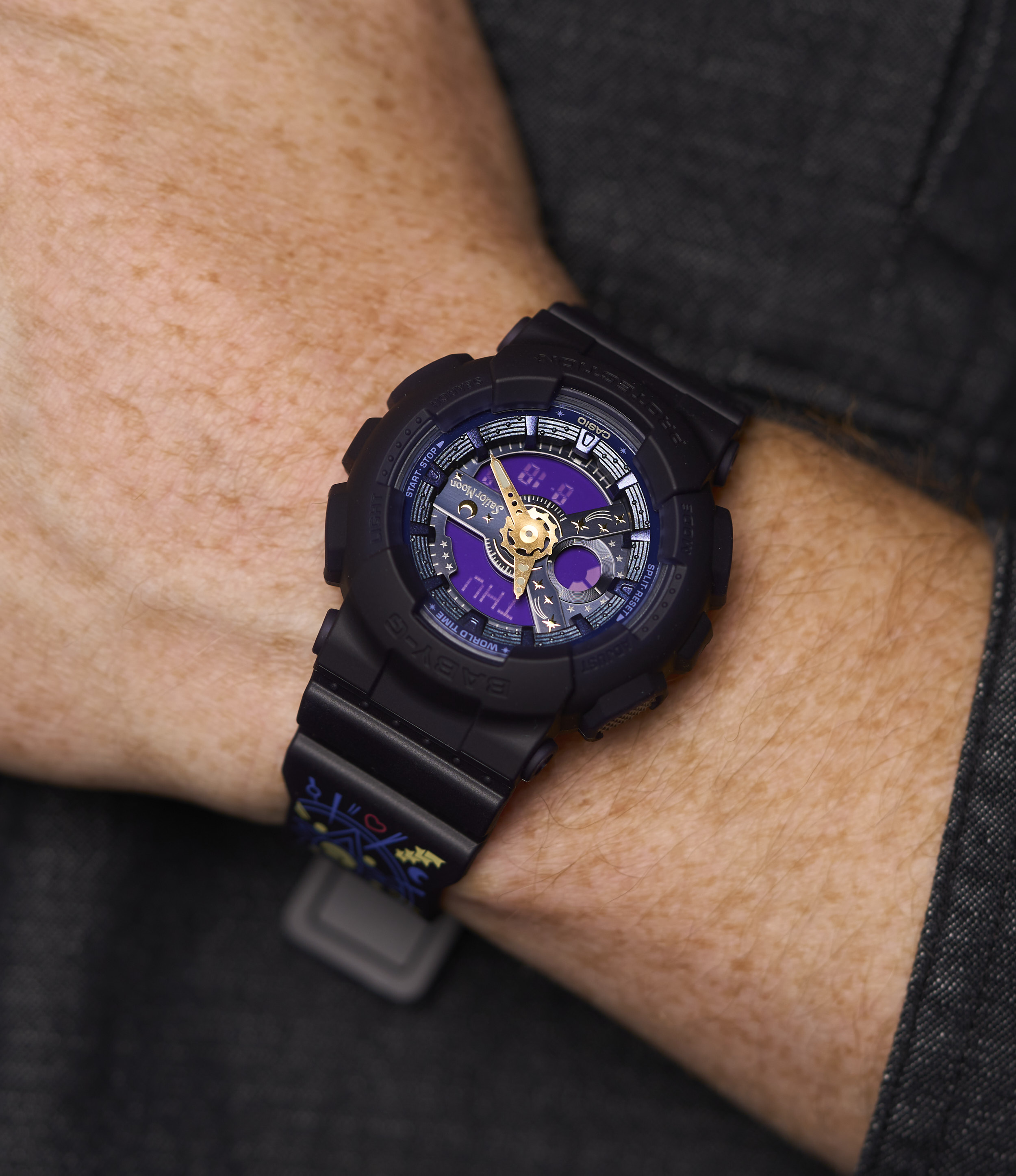 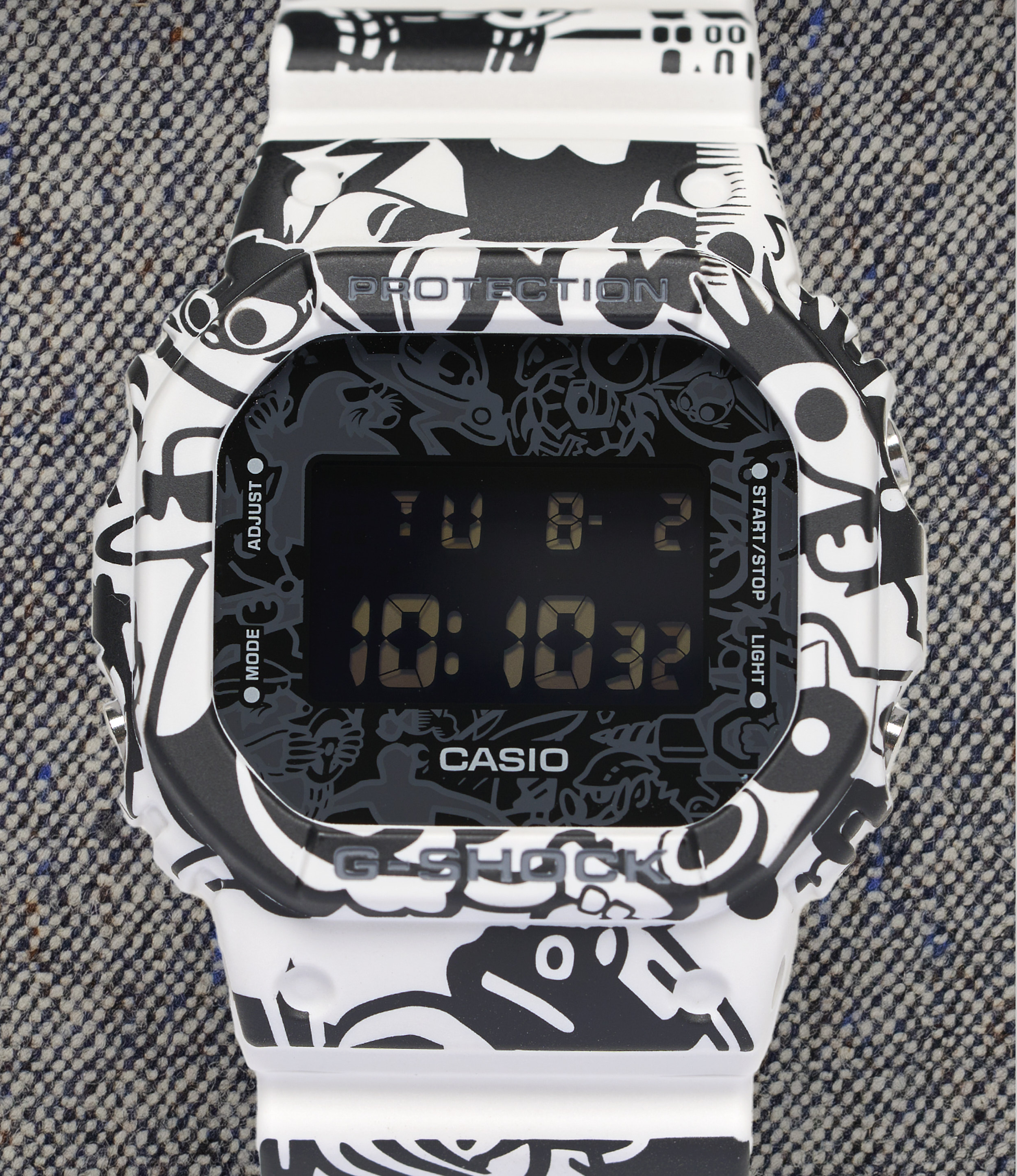 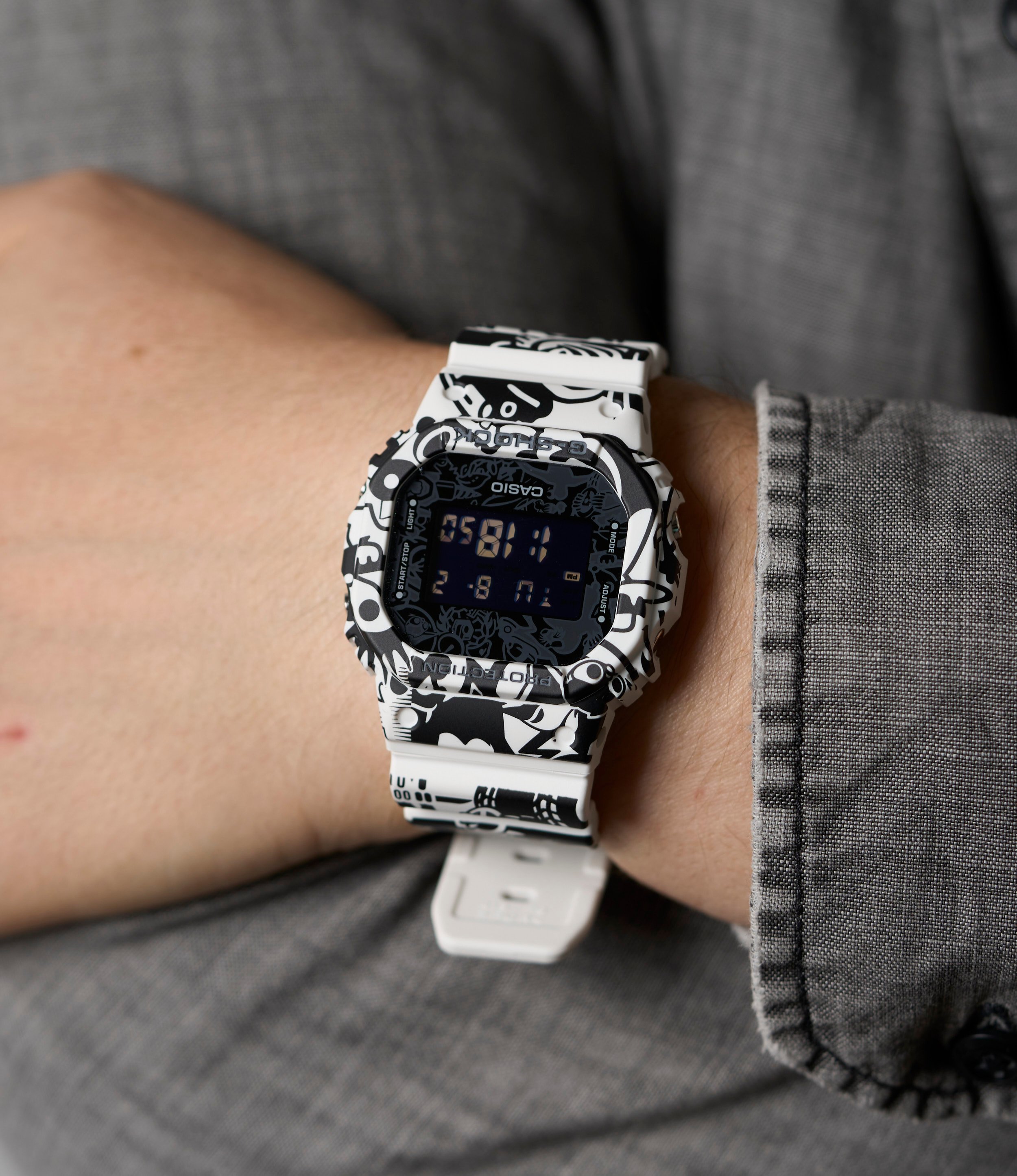 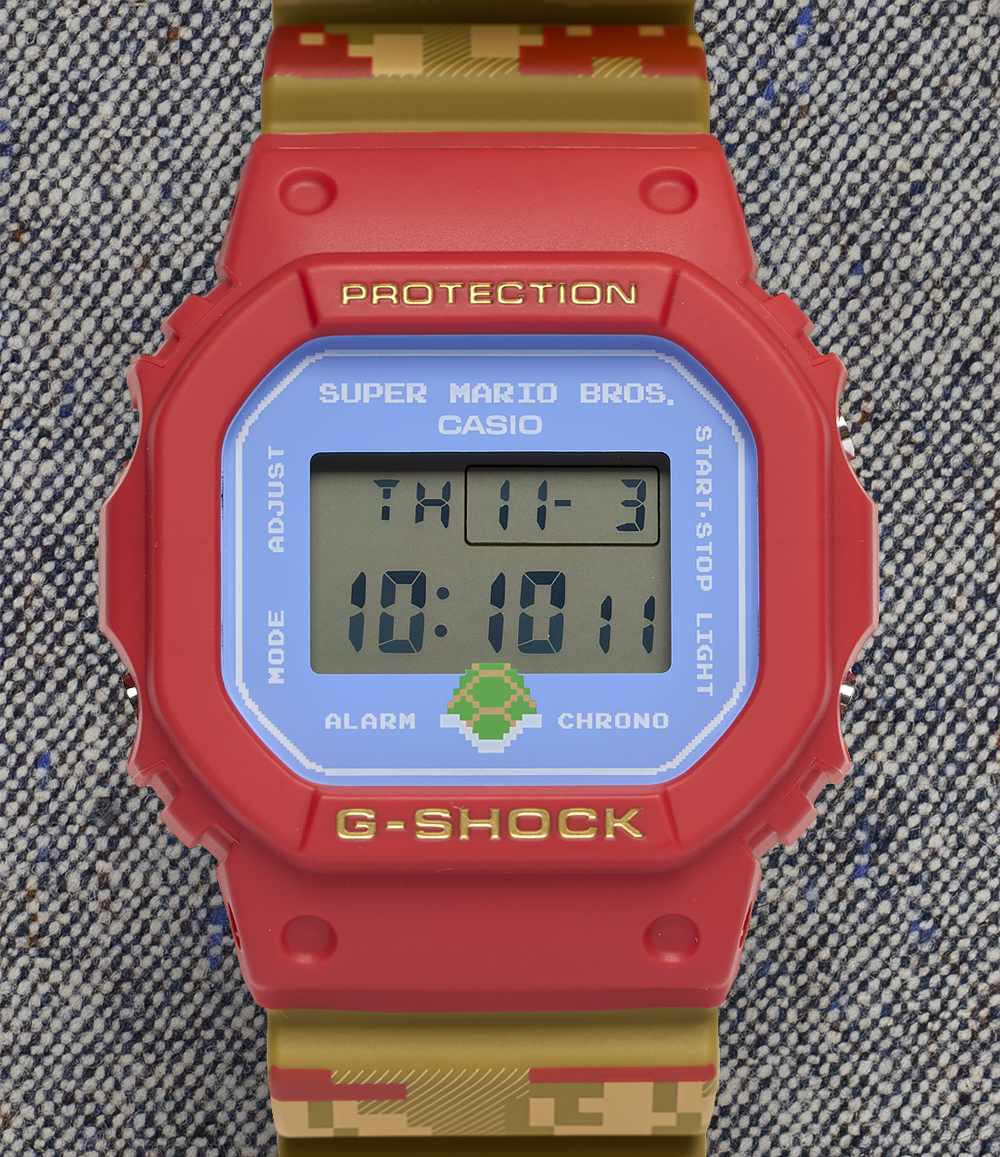 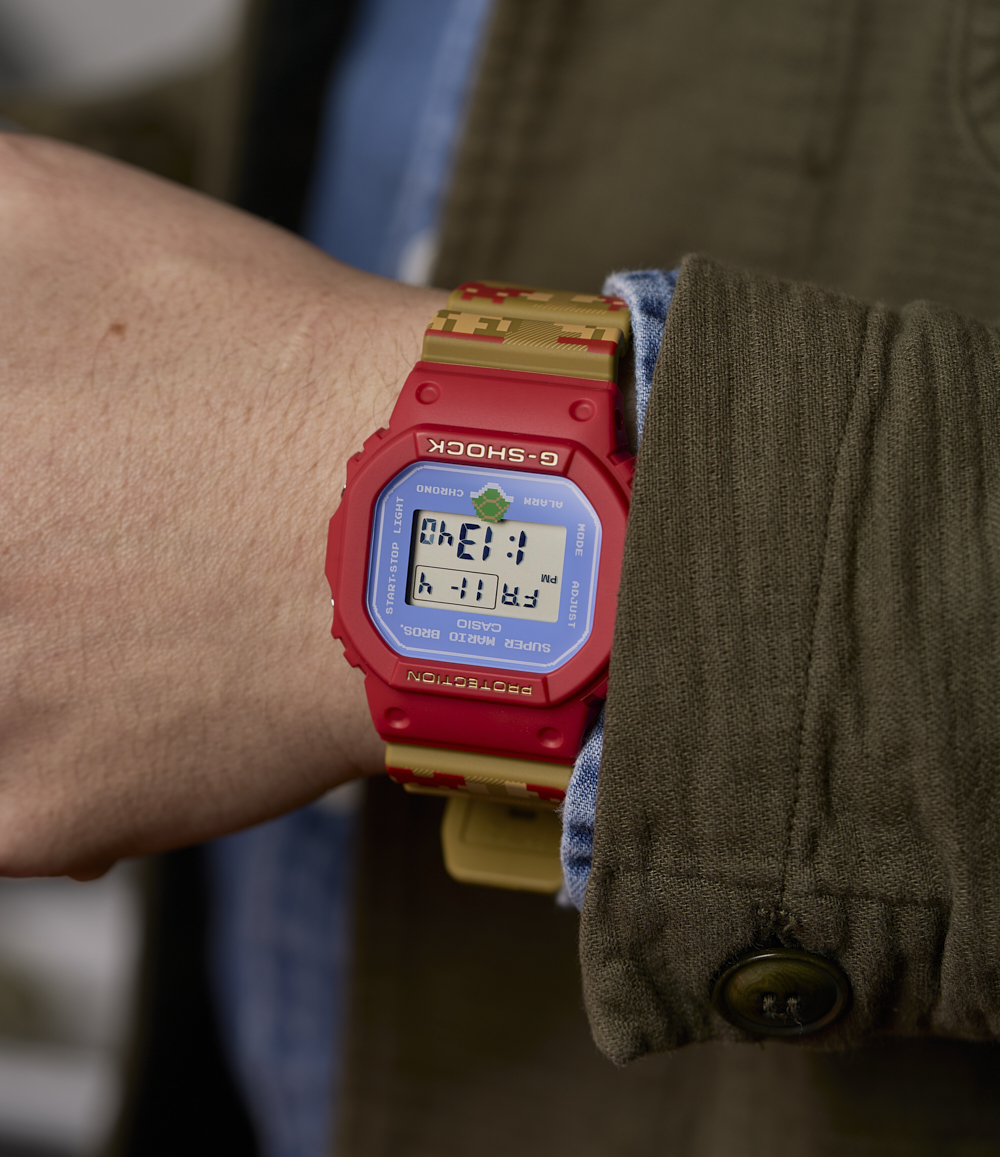 Add To Cart
$230.00
Finish selections for price & availability
Free shipping on orders over $150 in the US
Cart
X
0