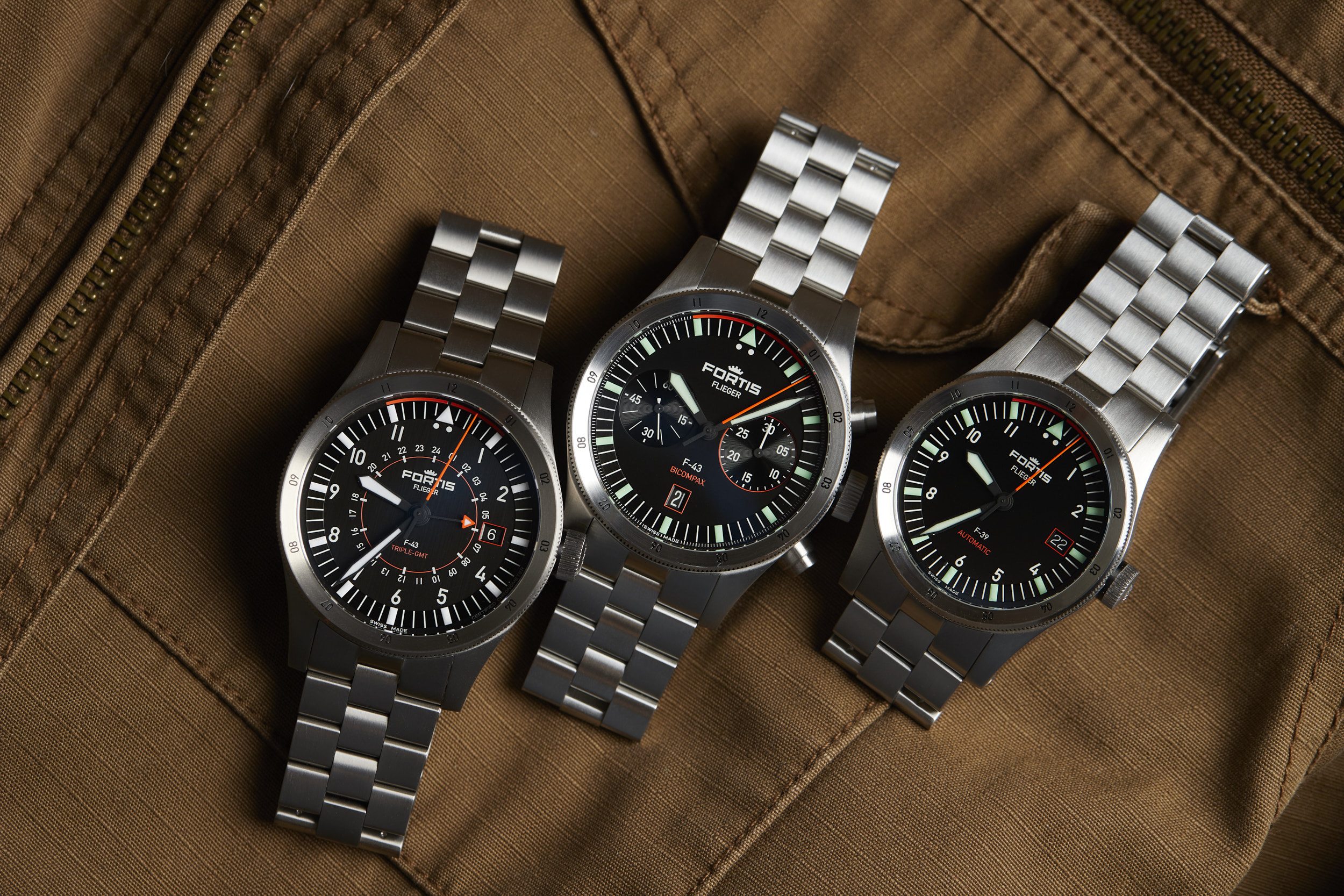 Enthusiasts of aerospace travel have long admired the precision tools crafted by Fortis Watches, and we are thrilled to be welcoming them to the Windup Watch Shop. While new to our catalogue this brand has clocked in well over a hundred years of watch innovation and design, with a history of firsts: having the first ever mass-produced automatic wristwatch with the Harwood back in 1926, to one of the world’s first “waterproof” case designs with the Fortissimo of 1940, there’s little this brand can’t be acknowledged for. It’s also one of a handful of brands to have a watch designed, tested and used in space with the Cosmonauts series, with current models we’re proud to have in shop.

The modern day Fortis lineup has a model for every activity, though uniquely every model is equally capable of any task. Some through-lines you’ll see with the series of watches in the shop are: 100m to 200m water resistant steel and titanium cases, day-date and chronograph variants, double anti-reflective coated sapphire crystals, Swiss movements and great luminance with applications of Superluminova on every model. To start our tour, it’s only appropriate to begin with Fortis’s flagship Flieger.

“This is not a pilot watch,” is the advertising rhetoric Fortis uses in introducing their Flieger range and it’s wholly true: it’s far more than the average Flieger and yet every bit the same. The F-39 and F-41 have the standard characteristics of your typical Flieger: double-dotted triangle at twelve, sword hands, stick - or rather “Brick” in this instance - hour and minute indicators and large dial faces to help with visibility. However, that’s where the similarities end. Upon further inspection, you’ll see that the hour and minute markings are on what Fortis calls the “Brixtrack” ring. In place of a simple bezel securing the front glass, there’s a 24-position 12-hour bezel for tracking a separate time zone. Further expanding upon the utility of their Flieger models, we’re greeted by the F-43 Bicompax chronograph and Triple-GMT. While they share a common aesthetic, they both present added complications to suit varying needs. The Bicompax features a small running seconds with a sunken, radial dial to compliment the sixty minute counter opposite with a distinctive Berlac Fluor Orange outline. This detail is meant to draw your attention to both it and the central chronograph seconds hand finished with this same touch of orange. Orange plays a dual role by also being the uniting feature of the F-43 Triple-GMT. Here we have the main dial, bezel and small jump hour hand tracking three separate time zones. To help catch the eye, this same orange circles and connects the central twenty-four hour scale further punctuating white numerals outside it’s boundary. Furthermore, the Triple-GMT uses the caliber WERK 13 made by Kenissi, a branch of Tudor (owned by Rolex) that produces bespoke movements. Fortis is one of only a handful of brands to utilize this high-end movement supplier alongside Breitling, Chanel, Norqain, and Tudor. Continuing our tour, we’ll stay aloft with the Aeromaster PC-7 Day-Date and Chronograph. Here we’re treated to a more conventional pilot tool watch. Larger, lume-ladened numerals adorn the dial to help the wearer quickly discern the time at a glance. The day-date complication is carried over to the chronograph version with the added utility of a thirty minute and twelve hour counter, with a central running chronograph seconds hand. Unique to the PC-7 Team edition is both the Royal Blue colorway and Swiss Air Force’s PC-7 Team insignia at the nine o’clock, perfectly seated in the sixty second register of the chronograph version. Both PC-7 Team Day-Date and Chronograph are limited to three hundred models, with a steel plate denoting which in the range you received on the case’s side. Instead of touching down, we’ll venture further into space with the Classic Cosmonauts Steel A.M. This watch is what happens when Captain Kirk meets James Bond: pure space watch class is born. Similarly to the Aeromaster Chronograph, the same triple-register arrangement is found here with a day-date complication at the six o’clock. Dissimilar to the entire Fortis range is the case of the Classic Cosmonauts, with its mixture of brushed and polished surfaces. Further classing things up is the sunburst finished silver dial, making this a real standout in the collection. Rounding off the Classic’s head turning sheen is a pair of polished screw-down pushers. This is an elegant homage to earlier Cosmonauts and a welcome addition to the Fortis range. To finish our tour it’s only fitting to end where Fortis’s space exploration begins. The Official Cosmonauts range, as the name would imply, holds the watches actually used by ROSKOSMOS - the Russian Space Agency - for space training and missions. To be “space certified” is no mean feat, but through rigorous testing over the course of several months the Official Cosmonauts is a true space worthy companion. Though this distinction is only true of the Cosmonauts Chronograph*, the Day-Date is no less reliable. Featuring a sixty minute elapsed time bezel, the Day-Date shares all of it’s cosmetic cues with it’s Chronograph sibling the Fortis x ROSKOMOS model. The Fortis x Austrian Space Forum AMADEE-20 on the other hand is planned for an entirely different space mission: one with its eyes set on Mars. This special edition model is made in tribute to the upcoming AMADEE-20 program, a simulation held in the Negev Desert of Israel. From it’s radical dial design to it’s titanium case and unique countdown bezel, the AMADEE-20 is a real showstopper. Want to learn more about these watches? You can shop the Fortis lineup and more in the Windup Watch Shop. 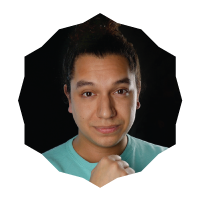 Patrick is tickled pink to share his love of watches with W&W readers. Having been a collector of many things in his life - from keychains to trading cards and cameras - it was only natural that progression advanced into something more practical. Wristwatches now hold his attention for the time being. Having condensed a rather large collection down to “just” five watches, he’s currently on the hunt for the elusive Sea Nymph… By Paul Portinoux.