What's New
Free domestic Shipping for orders over $150 and $200 to canada.
The Ultimate Wristwatch for Gamers in the Multiverse
Bulova
Computron
Color
Email Me When Available
Item no longer available

Add To Cart
$450.00
Finish selections for price & availability
Free shipping on orders over $150 in the US
Bulova
Computron
The Ultimate Wristwatch for Gamers in the Multiverse
Color
Email Me When Available
Item no longer available

Add To Cart
$450.00
Finish selections for price & availability
Free shipping on orders over $150 in the US

As part of Bulova’s Archive Series that celebrates historic designs and memorable models from the brand’s past, the modern Computron collection reintroduces the unusual trapezoidal case design of the original Computron LED watch from the 1970s, and makes it available for buyers in the modern era. Created in collaboration with the lifestyle metaverse marketplace D-Cave, the Bulova Computron D-Cave reimagines the brand’s classic LED wristwatch with aesthetic inspiration that draws from gaming culture.

The trapezoid-shaped stainless steel case of the Bulova Computron D-Cave measures 31mm across with a lug width of 19mm, and it features a sleek black IP coating with luminous green accents. A durable mineral glass crystal protects its bright green LED display, which lights up with a press of the button located on the right-hand side of the case. Rather than featuring a metal bracelet like the other Bulova Computron models, the D-Cave edition is fitted with a black silicone strap that has matching green accents and a black IP coated buckle.

Powering the Bulova Computron D-Cave is a quartz LED movement that presents the time using a bright green digital display. Just like other LED watches, the screen remains dark until a button is pressed to activate it, and as it is a digital quartz timepiece, the LED movement inside the Bulova Computron is capable of displaying both the day and date, along with a secondary time zone and even the option of either a 12-hour or 24-hour time formats. 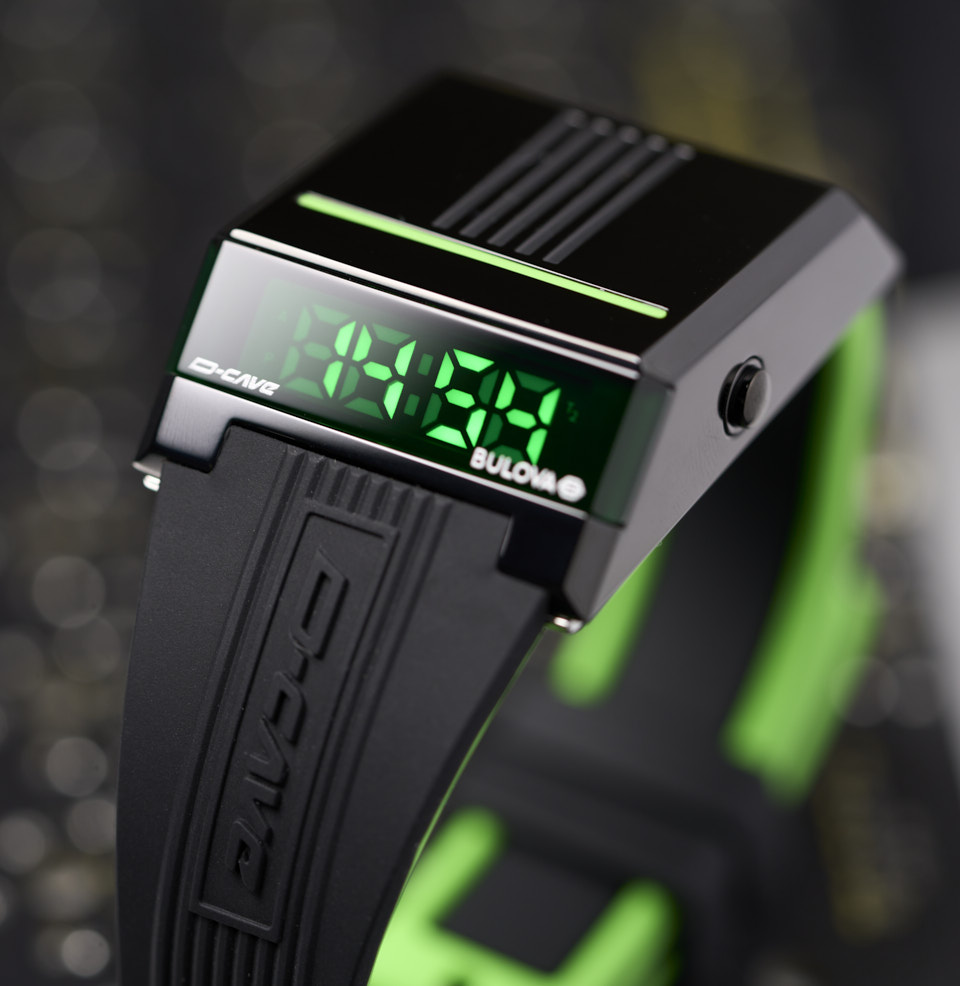 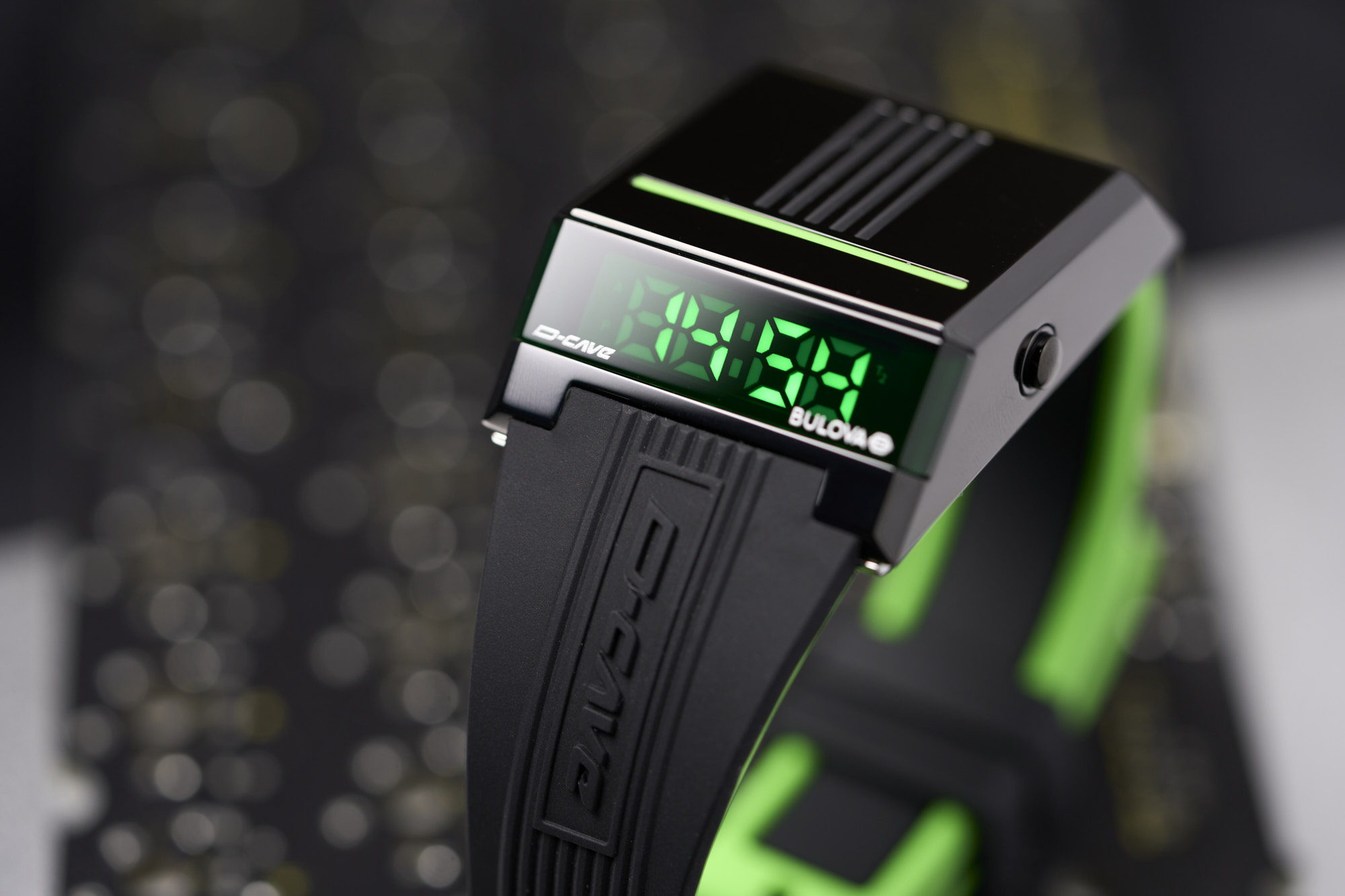 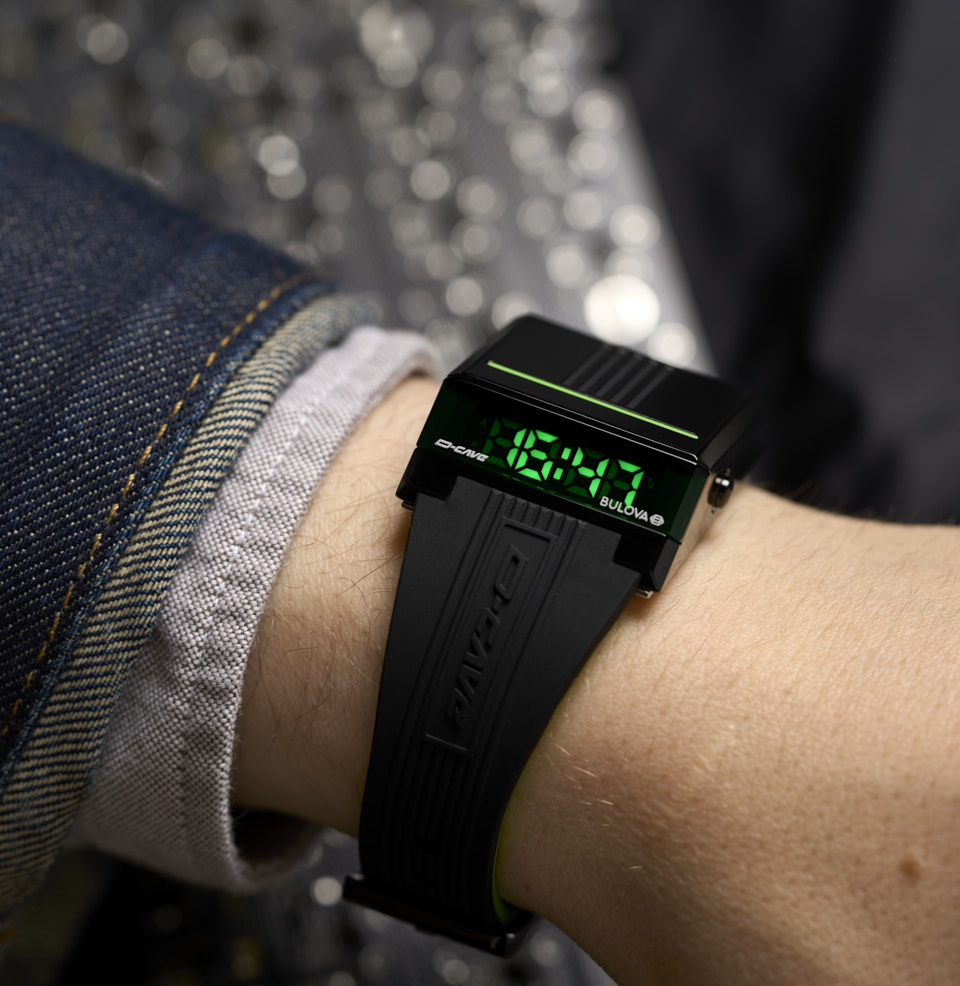 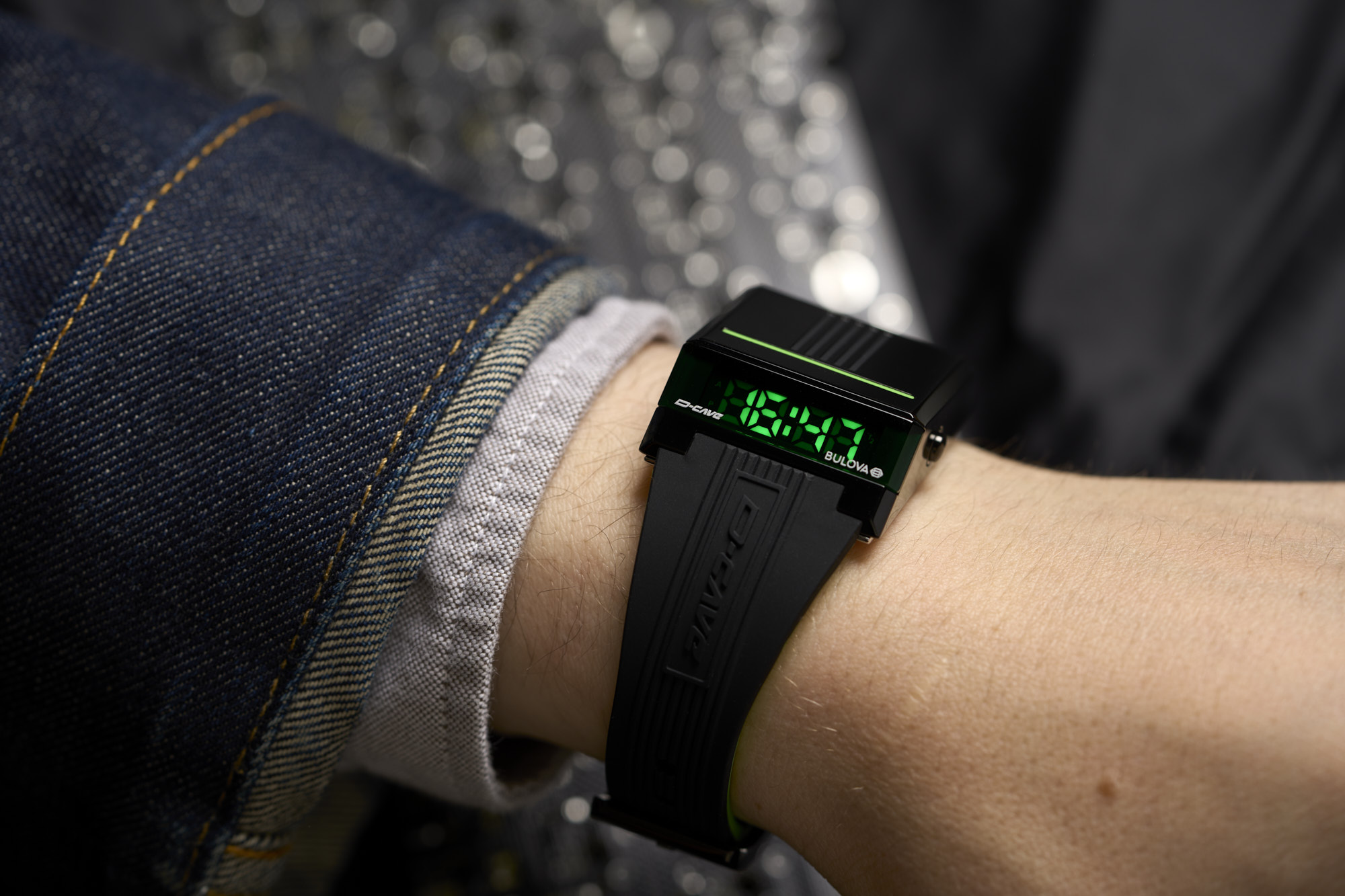 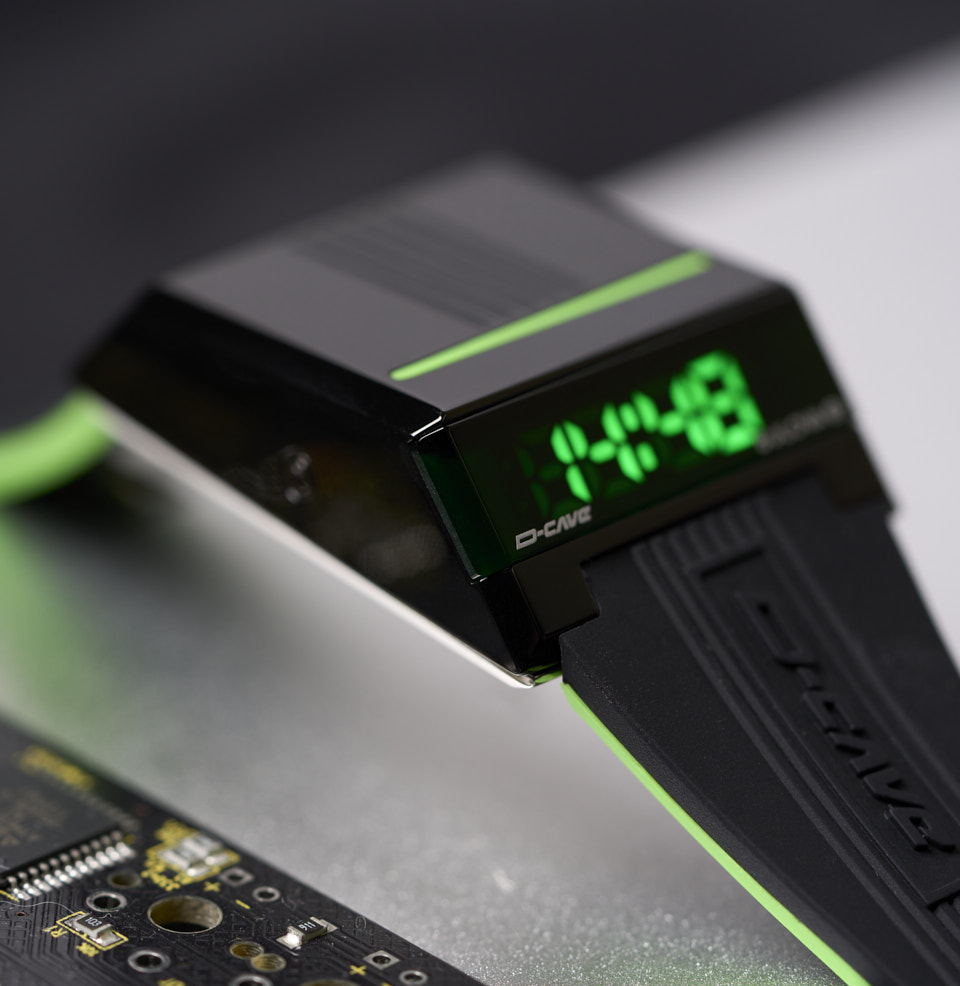 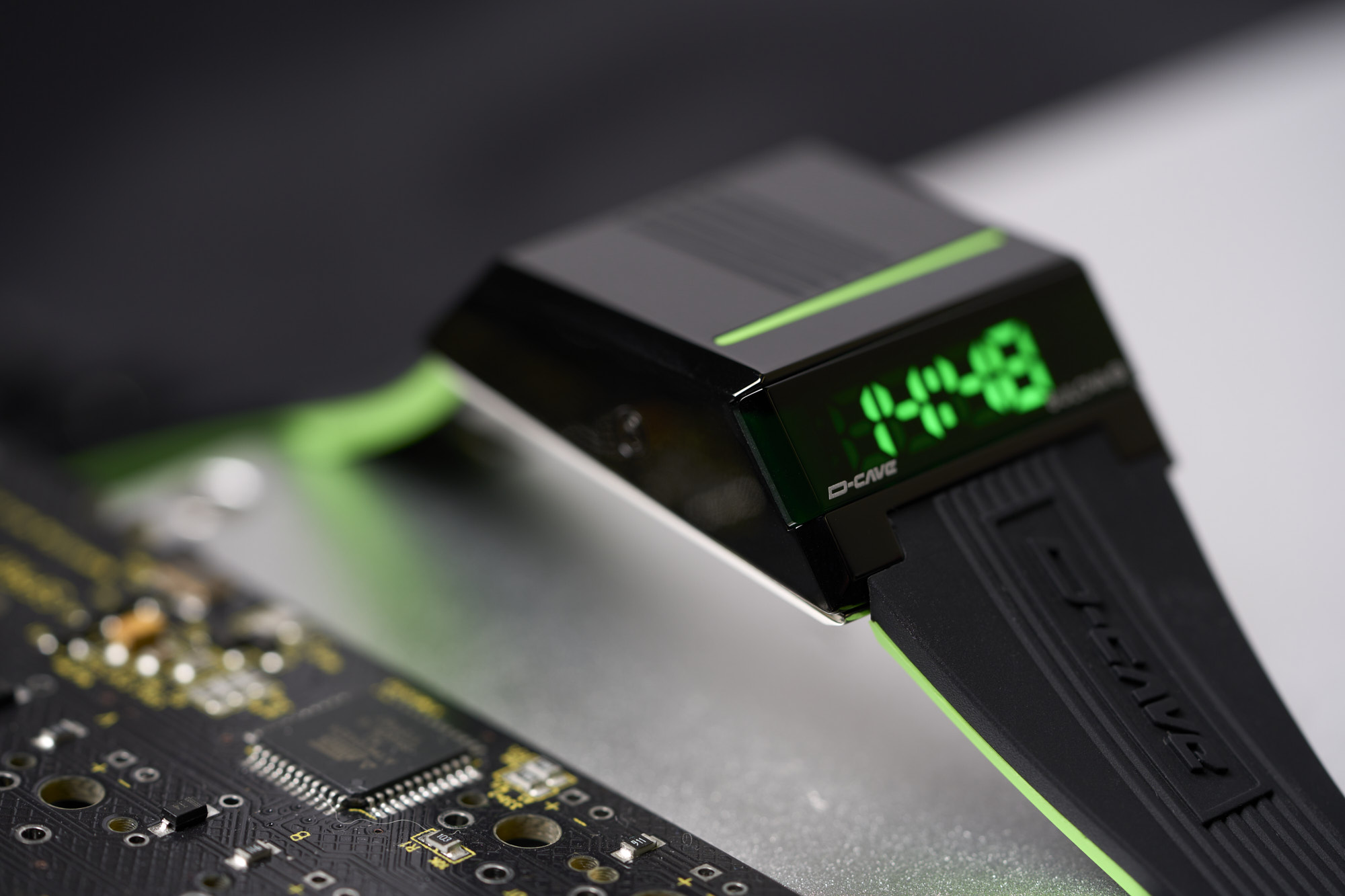 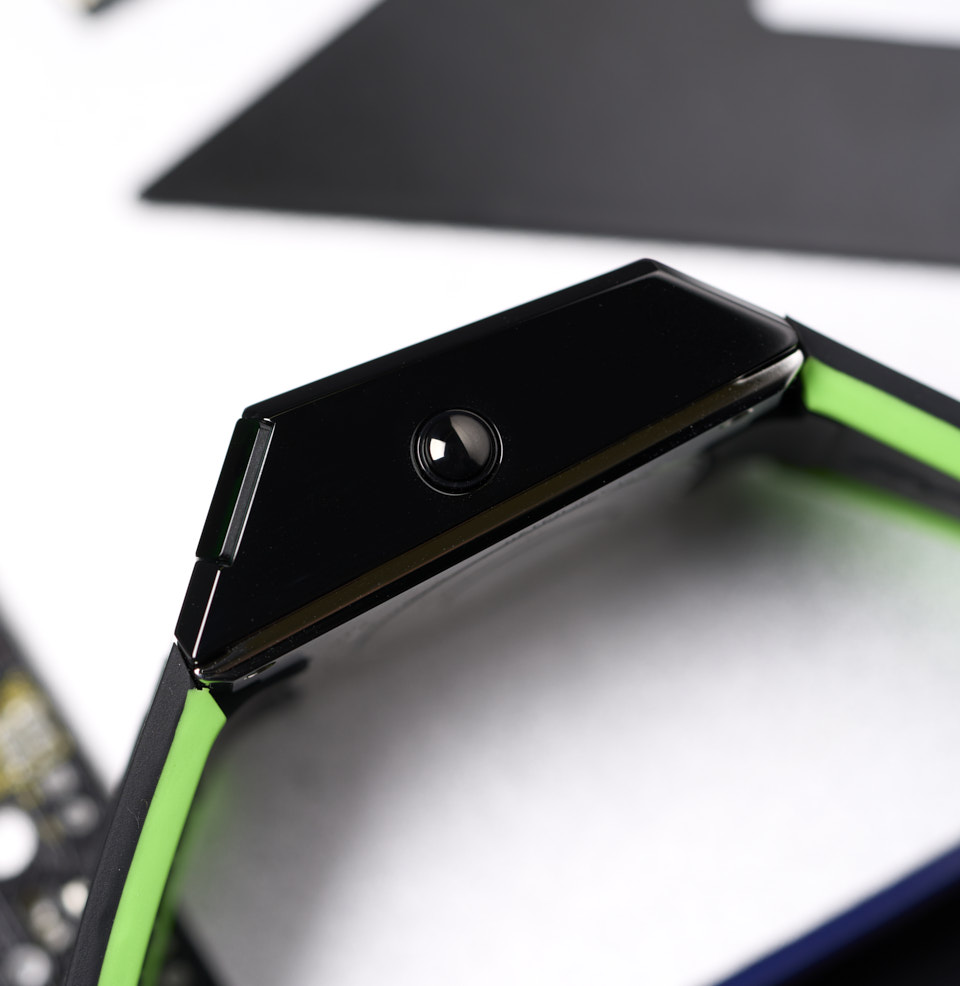 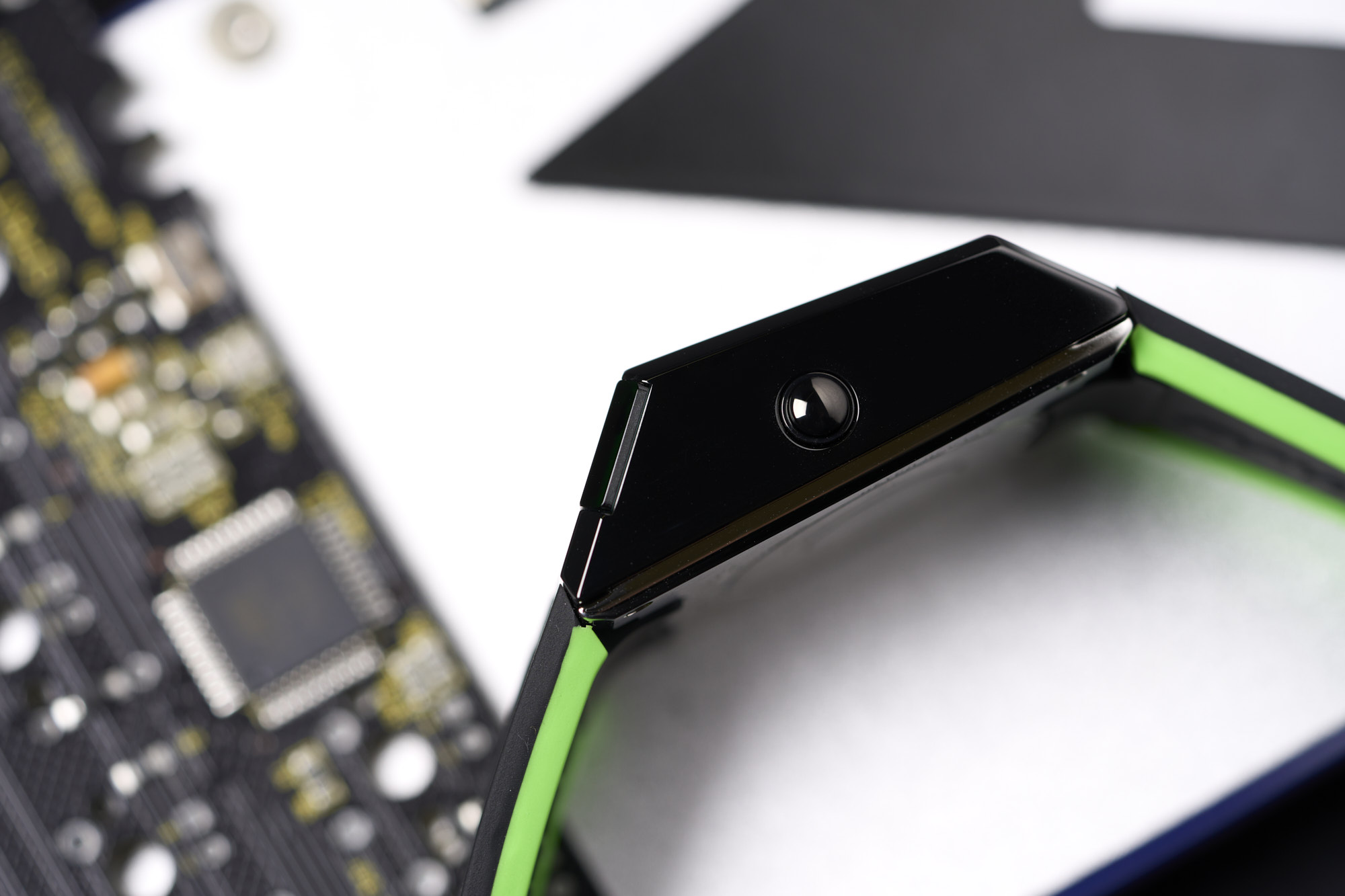 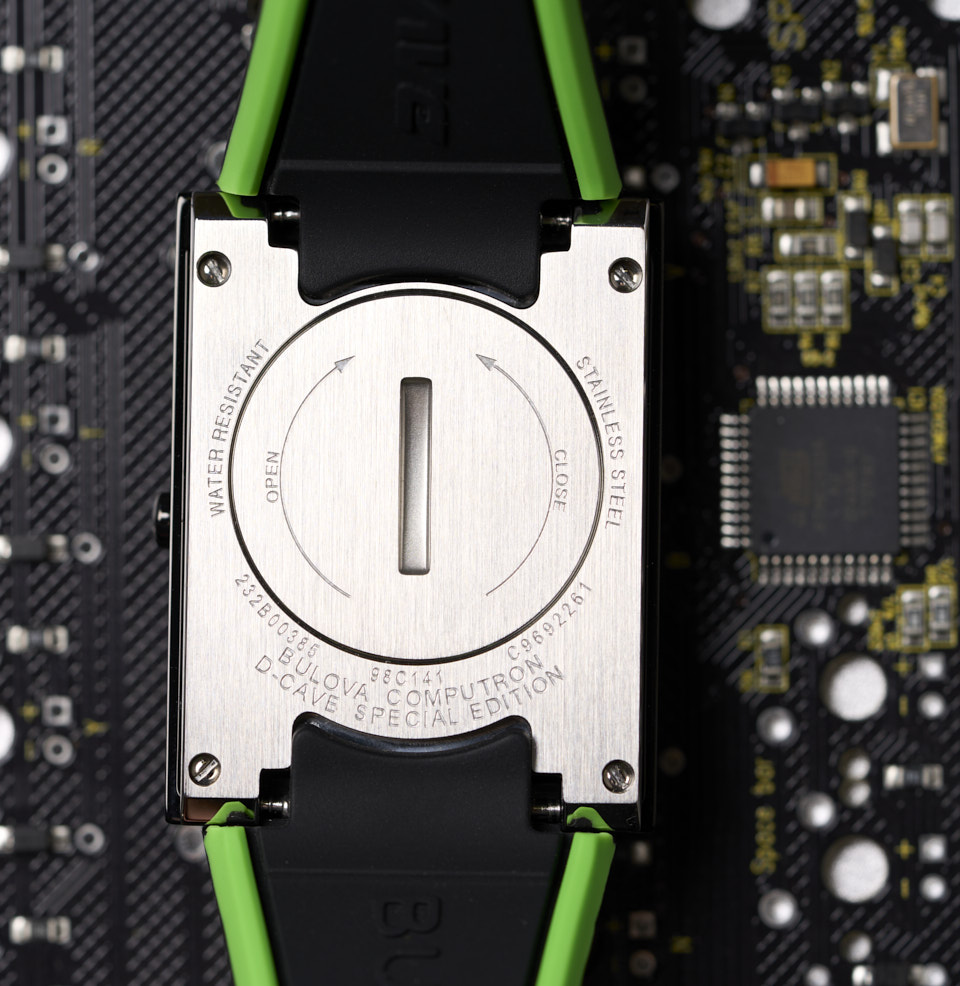 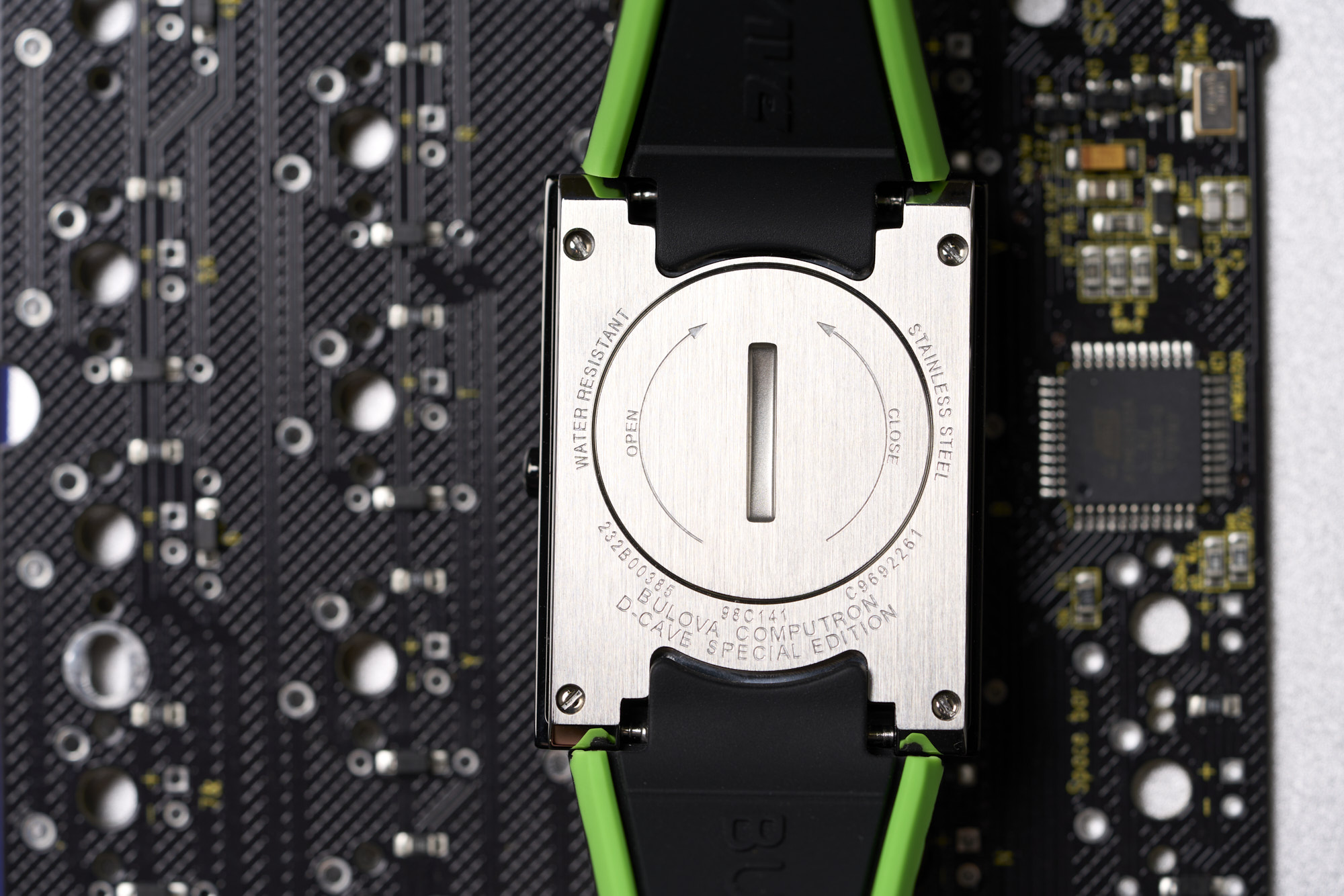 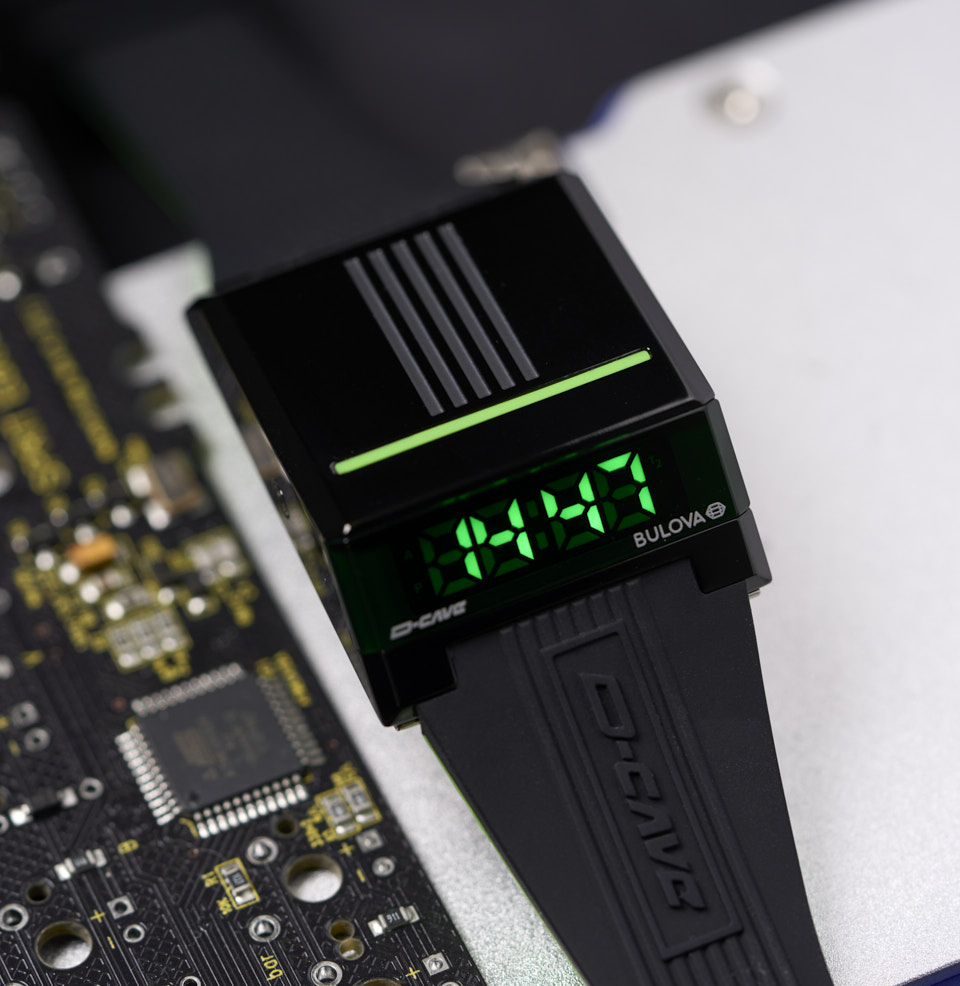 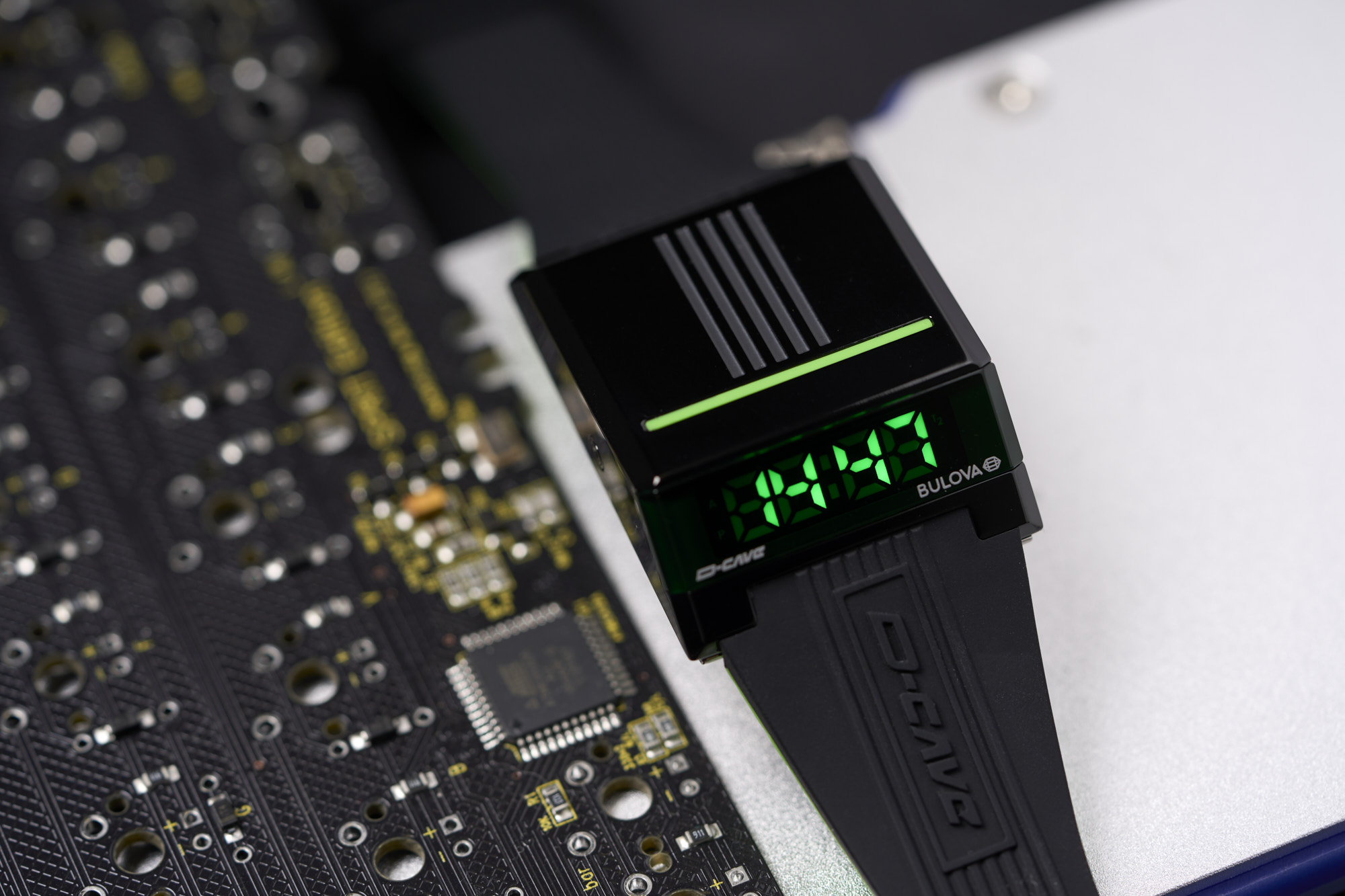 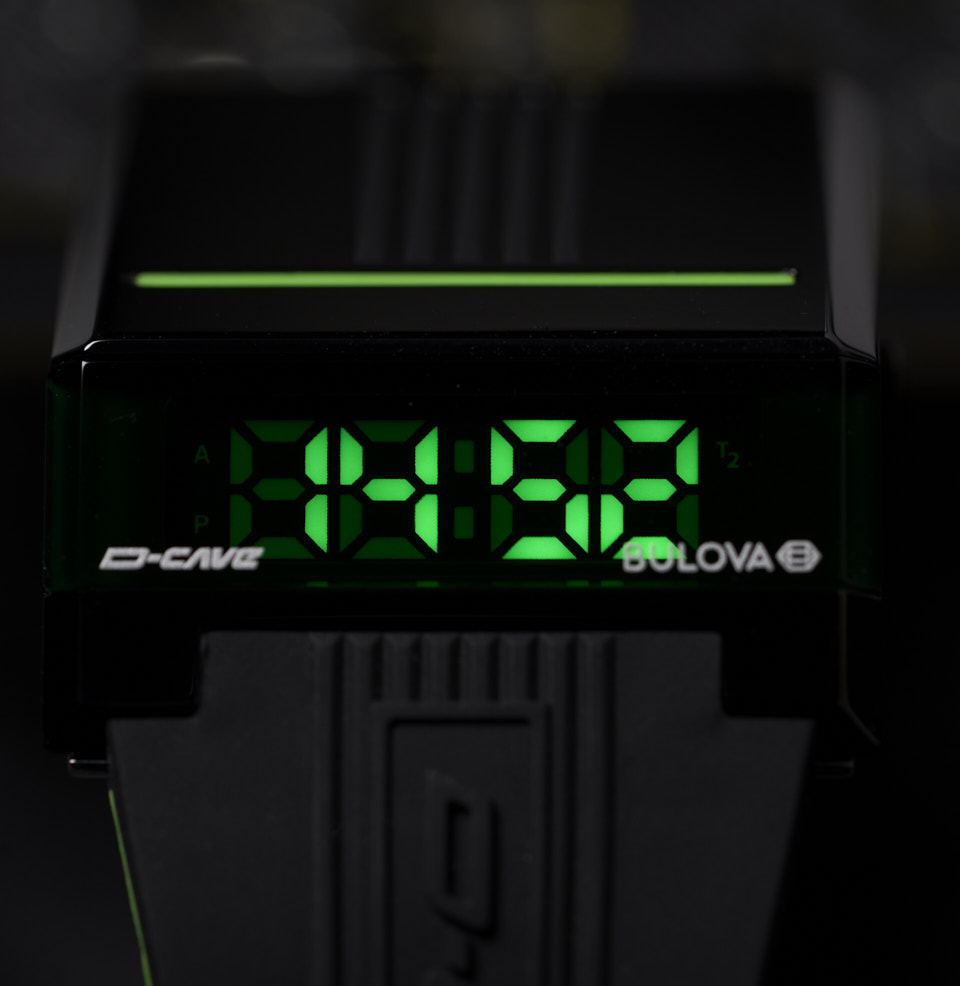 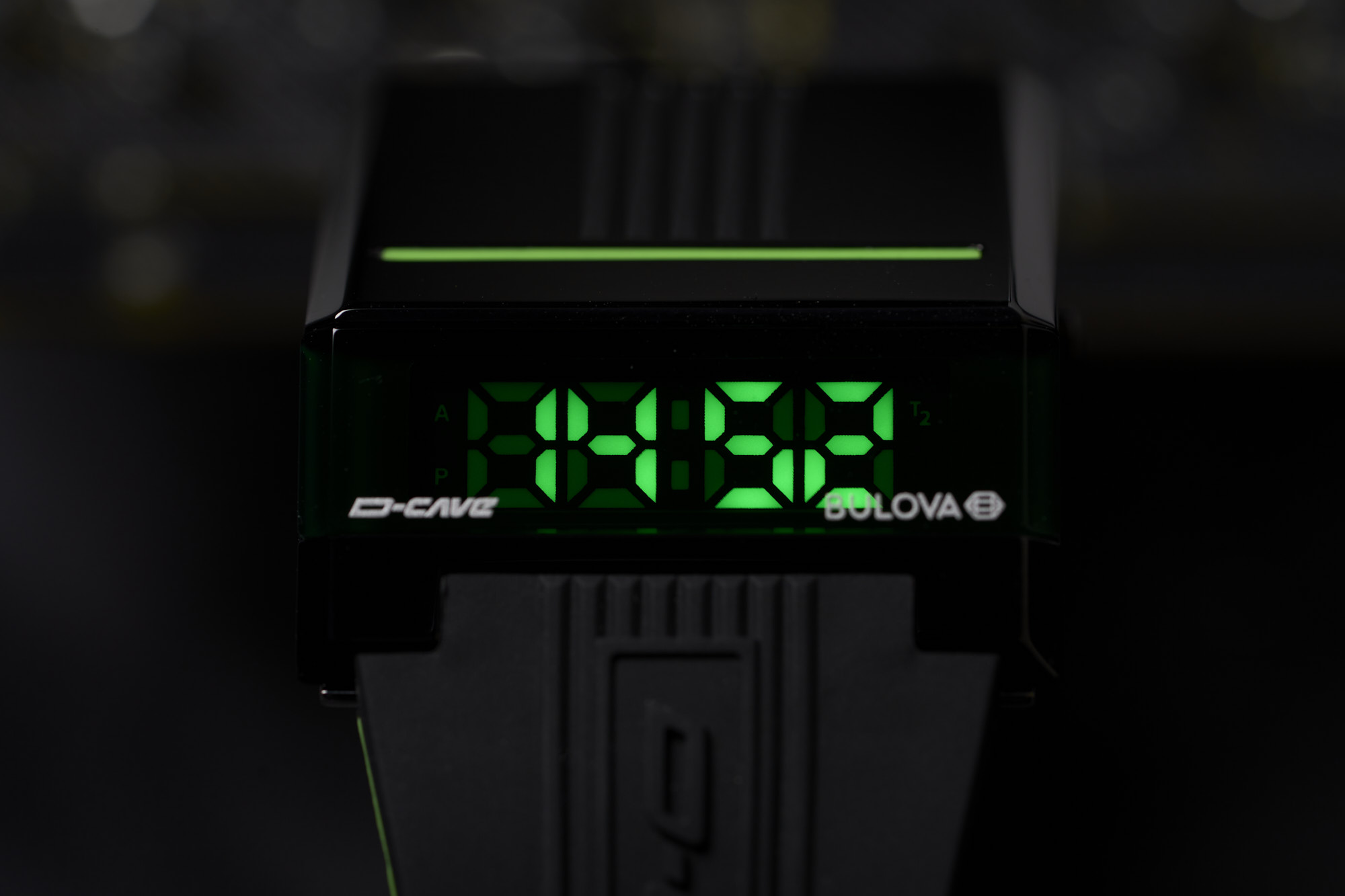 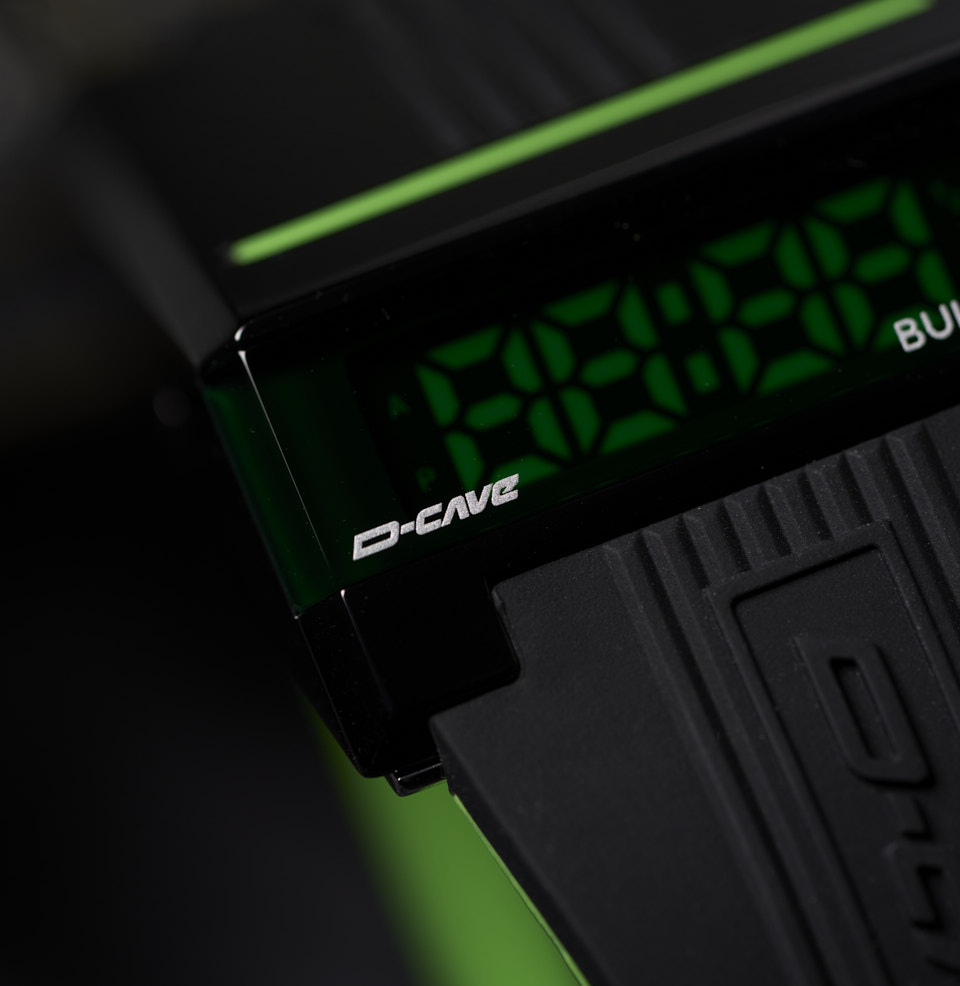 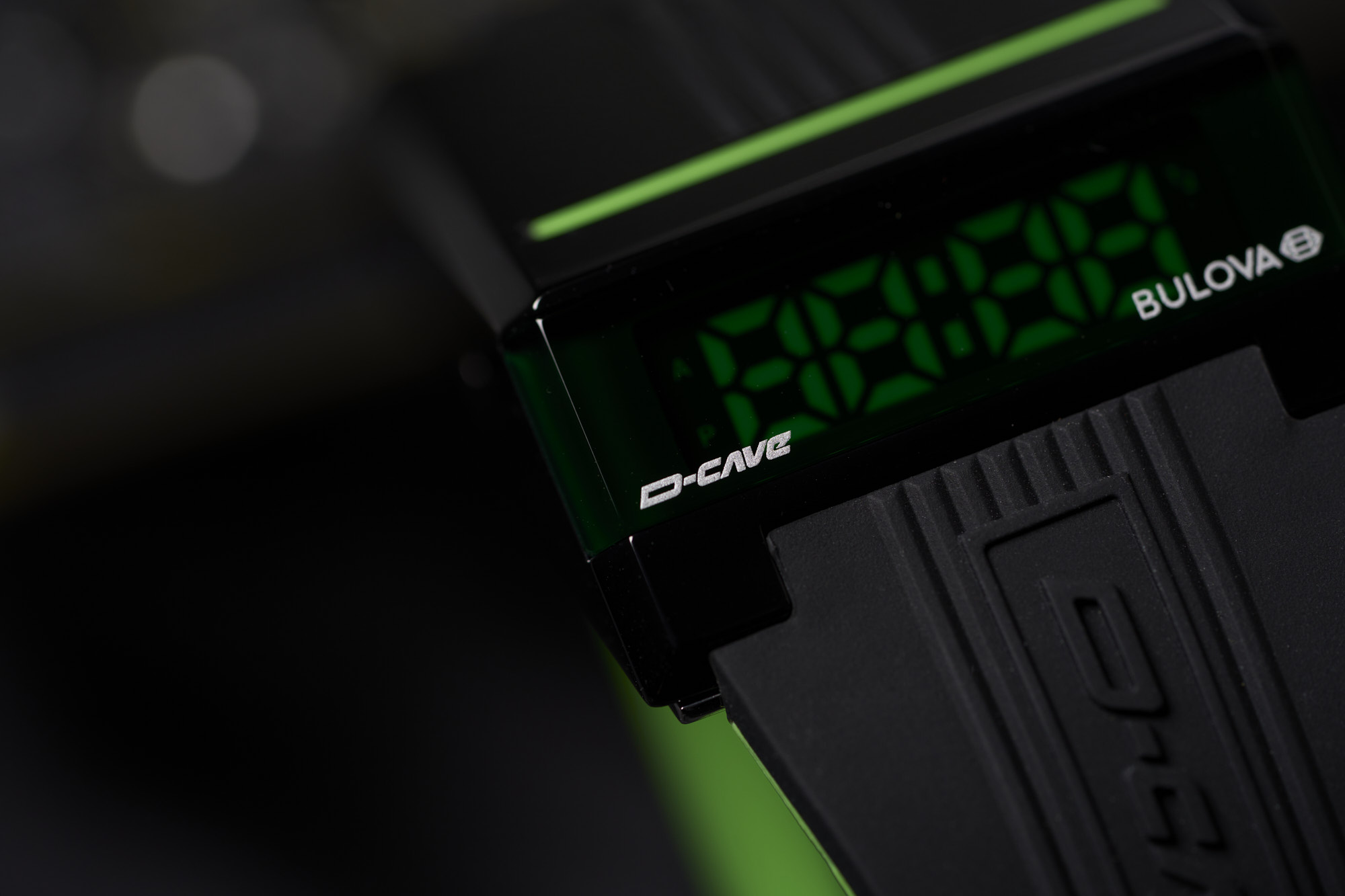 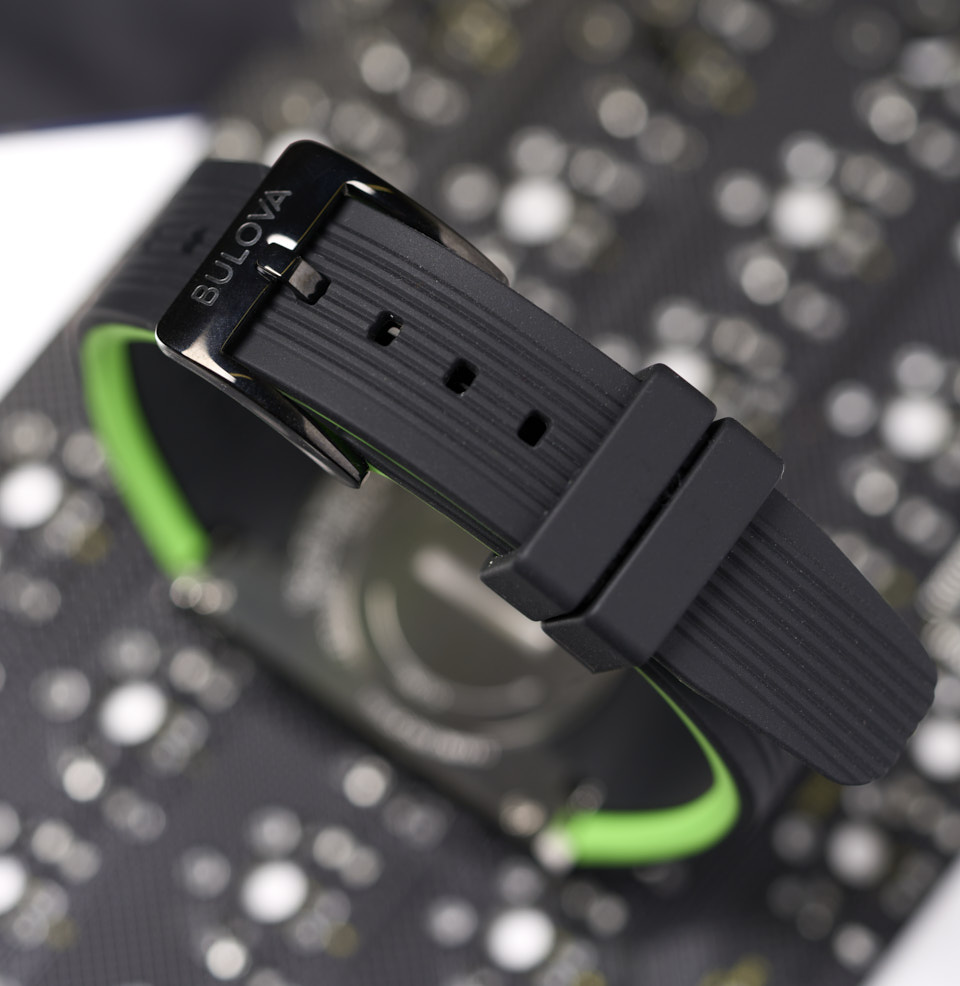 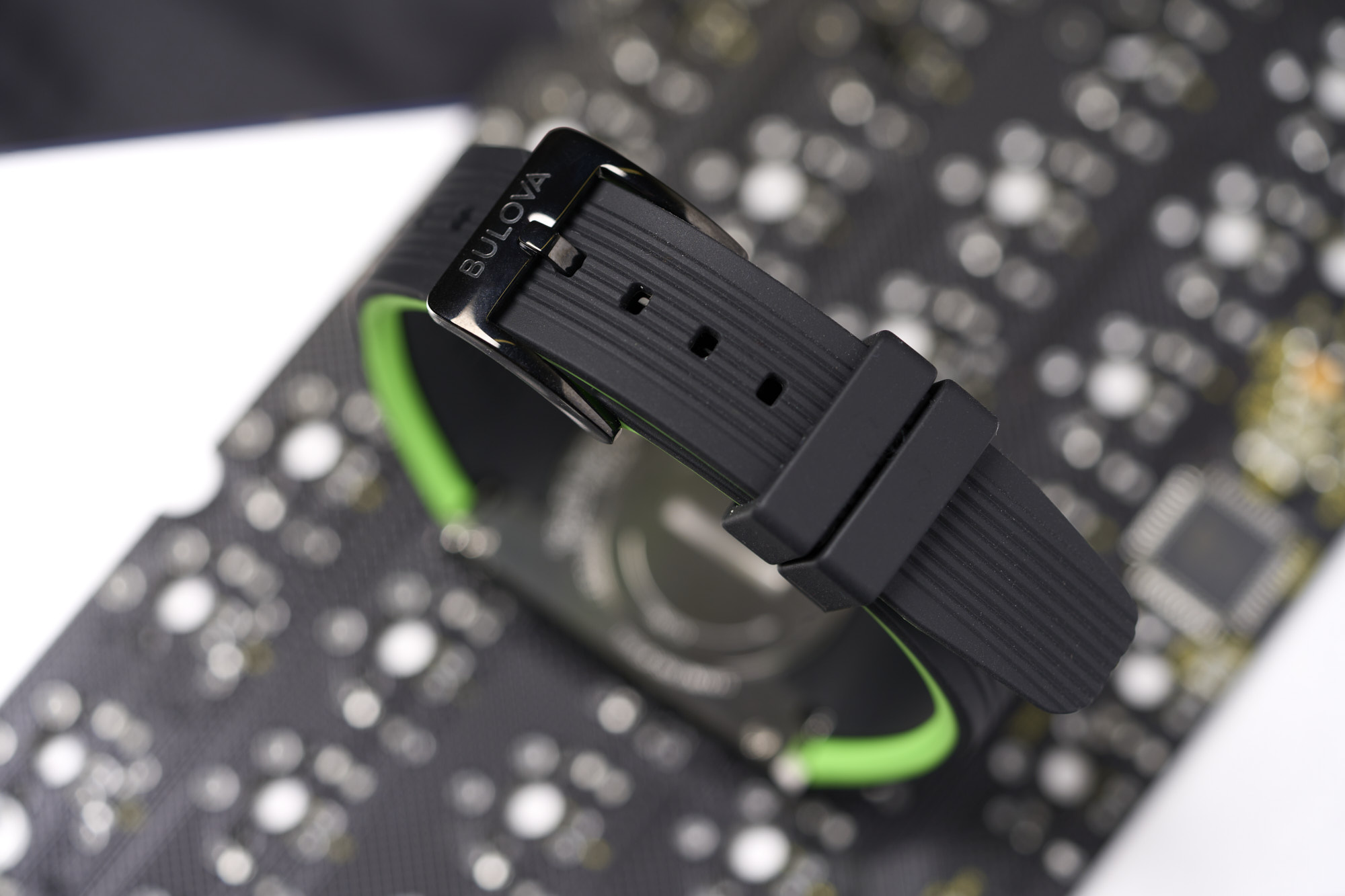 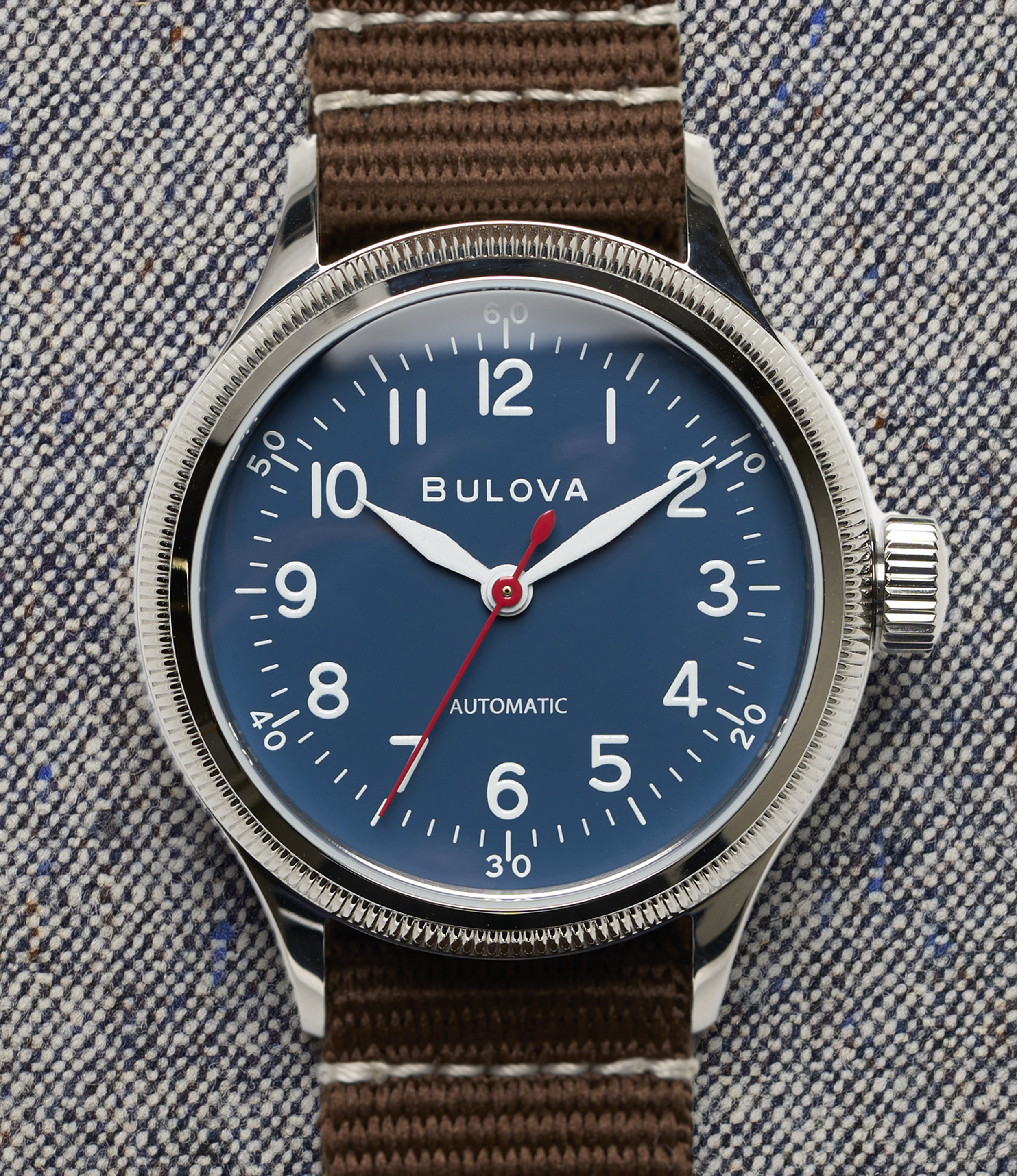 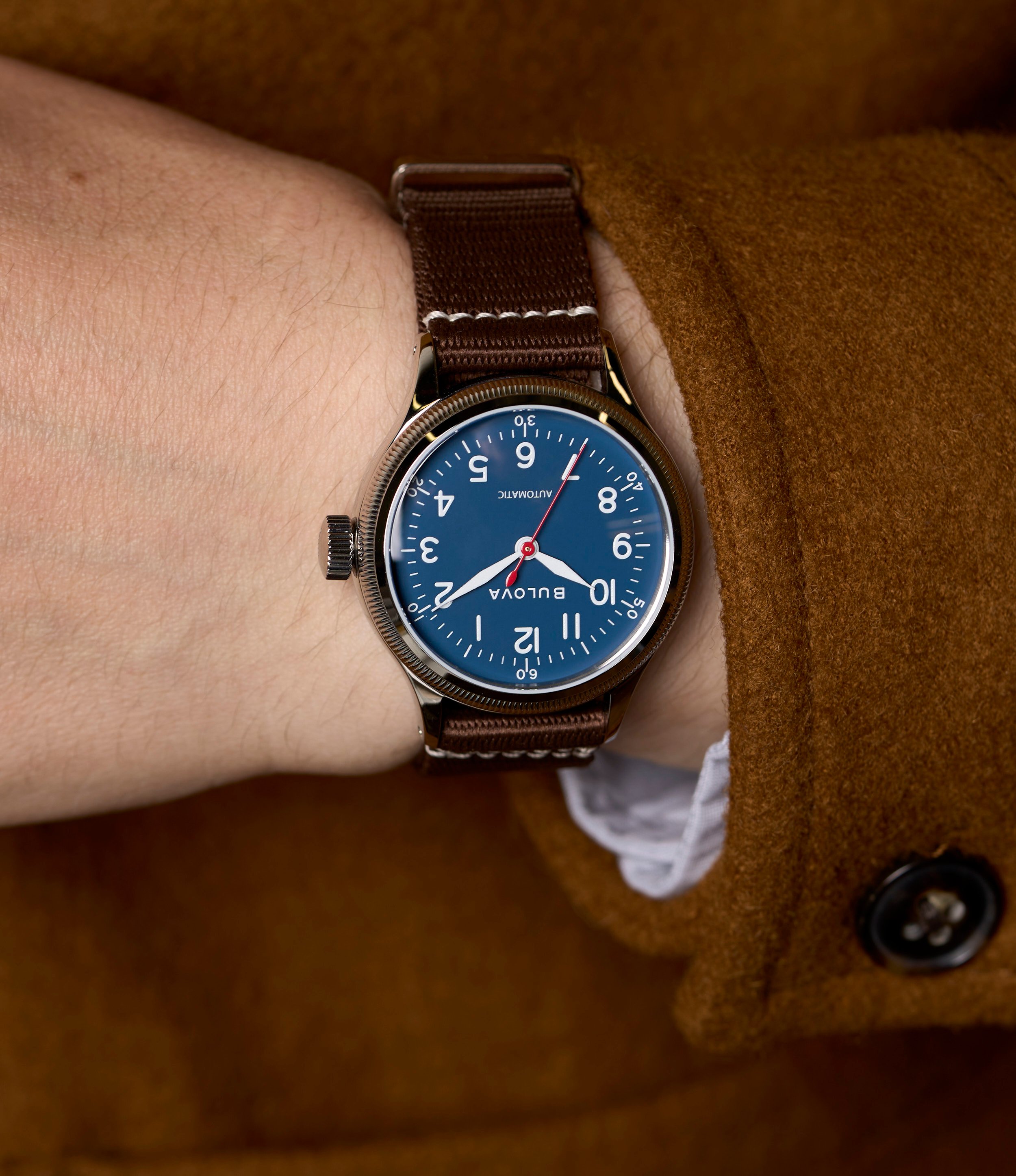 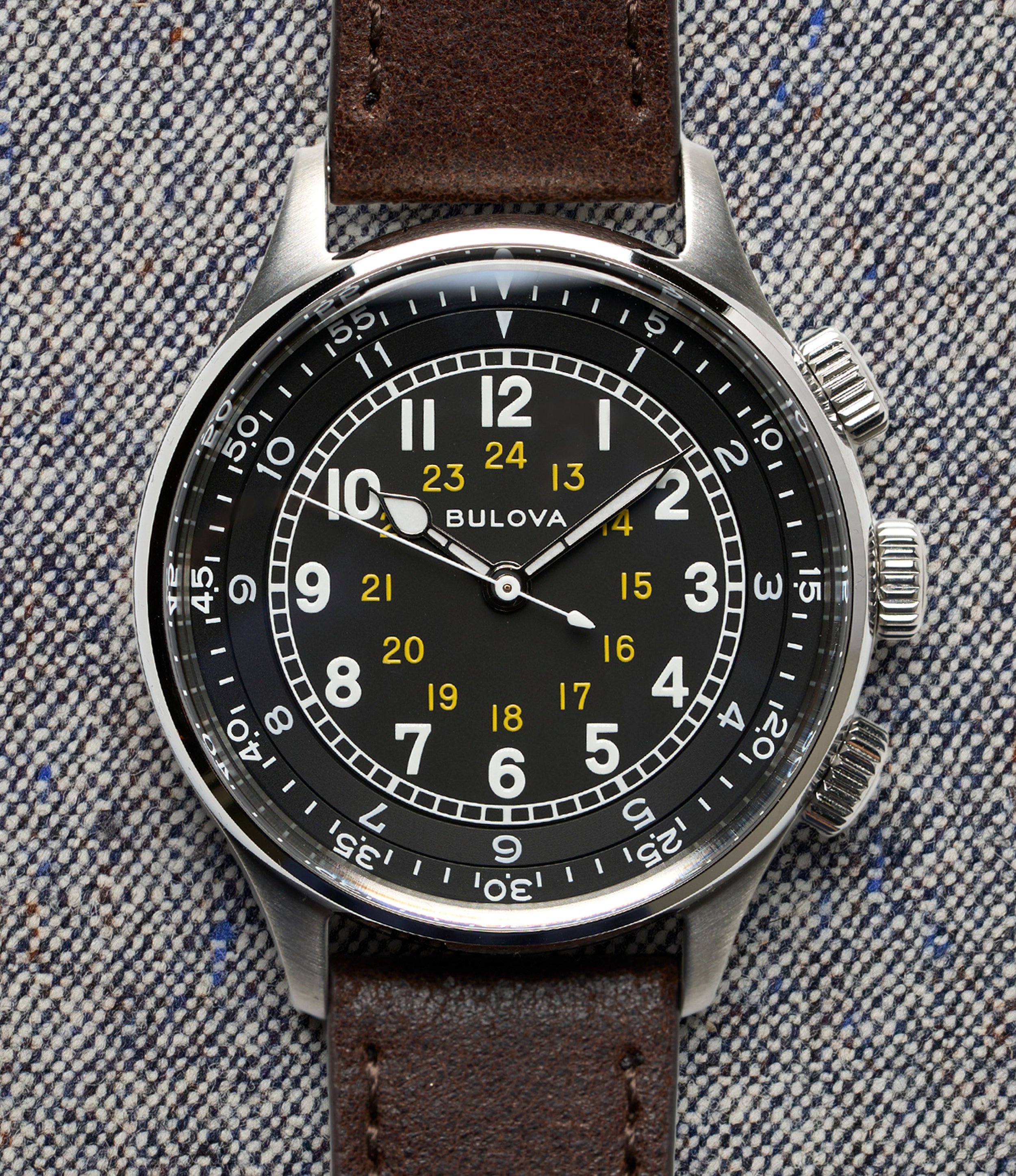 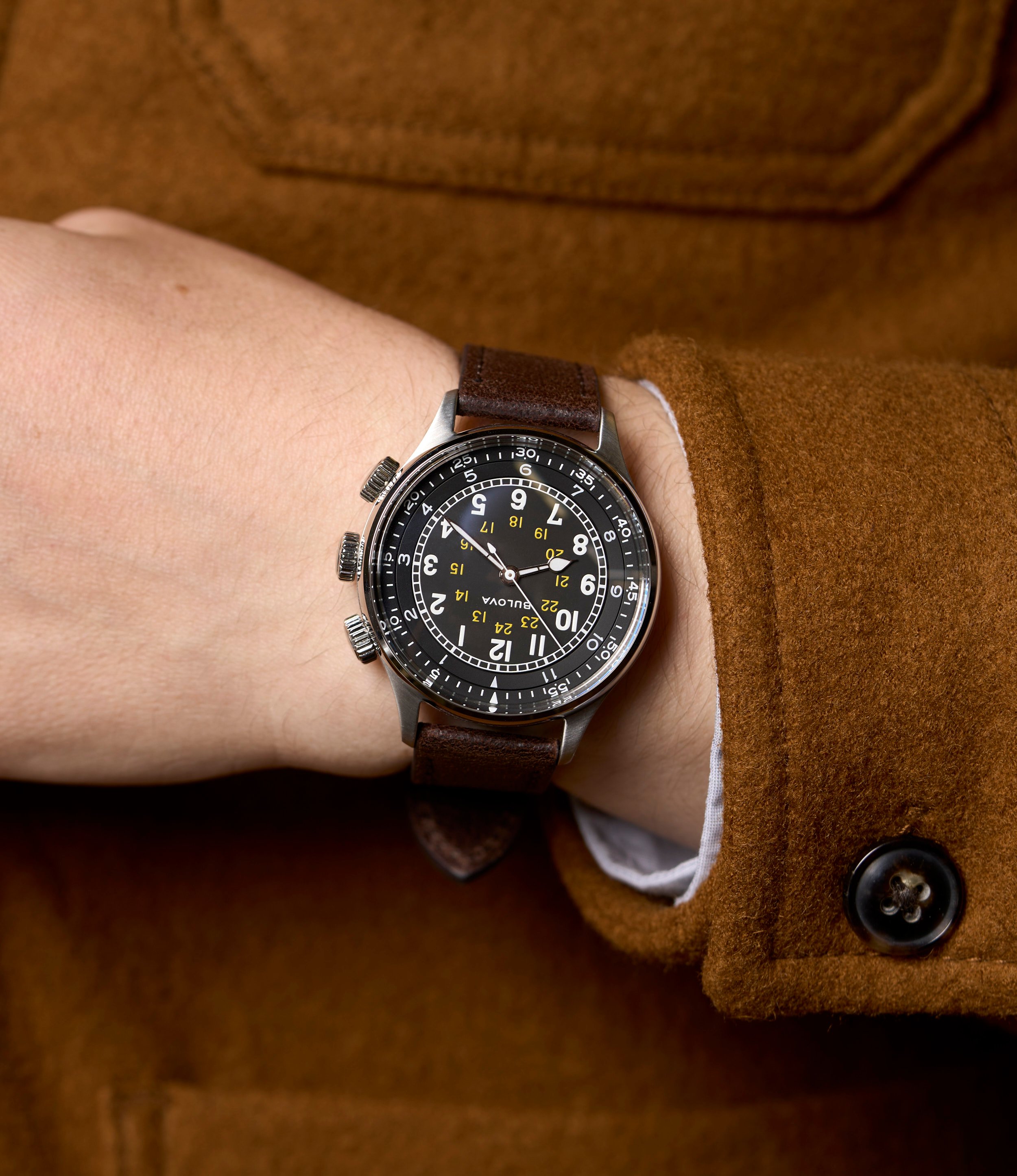 Add To Cart
$450.00
Finish selections for price & availability
Free shipping on orders over $150 in the US
Cart
X
0