What's New
Free shipping on all orders $150+ in the US and $200+ to Canada
A limited edition collaboration!
Cantonment
ADPT Set Mk 1
Style
Email Me When Available
Item no longer available

Add To Cart
$40.00
Finish selections for price & availability
Free shipping on orders over $150 in the US
Cantonment
ADPT Set Mk 1
A limited edition collaboration!
Style
Email Me When Available
Item no longer available

Add To Cart
$40.00
Finish selections for price & availability
Free shipping on orders over $150 in the US

You might not know it, but your EDC is missing something critical - a damn good cloth. Cantonment has sought to fix this by creating Kerchief sets that includes two perfectly sized, 100% cotton cloths, with button holes in every corner, finished with contrast merrowed edges.

Each set comes with a super handy little contraption called a Woggle. A short strip of rugged nylon strap with a fixed button, the Woggle teams up with button holes to create the "Woggle-Toggle™" system. Together, they turn a square of fabric into a legitimately useful everyday tool.

For the limited edition set, Cantonment teamed up with ADPT (All Day, Purpose, and Terrain) to create a fun duo of kerchiefs with original art.  The first is called “ADPT Vista” and it’s based on the flat ADPT patch the brand has been using since launch. Instead of a flat drawing, it opens up into a view of a city on a shore, surrounded by a mountain range. This kerchief is a calming green with a teal fringe.

The second kerchief features another new illustration called “Mt. ADPT” which takes the “A” from the ADPT logo and turns it into a craggy mountain in a landscape inspired by American deserts. Rendered in deep teal, it features an ox-blood fringe for contrast. The kerchiefs are accompanied by a Mai Tai colored Woggle. 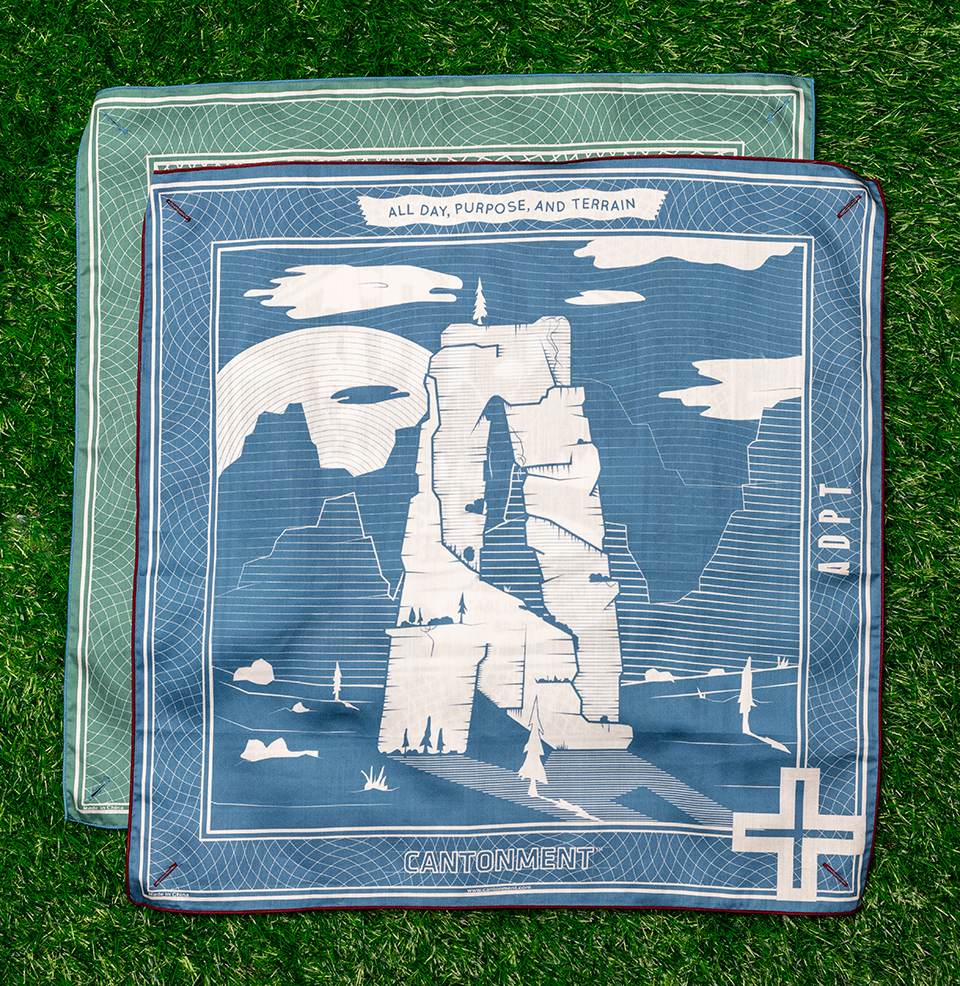 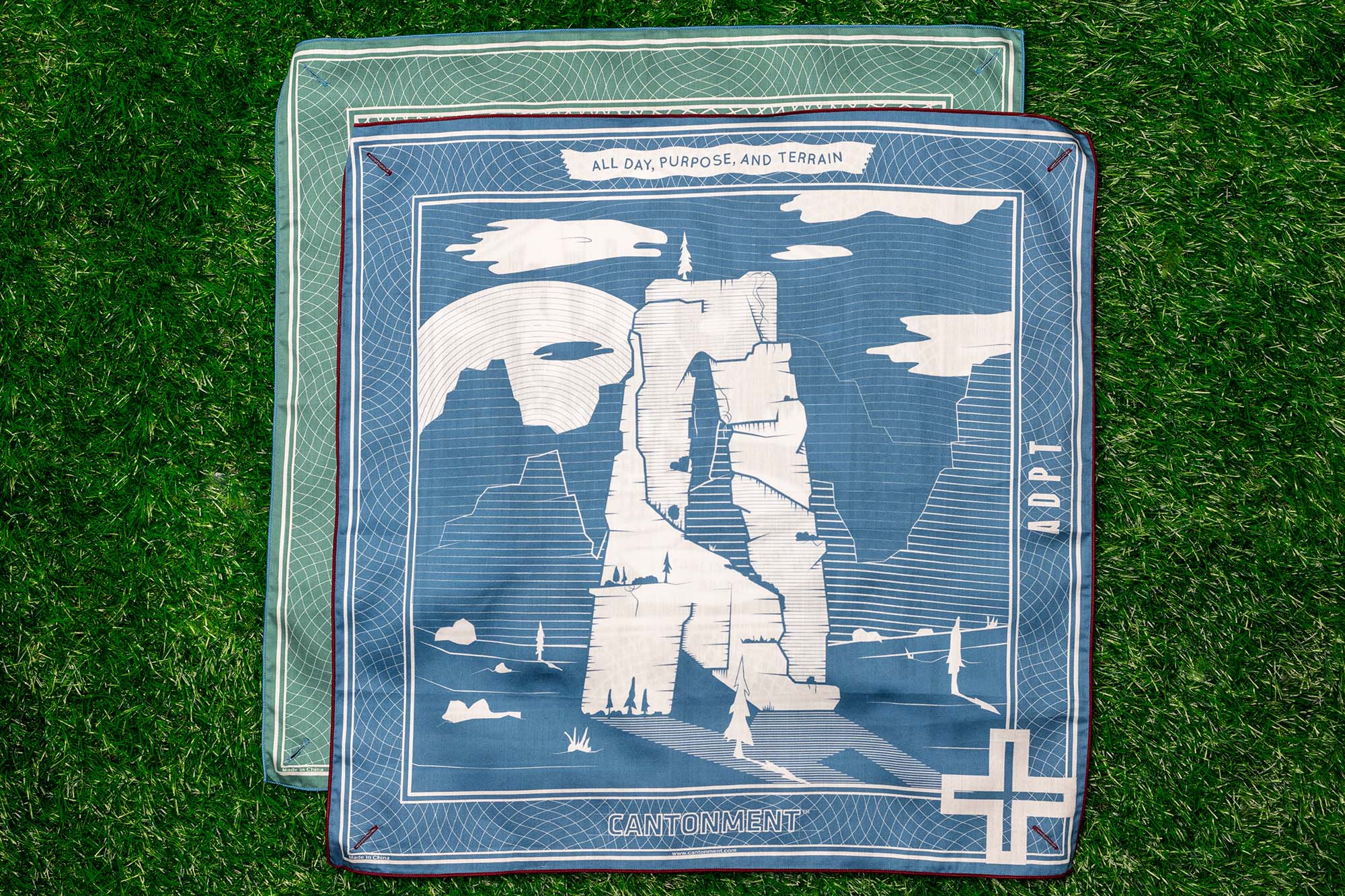 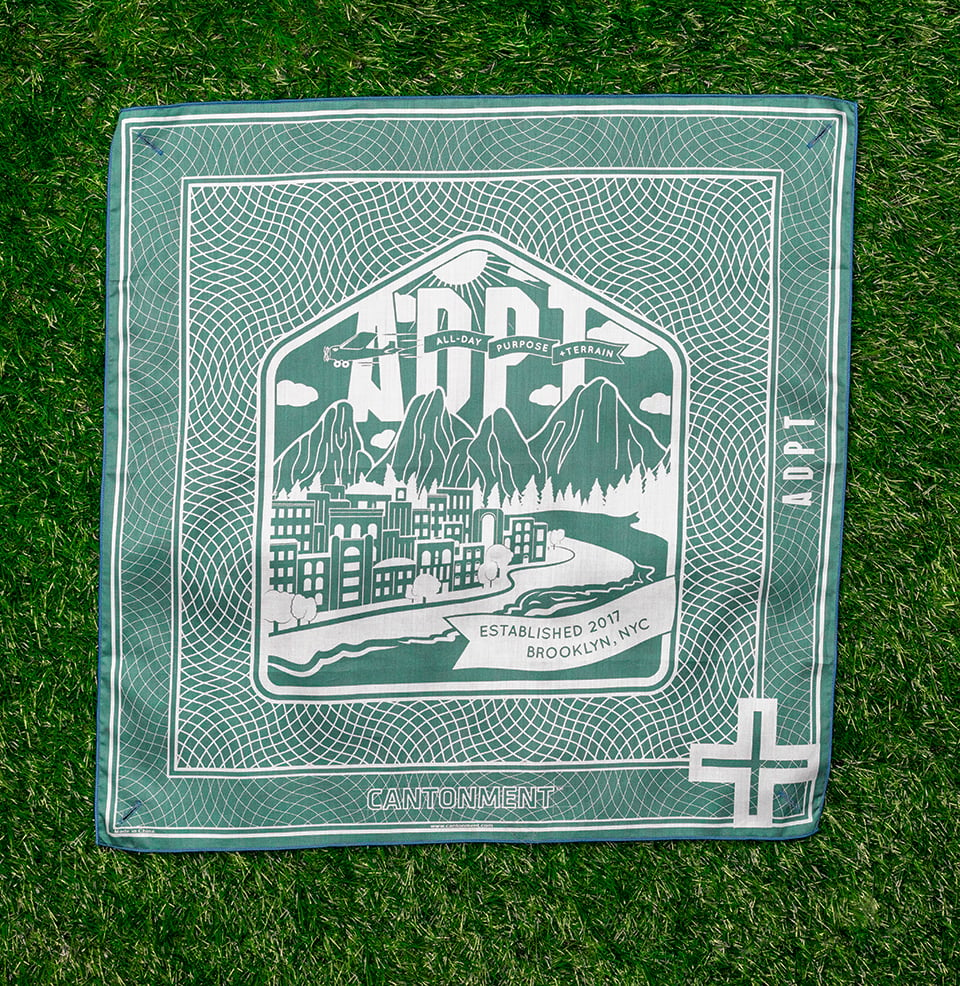 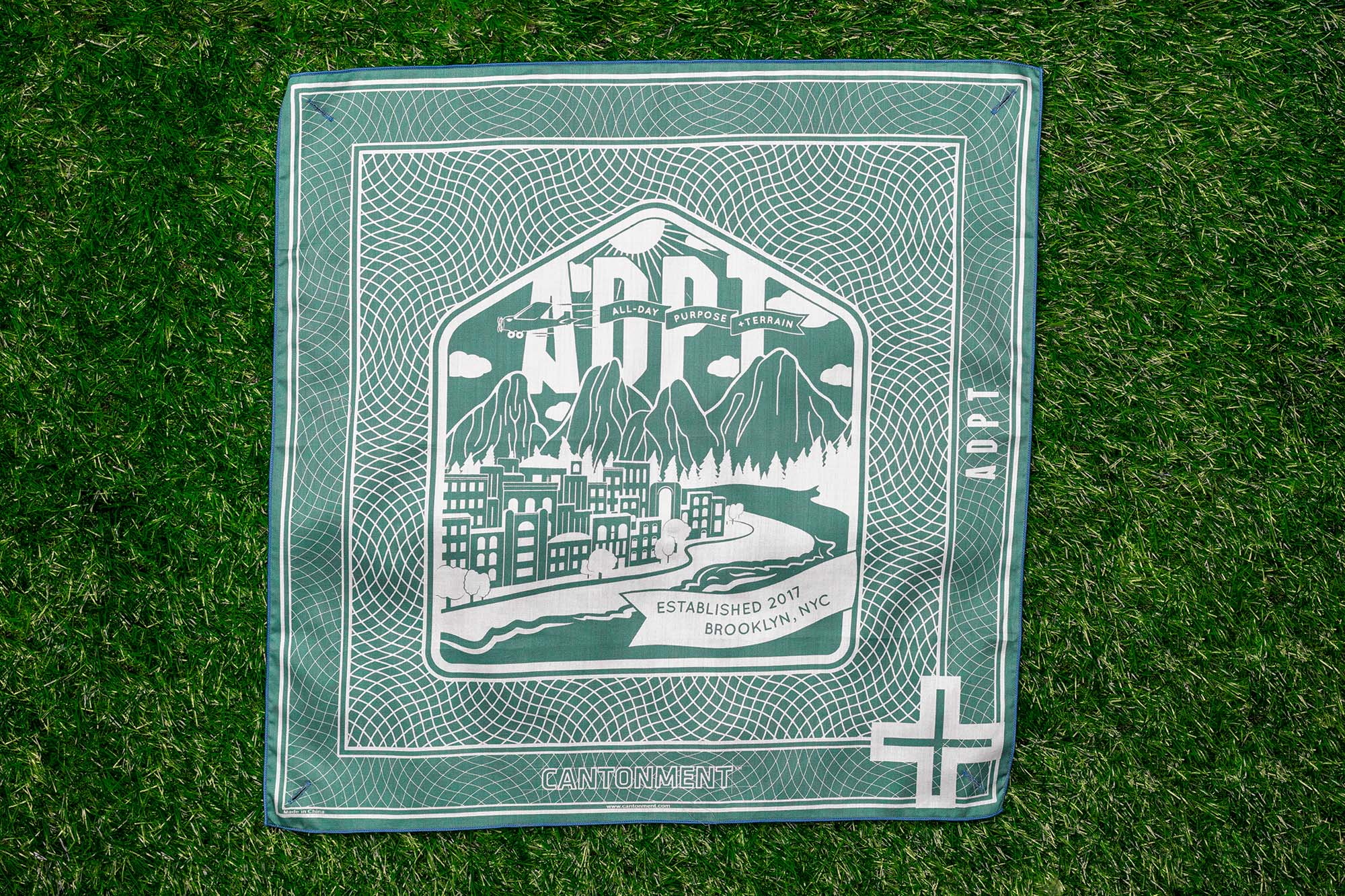 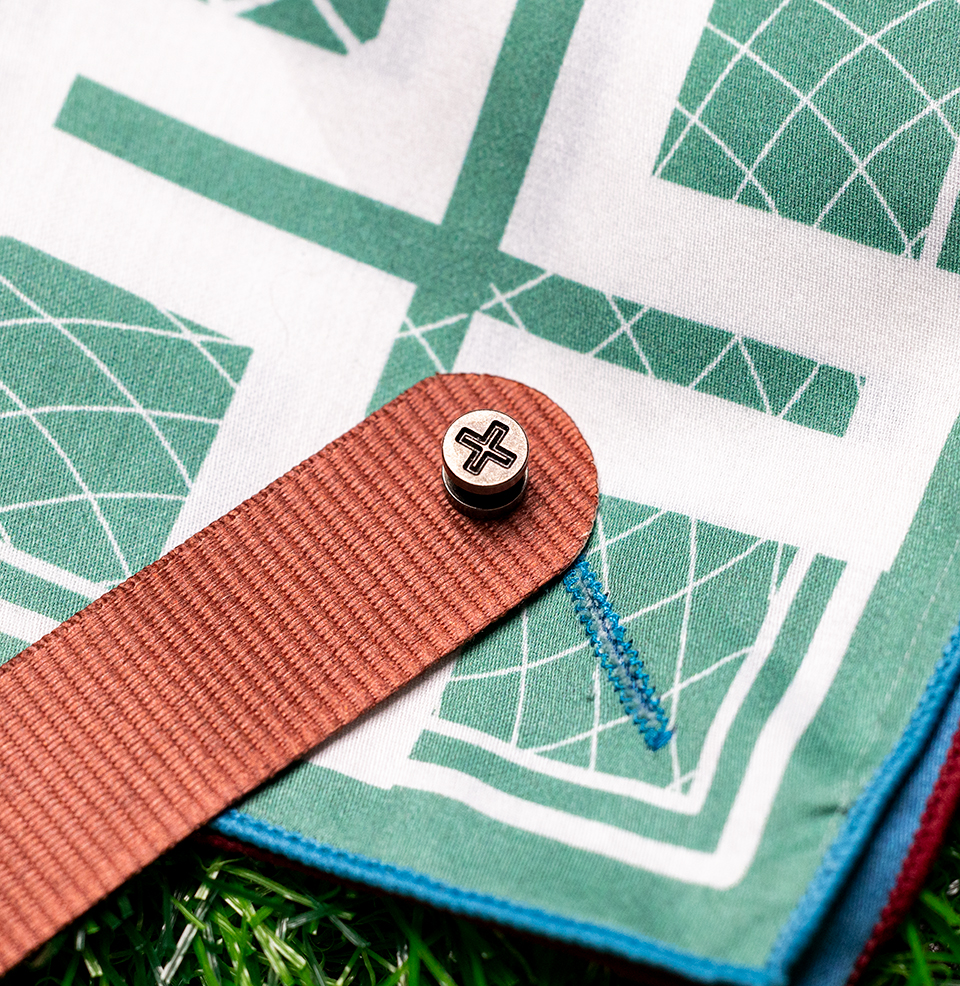 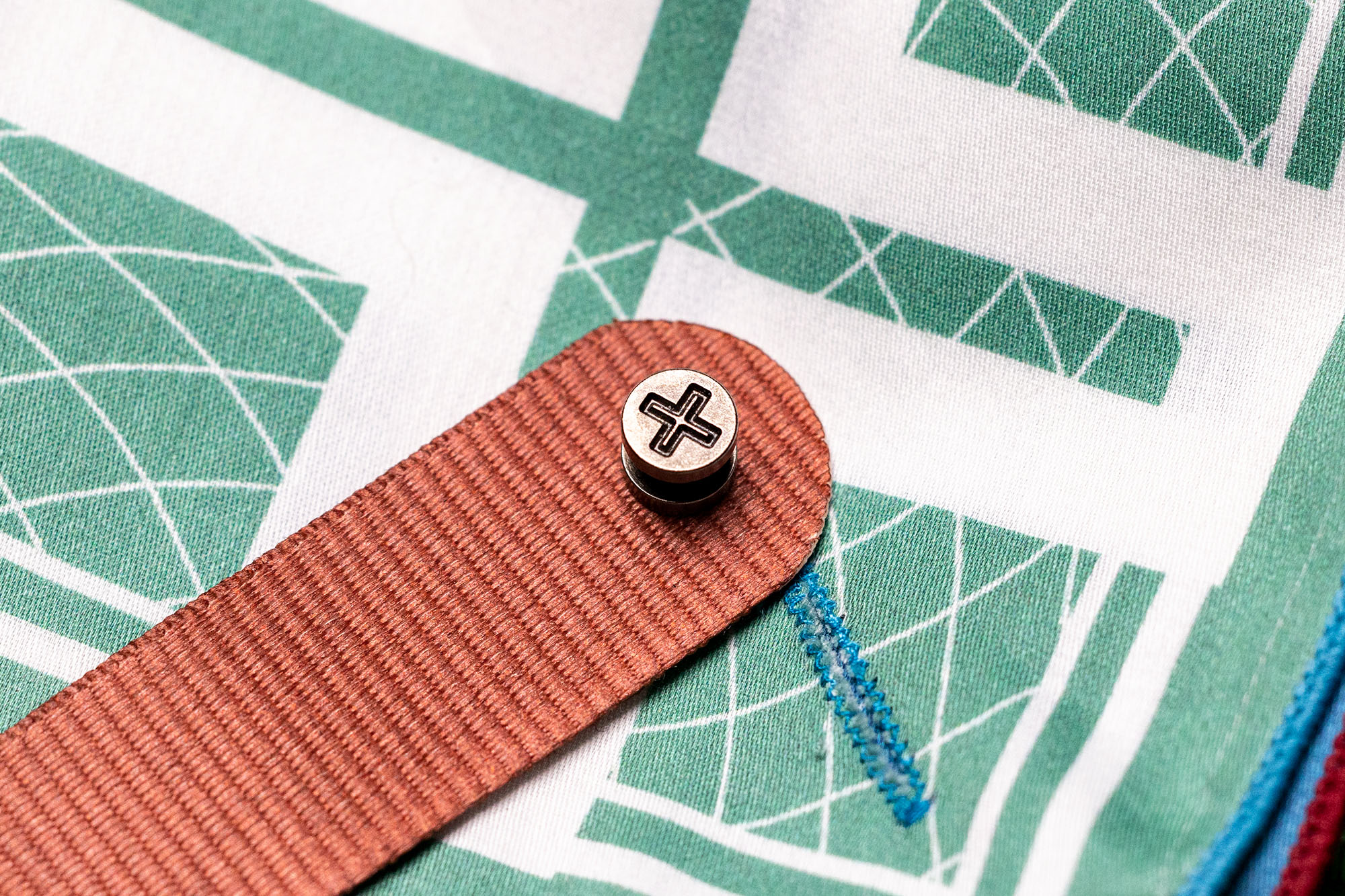 Designed for an active lifestyle
+ 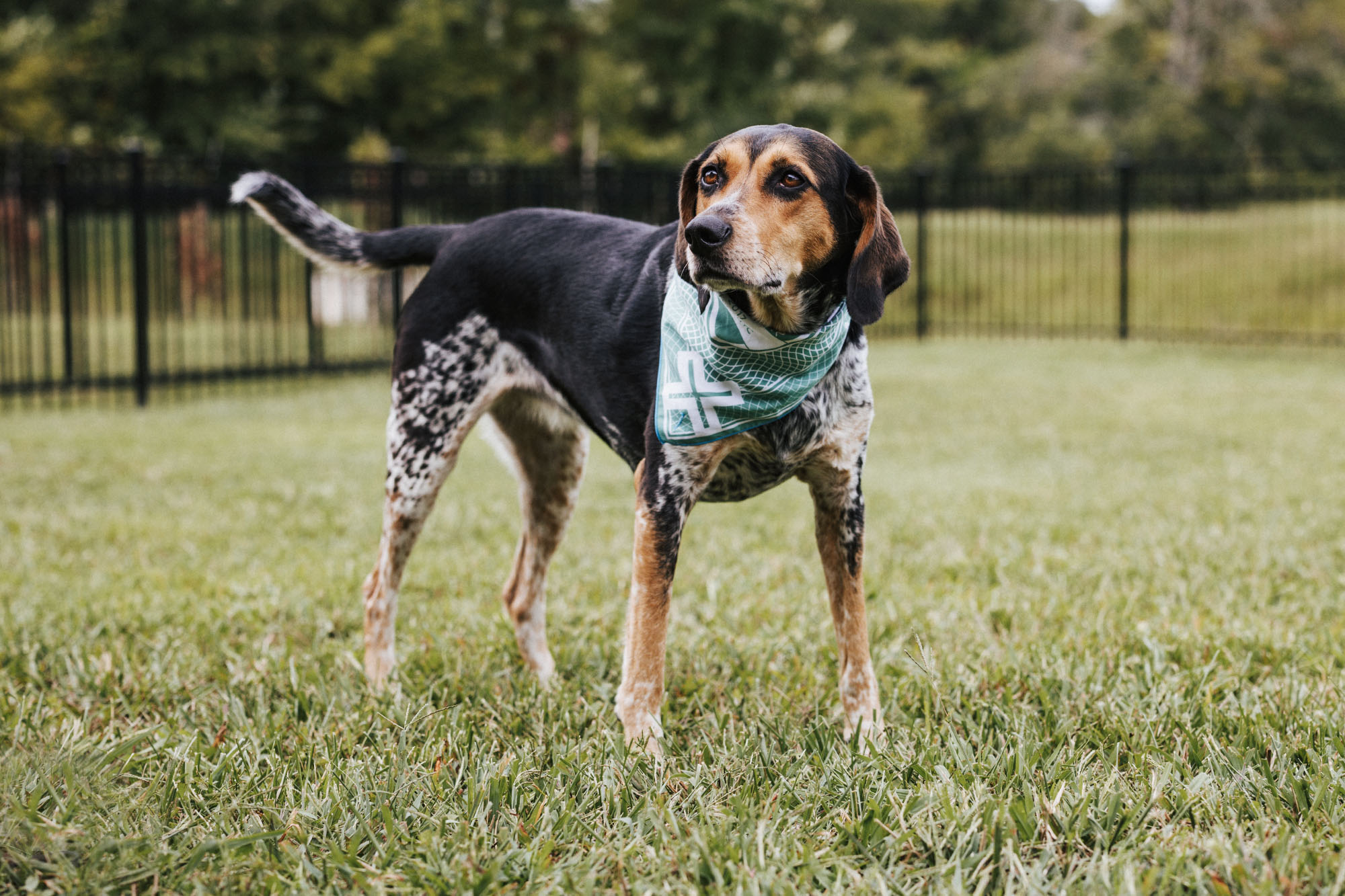 Designed for an active lifestyle 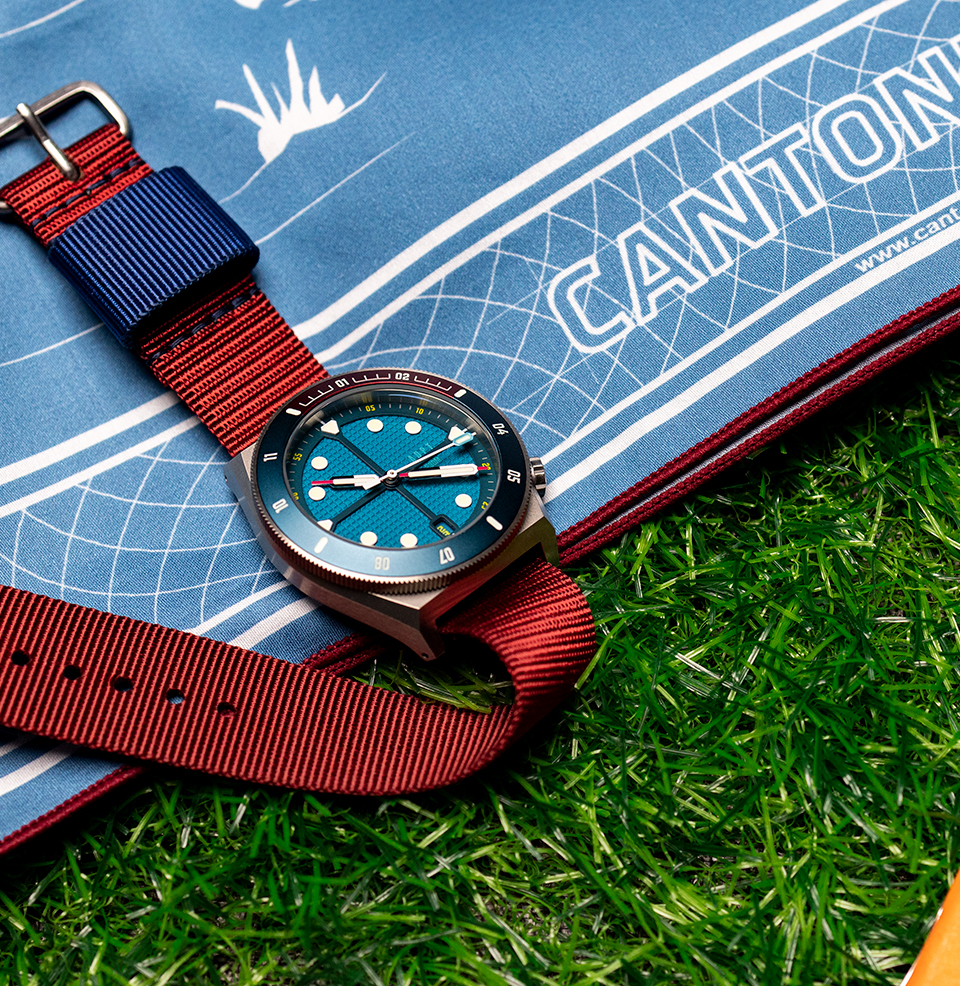 Great for removing dust from your dial
+ 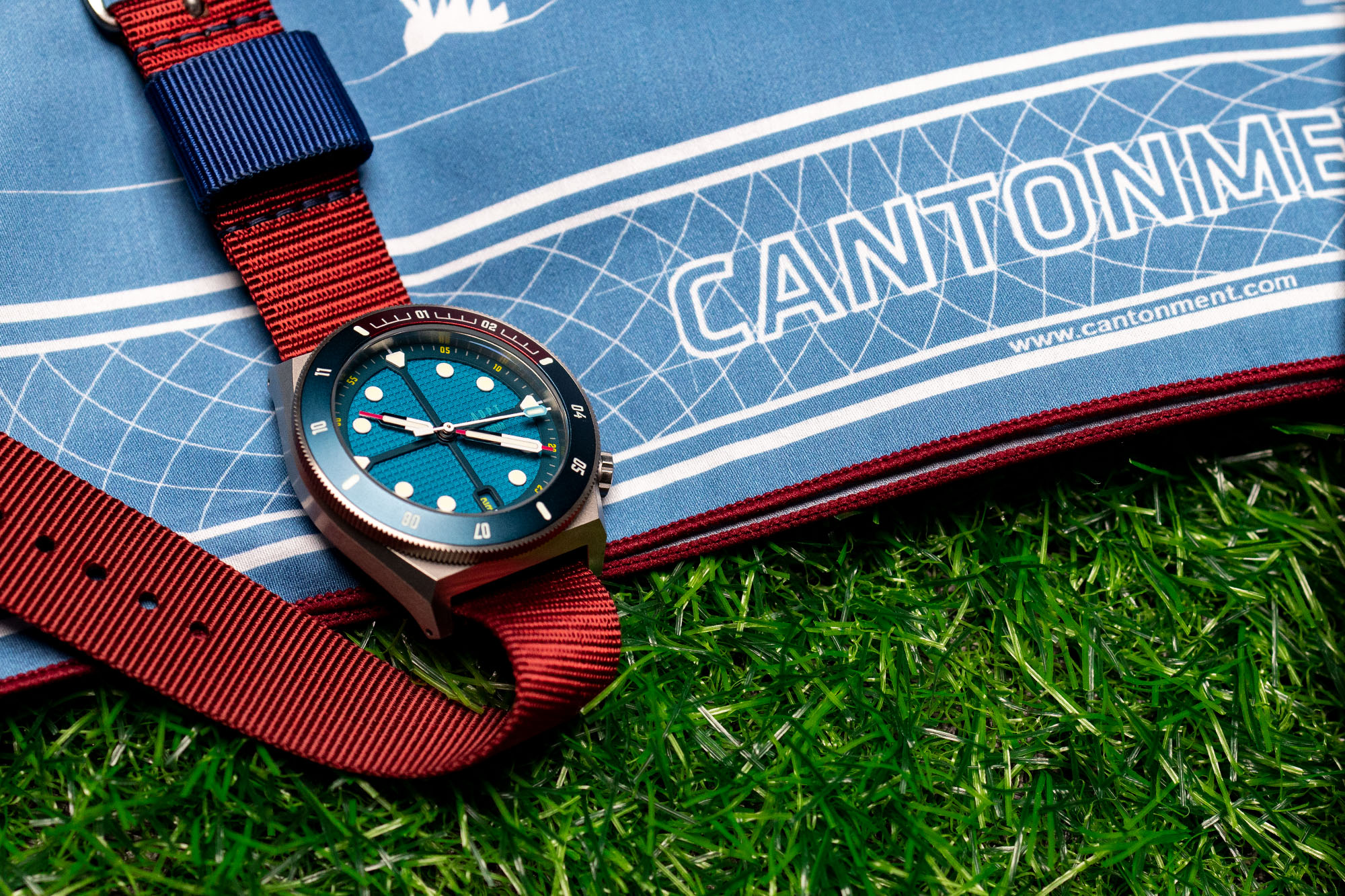 Great for removing dust from your dial 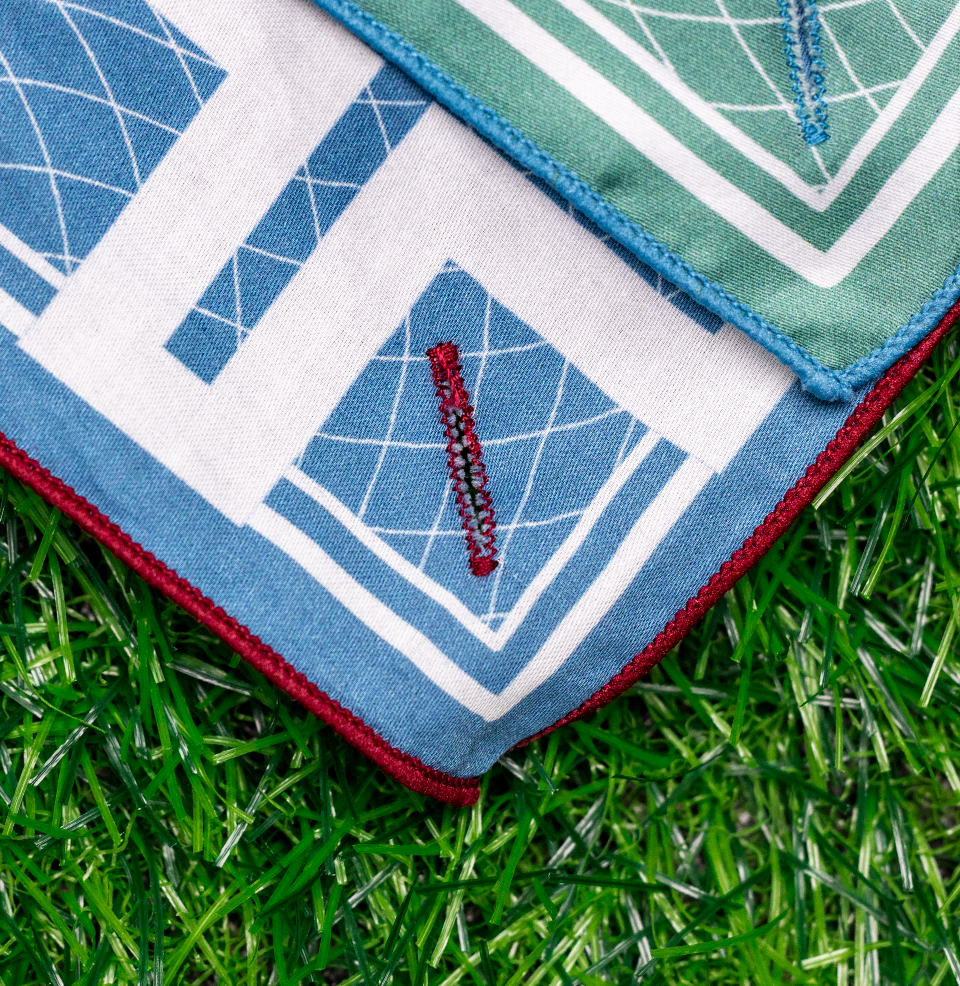 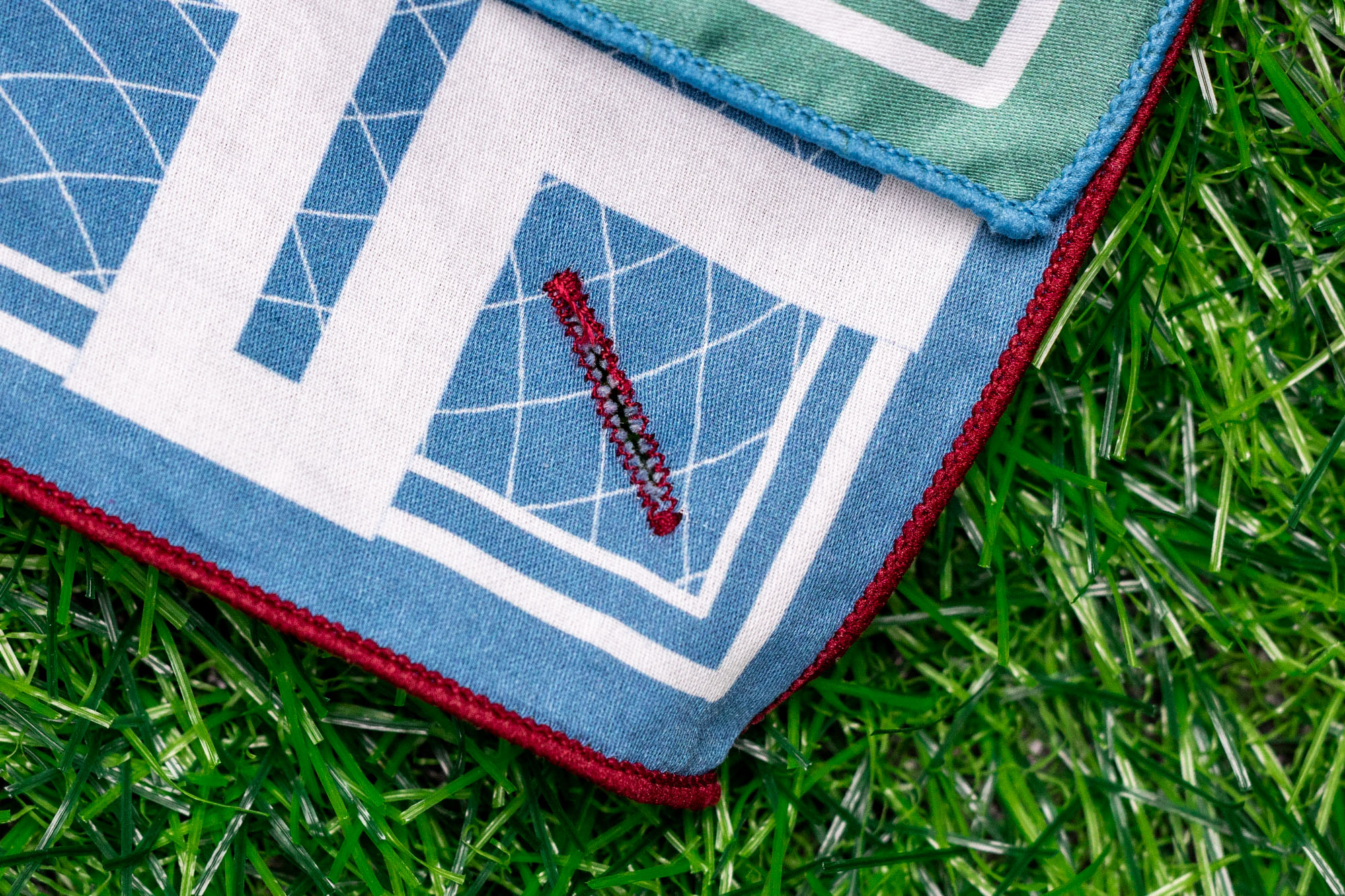 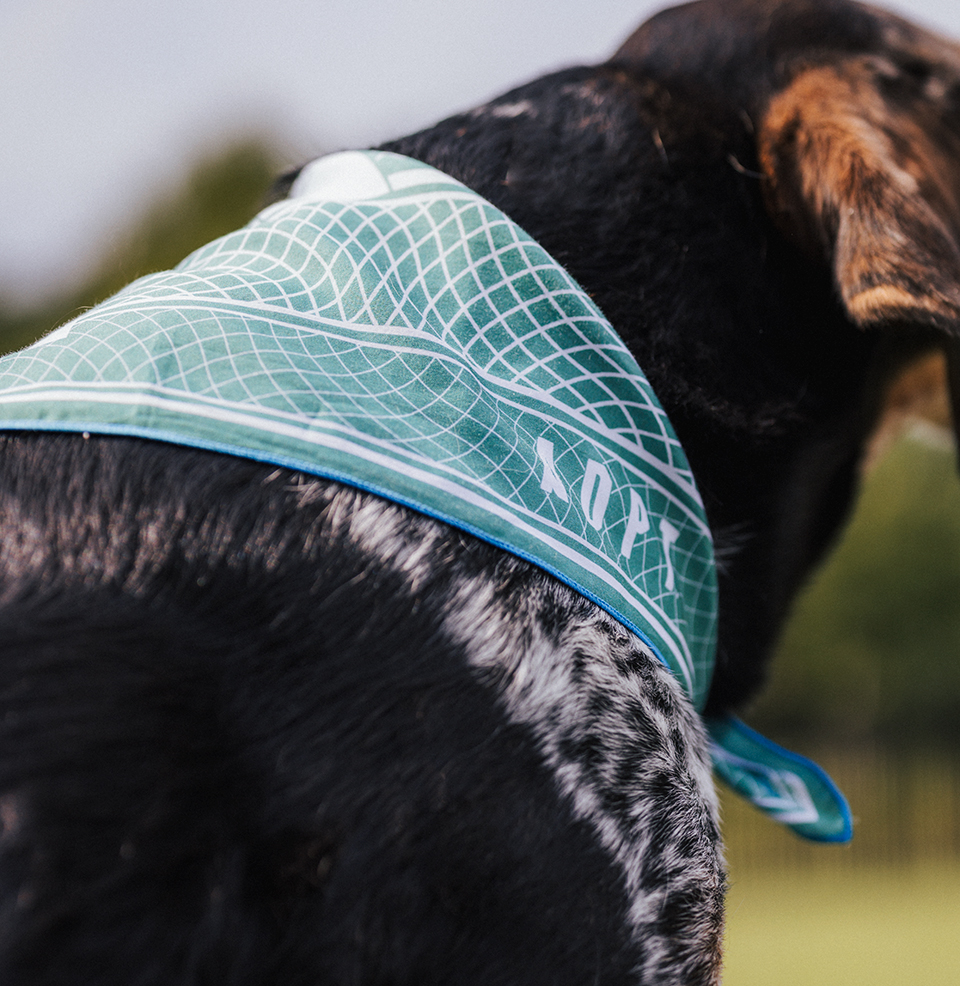 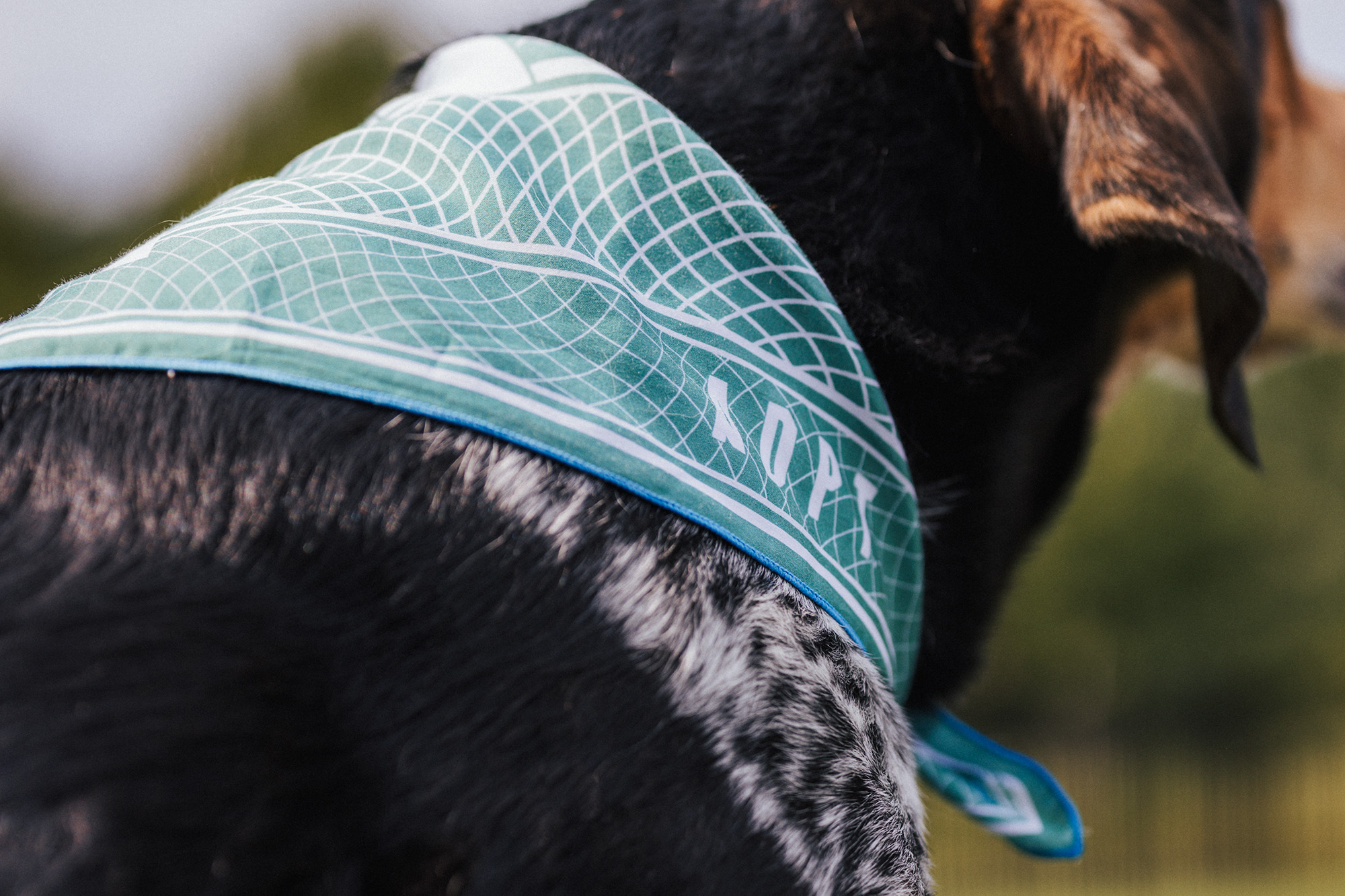 Great for catching sweat!
About Cantonment

Founded in 2020, Cantonment goods are made for those who love a functional aesthetic and tend to split their time between both urban environments and backcountry getaways. The Kerchief — our flagship product, together with our proprietary Woggle-Toggle™ system — is a synthesis of these ideas: form + function, style + substance... or in other words, Stylized Substance™. 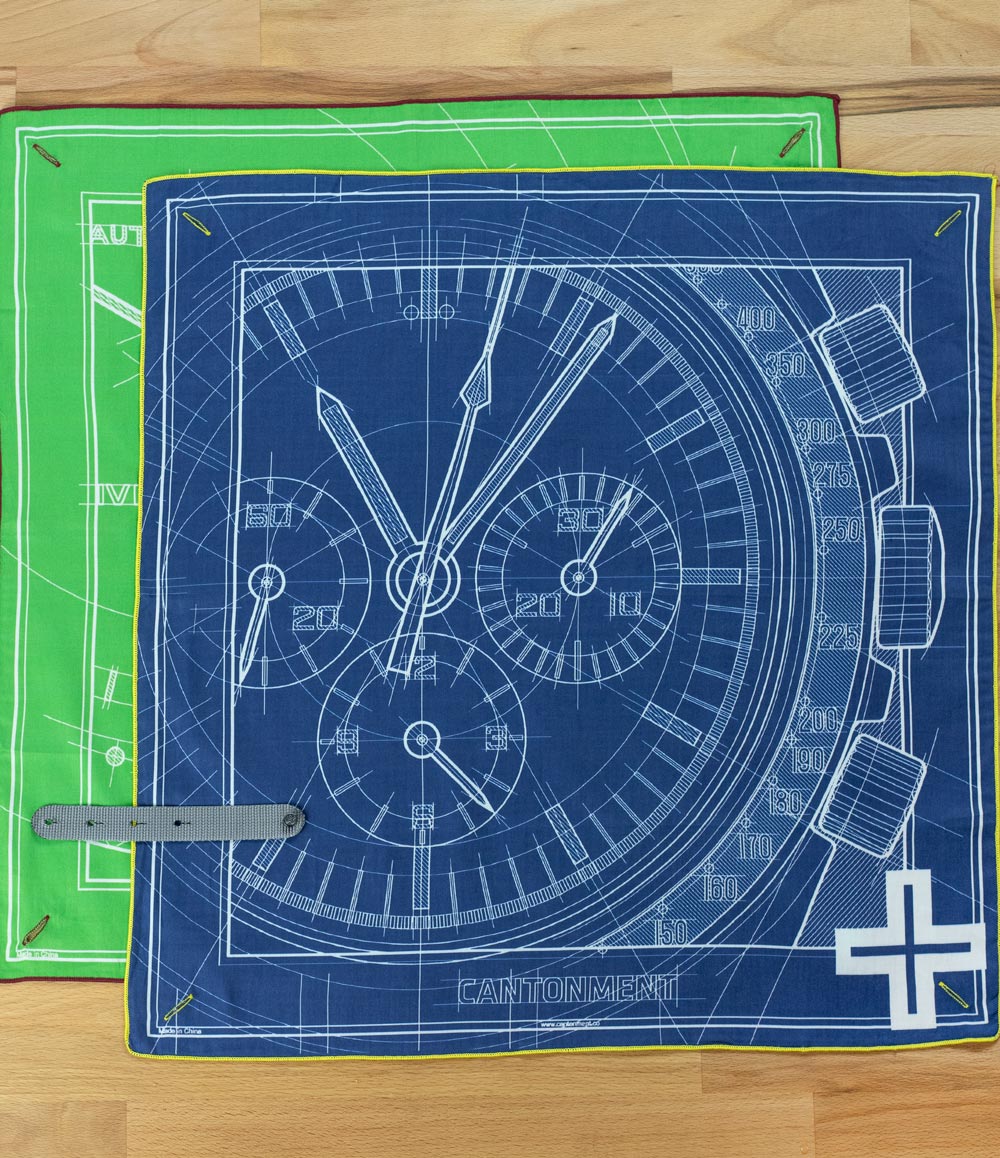 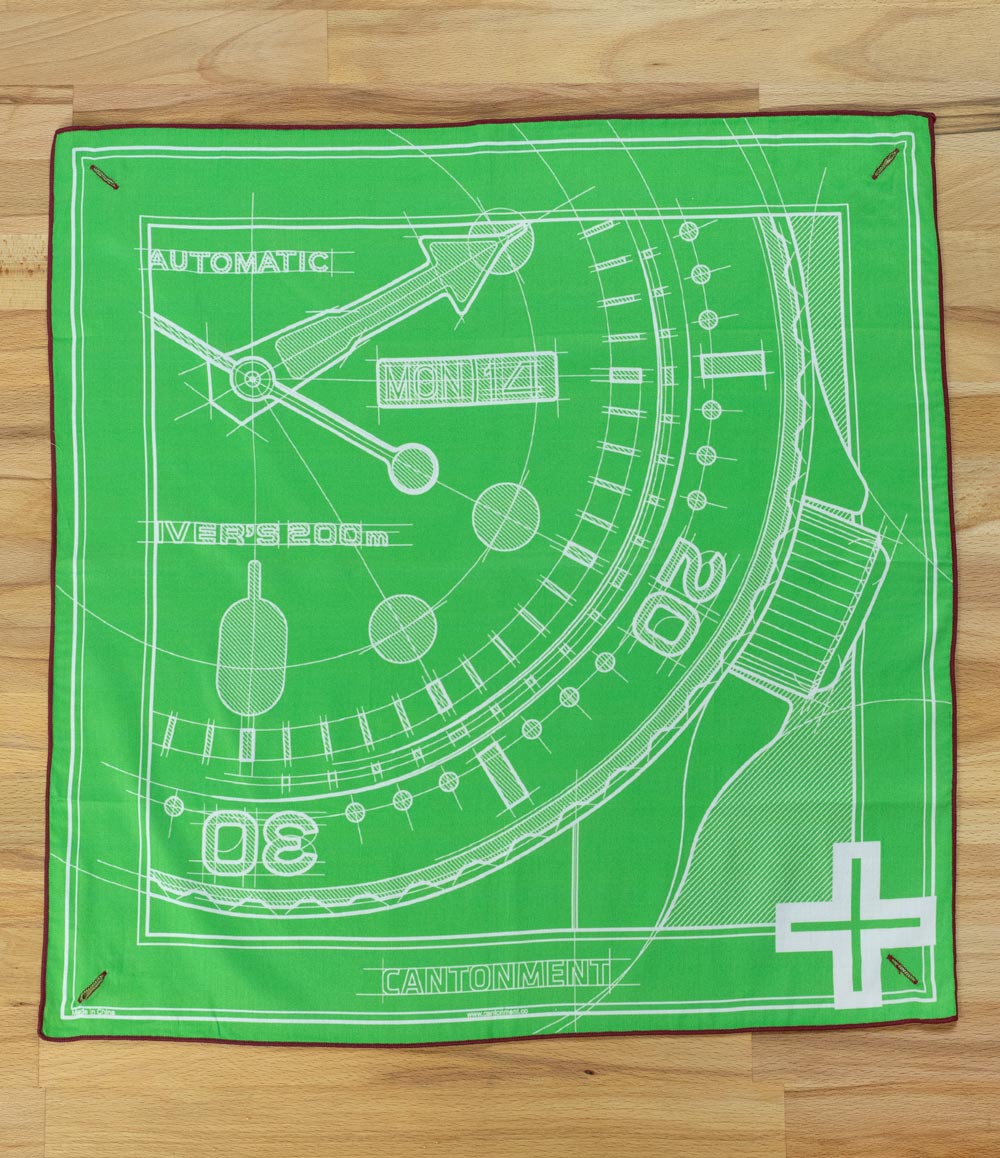 Add To Cart
$40.00
Finish selections for price & availability
Free shipping on orders over $150 in the US
Cart
X
0